What to Talk About When You First Meet a Woman

What to talk about when you first meet a woman will depend on where you meet her.

For example: If you meet a woman at a house party and she’s standing alone.

You: Hey, how’s it going? So, are you having a good time at the party?

Her: [She will respond]

You: [Then talk about how you know the host of the party, or who you know at the party and then ask her how she knew about the party].

Another example is where you meet a woman in a shopping mall.

You: Hey, how you doing? I was just walking along and was going to do some grocery shopping and I saw you. I thought you looked cute, so I thought I’d come over and say hi and introduce myself before we never see each other again. My name’s Dan, how about you?

Her: [Tells you her name]

Another example is when you’re sitting on public transport (e.g. bus, train) and you really want to talk to the girl sitting next to you. You notice that she’s reading a book. So, what can you say?

You: How’s the book?

You: I haven’t read a good book in a long time. The last great book I read was [insert the name of the book you read] and it was awesome. How about you? What is this book like? What it is about?

Another example is where she is browsing Facebook on her smartphone.

You: Hey, did you click like on the photo I posted on Facebook? I just posted it a couple of minutes ago. [Then, smile so she knows you’re joking]

When talking to a woman for the first time, the most important thing that you need to do is make her feel attraction and respect for you as a guy.

It’s not enough for you to just be nice and friendly and expect that she will be interested in you because of that. For a woman to become interested in you in a sexual way, you’ve got to trigger her feelings of sexual attraction for you.

As you will discover from the video above, it’s great to know what to say, but if you’re not coming across in an attractive way, most women just won’t be interested.

When you first meet a woman, your number one aim should be to make her feel sexual attraction and respect for you as a man as you interact with her.

If you fail to do that, it won’t matter what you talk about when you first meet her, because she usually won’t be interested in what you have to say other than to be polite and friendly with you for a while.

In the past, you may have tried talking to a woman and noticed that, even though you were being nice and friendly, she just wasn’t interested in and the conversation dried up. Why?

Simple: You didn’t make her feel attracted and turned on by you. Instead, you probably made her feel boring, standard emotions that have nothing to do with dating and beginning a sexual, loving relationship with a man.

There is no magic conversation script of exact words that you should say to every woman that you meet.

The most important thing is that you are triggering her feelings of sexual attraction for you.

Watch this video for some examples…

When a guy doesn’t understand how to talk to women in a way that causes the woman to feel sexual attraction and respect for him as a man, he may begin to think that there must be some sort of magic opening line, phrase or word for word script that will get any woman in bed with him.

He hopes that when he utters the magic words, the woman will fall into his arms and say, “Your place or mine?” and they will live happily ever after.

To be successful at talking to and picking up women, you don’t need to know magic lines (they don’t exist) or tricks (women will sense that you’re up to something, so just be real and authentic).

If you want to be successful, just focus on being attractive to the woman during the conversation (i.e. be confident, charismatic, charming, funny, etc) and get her to feel respect for you as a man. Nothing else matters.

Don’t Try Hard to Impress Her

When you try too hard to impress a woman during a conversation, she will usually make you try even harder by playing hard to get.

She will enjoy all the power you are giving to her and try to get you to jump through as many hoops as possible, to bring your confidence down and allow her to gain mental and emotional control over you.

That is the LAST thing you want to allow a woman to do.

If a guy does that, he is asking for trouble and can expect to be dumped. Why?

1. Although it might feel like a bit of fun for her initially to have a puppy dog for a boyfriend, she will eventually become deeply turned off by how he lets her walk all over him.

2. When she eventually dumps him, she won’t feel much pain because she won’t have allowed herself to truly love him.

He will most-likely have jumped through so many hoops to try to get her to like him and give you a chance to be with her that he will have fooled him into thinking that she is “the one” for him and that no other girl can compare.

He may think, “If I feel this strongly about her, she MUST be the one” and he’ll then do anything that he can to keep her.

Yet, all along, she never really respected him as a man and doesn’t feel much or any sexual attraction for him, so she isn’t going to be interested in giving him another chance unless he suddenly learns how to make her respect him and feel attracted to him enough to justify giving the relationship another chance.

3. Women want to feel lucky to be with you, rather than feeling as though they are doing you a favor by being with you.

If a woman feels like a guy isn’t good enough for her, it won’t last long at all. She will begin to pull back her interest and affection, which will usually cause the guy to become insecure and clingy, which will turn her off even more and she will then dump him.

Making a woman feel lucky to be with you can be achieved by being a bit of a challenge for her to win over.

Watch this video to understand how that works…

As you will discover from the video above, it’s only natural that attractive women want a guy who is more of a challenge to impress.

If a woman is attractive, most guys on the planet are willing to have sex with her (at least once) just based on her appearance, which is boring for her.

Don’t Over-Prepare What You’re Going to Talk About 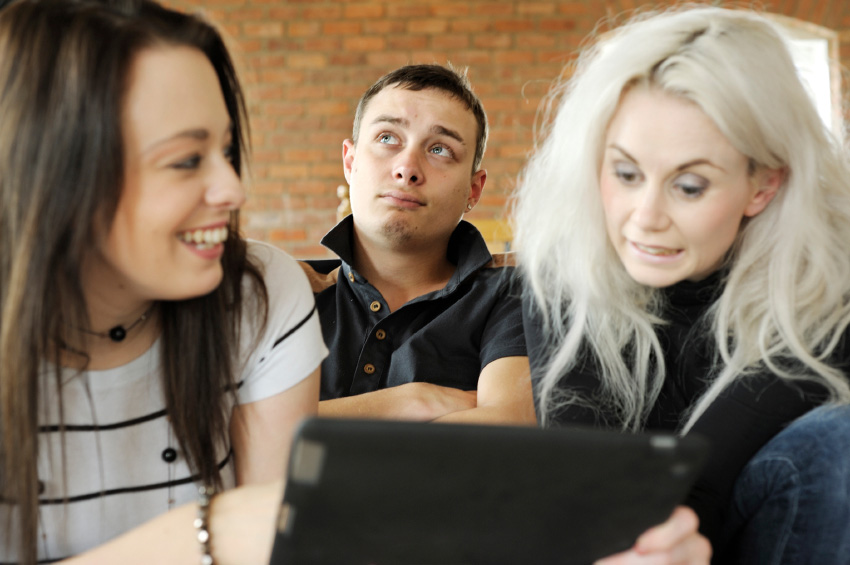 One of the rules of being an alpha male (i.e. the type of guy that women feel the most attracted to) is to know that “Whatever you say is cool – that’s the golden rule.”

If you over-prepare what you’re going to talk about with a girl, then you are not thinking and behaving like an alpha male and will thus be less attractive to her.

An alpha male will simply say whatever he feels like saying and know that whatever he wants to talk about will is more likely to be considered cool and interesting because it is coming from a confident guy who believes in himself and his value to others.

If you doubt yourself and your value to others, people will pick up on it. Beautiful women are not attracted to self-doubting, nervous guys who don’t think that they’re good enough.

Some beautiful women do accept a guy like that for a while, but it doesn’t mean that he’s not going to get dumped or she won’t divorce him and take half his money 5 years into a marriage.

If you want to be able to keep a relationship with a beautiful woman together for life, you’ve got to be able to attract women when you meet them and then deepen your chosen woman’s feelings of love, respect and attraction for you over time.

It’s easy to do once you have been educated in the art of attraction, but if you never learn this stuff and try to guess your way through interactions and relationships, it’s only natural that you’re probably going to make mistakes that lead to you being rejected or dumped.

Some guys are naturals when it comes to women, but most guys need to learn a thing or two.

If you want to be successful at talking to women, you’ve got to believe in yourself and what you have to offer to women during a conversation.

The moment you begin to doubt yourself and worry about whether or not she likes you is the moment when you become less attractive to her. The more belief you can have in yourself, the more attractive you will be to her and then anything you say will be all the more interesting to her.

How to Pick Up Women Who Work in Clothing Stores