How to Talk to a Girl You Like: Essential Tips

When talking to a girl you like, the most important thing that you need to do is make her feel attracted to you.

One of the ways that you can do that is by displaying confidence around by while being your true self.

She Doesn’t Want You to Feel Intimidated 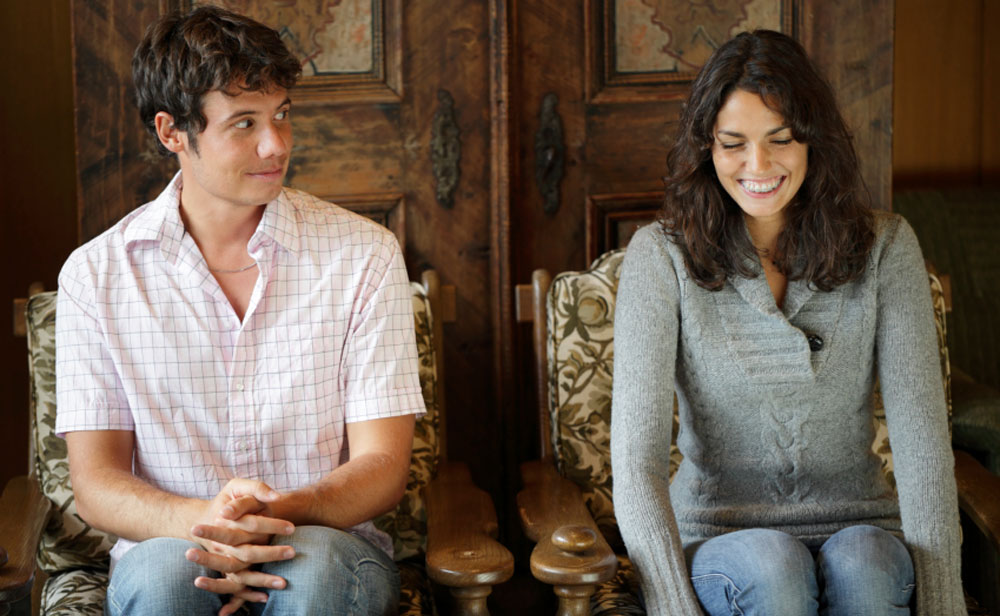 As you may have noticed, most guys feel intimidated by attractive girls. They feel like those girls are out of their league and are too difficult to talk to or pick up.

If the girl that you like is attractive, then she is used to guys feeling intimidated by her. She is also tired and bored of guys wanting her so easily, without her having to do anything to impress them.

Simply based on her appearance, most guys wish they could get a chance with her, which then leads her to wish that she could meet a guy who is more of a challenge and who isn’t intimidated.

A lot of guys don’t know how to attract girls and because of that, they focus on trying to be liked by girls for being nice to them.

They hope that if they are just nice enough to a girl, she will hopefully give them a chance to be with her. Yet, that’s just not how it works. Here’s why…

If you’re reading this now, you are most likely already a good guy. You have good intentions with girls and you are friendly, trustworthy and likeable, but girls just don’t seem to be interested in you.

It’s not because you’re a good guy. It’s because you haven’t been making women feel attracted to you. Watch this introductory video about attraction to understand what I mean…

3 Mistakes to Avoid When Talking to a Girl You Like

A big part of knowing how to talk to a girl you like is in knowing what to avoid doing. Here are some classic mistakes to avoid…

1. Don’t pretend to just want to be her friend

If you want to have a sexual relationship with a girl, you need to make her feel sexually attracted to you and you also need to let her know that you find her sexually attractive.

Pretending to be her friend and just hanging around her and talking for hours is easy to do, but it doesn’t mean that she will want to have sex with you or be your girlfriend.

You can talk to her for hours, but if another guy comes along who knows how to make her feel sexually attracted and then escalates to kissing and sex, it means that you will be slam dunked into the friend zone.

If you’ve been pretending to want to be her friend and haven’t been making her feel much attraction, then she’s most-likely going to accept that you just want to be friends. She will also just see you as a friend or someone she knows and won’t worry about leaving you behind to hook up with a guy who makes her feel sexually attracted.

You might feel shocked and disappointed when she does that because you had thought you were getting along so well, but what you were missing was the key ingredient of sexual attraction.

You were also pretending to just be interested in her as a friend or pretending that you wanted to take things slow and get to know her for a while, when you were secretly fantasizing about kissing and have sex with her ASAP.

So, don’t pretend to just want to a girl’s friend. Make her feel attracted to you, show her that you find her sexually attractive and then escalate to kissing and sex or at least get her out on a date with you. 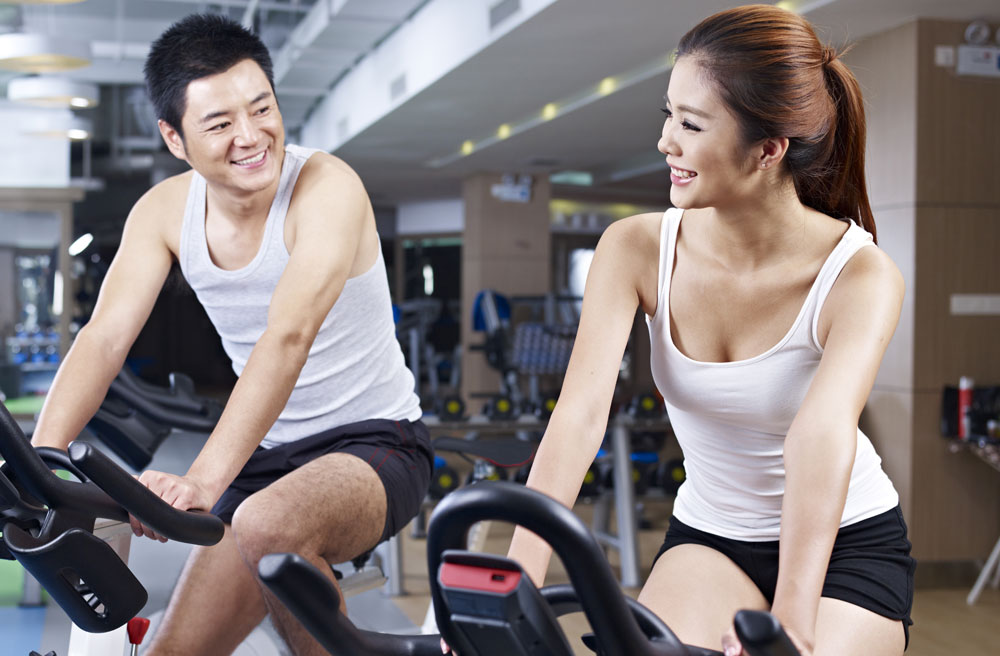 There’s nothing wrong with being a good guy. You do not have to become a bad boy to attract women or have your choice with women.

Yes, some women are attracted to bad boy, but that isn’t because the bad boy is a bad person. Instead, it’s usually because he is very confident and masculine around her and that makes her feel attracted. She will be aware that isn’t a very good guy or isn’t very trustworthy, but she will still act on her feelings of attraction for him.

The same thing applies to guys who feel attracted to strippers. A guy might go through life saying, “I want a nice girlfriend who is intelligent, pretty, down to Earth, loyal, sweet, etc.”

Then, if he goes to a strip club, all of that will be forgotten when he gives in to his intense feelings of attraction for the strippers. A guy might even go against what he has been telling everyone else and say, “Wow! I would marry her. She’s not like the other strippers. She’s nice.”

He will try to convince himself that she is a nice, trustworthy woman because he wants to act on the intense feelings of attraction he is experiencing.

The same applies to women when it comes to bad boys. Some women will act on their feelings of attraction for a bad boy, even though they know he isn’t a good guy for the long run.

So, does that mean you have to become a bad boy to succeed with women?

A lot of guys make the mistake of being too nice to girls in the hope of being liked. For example: He might do her a lot of favors, listen to her talk non-stop about all of her problems in life, laugh at all of her jokes and treat her extremely well in the hope that it makes her “like” him.

Yes, doing that will make a girl like you as a friend, but it won’t cause her to feel sexually turned on by you. What will make her feel that way is you creating a spark of attraction between you and then building on that.

Some of the ways that you can create a spark of attraction is by being confident, masculine (in your behavior, thinking, conversation style and actions), flirting with her and turning her on in different ways during a conversation. If you don’t know how to do that, I recommend that you read my ebook The Flow, which is jam-packed with ready-to-use examples for talking to and attracting girls.

3. Don’t expect her to lead the way 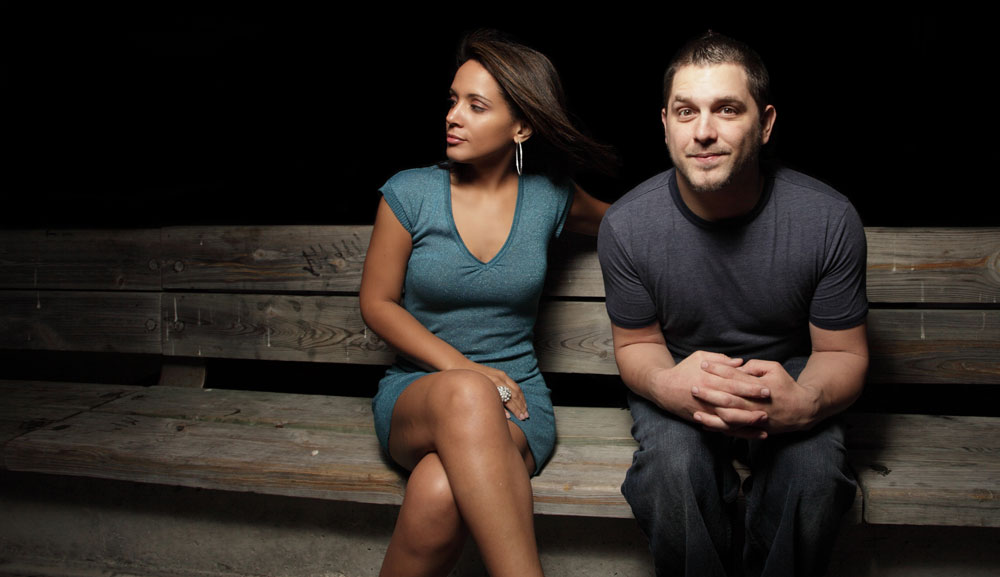 When you make a girl feel a lot of attraction for you, she will sometimes directly tell you that she likes you. She may even suggest that you and her go on a date or catch up sometime.

However, not all girls are the same.

Some are shy and are worried about getting rejected by you. Some are very confident and will not go on a date or even kiss you unless you pass her confidence tests.

For example: An attractive, confident girl might test your confidence by not contributing much to a conversation. If she sees that you become nervous and unsure of yourself, she has instantly discovered that you’re not the guy she is looking for.

She needs a guy who is more confident than her and who doesn’t buckle under any pressure she introduces into the conversation. To get girls like that, you need to know what to say and do when they test you.

Want to Learn More About How to Talk to a Girl You Like?

If you want to learn exactly what to say and do around any girl (i.e. shy girls, confident girls, very attractive girls, etc), I recommend that you read my ebook The Flow. It is jam-packed with my best tips and techniques for talking to girls, getting them attracted and then escalating to kissing and sex.

I will show you the secrets to making a girl feel LUCKY to be talking to you. She will feel so much attraction for you that things will just flow from one stage to the next seamlessly. It really is very easy to do once you use the right approach with girls.

Most guys don’t realize how easy it is to pick up girls. It’s one of the easiest, most exciting things that you will ever learn to do in your life as a man.

Is it Okay For a Man to Compliment a Woman on Her Appearance?