You’ve got a hot girl’s phone number and you’re about to press “call” on your phone to talk to her. You’re really excited about talking to her but you’re feeling nervous too because you like her and you want to make a good impression – does this sound familiar to you?

Talking on the phone is something most of us do on a daily basis without giving it a second thought, and there’s something about not being face-to-face with the person on the other end of the line that often makes it easier to say things on the phone that you might not say in person, right? So why is it that making a simple phone call suddenly feels like a big deal?

If you want to know how to talk to a girl on the phone, you’re probably looking for advice on what to say, how to say it, and how to make sure she’s looking forward to you calling again.

You could also be looking for tips on how to make sure a phone call leads to more – maybe a date, maybe a relationship? The phone call suddenly is a big deal because you’re worried that if you don’t get it right, you might blow your chances of talking to her again, right?

The simple answer to the question of how to talk to a girl on the phone is just be yourself, while also focussing on making her feel attracted to you. If you’re feeling nervous, you’re probably worried it can lead to being overly formal and overly cautious in your approach, which will turn the girl off.

It can also go the other way and lead to you trying a bit too hard to disguise your anxiety to the point where you end up sounding a little over the top. So what’s the answer? The answer is to be confident in who you are; know who you are as a man and feel comfortable just being that man. 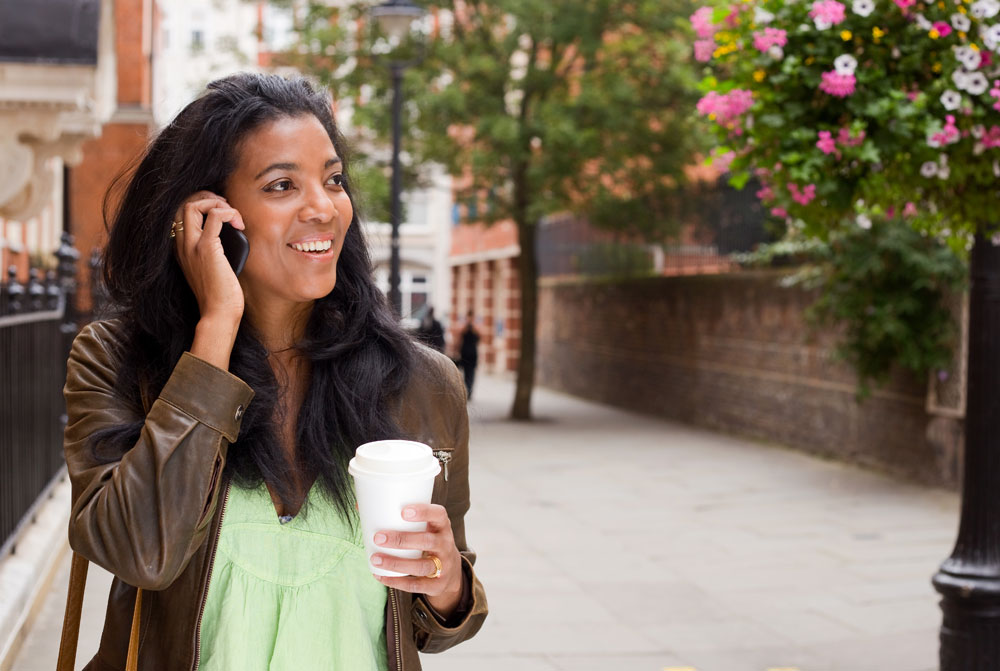 When you have genuine self-confidence, you never feel anxious about talking to people, whether it’s face-to-face or on the phone, and you’re never fearful of not creating a good impression because you know that you’re the real deal and people are going to pick up on that vibe when they talk to you.

Before we get into the Dos and Don’ts, you might want to watch this eye-opening video by Dan Bacon (founder of The Modern Man) to quickly understand where a lot of guys go wrong with conversation and what Dan recommends you to do instead…

In fact, rip up the list and bin it! Normal conversations don’t have scripts so phone calls should not be scripted either!

All you need to be is yourself. Normal conversations aren’t structured, the topic of conversation bounces around depending on the responses and reactions of the speakers, right? Your phone conversation needs to be just as natural and free-flowing. 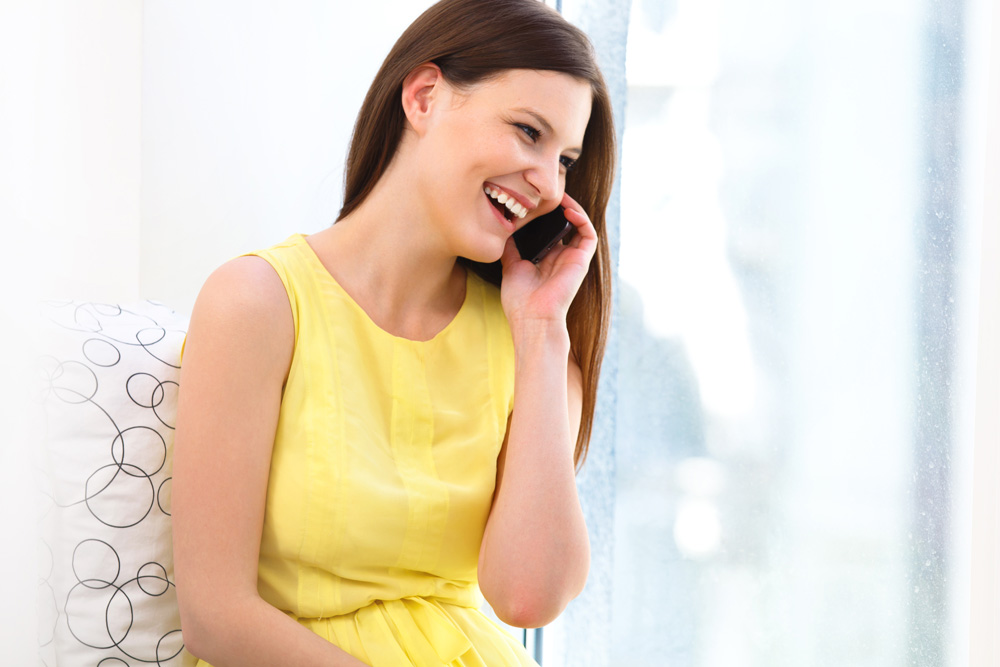 It’s not just about what you say, it’s about what she says, so you need to be listening and responding, not scoring off “things to say” from your list without paying any attention to what’s being said!

If you listen to her responses, you’re going to find plenty of opportunities to expand on her input and a really interesting conversation that’s relevant to both of you will naturally evolve from there.

Don’t…try to be someone you’re not

This follows on from the above in that trying to “script” the conversation can lead to trying to follow a format that shows all of your personality.

For example: If you’re worried that the things you normally talk about in your daily life might actually be a bit boring, you might slip a joke into the conversation in an effort to show your fun side and your sense of humour.

If it’s a joke you’ve just read off a web page and it’s not actually anything to do with the real you, it’s probably not going to sit right in the conversation and she’s going to sense that you could actually be a fake. Nobody likes a faker. If she’s not sure whether or not she can believe anything you’re saying, why should she believe in you as a person?

Yes, it all comes back to being your true self. Don’t forget that conversation skills include listening as well as talking. It doesn’t matter whether you think your daily life is boring, all that matters is how she responds to your conversation openers and how the conversation naturally flows as two people add their own thoughts and opinions to the mix. 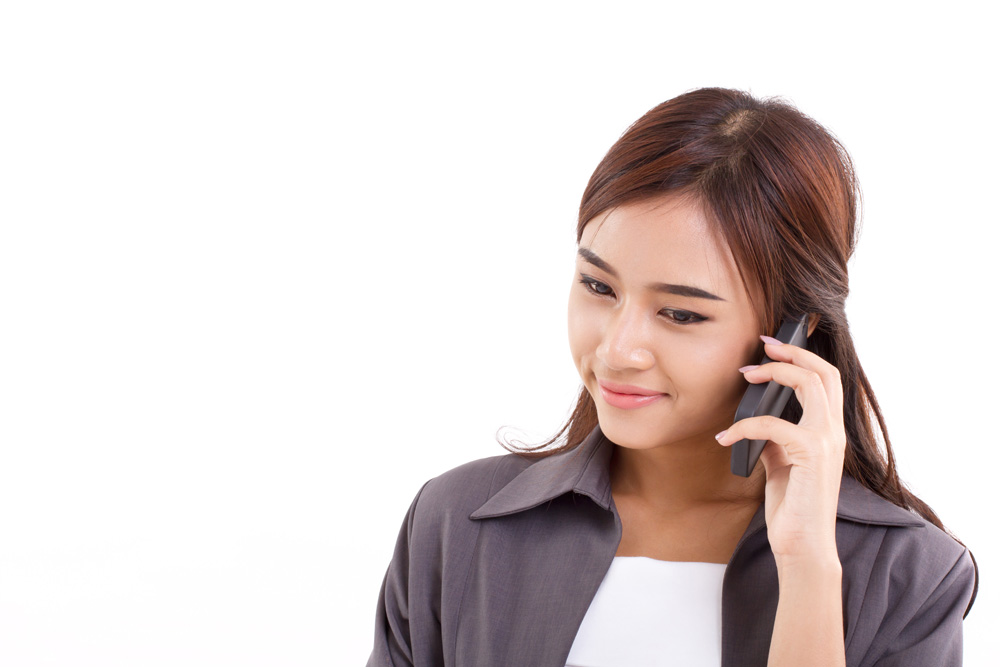 When you call a girl, it’s not all about you so take the pressure off and talk about her too! The natural flow of the conversation will allow each aspect of your personality to shine through when it’s appropriate without trying to force it.

Don’t…try too hard to be liked

Trying to show every aspect of your personality in one conversation can lead to coming across as a fake, and trying too hard to say what you think she wants to hear can have the same effect.

In an effort to be liked, it’s all too easy to slip into agreeing with everything she says and being into all the same things – same music, same bands, same kinds of food etc. – but if it’s not the real you, you’re on a slippery slope to becoming insincere, and she’s not going to be turned on by the idea that you don’t actually have a mind of your own.

In fact, your desperation to be liked by her will make her question whether you’ve got anything else going on in your life.

When you’re a man who knows his own mind and you’re not afraid to stand by who you are and what you stand for in life, you’re an attractive man. Always remain true to yourself, even if it means not going along with her opinion on something, because that way she knows that you’re a man who has what it takes to lead the way in life – she’s going to be turned on by that.

Trying too hard to be liked can also mean you end up talking for hours when you call her and that you’re always available to take her calls whenever she wants to talk. This might seem like the right thing to do because “being there” for her is going to make her like you, right? Wrong.

You want her to like you as a potential boyfriend, not a friend. Being at her beck and call does not make her feel sexually attracted to you, it makes her feel like you’re a friend she can call on whenever her latest boyfriend has upset her in some way.

Do…take action to do more than just talk

Being a bit of a challenge for a woman is great, but if you play too hard to get it can backfire.

A woman loves the chase and she loves the sexual tension that builds as she works at getting your attention, but if you don’t take action to move on from talking when she wants you to, she might begin lose interest and hook up with another guy instead…often, just to make you jealous and see how you will react.

You need to be the man so that she can be the woman. When you know how to flirt on the phone and you know how to escalate a conversation into going on a date, kissing her, and naturally leading the way into sex and on into a relationship, you’re a man that she wants – NOW.

Dealing With a Break Up: Do You Want to Move on or Get Her Back?