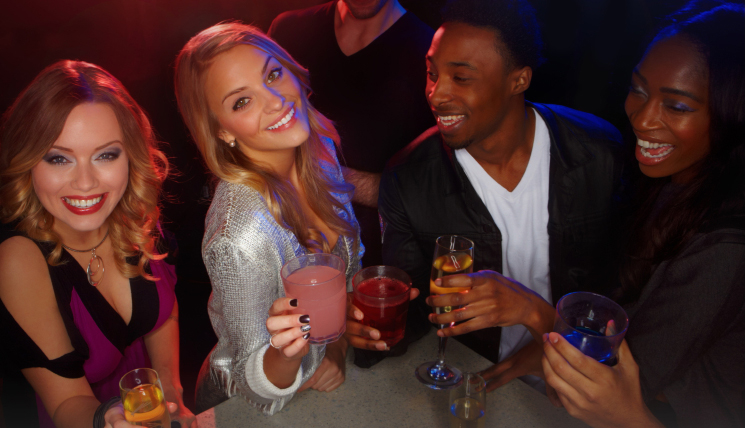 When you’re talking to a woman who is attracted to you and you’ve been getting along well with, all you have to say to her is:

“Hey, it’s been cool talking to you. Do you want to talk again sometime?”

Most of the time, women are going to say, “Yes.” If the woman is not attracted to you or doesn’t like you, then she will way something like, “No, that’s fine, let’s just leave it at this. It was nice to meet you…I hope you have a good night” to let you know that she doesn’t want anything else to do with you.

However, if she says, “Yes” then it’s a clear sign that she is open to talking to you again.

After she says “Yes,” simply take out your phone and open up it to the section that she can add in her phone number and then hand her your phone and say, “Cool…put your number in.”

Most women will put their number in right away.

What I like to do at that point is call the girl’s phone number right away. I will say, “Hey, I’ll call you right now so you’ve got my number and you know that it’s me if I do text or call you.”

Calling her number right away (or sending her a text while standing in front of her with something like, “Dan – the hot guy from the bar.”) is better because when you do call or text in 1-3 days, she will know that it is you.

Attractive women don’t usually answer their phone when unidentified numbers call them because it’s often an ex-boyfriend who she doesn’t want to speak to, or some admirer who keeps calling her.

Additionally, if a woman is leading a busy lifestyle (e.g. with work or study in addition to a busy social or family life) then she won’t always be available to answer her phone. So, there’s nothing wrong with saying to a girl, “Hey, I’ll call you now so you’ve got my number and you know it’s me when I call.”

This approach makes sure that if you do call and she doesn’t answer, she knows that it’s you and you can follow up with a text and say, “Hey Jenny – couldn’t get through. Just saying hi. It’s Dan” and then she’ll usually reply. If she doesn’t, simply call her two days from then. If she still doesn’t answer, you can try a more humorous message to get her attention like, “Okay, you either hate me or you’re busy! 😉 Chat soon?”

Getting a woman’s number in a bar is a very easy thing to do, but if you make a big deal out of it, getting the number will become difficult to impossible. Here are a couple of classic mistakes to avoid:

1. Asking if You Can Get Her Number

“Hey, so…ummm…can I get your number? Can I call you sometime?” You don’t need to ask for permission to get a woman’s number. Women don’t like it because they don’t like when a man starts behaving submissively and expects the woman to be gentle with him and lead him through the flow of a sexual courtship, all the way to sex and a relationship. She wants a man who can take charge in an easy-going way like this:

By saying it in the way I’ve listed above, you’re leading the way, which is what a woman wants. You’re not saying, “Ummm…so, can I call you sometime?” and then expecting her to be gentle with you and lead the way.

2. Asking if She Wants to Go on a Date

When getting a woman’s phone number in any environment, you should avoid asking her out on the date right then and there, unless it is completely obvious that you and her want to go on a date asap. Most women don’t want to commit to a date at the point of giving you their phone number and simply want to see how they feel when you call. So, avoid saying things like, “Do you want to see again? Do you want go out with me? Do you want to go on a date with me? Do you have a boyfriend?”

Getting a woman’s number doesn’t mean, “Okay, now we’re going to start a relationship and be together forever.” Instead, it’s just that you and her are going to “talk” again sometime, which is why I say, “Hey, it’s been cool talking to you. Do you want to talking again sometime?” If you can keep it that easy-going and informal, then most women will happily give you their number.

If you make it out as though you’re saying, “Okay, if you give me your number, I’m calling you and we’re getting married” then most women are going to be turned off by how serious you’re being. The exception to this rule is when you meet a woman who is absolutely compatible with you (rare) and you both (not just you) know for sure that you’re going to begin a serious relationship.

The Kiss Test: 7 Signs That a Woman Wants You to Kiss Her