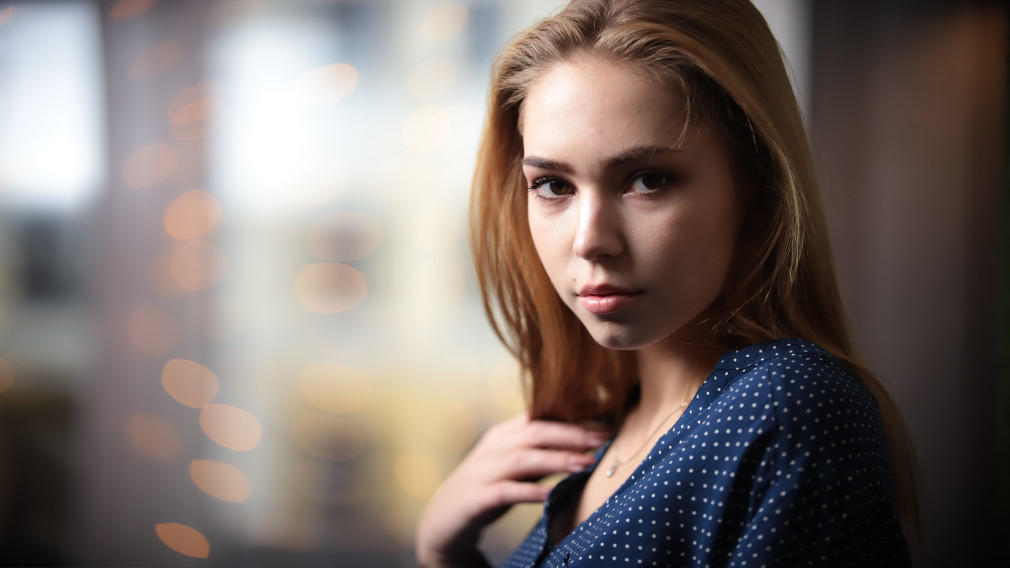 Does She Like Me? 8 Signs to Look Out For

Here are some of the ways to know if a woman likes you:

4 Mistakes to Avoid if She Seems to Like You

So, if you’re with a woman you like and don’t want to mess things up, be sure to avoid making one or more of the following mistakes, which will usually result in rejection…

When a woman talks about wanting to be with a nice guy, she doesn’t mean a guy who is overly nice, sweet, gentle and attentive.

Of course, there are some women who want to control a man, but most do not like it when they are with a guy who sucks up to her, or doesn’t have the confidence, assertiveness and social skills to get her to respect him and treat him well.

If a guy is too nice, then it almost always causes a woman to begin treating him badly, because she takes his niceness for granted, or she feels turned off and wants to show that she is losing interest.

Yet, most nice guys just keep trying harder, being nicer and hoping it will somehow impress her.

Soon enough, she rejects him, or dumps him if they happen to have gotten into a relationship.

Women like to do the chasing once they meet a guy that sexually excites them. Dan Bacon, founder of The Modern Man, explains how to do that in his amazing video, How to Get the Pretty Girl You’re Dating to Chase You

If you are way too much of nice of a guy, you simply won’t create that enough attraction in her and she will see you as either a “male friend” or will reject you because that kind of approach doesn’t give her the kind of goose bumps that makes her start fantasizing about having a sexual relationship with you.

Why do women like a guy who is more of a challenge? Watch this video to find out…

Men who wonder, “Does she like me?” when with a woman, will usually find that the answer is “No!”

Simple: They will be displaying a lack of confidence via their body language, vibe, behavior and conversation style and the woman will notice it.

Women want a confident, masculine man who believes in himself.

A man like that knows that women find him attractive because he’s been noticing their reactions for a long time and it’s obvious to him.

Women are naturally attracted to confidence and masculinity and turned off by insecurity and a lack of manliness.

So, guys who have confidence and masculinity naturally have women react to them in a way that shows obvious interest.

It’s easy for them.

Yet, guys who don’t have that will find themselves trying to seek a woman’s approval, or to be accepted by her, to hopefully get a chance with her.

He will wonder, “Does she like me?” and will doubt himself based on the fluctuations in her behavior (e.g. she seems interested one minute, but not the next).

On the other hand, a confident, masculine man doesn’t need to seek a woman’s acceptance because he knows that he’s attractive.

As a result, he doesn’t have to wonder, “Does she like me?” and is instead thinking, “This girl likes me. I might give her a chance if she plays her cards right.”

Women pick up on that via his body language, vibe, behavior and conversation style and naturally begin to feel the need to get his approval and acceptance.

As a result, picking up women for sex or relationships is easy for him.

3. Trying Too Hard to Be Cool

Have you ever been out at a party and noticed a guy who is trying way too hard to be cool around women, in the hope that they like him and want him?

There’s nothing wrong with being cool, but if a guy tries too hard, it becomes obvious to women and they don’t like it.

Women know that he’s pretending to be something that he’s not, to hopefully be liked.

This is the type of guy who watches movies and tries to be like a character that he’s seen that women sexually respond to.

However, no matter how good an actor a guy like that might be, he won’t be able to keep up the act forever and will end up feeling like a phony.

Then, rather than having women like him, they’ll reject him and make fun of him.

4. Being Too Slow to Make the First Approach, or Kiss Her if You’ve Been Talking to Her For a While

Sometimes a guy will see a woman that he finds attractive, look out for signs to hopefully find out if she likes him, but then never make a move and approach her.

Alternatively, he’ll rehearse his opening line in his mind, or at home and try to build up the courage to say it.

Yet, before he does, another guy comes along and takes her.

In other cases, a will be talking to a woman he knows and will spend weeks, months or even years trying to figure out if she likes him, rather than just making her feel attracted and then moving in for a kiss.

The reality is that women are most attracted to take-charge guys who see what they want and then go after it.

They want you to be confident, take charge and make something happen.

If you don’t have the courage to do that, she’ll get with someone else instead.

So, if you suspect she likes you, stop waiting and just make a move.