Why Does Being Too Nice to a Woman Often Lead to Rejection?

So, why does being too nice to a woman often lead to rejection?

Well, this is a confusing one for a lot of guys to understand because you will often hear women saying that they “like” nice guys.

When women are talking about a guy they’re interested in, they will usually say things like, “He’s so nice” or “he’s so sweet,” so it seems like that is the key to success with women.

Be nice, be sweet and you’ll then get the girl, right? 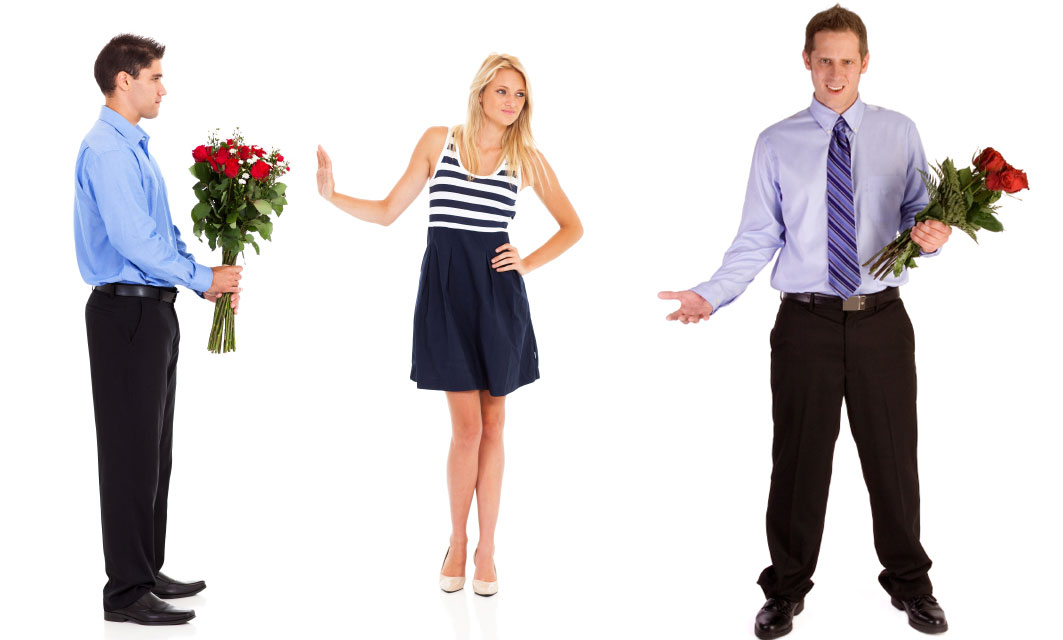 To make things more confusing for guys, women don’t complain about the nice treatment that nice guys give them. They don’t say to a guy, “Hey, being nice to me isn’t going to get you laid or make me want to be your girlfriend.” 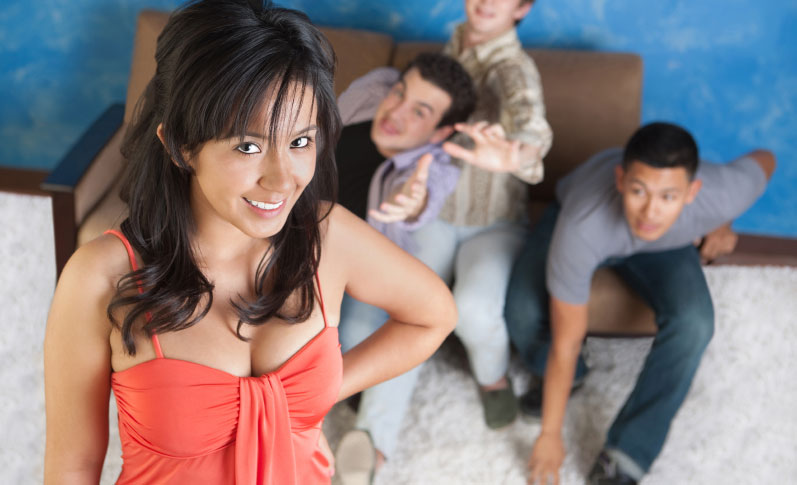 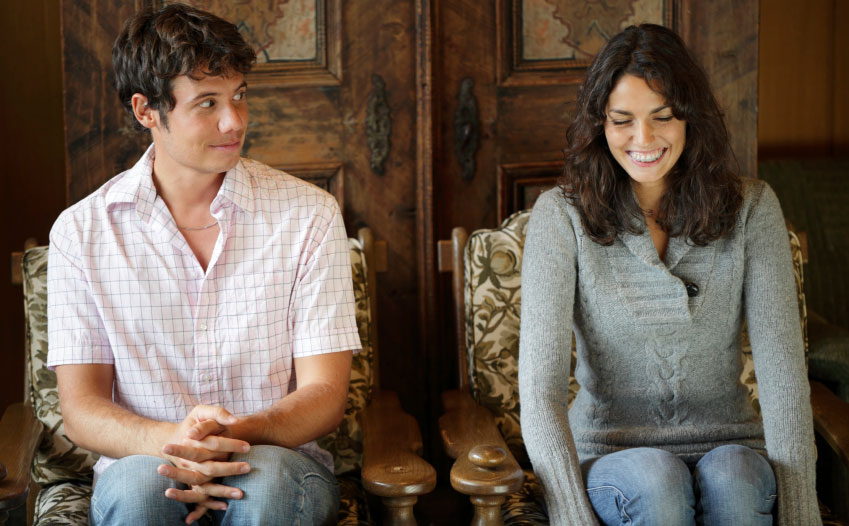 When a guy notices that a woman is reacting in a positive way to his nice behavior (i.e. she is smiling, enjoying the attention, enjoying the compliments and not telling him to go away), he will want to continue behaving in that way because it makes him feel good. It feels good that the woman he likes is being nice to him, smiling and showing interest in talking to him.

It seems to be working well, so he might then think, “Okay, well…I’m going to keep doing this and hopefully I will grow on her. Hopefully she will develop feelings for me over time.”

Yet, why doesn’t it work? 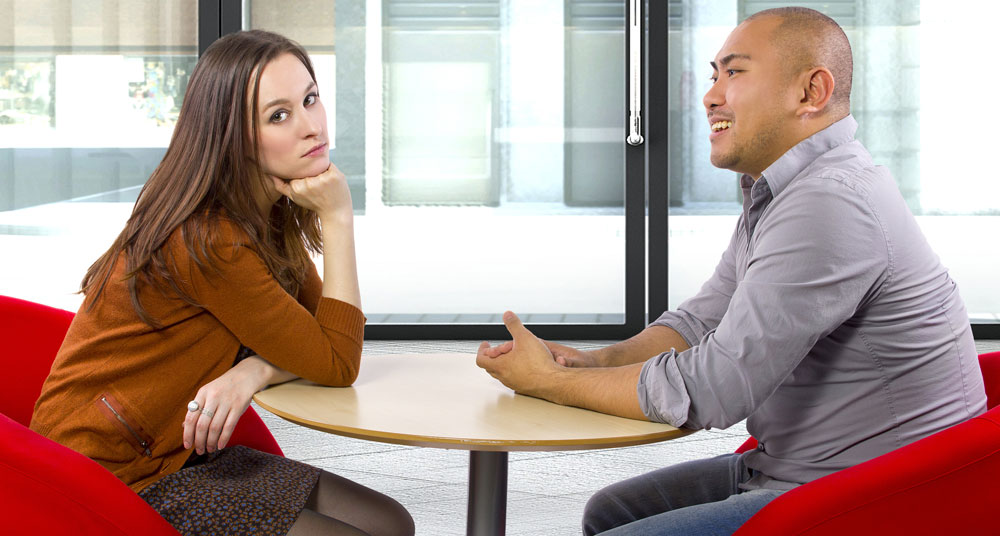 Why do her feelings only ever remain friendly towards the nice guy?

Why does she reject the nice guy when he tries to make a move on her? Why does she say, “You’re silly…we should just be friends” or “Sorry, I don’t want to ruin our friendship” when he attempts to ask her out on a date or suggest having a relationship?

What’s going on there?

If she enjoys being around him and appreciates his nice behavior, why doesn’t she want to have a sexual relationship with him? What’s the missing piece of the puzzle? 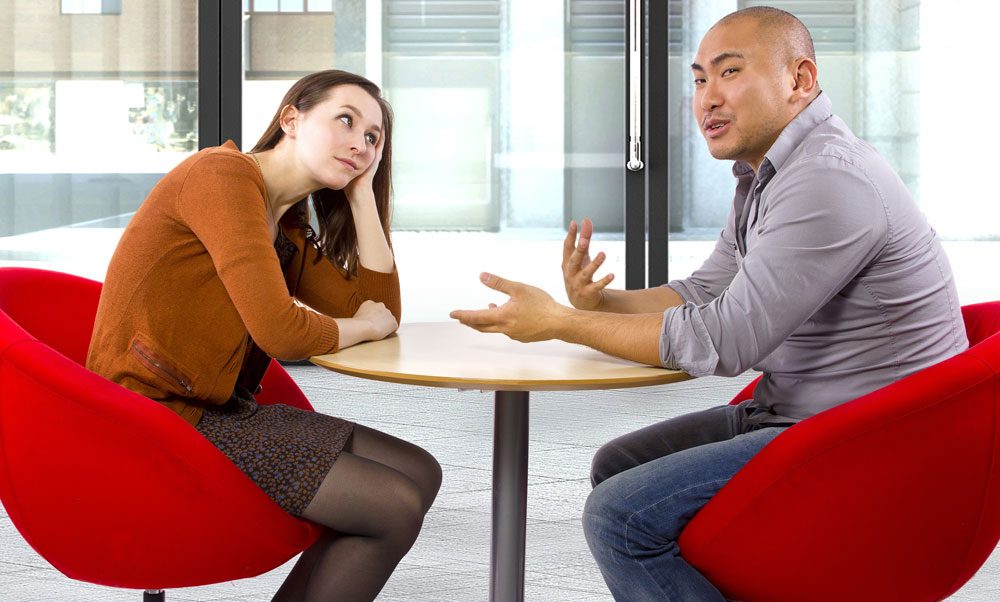 He is Creating Feelings of Friendly Affection Rather Than Sexual Attraction

If you focus on being nice to a woman and end up being too nice to her, it simply creates feelings of friendly affection towards you, not sexual attraction.

Read the dictionary definitions below to see the difference. The difference is in the sexual desire that attraction creates compared to the “gentle fondness” that is created by feeling friendly affection for another person.

If the main approach that you’re using with women or with a particular woman that you like, is to be a good guy around her and get her to feel a friendly affection for you, then it’s not going to work.

When you try to escalate things to a next level (e.g. get a phone number, set up a date, kiss her or ask her out), she’s most likely going to say “No” because she doesn’t feel attracted to you.

Without feelings of sexual attraction, she feels no need to be anything other than a friend or a stranger to you. Sexual attraction is what makes her want to have sex with you or begin a relationship with you.

Being good, being nice, being polite, laughing at all her jokes and being sweet around her are not the things that will make her feel sexual attraction for you. Those things are still great to do, but they don’t count for anything sexual if she doesn’t feel attracted to you.

You can make women feel sexually attracted to you in so many different ways (I teach more than 100 different ways to attract women) other than the typical things like looks, height, money or social status.

There are so many different ways that a guy can make a woman feel attracted, but most guys simply don’t know about them. 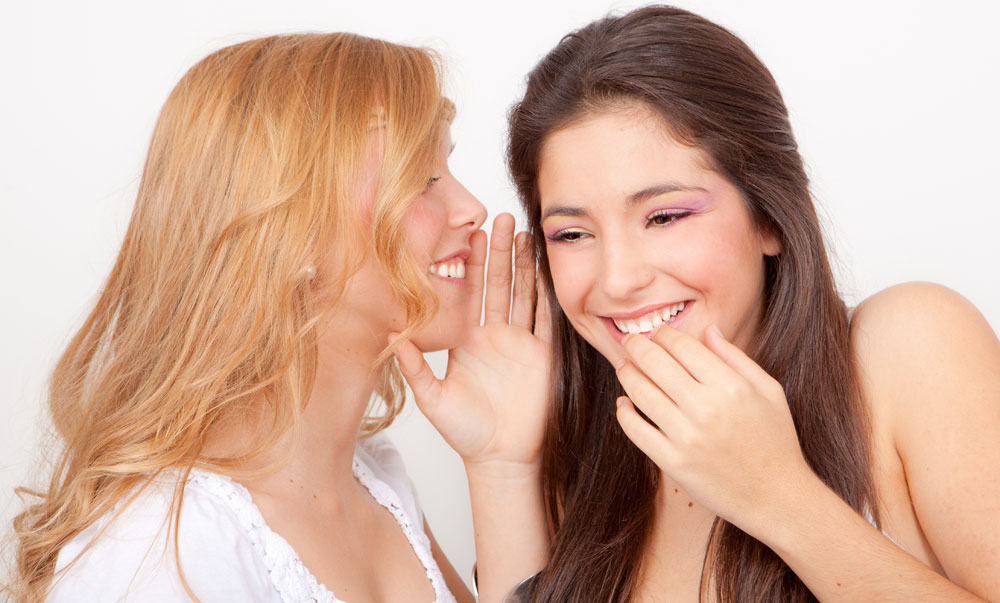 When you hear women gushing about a particular guy that they like and saying, “He’s so sweet” or “He’s so nice” what’s actually happening is that the guy has attracted her (i.e. he’s made her feel sexual attraction for him) AND he’s ALSO being sweet and nice to her or simply being a good guy.

Women will say vague things like, “He’s sweet” or “He’s cute” or “He’s nice” but that’s not the whole story. Women don’t go around sharing and explaining the reasons why they feel attracted a particular guy. So, it remains a mystery to most guys as they go through life.

For most guys, all they hear women saying is “He’s nice” or “He’s sweet” or “He’s handsome.” So, many guys assume, “It must be about being sweet and good looking. That’s the key to success with women.”

You can actually make women feel attracted to you via things like your conversation style, the humor that you use, your body language, by displaying certain personality traits and behaviors and by responding in a certain way to the many tests that a woman will put a guy through when talking to him.

Women are always testing guys to see how confident a guy is, what sort of guy he is, what his intentions are and most guys fail those tests because they don’t even know what’s going on. Most guys don’t even know why a woman will behave in a challenging or cold way during a conversation, especially after everything seemed to be going so well between them.

Yet, women know exactly what is going on.

Women have a particular “girl code” that they run by and have many tests that they put guys through, but most guys just don’t know about it. When a woman suddenly seems to lose interest, he doesn’t know what to say or do and ends up saying and doing all the wrong things, which turn her off and ruin the dynamic between them.

Do You Need to Be a Bad Boy to Make Women Like You? 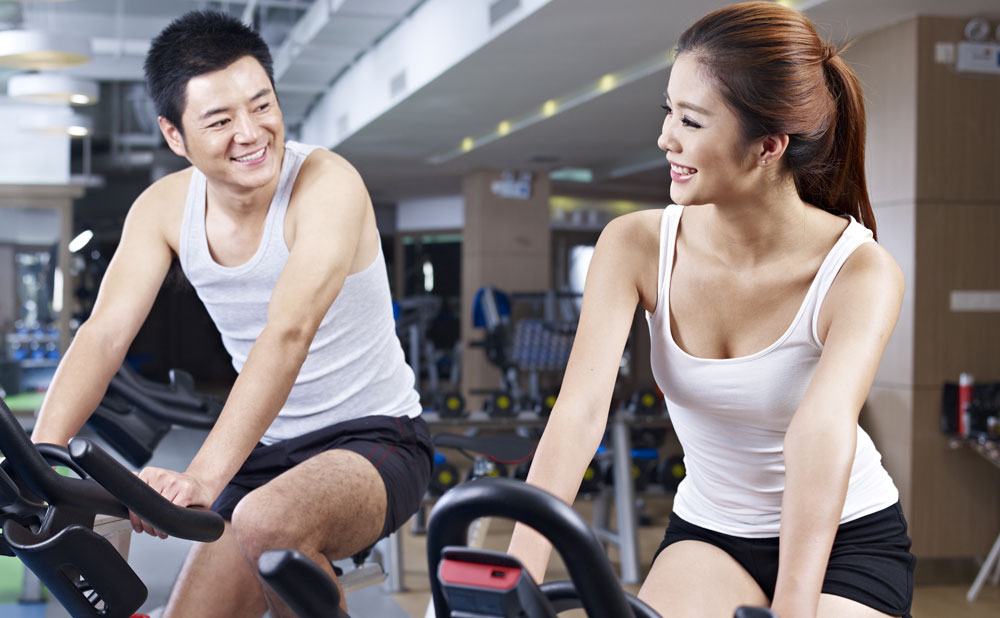 One thing that I want to point out here is that there is nothing wrong with being nice to a woman.

If you’re only being a good, nice guy to her, then she’s only going to experience gentle, fond, friendly types of feelings for you. Those friendly feelings are not what cause a woman to have sex with you right now or begin a sexual relationship.

If you want a woman to want to have sex with you or begin a sexual relationship with her, you’ve got to say and do the things that will make her feel sexually attracted to you.

The reason why being to nice a woman often leads to rejection is that it creates feelings of friendly affection, rather than sexual attraction.

Making her feel affection for you may cause her to want to be a friend to you, to include you in her life in some way or at least be nice to you, but it doesn’t make her want to start a sexual relationship with you.

What does make her feel like having sex with you or beginning a sexual relationship with you, is the exciting feeling of attraction. In addition to feeling attraction, she also wants to be in the presence of a guy who knows how to build up the sexual tension between himself and a woman.

Sexual tension: An exciting feeling that occurs when a man and woman feel sexual attraction for each other, but the escalation to sex is being delayed by them, the environment or circumstance (e.g. they work together, she is out partying with her friends and doesn’t want to look too easy in front of her friends by hooking up with him quickly, he is already in a relationship with another girl, etc). 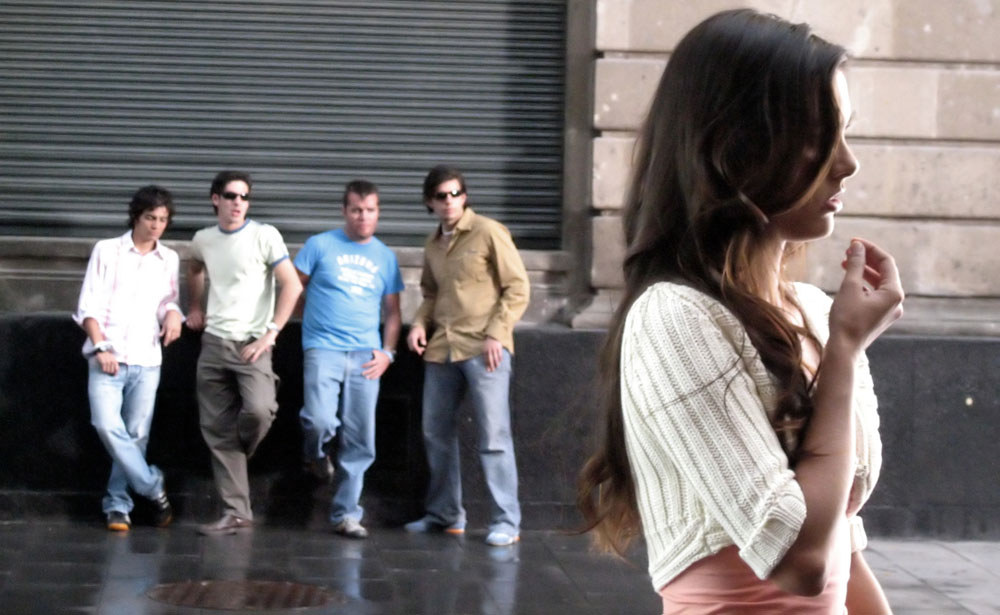 Yet, the way it works for a woman is that she wants the sexual tension to build up first (this can be done during a 10-20 minute interaction or over a few days if you work or study with a woman) and she will then be open to having sex.

She wants to experience and enjoy sexual tension based on how the guy is behaving and managing the dynamic in the interaction between them. It’s exciting for her and it makes her want to kiss and have sex to release all the built up sexual tension.

They say, “No, no, no! I like her and I want to have sex and a relationship with her. I don’t want to have to create any sexual tension. I just want her to like me for being a good guy.”

But, that’s not what women want.

Women want to feel sexual attraction (not friendly affection) and they want to be with a guy who knows how to build up the sexual tension, so that when you actually do kiss and have sex, it’s an amazing, exciting, exhilarating release of all the built up sexual tension.

That’s what a woman really wants to experience. 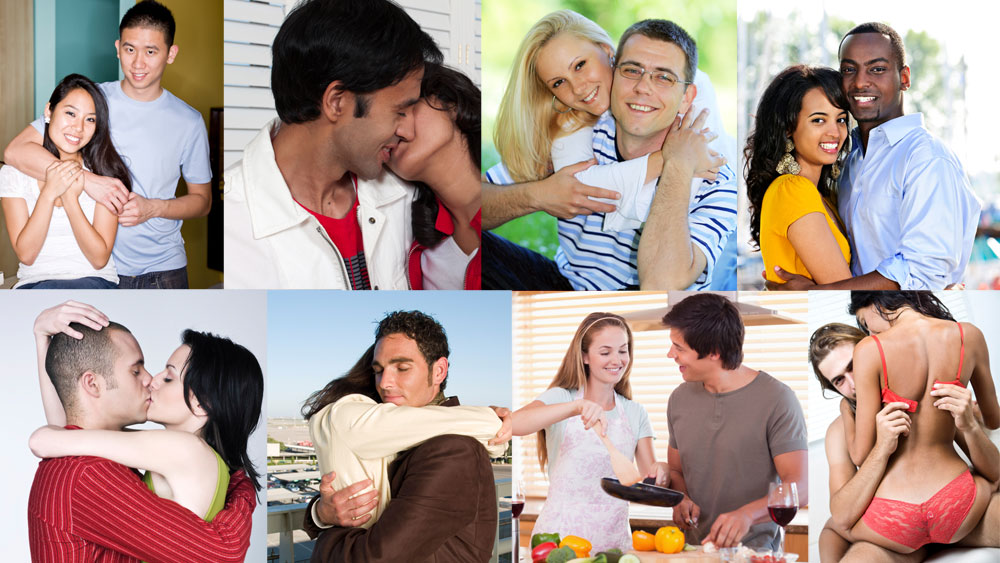 I hope you’ve enjoyed this post and learnt some useful tips and insights from it.

If you’d like to instantly discover how to naturally attract women in many different ways at once, as well as build up the sexual tension between you and a woman, then I welcome you to read my book The Flow. I welcome you to try it. The Flow comes with a 30 day money back guarantee and you are going to be blown away by the sorts of things that you learn in my book.

It took me YEARS to work out the secrets that I teach in The Flow, but you can learn it all in a matter of HOURS. 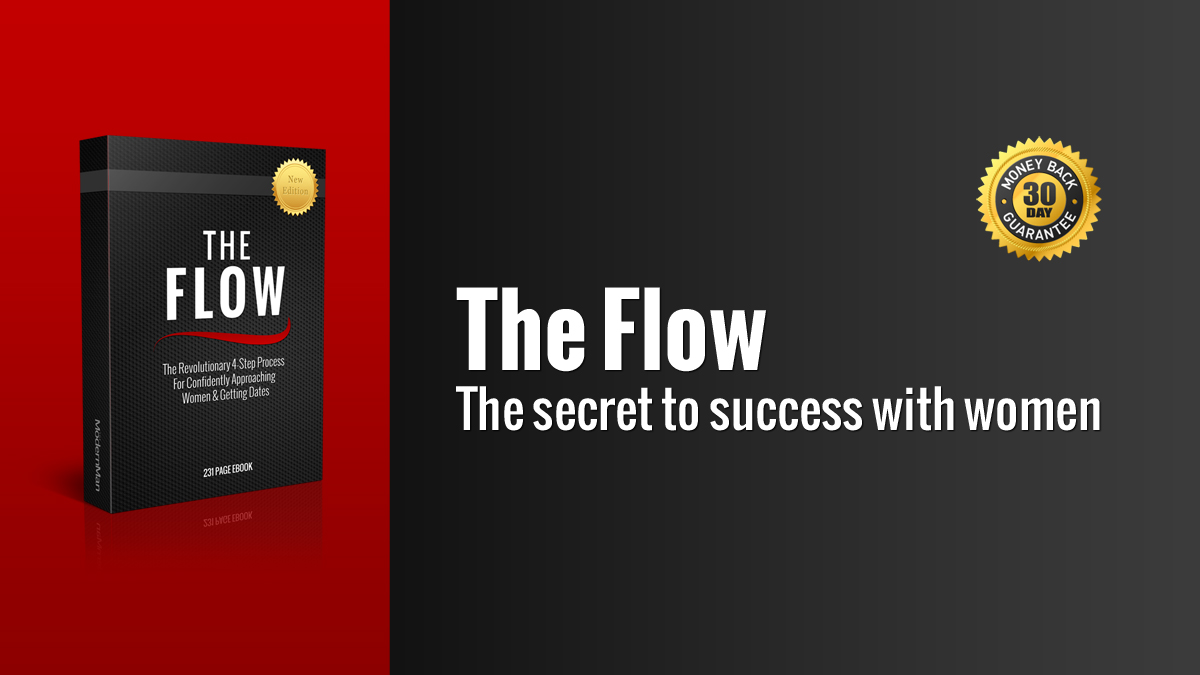 When you being using the simple-to-use techniques from The Flow in your interactions with women, you will see how attracted they are to you. You are going to be AMAZED at the way that women respond to you compared to how they’ve been responding to you so far.

…and you don’t need to become a bad boy to do it.

You don’t need to become a jerk or an asshole. You can be a good guy, but you are going to be a sexually attractive good guy. You’re going to be the sort of good guy who knows how to build up the sexual tension between himself and a woman and then release it with kissing and sex.

…and they just won’t get it.

They won’t know that you’ve been making women feel sexual attraction for you (in many different ways at once), building up the sexual tension and then releasing it with kissing and sex.