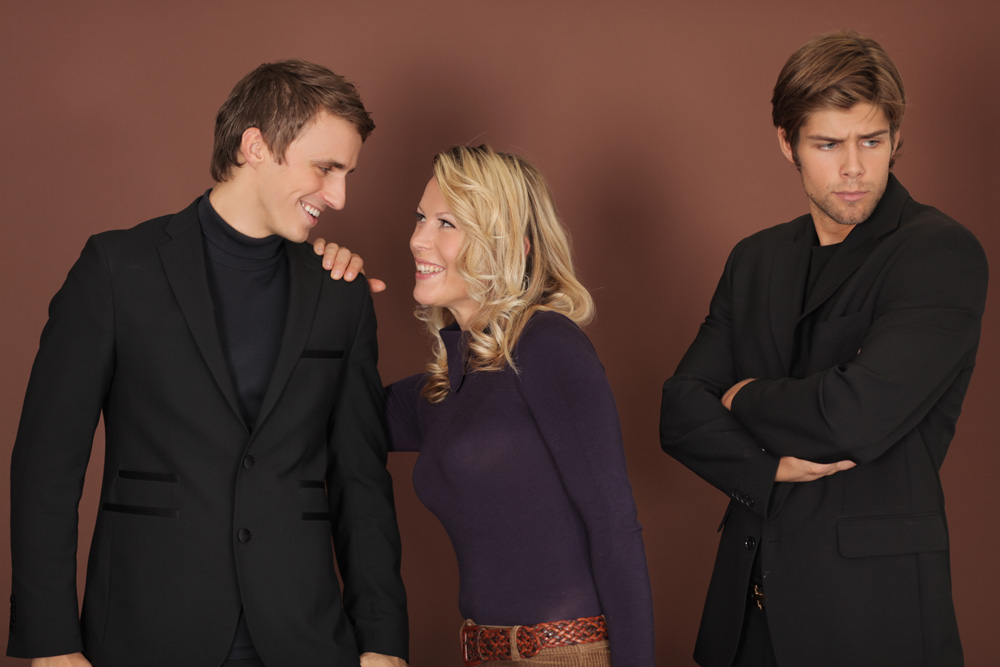 Getting a Girl to Like You: What You May Be Doing Wrong

In school and throughout life you’ve undoubtedly learned many things that have helped you to become the great guy that you are today.

However, the one area where your education probably is lacking is in something very basic to your happiness – how to go about getting a girl to like you.

Most guys lack that type of education and often use approaches on women that simply don’t work. When they get rejected by many girls, they begin to feel frustrated and desperate, but still keep committing the same old mistakes over and over again.

How about you? See if any of the following failed approaches to getting a girl to like you sound a little familiar…

Forgetting to Trigger Her Feelings of Sexual Attraction

Watch this video to understand how to get a girl to feel attracted to you, rather than just like you as a person…

Since many men aren’t sure what they need to know to meet, date and bed the women they want, they’ll often make the mistake of assuming that films or TV shows about romance and dating, especially the type that women love to watch, must contain the key to getting a girl to like him.

TV shows and movies are the creation of fiction by writers who often like to fantasize about the way they would like things to work. It’s all about entertainment.

It’s not a true education source of what a man needs to do to get a girl to like him. These writers often base their stories upon what sells to producers, advertisers and audiences. It’s not based on any real expertise. So if you’re watching TV and films to give you true insights into getting a girl to like you, you’re looking in the wrong place.

You probably hear woman say all the time that they want to be with a nice guy. However, when many guys show what they think is nice guy behavior, women either ignore them or take advantage of them. Therefore, if that’s what you’ve been doing, chances are you’re making the same mistakes too many other guys are.

Look, no one is saying that you have to be a real jerk to get a girl to like you, but there is a huge difference between being a nice guy pushover that women regard as weak and unappealing and being a masculine man who knows how to lead a woman into feeling a strong, sexual attraction in a charming way.

The legendary group, The Beatles, were absolutely correct with their ‘60s classic hit, “Can’t Buy Me Love.”

Too many guys think that the way to get a girl to like him is to buy her affection. When a guy is constantly pursuing a woman by buying her gifts, taking her out to fancy restaurants, spending money on luxury vacations or getaways or doing other things that will empty his wallet – even if he can afford it – essentially what he’s trying to do is to buy a woman’s love.

It doesn’t work and that’s not the way an alpha male wins over a woman. He understands that he is all the “gift” a woman wants or needs. If the girl that you like is not feeling a natural, strong, sexual attraction for you a man, then no amount of money is going to buy her heart or the opportunity to get her into bed.

True, there are some low-level women who will “allow” a guy to try to buy her “attention” or “affection” until “the money train” hits the end of the line, but that’s not the type of woman a man like you should want in the long or the short run.

Certainly it’s not the type of woman that a confident, masculine, alpha male would ever be interested in.

Some guys will meet a woman and she’ll give him her phone number, e-mail address or become his friend on Facebook or other social media site…but that’s when many of these guys go horribly wrong.
These uninformed men will make the mistake of calling her or texting her throughout the day. He’ll post cute notes on her Facebook page. He’ll e-mail or private message her repeatedly with romantic thoughts. After all, he reasons, he wants her to know that he’s thinking of her.

This type of guy assumes that unless he stays in constant contact, it will be a situation of “out of sight; out of mind.” With his way of thinking, if he’s always “in front of her” when she answers her phone, checks her messages, looks at her e-mail or opens her Facebook page, she’ll be excited by his attention and will look forward to seeing him soon.

He might also assume that if he “accidentally-on-purpose” runs into her as she leaves work or goes to her favorite bar or coffee shop, she’ll be thrilled to see him.

He thinks that if he’s always “there” either physically or electronically, it will eventually win her over.

After all, as long as she always sees him or hears from him, there’s no way she can ignore him. With all the constant attention he’s giving her, she’ll be charmed and that’s how he’ll get her to like him.

What is most likely to happen is that she’s going to think he’s desperate, needy and weak… or worse… he’s stalking her or acting creepy.