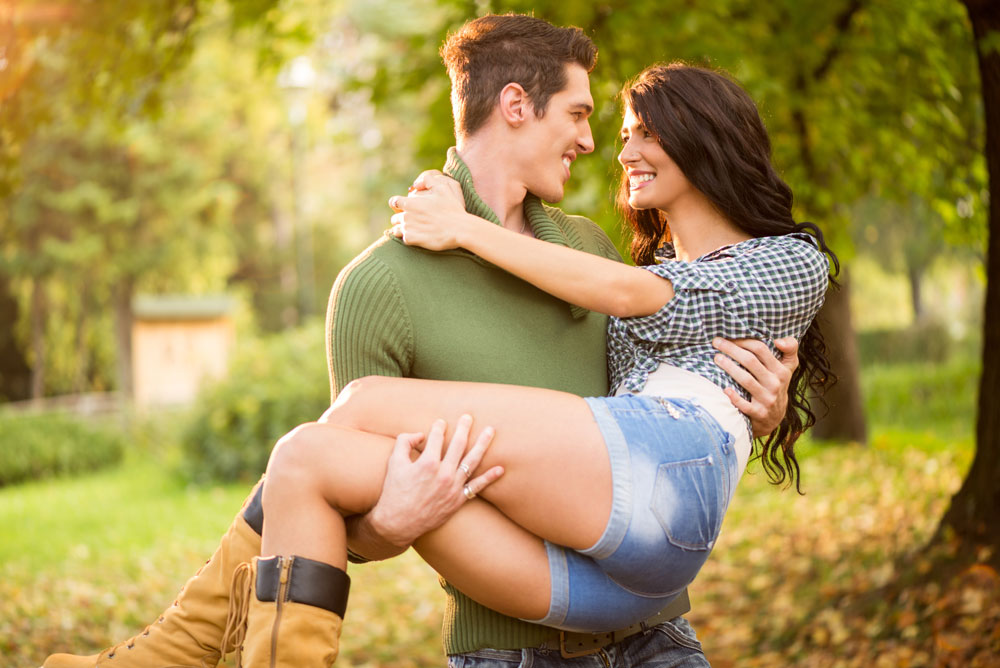 Ways to Get Your Ex-Girlfriend Back

If you’re looking for ways to get your ex-girlfriend back, you’re probably looking for the quickest and easiest options, right?

There’s plenty of so-called advice floating about out there on the internet with plenty of promises being made about getting an ex-girlfriend back using the “fail safe” hints, tips, and tricks suggested, but if you want advice that really works, believe me when I say that tricks won’t work.

Here at The Modern Man, we provide expert advice that’s based on years of research and real-life experiences and we know that you can’t use tricks to get an ex-girlfriend back. To get her back, everything you do must be real and authentic, and any “tricks” you try will often only make the situation worse and therefore even more difficult to fix as a result.

To begin with, watch this video to understand what is really required to get an ex-girlfriend back…

As you will discover from the video above, the most important part of getting her back is to focus on making her feel a renewed sense of respect and attraction for you. Without those feelings, she’s not going to be interested in much or anything that you might have to say.

Make Her Feel Jealousy and Other Painful Emotions

If you are serious about getting your ex-girlfriend back, don’t just focus on trying to make her feel positive, sweet or nice emotions. Those emotional states are as important, but so are the painful ones.

When your ex-girlfriend is feeling a combination of painful emotions (e.g. jealousy) and positive emotions (e.g. respect and attraction), she will then be much more interested in talking to you on the phone and meeting up with you in person.

The idea behind this approach was to make his ex-girlfriend feel jealous of the other women but there was one big flaw – he wasn’t dating any other women and he was actually sitting at home feeling sorry for himself. This meant that his attempts to “trick” his ex into believing that he’d moved on and that she was the one who was missing out were guaranteed to backfire.

Women are experts at reading body language and they know when a guy isn’t telling it how it really is. Besides, if she’d been at all interested in knowing what he was up to, she’d have been checking his Facebook page to keep tabs on him and she’d already have known that he wasn’t telling the truth.

Pretending to have moved on just made James a “loser” in his ex’s eyes and any residual feelings she had for him were instantly lost.

Women know that a man worth having is a man they’ll have to compete with other women for, so, if you’re looking for ways to get your ex-girlfriend back, the only effective way to make your ex want you back is to develop the qualities that make you a man all women want.

Sam had read somewhere that the way to get his ex-girlfriend back was to beg and plead with her to be given a second chance and to effectively tell her everything he thought she wanted to hear.

He had tried sending her really sweet text messages at regular intervals throughout each and every day in an effort to let her know how much he missed her and how much he wanted her to take him back; he’d even started listening to the lyrics of soppy love songs so that he could copy the words and lines that women seemed to want to hear.

However, she wasn’t responding to any of his text messages and she’d stopped answering her phone, letting voicemail pick up whenever he called.

The idea behind this approach was that hounding her with calls and messages would remind her of him and all the good times they had but the reality was that it only reminded her of all the reasons why she made the decision to end the relationship in the first place.

With this being the case, there’s nothing a guy can say that will make a woman feel differently about him again. By begging and pleading, Sam was making himself less sexually attractive in his ex’s eyes and the more he hounded her with messages, the more he confirmed her feelings that he was a weak, wimpy guy who had nothing else going on in his life other than her.

As for soppy, overly romantic song lyrics, they only work on fictional women and they won’t get you the results you want in the real world.

Women don’t want to hear empty promises or have a guy throw themselves at their feet in desperation to be taken back. Desperation is not attractive, and a desperate man is a weak and wimpy man in a woman’s eyes.

Begging and pleading to be given a second chance by saying things like, “I’ll do anything; just tell me what it is you want and I’ll do it” is a bad idea as it only reinforces her view of you as a weak guy who doesn’t have what it takes to lead the way in a relationship and figure out for himself what needs to be fixed.

Women don’t want to have to spell out what a guy needs to do to fix things, they want to feel like a woman in a relationship and that means they want to be with a man who knows how to be a man and how to naturally take the lead.

Women are looking for a guy who has qualities that make him a “real man” in their eyes; a guy who has the alpha male qualities of genuine self-confidence and true masculinity.

A woman doesn’t want a guy who pretends to be something he’s not in an attempt to impress or “trick” her into thinking he’s made changes for the better, and she doesn’t want a guy who is so insecure that he puts her on a pedestal because his lack of confidence makes him believe he’ll never attract another woman into his life.

With all of this in mind, getting your ex-girlfriend back comes down to showing her through your attitude and behavior that you have learned from the mistakes you made and you have taken action to develop the qualities that make you a better man than the one she dumped, and, most importantly, a man who has what it takes to make her feel a deep sexual attraction.

If you’re looking for ways to get your ex-girlfriend back, the only effective way to get her back is to begin displaying the types of qualities that will make her feel a renewed sense of respect and attraction for you.

From there, you need to get her to meet up with you and allow her to experience the new, improved version of you in person. If you want step-by-step assistance on how to get her back, I recommend that you watch my proven to work program, Get Your Ex Back: Super System