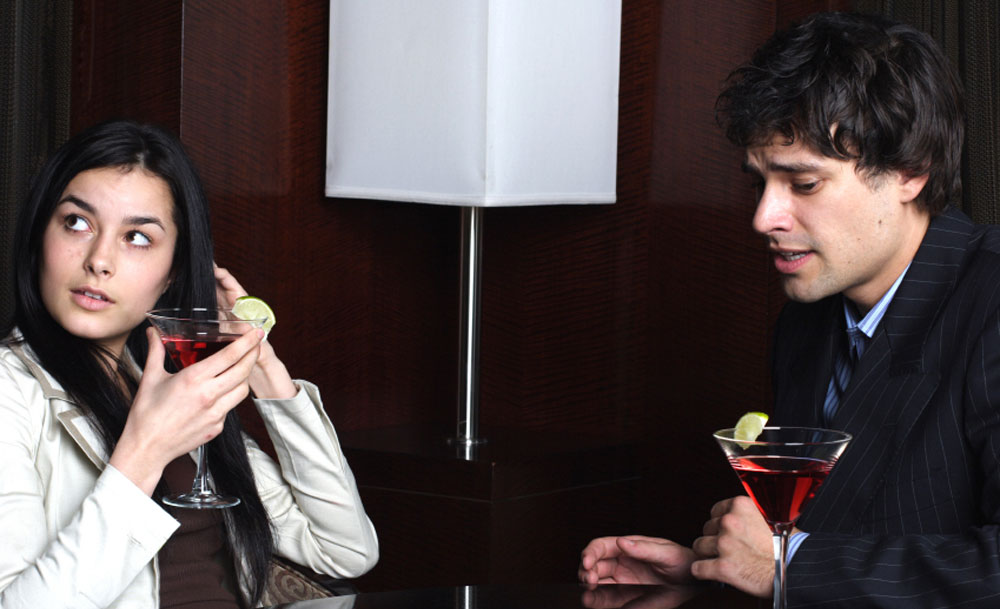 It’s fine to ask a woman questions, as long as you are making her feel attracted to you during the conversation.

You shouldn’t stick to just questioning her though. A balanced conversation will include times when you talk about yourself, tell a story or two, share some opinions, tell her how you feel about something, etc.

Don’t Ask Her Too Many Questions in a Row

How many times have you started talking to a woman who smiles and seems open to you and you then thought, “Yes! I’m in!”

It’s a good feeling, right? If you’re like most guys who don’t know how to talk to women, you won’t really know what to say, so you’ll try to keep the conversation going by asking her a lot of questions in a row.

Some examples of common questions that guys ask women:

It all seemed to be going well initially, but just as quickly as the smile first appeared on her lips, it disappears and she switches off, giving you the cold shoulder. Understandably, you are left thinking to yourself, “Do women not like it when guys ask them personal questions?”

The simple answer is no.

Women are happy to answer questions from a guy that they feel attracted to and who is offering a balanced conversational style. As long as you are contributing to the conversation with your own opinions, feelings, stories, etc and you are making her feel attracted, a woman won’t care how many questions you ask.

If you have found that women don’t like it when you ask them questions, it’s probably because you are asking too many questions in a row without providing any details about yourself.

If you talk to her more openly and freely and give information about yourself when asking questions, she will automatically feel more comfortable about giving you information about herself too. However, if she feels like she is suddenly being interviewed by you, she will put her guard up and wonder why she feels so awkward when talking to you.

If you’re too serious when talking to her, she will instinctively feel uncomfortable and will shut you out. Women want to be able to have a fun, easy-going and casual chat with a guy that they meet. They don’t want to feel like they are being interviewed for a job, or put on the spot and being asked to reveal a lot of personal information all at once.

Make her Feel Comfortable: Qualities that will Turn her On

Making the right first impression when you meet someone for the first time is of vital importance; you don’t want to blow it even before it has begun. This means that you have to display all those qualities that make you attractive to women right from the onset.

Qualities that women find most attractive in men are:

Just like in other animal species where the female always goes with the alpha male in the pack, so in humans does the female feel attraction to the alpha male in a group. Guys, the lower ranking males, who are perceived as weaker or who behave in a submissive way around an alpha male, automatically get ignored.

2. He is confident and self assured

If he shows any sign of anxiety or nervousness she will automatically be turned off; asking too many questions in a row can be perceived as a sign of nervousness.

3. He is a good conversationalist

If he struggles to keep the conversation fresh and flowing, their interaction will come to a standstill. Filling the silences with a whole lot of personal questions can be perceived as a lack of conversational skills.

4. He flirts with her during conversation

Flirting is fun, sexy and alluring to women. It piques a woman’s interest and makes her want to interact with a guy even more. However, when a guy sticks to polite conversation, a woman may think he’s not really interested in her, or even worse, that he has low self-esteem; and that is a big turn off.

5. He uses body language to turn her on

Nothing says “I like you and I want to be with you” more than the subtle nuances of body language. Body language is like a dance between two people and includes all the subtleties of dancing; too little or too much can be like standing on her toes on the dance floor.

Body language can make a woman feel turned on if it’s used correctly, or feel tense and uncomfortable if it is too overt, making her loose interest instantly.

6. He is mentally and emotionally strong

A man who knows who he is and what he wants from life is a big turn on. Guys who are weak mentally and emotionally are easily dominated and that is definitely not attractive to a woman; she wants to feel secure when she is with him and not like she can bully him.

A woman wants to feel sexy and desirable in the company of a man. If he knows how to make her feel like a woman, he has her undivided attention. On the other hand, guys who place a woman on a pedestal make her feel like she’s the one “wearing the pants” and that is a major turn off.

8. He has ambition and is a forward thinker

Even during a casual interaction, a woman wants to know that she’s not wasting her time. Being with someone who displays signs of ambition and of being a forward thinker makes her feel like her time is valuable.

Alternatively if a guy has nothing to say other than to ask her a whole lot of personal questions, has no interests and shows no outward signs of going anywhere in his life, then she will feel that he is not worth her efforts to get to know him better.

Women love to talk to guys who make them feel attracted. As long as you are making a woman feel attracted to you, she will be happy to answer your questions.

However, to keep the conversation balanced, you should also be talking about yourself, telling stories, sharing opinions and cracking jokes whenever you feel like it. The more natural, open and honest you can be the better…