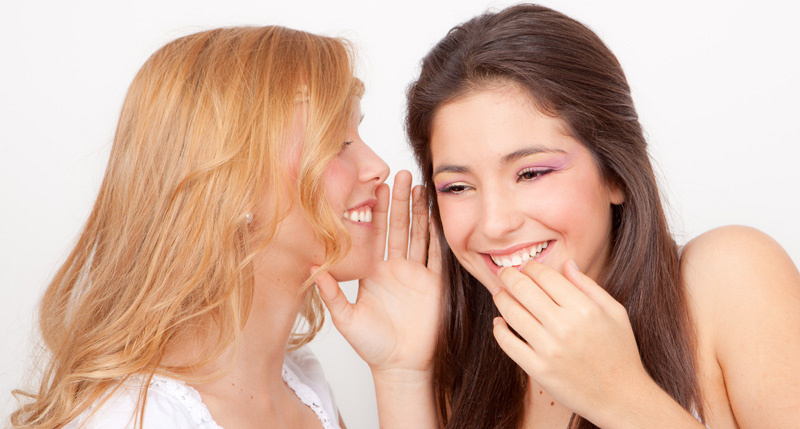 A Surprising Truth About What Really Attracts Women

In this article, I’m going to share a surprising truth with you about what really attracts women to men.

This is a difficult concept to get your head around (and accept) initially, but once you open your mind to it, you will begin to see it everywhere around you and it will all begin to make sense.

I used to think the same thing.

I tried my best to look as good as I could, I bought the best clothes and tried to be as nice as I could to women. I was polite, friendly, approachable, easy-going, gentle and simply trying to show women that I was a good guy, I was trustworthy and that I’d be good boyfriend material.

So, I assumed (like almost all guys do) that the reason women weren’t interested in me was due to the fact that I’m not a tall, good looking guy. It was a nice excuse, but deep down I knew that it probably wasn’t correct because I kept seeing other guys (that were not good looking) walking along happy and content with their beautiful girlfriend or wife.

I thought to myself, “There has to be something else going on here…I have to be missing something…” but I had no idea what that “something” was. Luckily, I didn’t give up and instead pushed on to find the answer. When I did find the answer, I discovered a surprising truth about what really attracts women that most guys are STILL unaware of to this day. Most guys do not even want to consider that this is possible, but it’s the truth.

This is actually how attraction works for women…

Women are mostly attracted to things about men that cannot be seen.

In other words, women are mostly attracted to the things about that are not visual, that are invisible to the naked eye. For men, the opposite is true.

Men are mostly attracted to things about women that can be seen.

Does That Mean That a Man’s Look Doesn’t Matter?

Imagine a smelly homeless man with 5 missing teeth and scraggy clothes. It won’t matter if he has a great personality; the majority of women won’t want anything to do with him.

Looks, money, fame, height, muscles and age can attract or turn off a woman. That is true. However, those things are not nearly as important as how his personality makes the woman feel. That is, of course, as long as the guy is a fairly “normal” guy. What is normal? Pretty much every guy on the planet. What isn’t “normal”? A crazy man, a homeless man, etc.

In almost all cases, if a normal man’s personality makes a woman feel attracted to him and makes her feel the types of emotions that she wants to feel with a guy, she will overlook the fact that he’s not 6″5 inches tall, doesn’t look like a male model, doesn’t have an amazing, high paying job or doesn’t drive an expensive car.

She will feel attracted to him for other reasons and she will then fall in love with who he is as a guy/man. This is why you (and every other guy) has seen guys who are not good looking, tall or rich with beautiful women. The women are attracted to those guys for reasons other than the superficial things, such as height, looks, money, fame and muscles.

Making Women Feel Attracted to You

As it turns out, making women feel naturally attracted to your personality and who you are as a man is one of the easiest things you can ever do in life.

When a guy first begins his quest to get better results with women and finds The Modern Man site, he often arrives thinking that it will be very difficult to attract pretty women, because he hasn’t been able to do that very well in his life so far.

Yet, when he starts using the proven attraction techniques that we teach here at The Modern Man, he realizes how easy it actually is. He then begins to realize that most guys around him don’t even know how to actively attract women and are simply hoping to “get lucky.” When you begin to naturally attract women with your personality (and other things that we only teach in our programs), you realize that it is an ability that you have had all along.

You just haven’t been shown how to use your natural ability to attract women.

If you would like to quickly learn how to naturally attract women with your personality (and other things that are only revealed in our programs), I recommend that you read my book, The Flow. You will be amazed when you go through the book and discover all of the powerful (yet simple) ways that you can attract women.

This isn’t rocket science or a bunch of overly-complicated theory. This is very natural and very simple and any guy can do it.

When you start to interact with women in the ways that I suggest in my book The Flow, you will see that they are naturally attracted to you. Then, when you begin to use a lot of the techniques on women all at once, you will find that you’re able to make women feel intense attraction for you. Women feel so much for you (instantly) that they begin to lust after you or make it completely obvious that they want to kiss you and have sex with you.

It’s really cool how it works and I’ve enjoyed that sort of power over women for more than 12 years now.

Get Ahead of Other Guys by Starting This Today

Most guys don’t even think that it’s possible to attract women with their personality (and other things that we reveal in our programs), but The Modern Man is growing in popularity every day.

Right now, you have an opportunity to learn this stuff before other guys find out about it.

Next week, if you’re interacting with a beautiful woman (that you really want to have sex with or have as your girlfriend) and you don’t know how to attract her, it won’t even matter if you think that it’s “fate” or “destiny” that you and her have met. If there is another guy (e.g. at her work, university, at the party, etc) who is talking to her and he knows how to attract women and is using 6 or 7 different attraction techniques on her, then it will be he who gets to have sex and a relationship with her.

Attraction is what starts the process of hooking up and if you can’t make women feel that way about you, it won’t matter how much you “like” her. Just like you want to be with a woman that you feel attracted to, a woman wants to be with a guy that she is attracted to. When you are the guy who can make women feel intense attraction during a 1-5 minute conversation or interaction, then it will be you who has his choice with women. You will be the guy who is getting naked with her and enjoying love, sex and intimacy.

You have found my site here.

I have the answers.

I have spent years working this stuff out and have slept with more than 250 women in the process. I now have an amazing girlfriend (two years into the relationship as I write this) and couldn’t be happier about this area of my life.

You don’t have to waste more years of your life not knowing how to attract women and have your choice with women. What has taken me years to work out, you can learn in a matter of hours and then get on with enjoying your life with women.

So, if you are interested in having that sort of power over women, I really welcome you to try my book The Flow. It comes with a 30 day money back guarantee and I welcome you to try it. You will love what you’re about to learn in this book.

When you know how to attract women and make women feel what 95 out of 100 guys can’t make her feel, then you are the guy who has his choice with women. You are the guy in a group situation who is respected. Women are paying attention to you, laughing at your jokes and trying to keep any conversation going with you to hopefully get you to like them more. You are the guy who is in control. You are the guy who knows the secrets of naturally attracting women.

Other guys who are looking on at you interacting with women won’t know what you’re doing. Women won’t know either and will simply be feeling attracted to you and enjoying interacting with you. Guys looking on will wonder why women like you so much, but they won’t be able to put their finger on it. It just won’t make any sense to them because most guys go through their life never really understanding women and just hoping that they can somehow get lucky, rather than getting rejected, cheated on, dumped or divorced.

Most guys don’t know that they can have total control over how much attraction a woman feels for them when they first meet her and when they are many years into a relationship. They don’t know that they have the natural ability to make a woman feel instantly attracted to them and then build on that during 1-5 minutes of interaction to the point where she feel intense attraction and feels like she just has to be with him.

You now have an opportunity to have that type of power and control over your dating and relationship life with women. You can be the guy that women really want to be with. If you haven’t been able to attract beautiful women whenever you want so far in your life, it doesn’t mean that you can’t start doing it now. This is something that every guy can learn, but most guys still don’t even know about it.

You have an opportunity now to get ahead of the pack, to get an edge over guys and start enjoying your choice with women by naturally attracting women and making women feel intense attraction for you when you interact with them.

5 Ways to Make a Woman Want You Now