About 12 years ago, I learnt a secret about impressing women that 95 out of 100 guys still don’t even know.

When I teach you this secret and you start looking at how most guys behave around the women they’re sexually attracted to, you will realize that 95% of guys don’t even know this. You will notice that they unknowingly turn women off during interactions because they don’t even know what you’re about to learn right now.

Feeling the Overwhelming Desire to Impress Her

When a guy meets a girl that he is very attracted to and really wants to be in a relationship (or at least have sex) with, he will often feel a strong, overwhelming desire to impress her as much as he can. If he doesn’t know what I will be teaching you in this article, the guy will stop behaving like his normal, natural self and he start putting on a bit of an act around her.

Worried that she won’t like him for who he is, he will put on a “nice guy persona” (e.g. being extra nice, being very well mannered, etc) around her in the hope that it will make her like him. Unfortunately for him, he doesn’t realize that women are fully aware of this because 95 out of 100 guys put on that type of act around her.

4 Signs That a Guy Has Slipped into “Impress Her!!” Mode

The guy hopes that the woman will think, “Wow, he’s such a nice guy. He’s saying all the right things. He seems like a really good guy…a trustworthy guy. He’s so likeable. I could introduce him to my family and friends. I want to be with him!”

Yet, this approach to women almost always backfires and causes the woman loses interest instead of becoming more interested. Why? 95% of the guys a woman meets will put on that type of act around her. She’s not stupid; she knows that it isn’t the guy’s natural personality. She knows that he’s trying to trick her into seeing him as an innocent, non-threatening guy who she should “give a chance” to.

The Secret to Impressing Women

The secret that I want to tell you about impressing women that I learnt a long, long time ago and that most guys still don’t even know is this…

The secret to impressing a woman is to not try to impress her at all.

Instead of trying to impress a woman in the hopes that she likes you, what you actually need to do is:

If a woman likes you as a guy or likes you as a person, it doesn’t mean that she’s going to want to have sex with you. What makes a woman want to have sex with you and be your girlfriend, your lover or dream about being your wife, is her feeling sexually attracted to you. Sexual attraction has to come first before anything else you do, including getting her to “like” you as a person.

Sexual attraction isn’t sparked in a woman by: 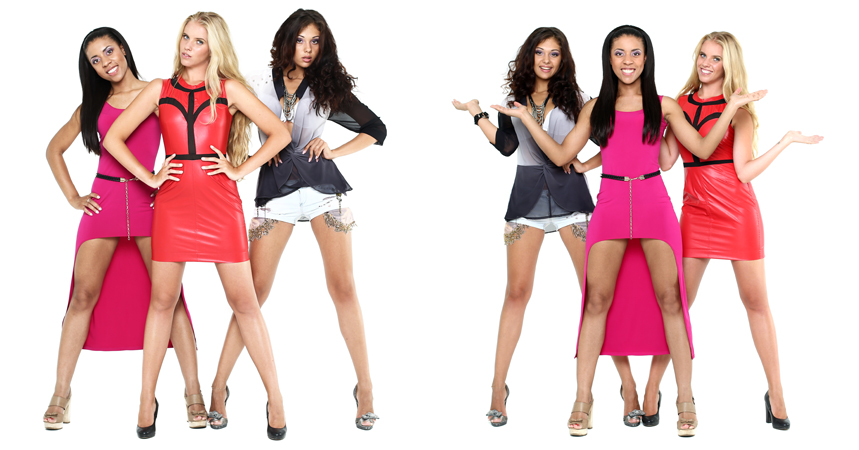 When a woman gets the sense that a guy is not being his normal, real, authentic self it actually makes her lose respect for him. Additionally, the majority of his behavior around her (e.g. being extra nice, polite, well mannered, considerate, etc) won’t be making her feel sexually attracted to him. She might think of him as a nice guy, but that doesn’t make a woman feel sexually attracted.

When a woman doesn’t respect a guy or feel sexual attraction for him, it doesn’t add up to her thinking, “Wow! I’m so impressed! I want to start a relationship with him right now.” She simply looks at him as yet another guy who doesn’t feel like his normal, natural self is good enough for her.

The natural, simple way to impress a woman is to gain her respect by being your normal, authentic self while also doing the sorts of things that will make her feel sexually attracted to you. You can make a woman feel sexually attracted to you based on her personality and who you are as a guy. There are so many different ways that you can attract a woman while talking to her and interacting with her.

Just like 95% of guys fail in their attempts to impress women, almost the same amount of guys don’t know how to make a woman feel attracted during a conversation. So, when you learn the techniques that we teach here at The Modern Man (and that you can learn about in my book The Flow, which is the foundation of everything I teach), you will instantly become more impressive than 95% of guys a woman meets.

In a matter of hours you can learn what has taken me years to work out about attracting women and getting women to fall madly in love with you during an interaction. If you have met a woman already and have made a bad impression her, simply use the techniques that I teach in The Flow and she will suddenly feel intense respect and attraction for you. If you use a lot of my attraction techniques on her at once, she will even begin to pursue you and make it really obvious that she has feelings for you and she wants to be with you.

When you meet a new woman for the first time, getting her to feel respect and attraction for you happens in the first 1-2 minutes. You will see how attracted she is to you and you will be amazed at how obvious she makes it that she really likes you and wants to be with you. That is a really cool power to have as a guy and when you start using the techniques that I provide in The Flow, you will notice that 95 out of 100 guys don’t even know about this stuff.

Right now, you have got an opportunity now to get ahead of the competition. Before other guys find The Modern Man and starting learning and using these techniques on women before you do, you’ve got an opportunity to learn it all now, get what you want with women, enjoy the life that you want with women and not have to worry about most guys competing with you. After learning the techniques and insights from The Flow, you will see that 95 out of 100 guys don’t even know this and are simply trying to fumble their way into a relationship with a woman or are hoping to “get lucky.”

Unlike other guys who are clueless about women, you will know exactly what you’re doing when interacting with a woman. You will effortlessly make a woman feel intense respect and attraction for you when you interact with her. You won’t have to waste weeks or months trying to impress a woman and hope that she eventually likes you, constantly worrying that some other guy might steal her from you. You will simply make her feel respect and attraction for you immediately and she will then make it completely obvious that she likes you in a sexual way and wants something to happen.

In many cases, she will even begin to pursue you, ask you out or hint at the fact that she wants to get sexual with you. Other guys looking on won’t know why beautiful women like you so much, but it will be completely clear to you. You will know exactly how and why you’ve made women feel that way. From that moment onwards, you will know that you will have your choice with women for life. Impressing women and making them feel intense respect and attraction for you will no longer be a mystery to you.

The next time you interact with a woman you really like, don’t try so hard to impress her. Trying hard to impress a woman is actually very unimpressive to women because they get that all the time from clueless guys.

What makes a woman feel impressed by you is noticing that you don’t feel the need to impress her because you believe that your natural self is good enough for her. That type of confidence in a guy is really impressive to women. From there, you simply need to make her feel very attracted to you (don’t worry – it is easy) and she will make it really obvious that she wants to be with you.

A Surprising Truth About What Really Attracts Women

Why Do Women Like a Guy Who is a Challenge?