Why are men attracted to a woman’s thigh gap?

Here are the three main reasons:

1. Traditionally, a woman’s thigh gap has only ever been shown to a man behind closed doors.
2. It shows that she is a female because there are no hanging balls.
3. It looks good when coupled with another one of her feminine features; her hips.

1. Traditionally, a woman’s thigh gap has only ever been shown to a man behind closed doors

Traditionally, women haven’t shown that area of themselves before.

It has always been covered up by a big dress in most cultures around the world. 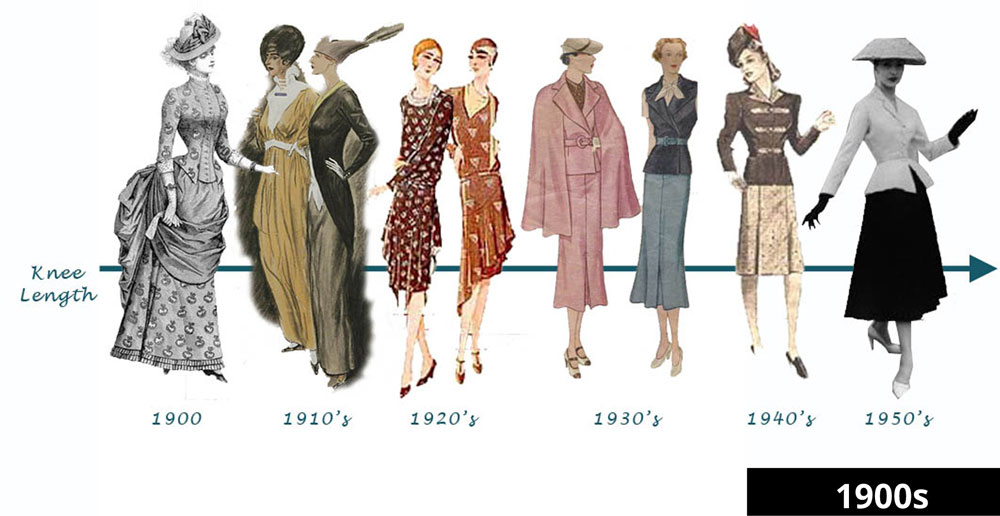 Women haven’t been showing that area of themselves and it’s only an area that a man usually gets to see when the woman is naked in his bedroom. 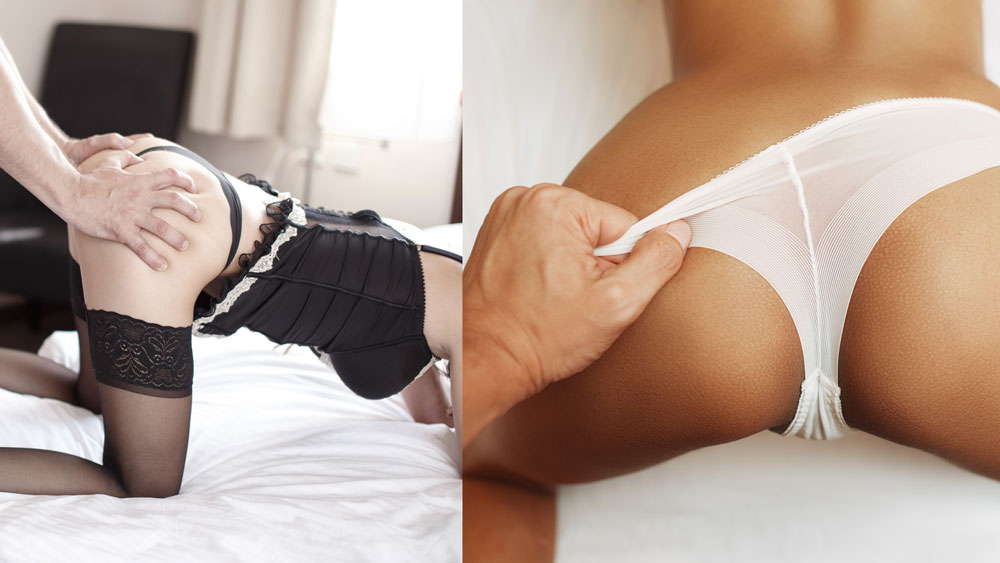 In other words, when the man is about to have sex with her, or he is having sex with her.

So, when a man sees a thigh gap, it’s like he is almost there to getting to have sex with a woman.

Even in some tribal cultures that still exist today, you’ll notice that women cover up that area of themselves with a long dress and some cultures cover it up with a short dress.

Some tribal women may have their breasts on display, but they usually make sure not to show their thigh gap because showing that part of themselves, showing the vagina area gets the attention of men and makes them want to have sex.

Just looking at a woman’s thigh gap can make a man want to have sex.

2. It shows that she is a female because there are no hanging balls 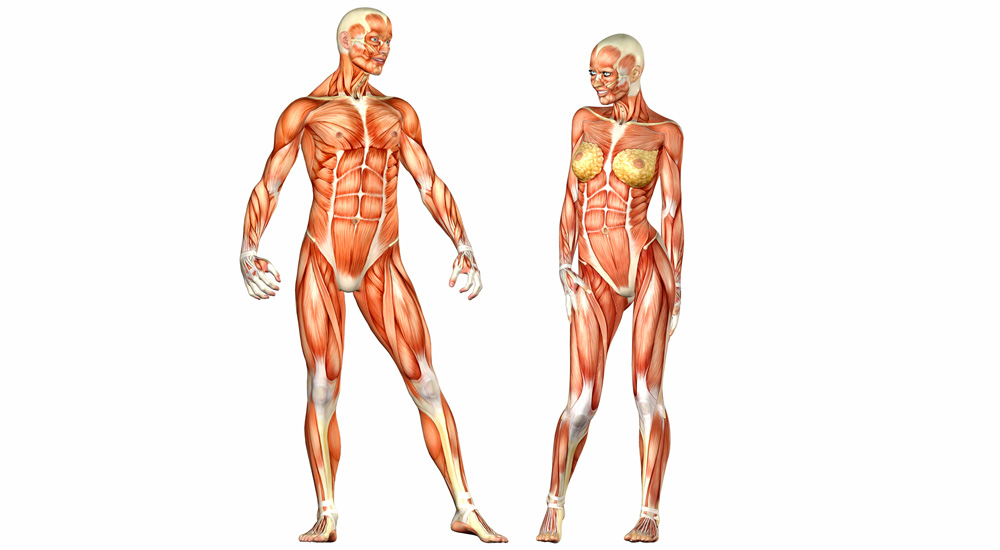 For a woman, some obvious feminine features are her hips, her breasts and if she has a thigh gap, her thigh gap.

A subtle feminine feature can also be her face if she has a very feminine looking face.

To be clear, the attractiveness of a woman’s thigh gap has more to do with what is going on above her knees. 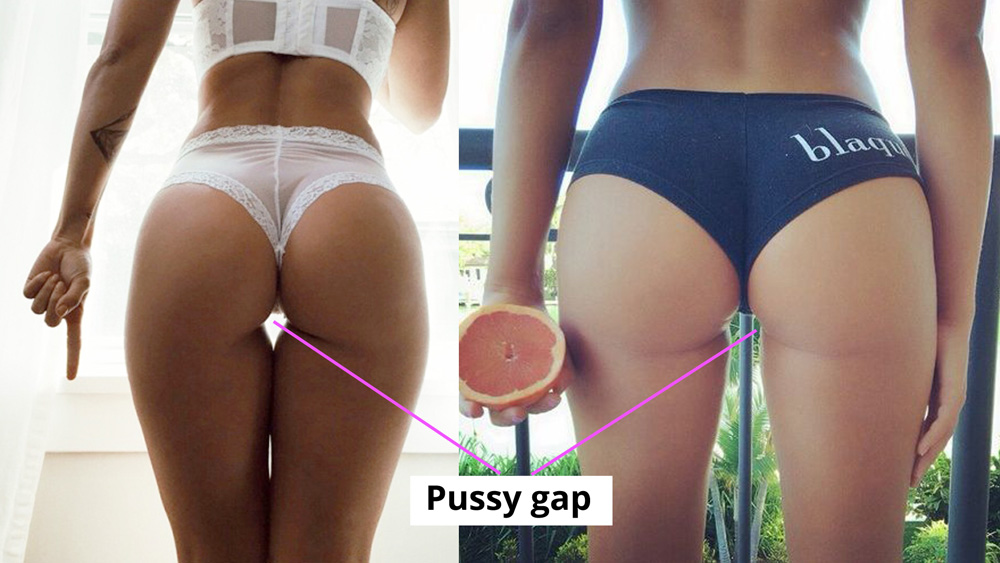 It doesn’t matter if her knees touch or even if her thighs are slightly touching because the most attractive feature of a thigh gap is the pussy gap.

What attracts men to a woman’s thigh gap the most is that flat line in between her legs or the subtle mound. 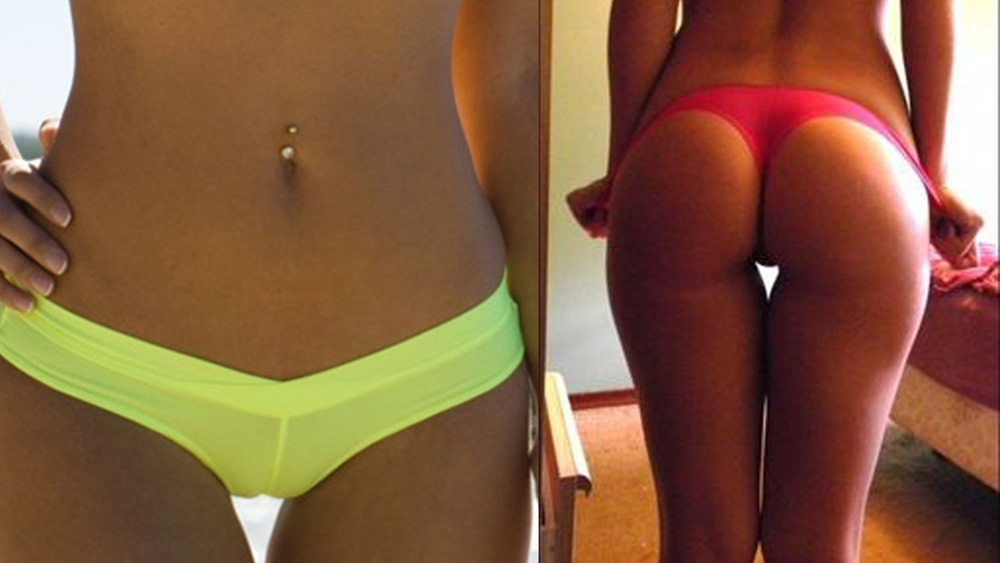 Since there are no hanging balls, no bulge from a dick and it’s just flat or a slight mound, a man’s primal instinct of attraction is triggered because she’s obviously a female. 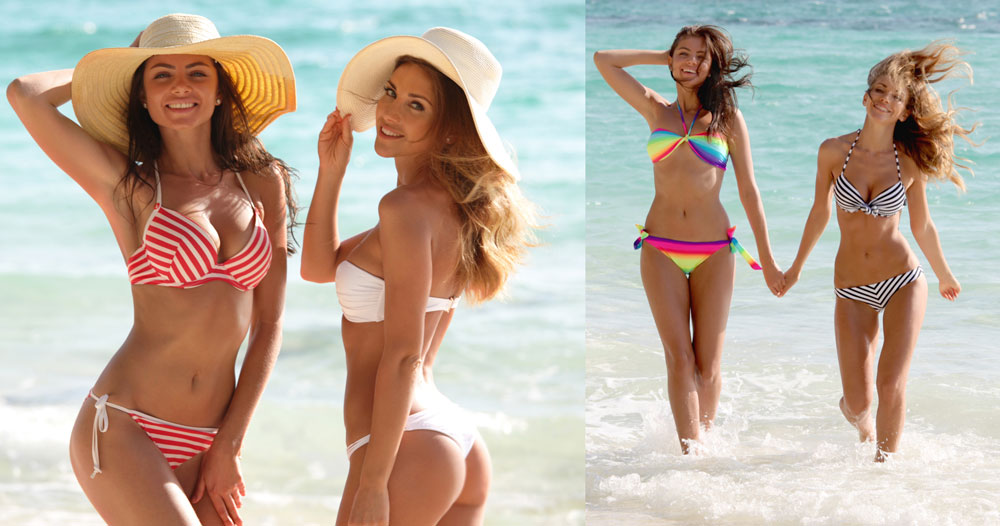 The way that a man’s attraction to a woman works is that men are attracted to feminine features about a woman, things about a woman that make her look different from a man (e.g. her breasts, her hips, the shape of her butt, her face and if she has a thigh gap, that as well).

3. It looks good when coupled with another one of her feminine features; her hips 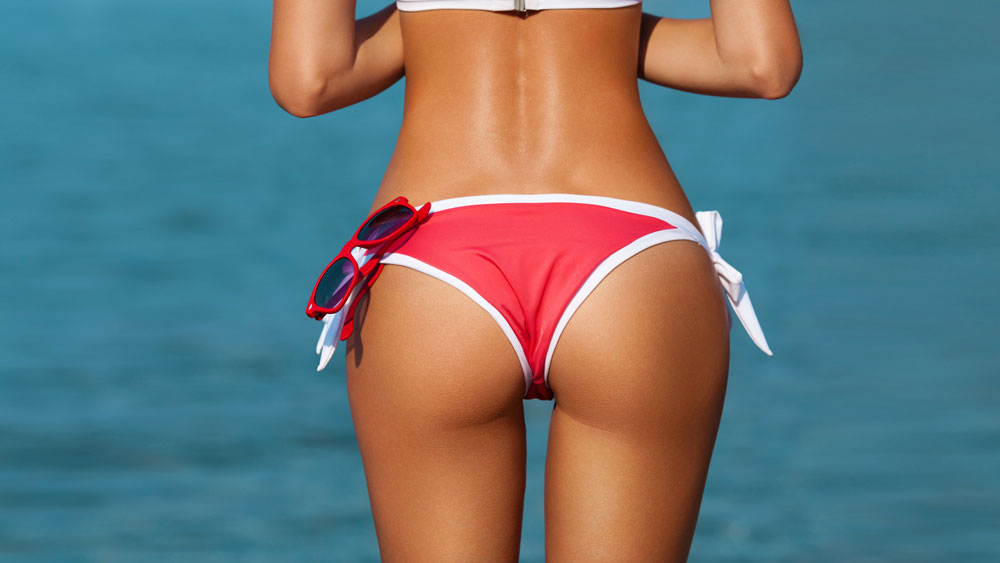 The angle of a woman’s hips is an obvious feminine feature which automatically attracts men in a subtle way.

If she also has a thigh gap that showcases the fact that she doesn’t have balls and a dick in between her legs, it’s a double attraction hit.

To be clear here, there are men out there who prefer a woman without a thigh gap.

Men prefer all different types of women and a woman doesn’t have to have a perfectly shaped body and a thigh gap to be attractive.

The truth is that all types of women will have men that find them attractive.

However, the thigh gap is something that attracts men to women because it’s an obvious feminine feature.

It shows a part of her that a guy doesn’t normally get to see.

Traditionally speaking, a man has only ever seen that part of a woman when he’s in bed with her or having sex with her. 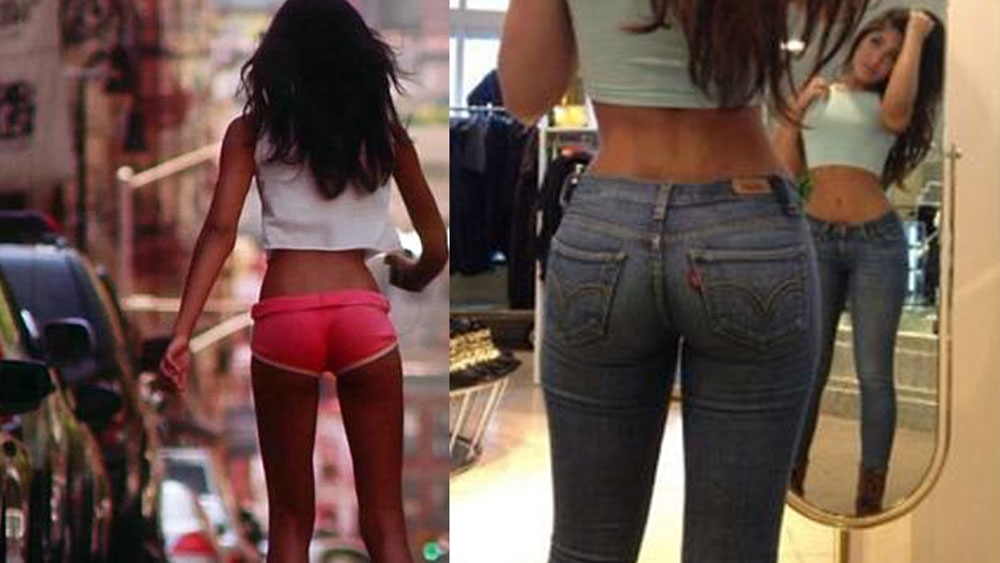 However, in modern society, thigh gaps are often on display.

It’s sort of like when women started wearing dresses that showed a little bit of her ankle. 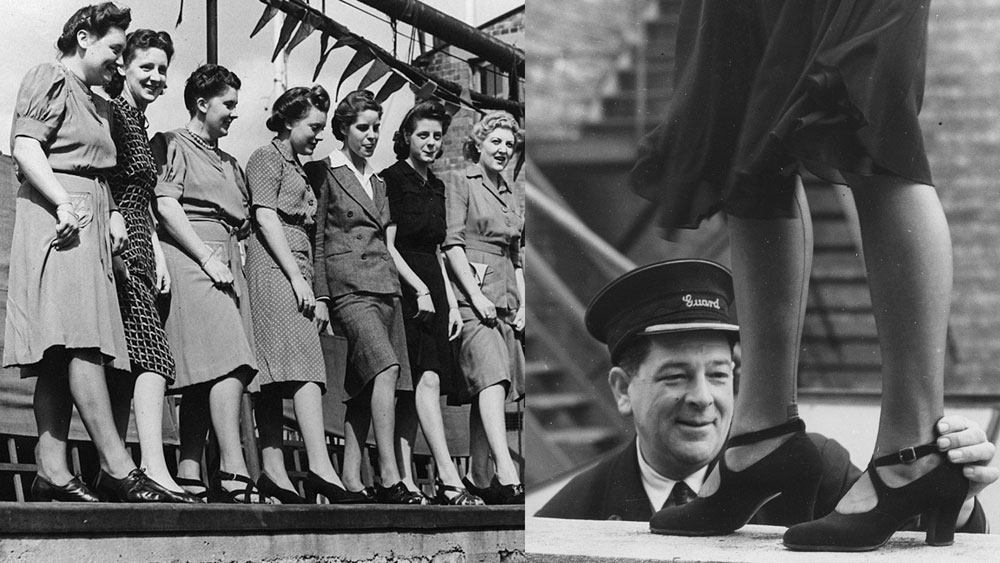 In the past, that was seen as shocking and some people thought that the world was going downhill because women were showing their ankles.

Eventually, when the mini skirt came along, that was seen as shocking as well, but it was very attractive to men because men didn’t usually get to see those parts of a woman’s legs unless they were in bed with her or in a relationship with her. 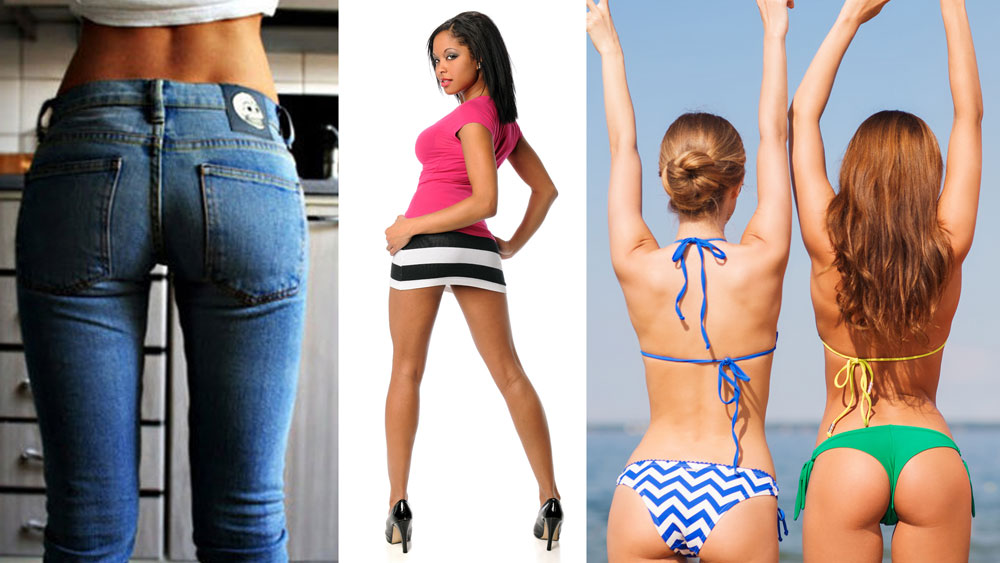 These days, when a woman has a thigh gap and she walks around in tight pants or in a tight skirt or in a bikini, men cannot help but feel attracted to that.

It doesn’t mean that a woman has to have a thigh gap to be attractive, but it’s simply one of the things that a woman can have that will attract men.

The Thigh Gap Trend is Not the Cause of Anorexia

One of the reasons I’ve made this video is that I’ve noticed there’s a fair bit of controversy around the thigh gap topic and people tend to get confused about it and post up photos of women who are taking selfies and they’ve obviously got very skinny, even anorexic, legs and they’re saying, “Look at what the thigh gap trend is causing!” 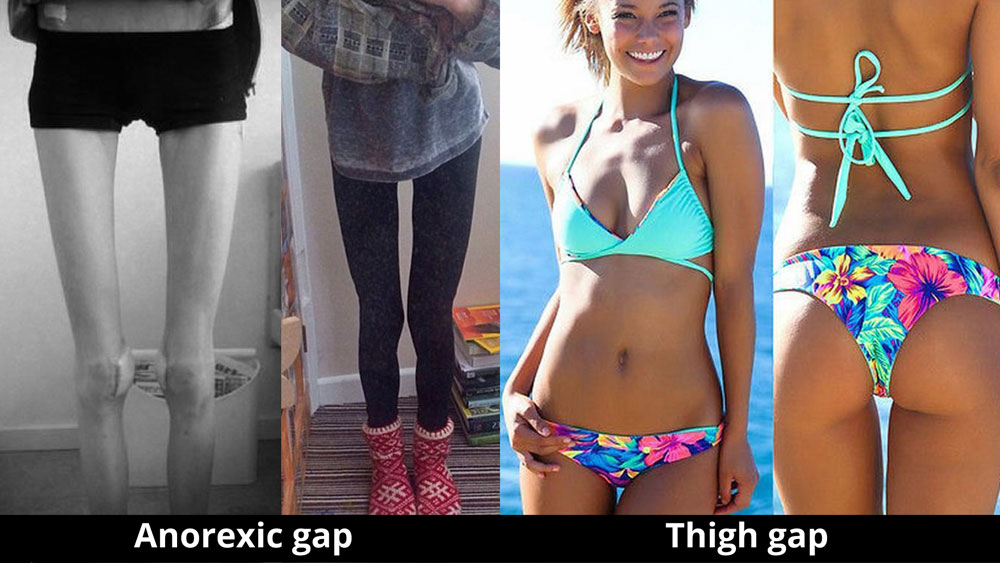 Having a thigh gap is not about being anorexic.

It’s not about women starving themselves and trying to have super skinny legs that look anorexic.

A woman’s thigh gap is also something that men shouldn’t feel ashamed of feeling attracted to.

Sometimes women and the media tend to try to shame men into feeling attracted to a woman’s thigh gap.

Men are attracted to things about women that mark them out as being different from men.

A woman can still be beautiful and attractive to men without a thigh gap.

3 Reasons Why Men Are Attracted to a Woman’s Breasts

Beating Women at Their Own Game