While women do like to be touched by men that they are attracted to or in love with, they don’t all like being touched in the exact same places or in the same way.

Here are some examples of where most women like to be touched, but you should keep in mind that the woman you are with might prefer less touching in some areas than others.

Apart from her vagina and breasts, sensitive areas include:

Touching a woman’s hair can really turn her on, whether it’s pushing longer hair behind her ears like a father would do to his little girl, stroking her head in a loving way or gently massaging her with one finger making a circle motion all the way from her temple down to the back of her ear.

The ears and earlobes are very sensitive areas that only need to be touched very lightly to turn a woman on.

The muscle that runs around the side of the neck to form a connection between the base of the skull and the breastbone is highly sensitive to touch in most people, which is why “whispering sweet nothings” in a woman’s ear and breathing gently on her neck can bring her a lot of pleasure.

3. Upper back and arms

A man’s arm around a woman’s shoulders can make her feel protected, which is a feeling she instinctively likes.

Gently stroking her back or the top of her arm (just below her shoulder) can also be very relaxing, comforting and arousing.

A touch on the hand can create an instant connection when you are first talking to a woman and getting to know her.

In a relationship, holding hands giving her a gentle massage on her palms and wrists can really generate a lot of loving pleasure.

The lips are extremely sensitive to touch.

Try it now. Run a finger across your upper lip now and imagine how a woman would feel if you did that to her when she was feeling attracted to you and turned on by you.

In terms of kissing, research shows that kissing someone for the first time leads to a release of the feel-good hormone dopamine, which boosts the intensity of the pleasure that is being experience.

From the first kiss onwards, kissing leads to the release of oxytocin, which generates the warm, fuzzy, loved-up feeling that all women love.

If a woman is attracted to you and you are kissing her, she will like being touched on her inner thigh.

Simply make your way up from knee and caress and grope her as you get close to her vagina. Whether you touch her vagina or not depends on whether you are about to sleep with each other or are already in a relationship, as well as if she might be worried about other people seeing what you’re doing.

What Makes a Woman Want to Be Touched By a Guy? 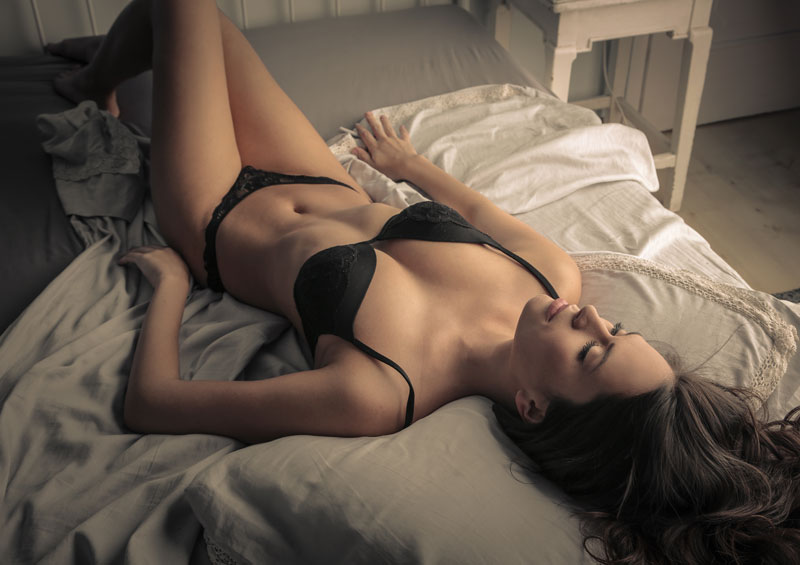 The bare essential ingredient that a woman needs to feel for a guy, before she will want to be touched by him is attraction.

As long as a woman is attracted to a guy that she meets, she will enjoy his touch and it will give her feelings of pleasure and excitement.

However, that changes when a man and woman get into a relationship.

In a relationship, a woman will lose interest in being touched by a guy if she begins to lose respect for him as a result of the way that he treats her or conducts himself as a man throughout his everyday life.

For example: If a man gets into a relationship with a woman and they both really enjoy being with each other at the start due to the initial feelings of lust and attraction, they will both enjoy experiencing the pleasure the comes along with touch.

Yet, as the relationship continues, the woman will lose interest in being touched by him if he does things that cause her to lose respect for him (e.g. being insecure, clingy, controlling, emotionally weak, etc).

Once a woman loses respect for a guy, she can no longer bring herself to feel a lot of attraction for him and if that continues on for a while, she will eventually begin to fall out of love with him.

So, what you need to do to be the sort of guy that women want to be touched by, is to be a man that a woman can look up to and respect now and in the long run.

Being a man that a woman can look up to and respect is about being confident in yourself, going after your biggest dreams and ambitions in life, treating her with love and respect, making her feel valued and wanted and being someone that she can rely on to be emotionally strong no matter what challenges you encounter in life.

As long as you have that foundation in place when in a relationship, your woman will be able to feel attracted to you in many different ways (e.g. she will feel attracted to how you make her laugh and smile, to your intelligence, to your unique charisma and personality).

When a woman respects you and also feels a lot of attraction for who you are as a man and how you make her feel, her love for you will deepen over time.

You are the man who she respects, feels attracted to and is in love with, so your loving or sexual touch is exactly what she wants to experience.

When you’re in love with a woman, you can touch her in very simple ways and she will feel the tingle of sexual attraction and desire for you.
Foreplay becomes easy and effortless because even a simple kiss on the cheek, forehead or neck or a warm, loving embrace can lead to feelings of sexual desire that then results in sex.

How to Flirt at Christmas Parties: 8 Tips and Examples