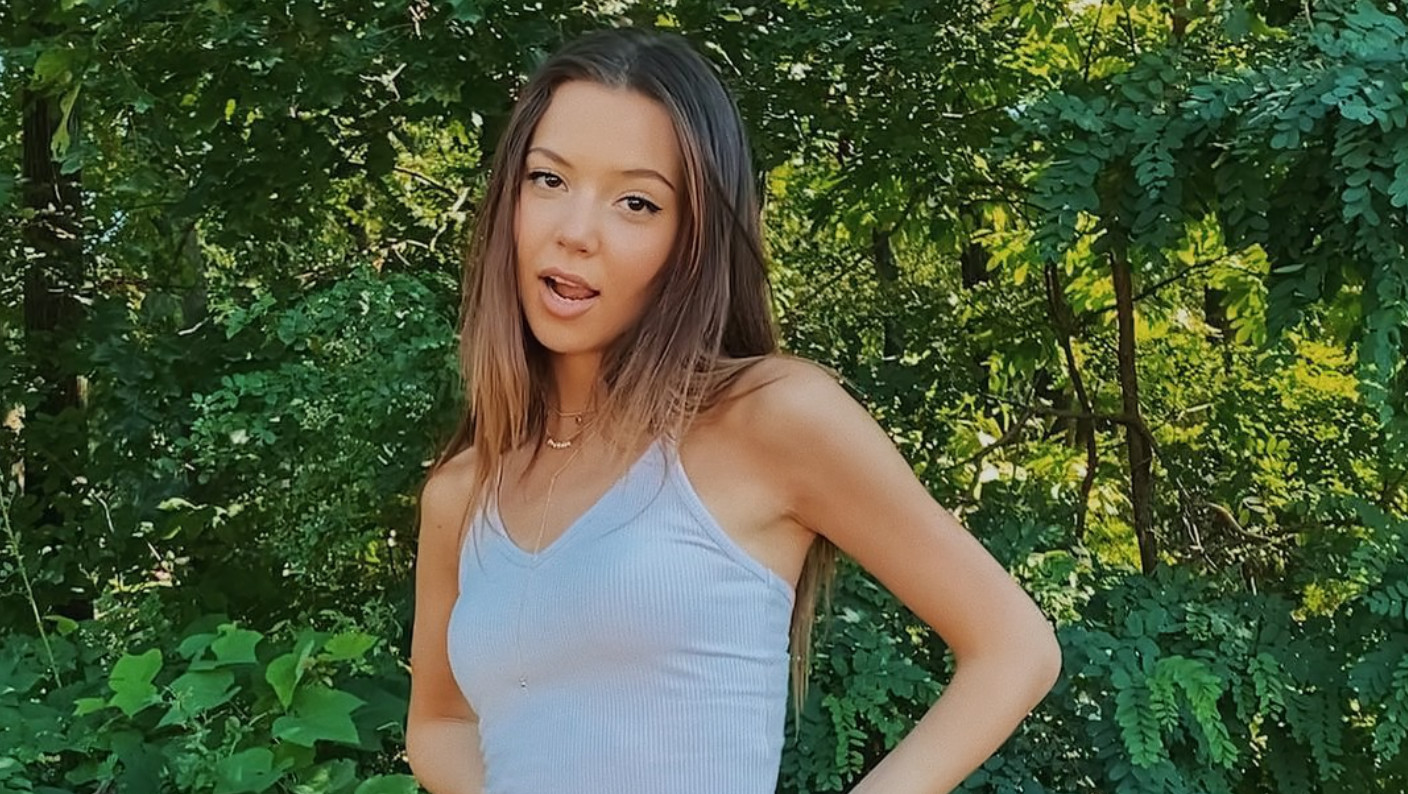 Only 1% of people are sociopathic.

That includes men and women, so the chances of a woman being a sociopath are approximately 0.5%.

In other words, it’s very rare.

Despite those odds, when a guy is unsure whether or not his ex woman is a sociopath, he will often want to believe she is anyway.

That way, she didn’t reject him because of him; it was due to her being so messed up.

She is the problem and he doesn’t really need to fix anything.

Yet, that doesn’t help him get her back.

Instead, it just makes her seem unattainable and can also make him behaving in unattractive ways with new women he dates, which can lead them to dump him as well.

In other words, don’t go assuming she is a sociopath and coming to the conclusion that many women are crazy, psycho and can never be trusted in a relationship.

If you do assume that, you will mess yourself up and that won’t help you now, or in the long run.

So, if you think your ex was a sociopath, be sure to avoid making one or more of the following mistakes, which not only reduce your chances of getting her back, but will also make your future relationships worse…

1. Diagnosing her as a sociopath when she’s not

Sociopath (noun): A person with a personality disorder manifesting itself in extreme antisocial attitudes and behavior and a lack of conscience.

“Sociopaths are less able to play along. They make it plain that they’re not interested in anyone but themselves. They often blame others and have excuses for their behavior.” WebMD

There’s a 99.5% chance that a woman is not sociopathic.

So, when a guy assumes his ex woman is a sociopath, he will usually have come to that conclusion based on the fact that she didn’t love him the way he wanted her to.

Yet, what evidence does he really have that she is sociopathic?

What is he basing his diagnosis on?

In most cases, a woman will behave in what seems to be a sociopathic way when she isn’t attracted to a guy.

Many men will also do the same thing when not attracted to an ex woman, but it doesn’t mean they are sociopathic.

When a woman disconnects from her sexual and romantic feelings for a guy, she will instinctively close herself off and begin pulling away from him more and more.

She will also start to put herself and her needs first, regardless of how that makes her guy feel.

Does that make her a sociopath?

However, in most cases, it’s just a woman protecting herself from getting hurt.

Of course, a guy might not want to see it that way (e.g. because he doesn’t want to admit to himself that he didn’t adequately build her feelings of respect, attraction and love for him), but it’s the truth.

So, rather than continue seeing your ex as a sociopath and feeling hopeless to get her back as a result, maybe you should consider changing your approach.

When you interact with her (especially over the phone and in person) and you spark her sexual and romantic feelings for you, you might be pleasantly surprised by the results.

She wants to be good to you, because you now make her feel the way she wants to feel.

It then becomes easy for you to get her back and have a very happy, loving relationship with her that can last a lifetime.

2. Developing a fear of her cunning, seductive power over him when she’s just an ordinary girl that many other guys could handle easily

A guy might sometimes convince himself that his ex is different from other women because she has the power to control him.

As a result, he becomes afraid of falling victim to her again.

Yet, what he doesn’t realize is that she’s pretty normal.

Most women will have power over a guy if he lets her.

The issue is not with her, it’s with him.

Sometimes, a guy thinks that if he allows his ex to call all the shots in the relationship (e.g. makes all the decisions, always gets her way), she will be happy and then will want to stay with him for life.

Yet, rather than feel happy, she ends up not only messing him around, but also losing even more respect for him at the same time.

What a guy like that doesn’t realize is that a woman wants to be with a man that she can look up to and respect, not a guy that is willing to submit and follow her orders like a good, little boy.

However, because he does give in to her, she naturally takes advantage of him and becomes a bit of a bully to him.

He then takes it as a sign that she’s a sociopath and he develops a fear of her power over him.

What he doesn’t realize is that all he has to do is to maintain his confidence with her and firmly, yet lovingly, stand up to her when she tries to manipulate him.

If he can do that, she will instantly feel respect for him.

When she respects him, she will also feel attracted to him and then she will behave like a good girl, because she wants to get back with him.

3. Developing a fear that new women he dates might turn out to be sociopathic as well, which causes him to avoid relationships or unnecessarily ruin relationships that he gets into

Sometimes a guy is so hurt and emotionally damaged after a breakup, that he then struggles to have another relationship again.

Basically, he becomes fearful and distrustful of women in general and secretly he likely thinks things like, “I couldn’t handle it if I got into another relationship and she also turned out to be a sociopath. It would totally destroy me. I think I’m better off single. Yes, it can be lonely, but it sure beats the alternative of getting used and thrown away.”

Alternatively, every time he gets into a relationship with a woman, he ends up being suspicious of her every action and behavior.

In his mind he’s always thinking the worst of her and that she’s a sociopath, even though she isn’t.

As a result, he becomes mean towards her and refuses to open up and be a good, loving man to her.

This naturally leads to a breakup, thereby convincing him even more that he was right about her all along, even though she didn’t really do anything wrong and it was him that ruined the relationship with her.

Don’t let that be you.

If you want to move on and find yourself a good woman, you are going to have to forgive your ex.

Remember: It’s not for her sake, it’s for yours.

You don’t even have to tell her that you forgive her.

You just have to do it in your heart, so that when you interact with a new woman, you won’t allow the anger, bitterness and mistrust from your past relationship to ruin your chances of a happy, healthy relationship with another woman.

4. Not realizing that he could have made her treat him well and be loyal for life by using a different approach with her that some other guy is going to use

Sometimes a woman will think, act and behave like a sociopath simply because her guy is not sparking her sexual and romantic feelings for him.

As a result, she ends up feeling resentful towards him for wasting her time.

This then causes her to treat him in selfish, uncaring ways.

Yet, that’s based on her response to him.

With another guy who knows how to give her the attraction experience she really wants, she’s a loving, attentive, devoted woman.

If you want your ex back, you can make it happen.

That doesn’t mean you have to change who you are.

You simply have to change the relationship dynamic to one where she feels more of a need to win your approval, get your attention and win your love, than you do.

If you were always nice and sweet to her regardless of how she behaved or treated you, you’re now more ballsy and stand up to her when she’s out of line.

If you gave her too much power so she felt more dominant than you, you now take control and behave like the man in the relationship.

If you treated her like she was angelic and pure, you now make her feel like a hot, sexy woman instead.

If you were too gentle and emotionally sensitive around her, you now man up and become more emotionally masculine.

The more you behave in ways that she always wanted but never got, the more attracted to you she will feel.

She will then want to be a good woman to you, so she can get another chance with you.

It’s then up to you to take the lead as the man and guide her back into a relationship where she feels motivated to behave herself and treat you well because she’s afraid of losing you for real.

Do Sociopaths Think About Their Exes?