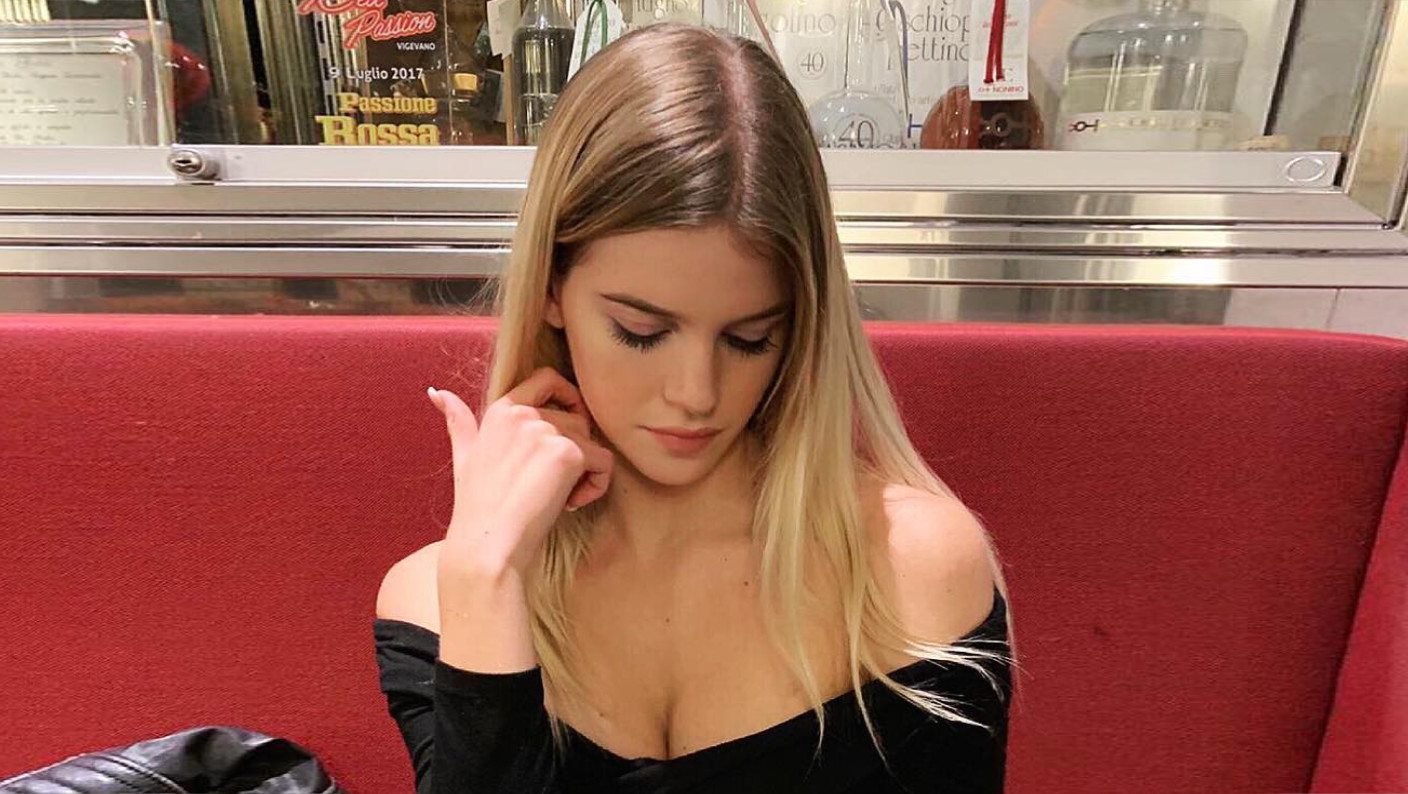 Neediness can ruin attraction in a relationship.

Yet, it hurts men more than it hurts women.

In many cases, men don’t feel turned off by a woman being needy of them.

Many men feel more confident and empowered by it and don’t really have a problem with their woman being needy for them.

Yet, women feel turned off by desperation and neediness in men.

So, being needy in a relationship hurts men more than it hurts women.

As a man, the best approach to use with a woman is to be emotionally independent, where you feel confident, you feel happy, you feel good about yourself, regardless of what she says or does.

If you depend on her to behave in a certain way, or say certain things in order for you to feel confident, feel secure, feel happy and so on, then you will be needy and it will turn her off. 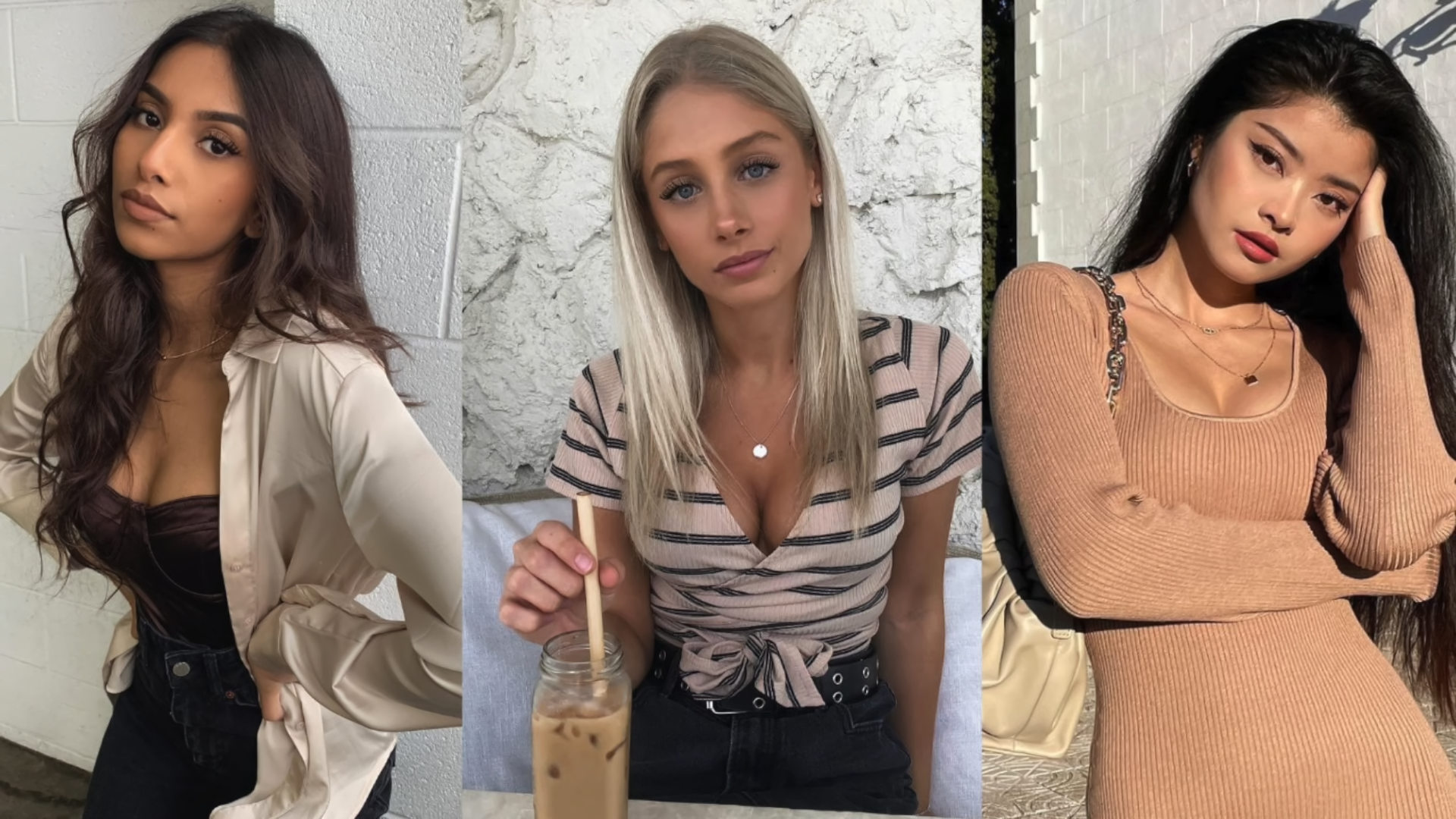 Why does neediness turn a woman off in a relationship?

Generally speaking, women want to feel safe and protected by a guy who is more confident and emotionally strong than themselves.

When a guy is needy in a relationship, he is displaying emotional weakness.

The woman starts to feel like the stronger one and in some cases, she feels like she has to protect him and make him feel safe, which isn’t sexually or romantically attractive to her.

She begins to lose respect for him, which then ruins her feelings of attraction.

She wants him to be emotionally stronger than her so she can look up him, respect him and feel protected by him.

It’s just one of those subtle differences in how attraction works for men and women.

Now, let’s get into the example.

In today’s world, a common example of neediness is displayed when a man texts the following 6 words to his girlfriend, or wife, or when he says it to her in-person, or on the phone.

These 6 words may seem innocent, but in many cases, they are laden with insecurity.

It’s based on insecurity.

Now, it’s okay to say that if necessary (e.g. she’s in danger, or she’s driving home in a severe storm), but it causes problems when it’s said unnecessarily.

So, here are some reasons why it starts to cause problems, makes the guy seem needy and as a result, turns the woman off.

The woman may start to feel like he is monitoring her movements as a person because he doesn’t trust her. 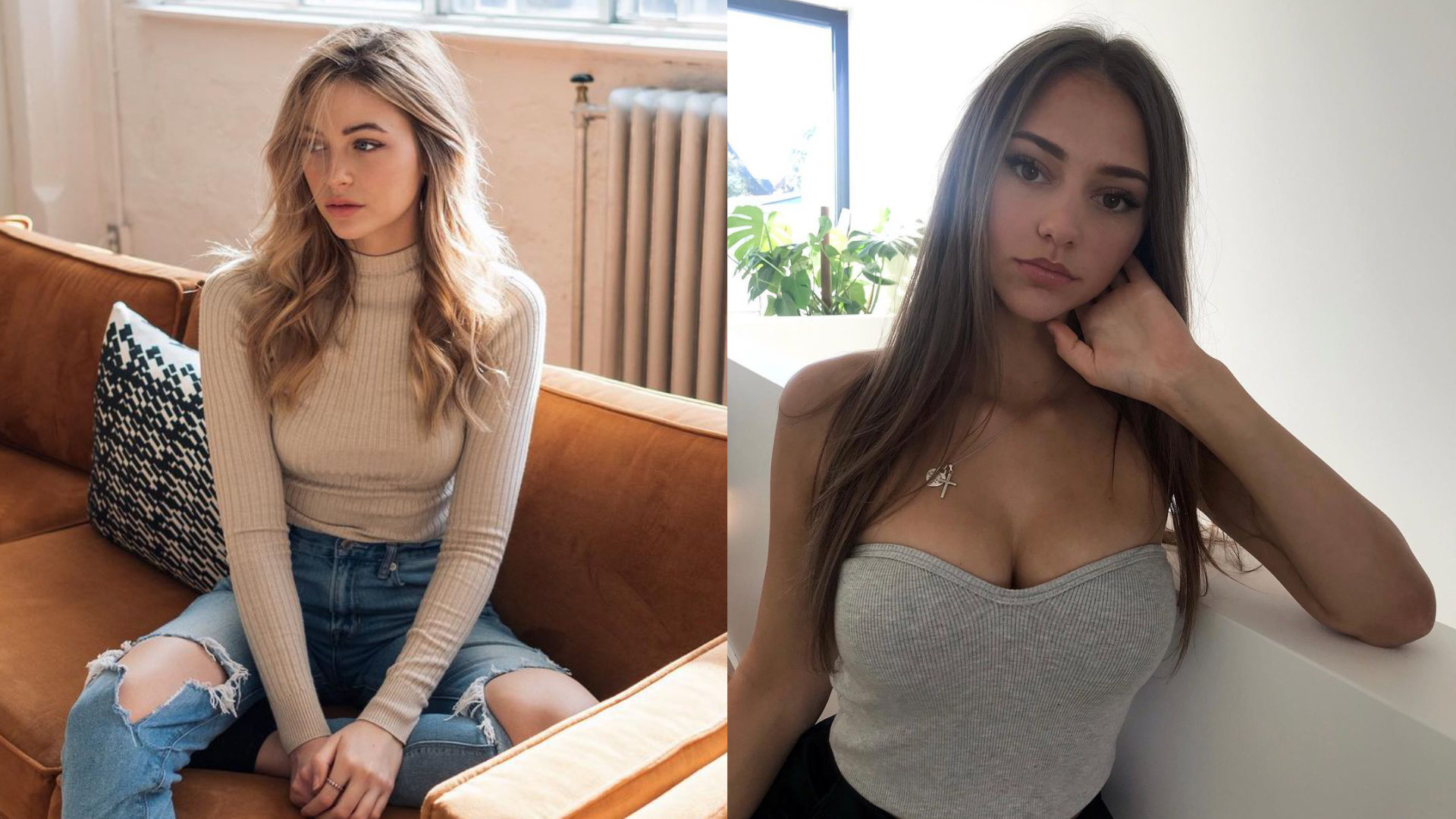 If he’s also jealous and insecure in the relationship, she may assume that he’s saying that to hopefully prevent her from cheating on him.

The woman can also feel obligated to give him a play-by-play of her life, which can then feel suffocating.

She can feel like she’s trapped in the relationship and doesn’t really have any freedom as an individual anymore.

Now, the thing is, not all guys who say that in a relationship are needy.

Sometimes a guy says it because he wants to show the woman that he’s taking care of her.

He really loves her.

He really cares about her and he wants to make sure that everything is okay in her life.

He is trying to be the best boyfriend or husband that he can be.

Yet, while it’s good to care about a woman in a relationship and protect her when necessary, a guy has to be able to trust her and let her live her life and be an individual, be an adult and take care of herself where necessary.

If a guy’s doing it out of insecurity and is trying to monitor her and prevent her from doing anything outside of his awareness, then she’s going to feel trapped.

She’s going to feel suffocated by the relationship and turned off by his neediness.

When a woman is in love with you, she’s attracted and she’s trusted in a relationship, she will almost always not want to cheat and mess up the relationship.

Both men and women cheat and it’s always a possibility, but when a guy puts too much pressure on a woman and she senses that he’s trying to monitor her and control her behavior, it makes him seem very needy and it turns her off.

It can seem like the woman is being too controlling.

She’s being too needy.

She’s being too full-on and just needs to relax.

On the other hand, when a woman is being needy for a guy in terms of giving him a lot of affection, touching him down there, wanting to initiate sex and so on, most guys aren’t going to complain about that.

Yet, when a guy is physically needy for a woman and is always trying to hug and get some affection in a needy way, the woman is going to feel turned off by that because women aren’t attracted to desperation in men.

Women do like it when their boyfriend or husband pays them attention in a confident, manly, or loving way, but they feel turned off when it’s done in an insecure, needy or desperate way.

There are a lot of subtle differences in terms of how attraction works for men and women.

Sometimes things are the same, but in many cases, there are subtle differences that, if you get wrong, can completely stuff up your relationship.

It can go from being a good relationship or a great relationship that was working, to one that is falling apart, or that falls apart.

Neediness is a Choice, So Choose to Be Emotionally Independent Instead

One final point that I want to make for you in this video, is that neediness is a choice, just like emotional independence is a choice.

You can choose to be needy in a relationship with a woman, or insecure and then experience the negative consequences of that if you want to.

It’s literally a choice you make to think and behave like that.

You can also make the choice to be emotionally independent, where you believe in yourself, you feel confident, you feel secure, you feel happy and you’re not worried regardless of what she says or does.

When you are able to do that, a woman respects you and feels attracted to you based on your emotional strength.

When she sees that you are able to continue being like that, it deepens her love for you over time.

You can get it right and you can make a relationship work and be happy and in love for life. 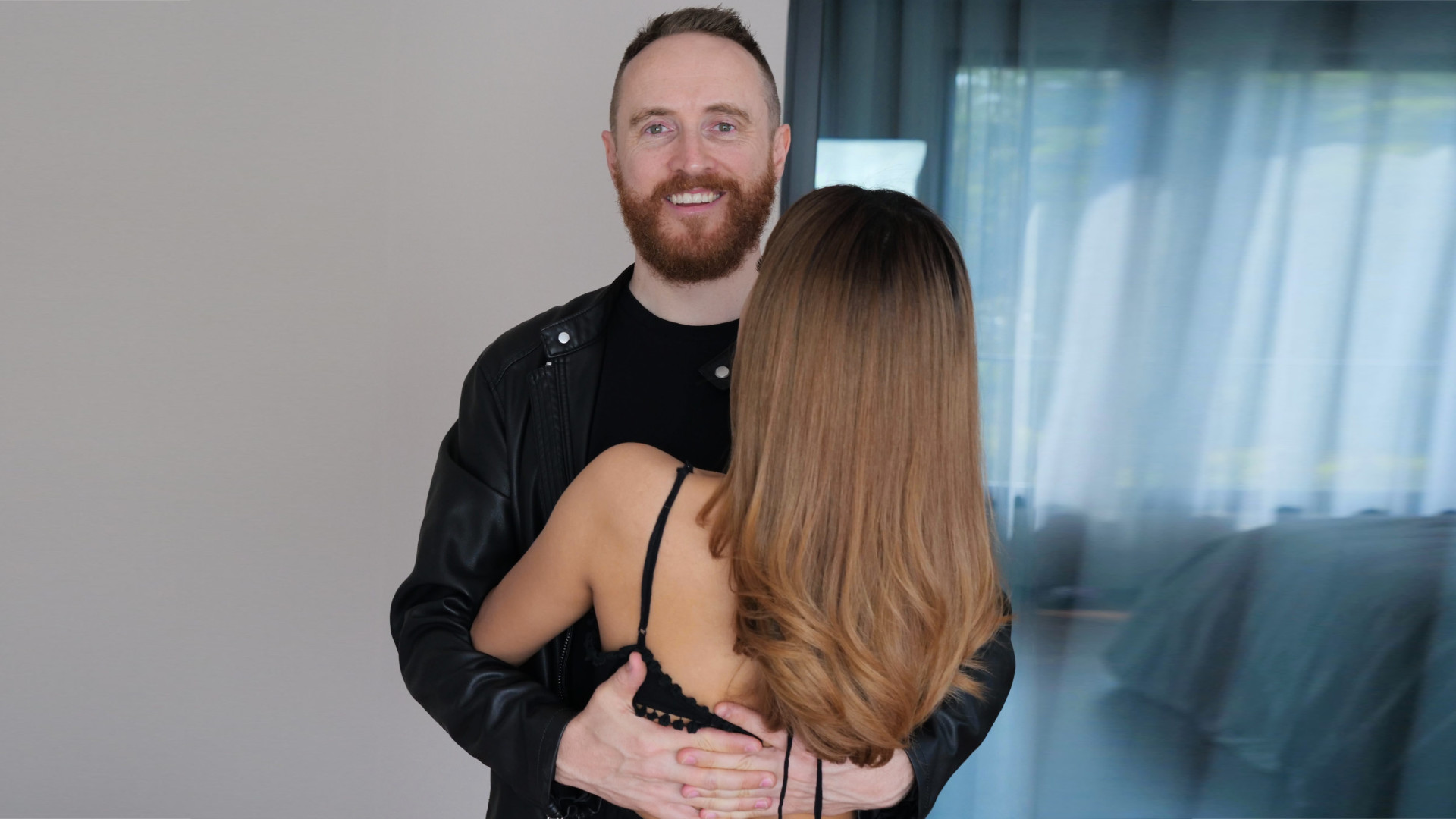 Dan Bacon, founder of The Modern Man and creator of Get Your Ex Back Super System

I’m already 9 years into my relationship with my wife.

It just gets better.

I know that sounds a little bit corny, but it’s true.

It just gets better.

You do not want to be with anyone else.

You are happy together and you want to be together for life.

You can achieve that in a relationship with a woman, but you have to make the choice.

By the way, if you want to learn exactly what to say and do when in a relationship with a woman to make it last for life and to make her love, respect and feel attracted to you for life, then I recommend that you watch or listen to my program, Make Her Love You for Life.

When you use the techniques from the program, your woman will look at you with respect.

She’ll treat you with respect.

She will feel attracted to you and remain totally in love with you for life.

New Secrets About Texting Women (99.9% of Men Don’t Know Yet)