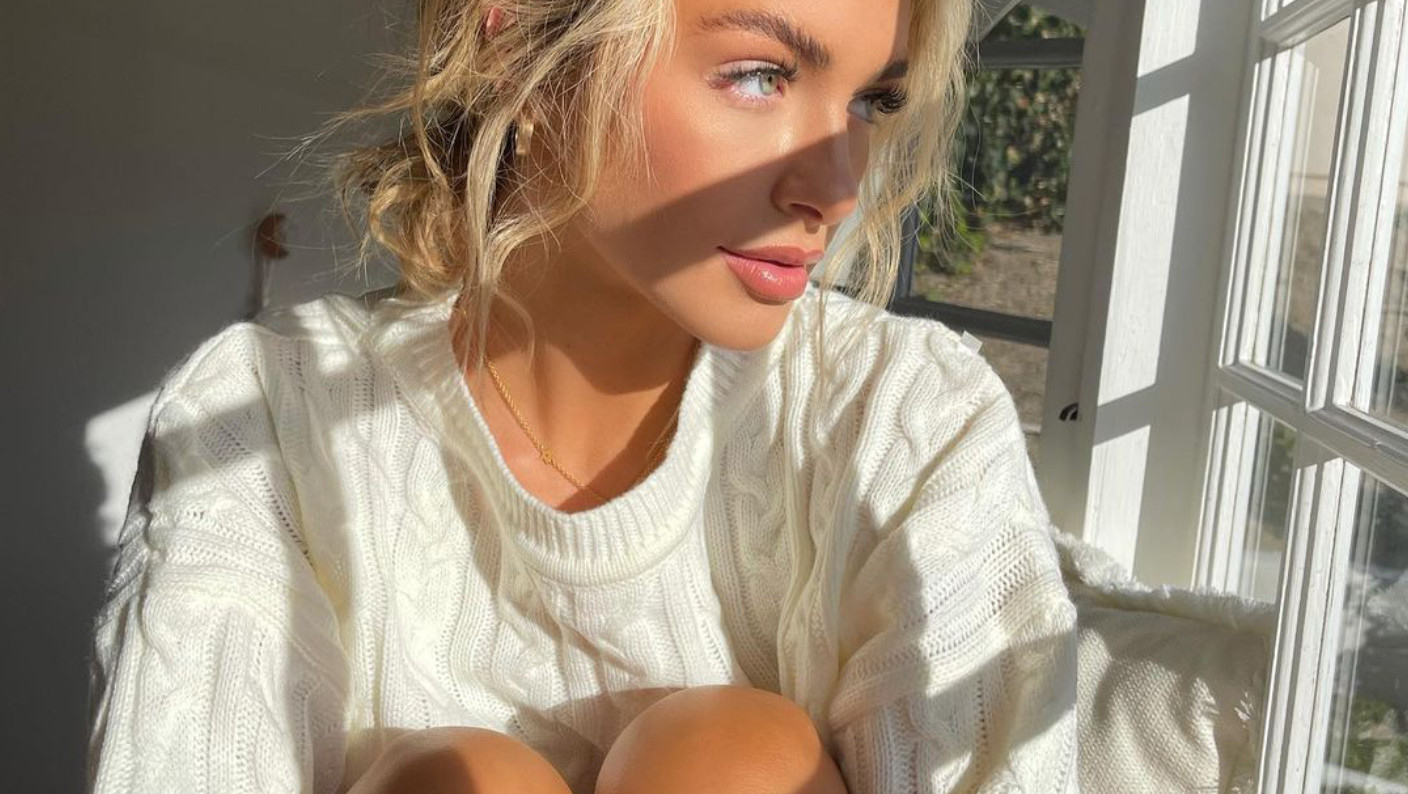 According to a study performed by Oxford University, women are  40% more likely to develop mental health conditions compared to men.

Other studies show that:

So, it’s not rare or uncommon for a woman to be experiencing emotional problems.

Here’s how to get an ex back who is one of the many women who have emotional problems:

1. Don’t let her emotional problems distract you from what actually makes a woman want a man

Emotional problems or not, the main thing that makes a woman want a man is attraction.

Even if a woman is very depressed and is struggling to cope with the pressures of day-to-day life (e.g. maintaining her job, getting through her studies, handling strife with her family or friends), when she’s in love with a guy, she’s likely going to do whatever it takes to hold on to him, rather than push him away.

On the other hand, when a woman doesn’t feel strong enough sexual attraction and romantic love for a guy, he will just add to her feelings of anxiety and stress (e.g. because she has to pretend to be happy with him and the relationship when in reality she’s not).

She will then almost certainly want to leave him to hopefully lighten her load, even if just a little bit.

So, if you want to get an ex back who has emotional problems, the main thing you need to do is make her fall so madly in love with you, that she’s willing to fix her problems so she can be with you.

You have to make her realize that if she lets you go, she will regret it for the rest of her life and that it will make her even more depressed, rather than feel better.

When she feels that way, it motivates her to work on her emotional problems so she can make her relationship work.

2. Don’t get sucked into discussions about her emotional problems

You are not her therapist.

That doesn’t mean you should brush her off or say that you’re not interested in hearing about her problems.

try to fix her problems for her, or try to make it better.

Taking that approach usually makes a woman feel like you perceive her as being broken and not good enough, which automatically kills her sexual feelings for you.

So, the best approach is to continue being a good man who is supportive and encouraging towards her.

However, your main role should be to create a relationship dynamic that motivates her to fix her issues in order to maintain your interest.

Focus on sparking her sexual and romantic feelings for you.

Remember: The more sexually and romantically attracted to you she feels, the less she will want her emotional problems to ruin what she’s experiencing with you.

You will be the thing that makes her feel the happiest, so she won’t want to lose that.

On the other hand, if you get sucked into discussions about her emotional health and try to come up with solutions for her, she’ll likely end up feeling annoyed that you think you can fix what she hasn’t been able to for so long.

As a result, she won’t feel motivated to interact with you much, or at all, which will make getting her back difficult for you.

3. Understand that most women seem to have ‘emotional problems’ in the eyes of men

Men typically relate to the world in a different way to women.

On the other hand, most women are:

As a result, it can take a woman a long time to fully process a problem before she will come up with a way to solve it.

This indirect approach makes some men see women as having emotional problems.

From a man’s point of view if a woman isn’t fixing her problem right away, then she either doesn’t know how (which makes him want to fix it for her), or she’s just messed up (i.e. she has emotional problems).

Yet, from her perspective, she doesn’t have emotional issues.

She’s just a woman and simply wants to rant so she can relieve some of her emotional stress and be heard and understood, without it being a big deal.

4. Understand how to be a more emotionally independent man, rather than needing her to be emotionally perfect for you

For example: A guy who can’t handle that his ex has emotional problems has to realize that he can’t control her thoughts, actions and behaviors, only his own.

That’s why he needs to focus on being a strong, stable force regardless of how she behaves or what she says.

That is better for him and her.

It’s good for him because he doesn’t get caught up in her drama and potentially feel as though he’s always waiting for something bad to happen (e.g. she breaks down, becomes emotionally volatile, she takes something he says or does the wrong way and it leads to arguments or fights).

It’s good for her because it shows her that he’s not dependent on her in order to feel happy in his own life.

He can be there for her and support her, but he doesn’t have to fix her in order for them to be happy together.

That’s attractive to her.

On the other hand, if a guy tries to fix a woman who has emotional problems, it can backfire on him.

It can turn into an endless cycle where there’s always something to fix, her ‘emotional problems’ never end and he’s never able to just relax and be the man in the relationship and allow her to be the woman.

The dynamic goes out of sync and now he’s her therapist and she’s his ‘patient’ which effectively kills the attraction between them.

Yet, without attraction, the motivation to stay together fades away.

So, don’t get involved in your ex’s emotional issues.

That doesn’t mean you shouldn’t care.

Just don’t try to fix her.

Your business is to continue living a good life, pursuing your goals and dreams, but are also being confident enough to interact with her and make her laugh and feel attracted to you again.

That is what brings down her guard and you can then easily get her back.

5. Tell her that you love her and don’t expect anything from her

For example: You might say, “Hey, I just want you to know that no matter what happened, I still love you. However, I don’t expect you to love me back, or want to get back together again, or anything like that. I just want you to be happy.”

By saying something like that, it effectively takes the pressure off her to make a decision, or to get over her issues and problems in order to get back with you.

It also puts the ball in her court so to speak.

6. Let her see you being very confident, happy and enjoying life without her

One of the ways you can do this, without being obvious about it is by posting photos of you looking happy and enjoying yourself with other people (e.g. at a party, on the beach, on a night out at a club, bar or a new restaurant).

It’s important for your ex to see you looking confident, happy and enjoying life without her vs. being lonely, confused or stuck.

The reason is that women are always more attracted to men who are emotionally independent and can get on with life after a breakup.

Of course, she probably won’t show you that.

Instead, she might complain, get angry or seem offended.

A woman will usually do that to test you and see if you will then start sucking up to her and saying, “No, no, it’s not like that. You’re still the one I want.”

She will then feel satisfied that she still has power over you.

So, the best response is to remain confident and say, “I’m just living life. Of course, I still love you and care about you, but I totally accept your decision to be broken up.”

She then feels confused about what she wants.

You aren’t pushing her to get back together again like she thought you would.

As a result, she begins to feel rejected or left behind.

She feels like she’s losing you and that it would be a big mistake.

Those feelings then motivate her to open back up to you again.

7. Be confident enough to guide her back into a relationship, even if she doesn’t help you make it happen

A mistake that some guys make when they want to get an ex back who has emotional problems is to wait for clear signals, or for her to say she wants him back.

A guy like that justifies his decision because he doesn’t want to add to the emotional stress she’s going through by making a move if she’s not interested.

Yet, what usually happens is he ends up losing out instead.

She meets a new guy and he sparks her feelings so she goes with him.

Her ex then misses his chance to get her back easily.

He then has to go through the added effort to get her to break up with the new guy.

Additionally, seeing her sleeping with a new guy while he remains single and loyal to her can cause him to feel insecure.

That then comes through in the way he talks, acts and behaves around her (e.g. he seems tense, jealous, unsure of himself).

She then feels turned off and sees her new guy as being the better option.

If you want to get your ex back, you need to make a move while you still have a chance.

Don’t wait for her to find a new man first.

Why make the ex back process harder for yourself than it needs to be?

Just begin re-sparking her feelings during interactions so she doesn’t get the chance to feel drawn to anyone else.

She only has eyes for you, regrets what happened and wants to try again, rather than risk losing you.