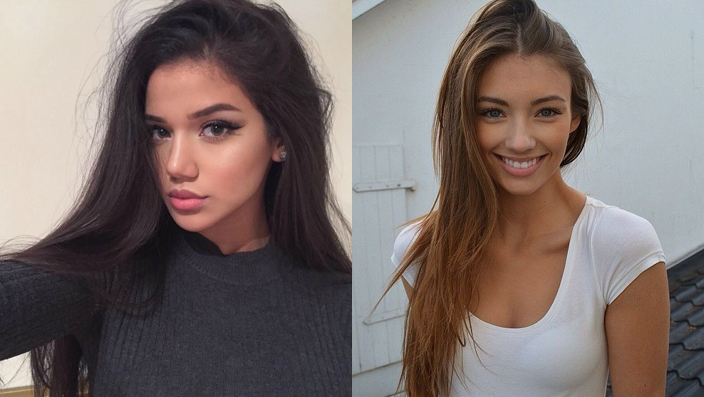 A Subtle Attraction Technique That Works on Hot Women…

If you met an attractive woman right now, how would you react to her compared to how you would react to a woman that you’re not attracted to?

What would be the subtle changes in your behavior as you started to interact with her?

What happens is that for an attractive woman, pretty much every guy that she meets will be extra nice to her, extra attentive, listen carefully to what she’s saying, ask her questions and be interested in her answers, try to show her that he likes her as a person and hope that he can get her to like him as a person in return.

That gets her attention.

What’s happening between the man and the attractive woman is very subtle.

For most guys watching on, they won’t really understand what is happening.

Why is she feeling so attracted to him?

Why does she want something to happen with him?

What’s going on, is that the guy is using a subtle attraction technique that essentially says, “I’m a good guy, but I don’t feel the need to be extra nice to you just because you’re an attractive woman.”

Pretty much every single guy that she meets, does feel the need to be extra nice to her because the guy is hoping to get a chance with her.

He’s feeling attracted to her.

He sees her as a valuable woman and wants to be able to get her, so he is nicer to her than he would be to a unattractive woman.

He listens more, he asks more questions and he shows interest in her.

She gets that all the time.

What stands out and gets her attention is when a guy is confident and is a good guy, but he doesn’t actually need her.

He’s not trying to get anything from her.

So, how does that work?

How can you convey to an attractive woman that you’re a good guy, but you don’t feel the need to be extra nice to her just because she is attractive?

The example is where you’re talking to an attractive woman and she starts telling you about something that happened to her which she thinks is interesting.

You might have asked her a question like, “So where have you been up to lately?” or you might just be in the middle of a conversation and she’s telling you something that has happened to her recently which she thinks is interesting.

Now, in this example, you also find what she is saying to be interesting, but rather than reacting in a typical way like pretty much every other guy that would meet her, you decide to playfully mess with her instead.

So, rather than being like a typical guy and saying, “Oh, well, that’s really interesting. Oh, what else happened? Oh, tell me more,” you playfully mess with her by saying something like this instead.

“Well, that’s not interesting. That sounds kind of boring” and pausing to let her feel a little shocked and surprised. Then smile and say, “No, I’m just kidding, it’s interesting. What happened next?”

Alternatively, you might say something like this, “No…that didn’t happen to you. Come on, be honest, you didn’t do that. You did? Geez, that’s interesting. Go on, tell me more.”

Alternatively, you might say, “Really, that’s what happened? That’s it? That’s your story? Geez, you have a really boring life, don’t you? Just kidding. No, that’s interesting. What happened next?”

Now, there’s nothing wrong with showing an interest in what an attractive woman is saying.

There’s nothing wrong with telling her that she is interesting or laughing at something that she said or asking some questions.

Yet, you also have to have the balls to show her that you don’t feel the need to be extra nice to her just because she’s attractive.

If you can’t show her that because you’re worried she won’t like you, then you’re going to be like pretty much every other guy that she meets.

One of the really cool things about being a man is that even if you’re not a woman’s usual physical type, you can make her feel attracted to you in subtle ways as you talk to her and she can end up feeling intense attraction for you.

She can end up feeling like she wants to get your approval.

She wants to be liked by you.

She wants to be kissed by you.

She can end up falling in love with you as you talk to her.

Then when you kiss her, have sex with her and start a relationship with her, she then looks at you as her type.

This is why you’ll hear many women say, “I wasn’t initially attracted to my boyfriend or husband, but once we started talking there was a spark between us. I feel in love with him and the rest is history.”

What she’s saying there is that he wasn’t her normal physical type and wasn’t the type of guy that she would go for, but she felt attracted to him as he talked to her and then the attraction between them built.

They fell in love and now they are happy in a relationship together.

The same applies with my personal example.

Since I am only 5’9″ in terms of height, I don’t have male model looks and I don’t have big muscles, I’ve never had women walk up to me saying, “Hey, you’re handsome,” and trying to meet me as the result of my looks.

Yet, I didn’t let that defeat me.

Instead, I figured out how to make women feel attracted to me in subtle ways as I talked to them.

By making women feel attracted to me in subtle ways as I talked to them, I was able to enjoy my choice of women for over 10 years.

Then, I met my perfect girl when she was 20 and I was 35, we settled down and we’ve been together ever since.

So, if you’ve been going through your life thinking that it’s not possible for you to be able to get an attractive woman, think again.

You really can make attractive women feel attracted to you in subtle ways as you talk to them.

When you do that, you’ll see that women who would have normally rejected you in the past or not been interested in you are suddenly attracted to you.

It’s not possible to attract and pickup every woman in the world, but what you’ll notice when you start attracting women in subtle ways as you talk to them is that many of the beautiful women you meet will feel attracted to you.

You will be the guy that makes a woman think, “There’s something about this guy. I like him.”

Based on the way that you approach interactions with her, you will easily and subtly make her feel attracted to you.

She will feel a spark of attraction and then you can build on that attraction and get to a phone number, a kiss, sex or a date and get into a relationship with her if you want that as well.

As I said, it’s not possible to attract and pickup every woman in the world, but you really can make beautiful women feel attracted to you in subtle ways when you talk to them.

When you do that, you will begin to enjoy your choice of women because many of the women that you meet will feel attracted to you and will be interested in something happening between you and them.

If you’d like to learn more, I recommend that you read my eBook, The Flow, or listen to the audio book version, The Flow on Audio.

One final point that I want to make for you in this video, is that many guys who first start to learn from me just want to get a girlfriend and that’s okay.

Yet, what often happens is that when a guy learns how to attract women as he talks to them, he notices that many of the attractive women he meets feel attracted to him.

He then sleeps with two or three women in a month and his mindset begins to change.

When he meets an attractive woman, he no longer feels like he needs to be extra nice to her to hopefully get her to like him.

He knows that he can make her feel attracted in subtle ways.

He can talk to another attractive woman, make her feel attracted and get to a kiss, have sex and have a relationship with her if he wants to.

So, what happens is that he naturally starts to talk to women in a way that gives them the impression that he is a good guy, but he doesn’t feel the need to be extra nice to them just because they’re attractive.

As a result, he stands out in the eyes of attractive women.

He’s not hopefully trying to get a chance with her.

He knows that he’s good enough for her and he makes her feel attracted to him as he talks to her.

So, if you find it hard to believe that you could make attractive women want you, then just understand that it’s a process that you go through.

When you use some of my attraction techniques and see that they work, your confidence immediately starts to grow.

You know that you can now attract women at will, rather than hoping to get lucky.

As a result, you naturally start to exude the type of confidence that women are attracted to (i.e. the confidence of a guy who believes in himself and knows that he is good enough for attractive women).

You also naturally stop feeling like you need to be extra nice to a woman, or try harder to impress her if she’s attractive.

You don’t need to do that.

You know that you can relax and make her feel attracted to you in subtle ways as you talk to her.

How to Be a Nice Guy and Still Get the Girl

Attracting and Dating a Woman Who is Out of Your League