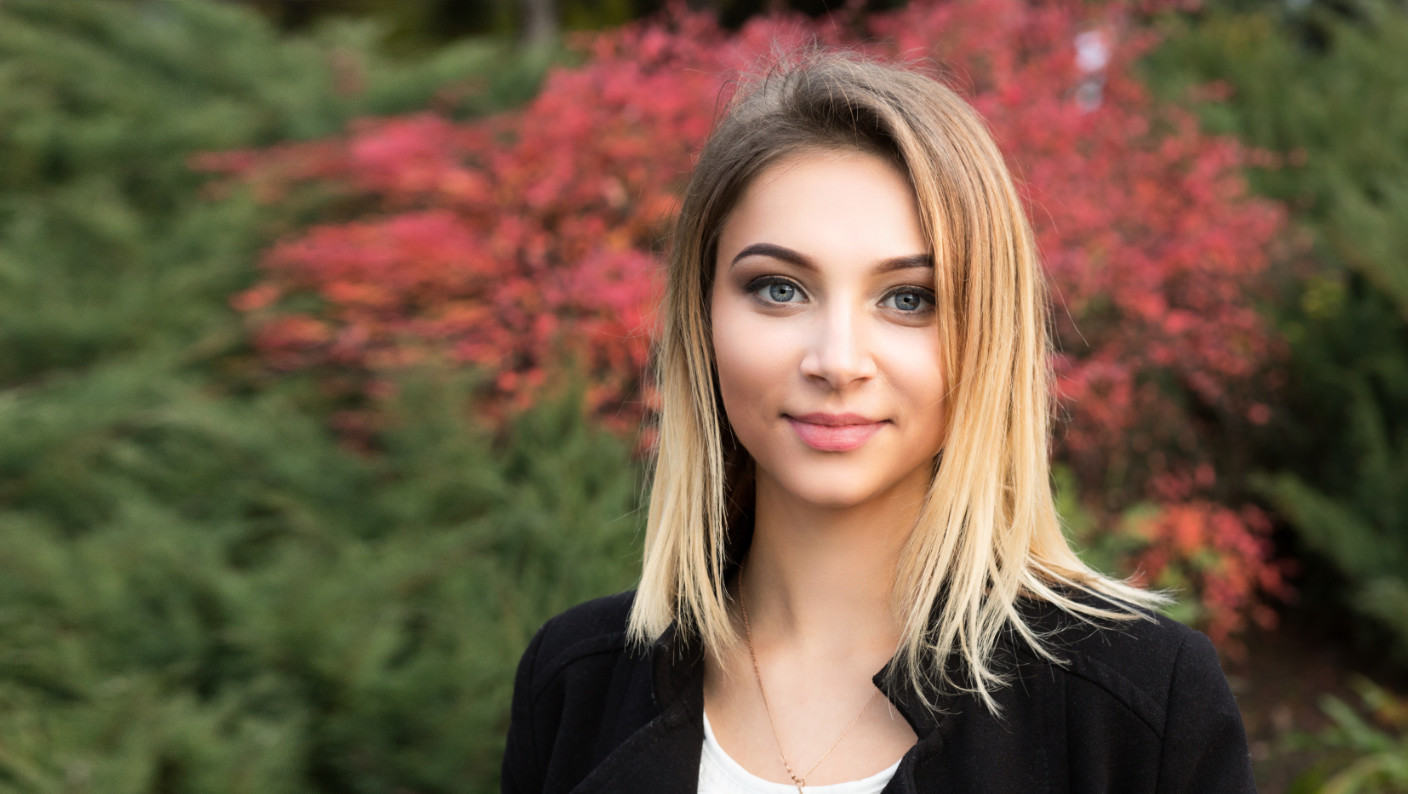 After a Break Up, the Loyal One Stays Single. True or False?

There’s an online quote that says, “After a break up, the loyal one stays single and deals with the damages until healed. The other one is already in a relationship.”

For example: Here are 5 common variations on what can happen after a break up:

1. After a break up, the dumper might remain single for weeks or even months, but still won’t care if the dumpee is waiting around and being loyal

Even if a woman breaks up with a guy (or visa versa) and then doesn’t move on for a long time, it doesn’t mean it’s a sign that she misses her ex and wants him back.

Instead, she may just be enjoying being single again and free of her unhappy relationship.

In a case like that, a woman won’t care what her ex is doing, or if he’s sitting around being loyal to her by not dating other women and moving on. 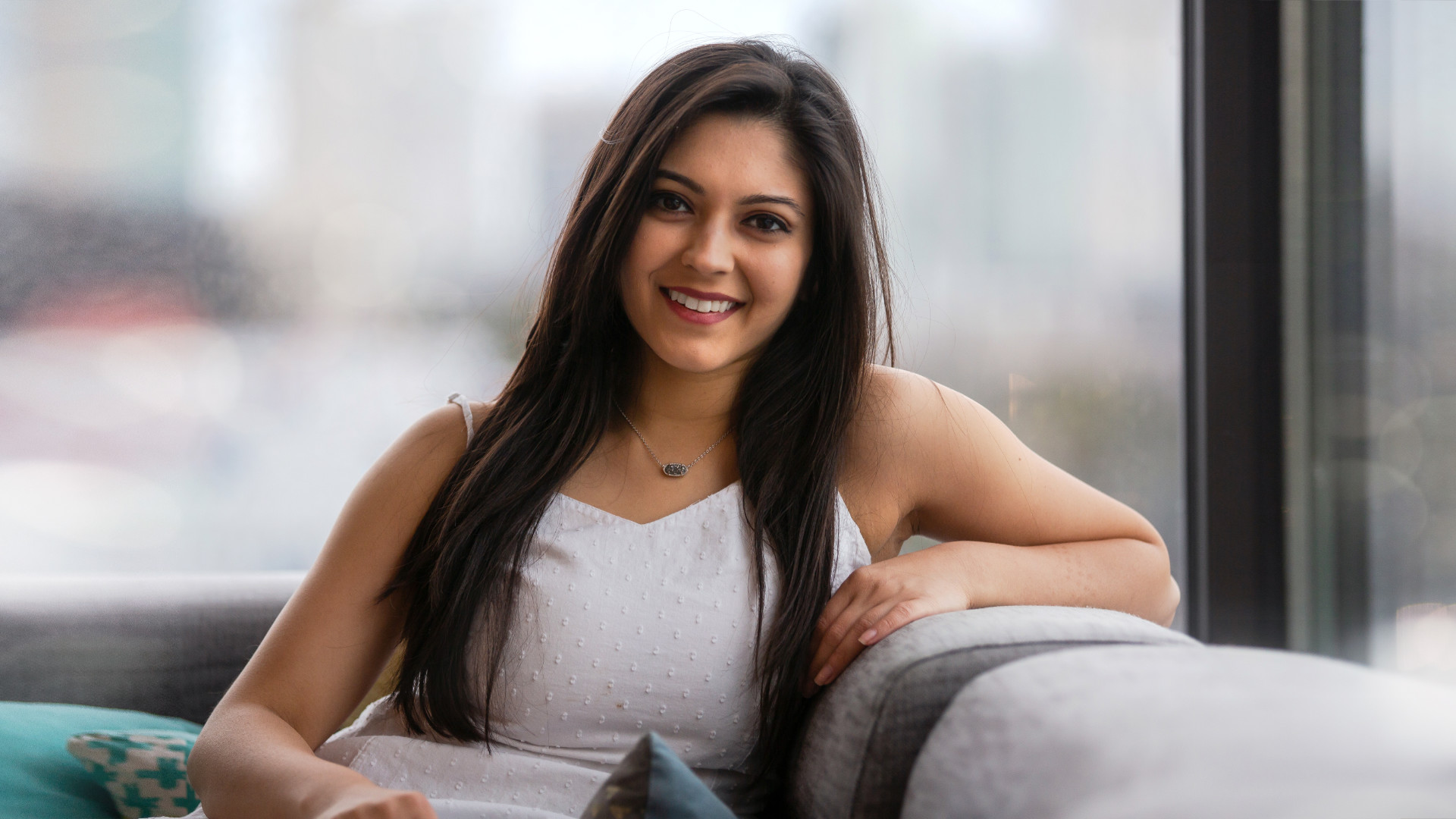 So, if you notice that your ex is still single weeks after your break up, don’t assume that she’s going to be impressed if she finds out that you’re being loyal to her by not getting on with your life.

Remember: She’s could be having fun and enjoying her newfound freedom, while you’re stuck waiting for her to come running back.

If you want her back, the best approach is to regularly interact with her and actively re-spark her feelings for you again.

2. After a break up, sometimes both the man and woman move on right away and don’t look back 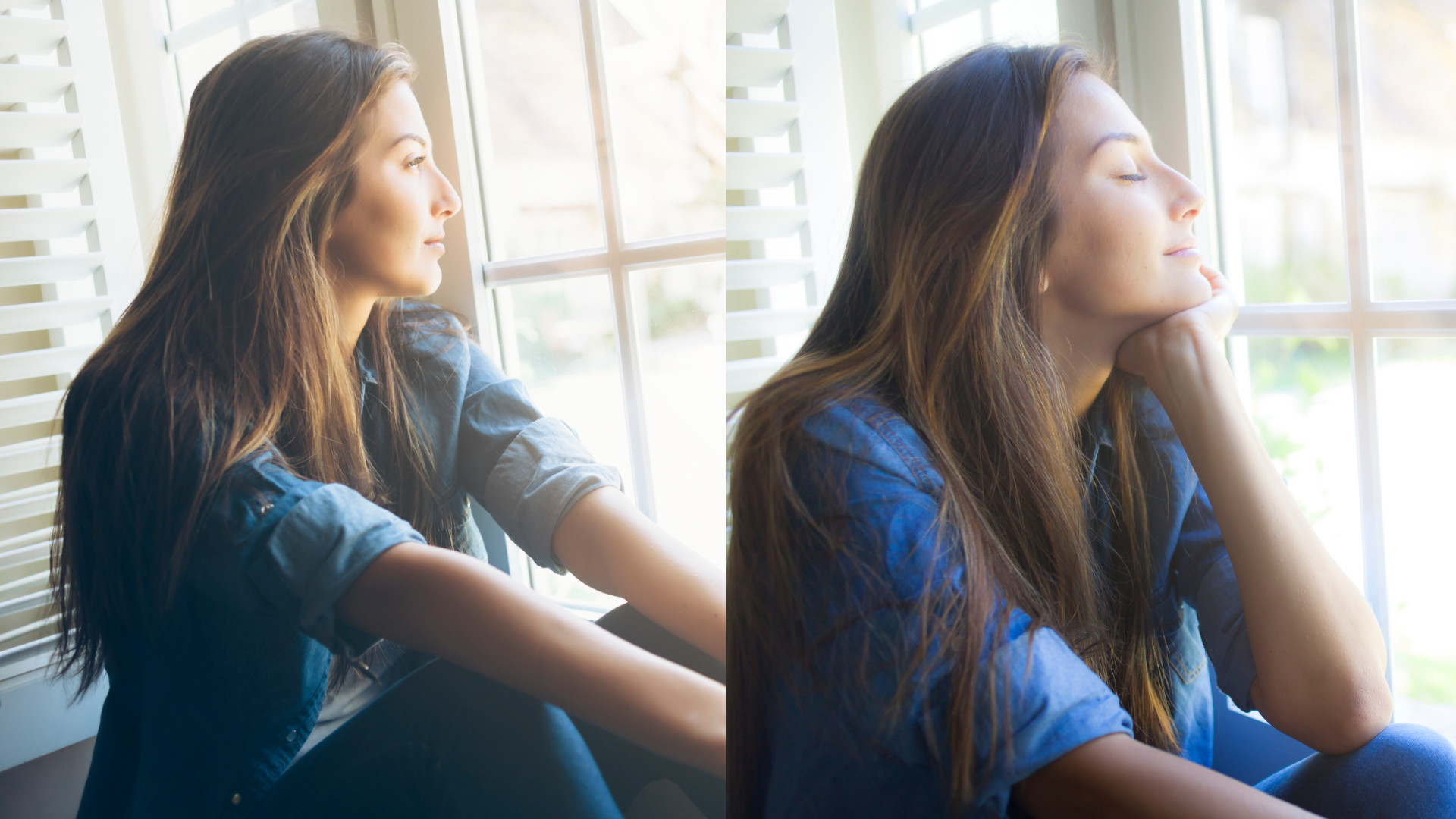 Moving on right away is not about being disloyal to the other person.

Instead, it’s about wanting a relationship in which you are in love and attracted.

It’s also not a reflection of how much you loved your ex or she loved you.

You can be completely in love with someone at the beginning of a relationship, but over time, that love can fade because of the way the other person makes you feel when you’re with them.

A woman might be totally committed to being with a guy, but as the relationship progresses and she notices that he no longer makes her feel respect and attraction for him, her feelings will start to fade (e.g. because he stops being the confident guy she fell in love with and becomes needy and clingy, he takes her for granted, the sexual spark fades away and they feel more like friends).

The same applies to a guy.

He might really love his woman, but eventually, she starts to say and do things that annoy him and turn him off (e.g. she becomes whiny, she nags him all the time, she stops wanting to have sex).

In a case like that, when they break up, they will both move on and find new love with someone else, without needing to remain loyal to prove that they once cared for each other.

3. After a break up, sometimes the dumper remains single, misses the dumpee and is then disappointed to see that the dumpee moved on 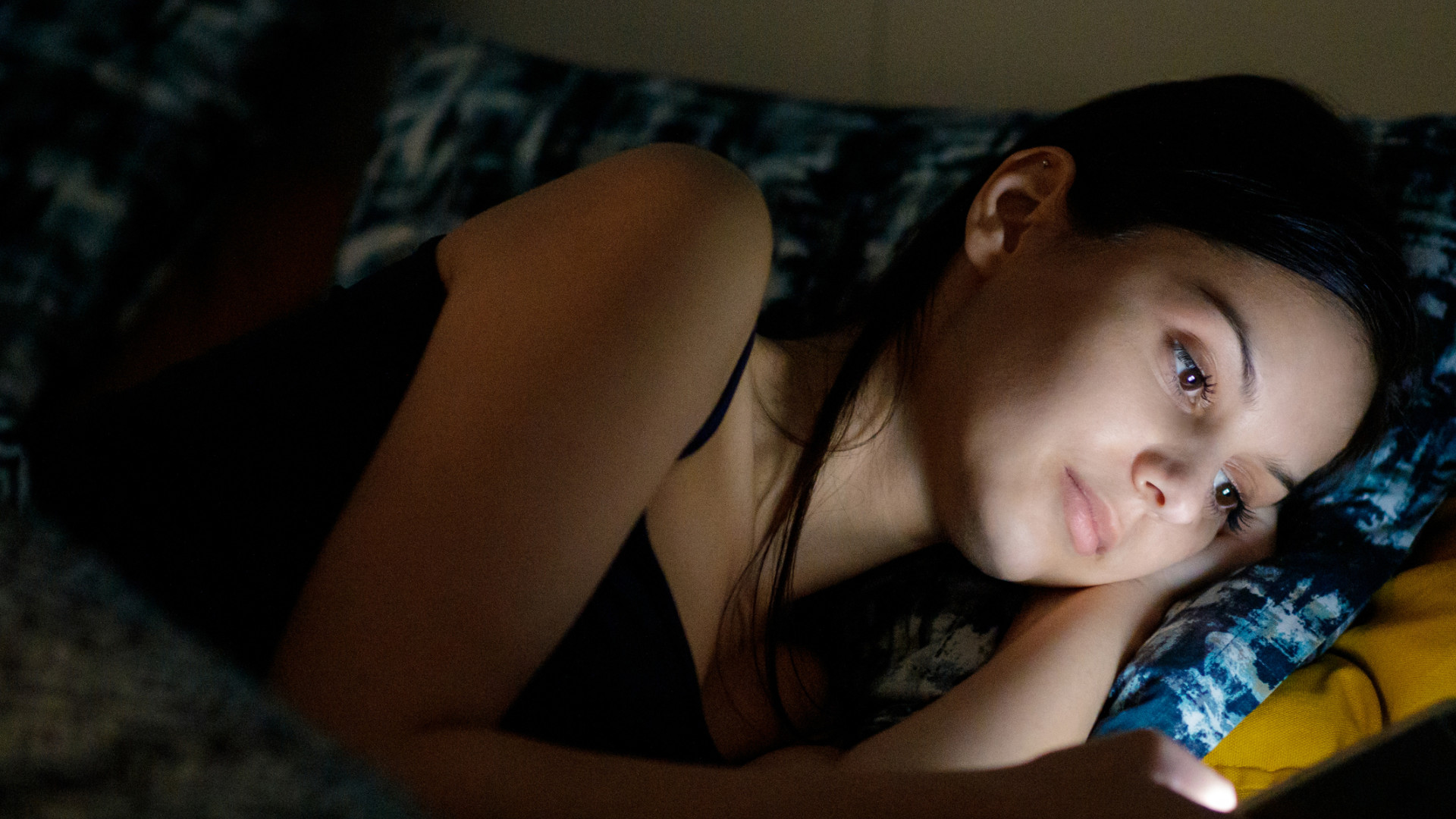 This can happen when the dumper realizes that she (or he) made a mistake and that she still has feelings for her ex.

In some cases, a woman might even break up with a guy to shock him into leveling up and becoming more of the guy she wants him to be (e.g. decisive and determined, less easily influenced by his friends or family, more serious about their future together).

However, secretly she may be hoping that once he changes and improves in some of the ways that are important to her, they will get back together again and have a relationship that is 100% more loving and successful than before.

So, if the guy doesn’t remain loyal and instead moves on, she will feel disappointed and upset.

This is why, if you want your ex back, you don’t have to move on if you don’t want to, because she might be waiting for you to get her back.

Realize that, as the man, it’s your role to be the more courageous one after a break up to get the ex back process started.

So, go ahead and prepare yourself (i.e. by quickly improving on some of the things that turned her off).

Then, call her, reactivate some of her sexual and romantic feelings for you and get her to meet up with you in person, so that you can seduce her and get her back.

4. After a break up, sometimes both the man and woman remain single for weeks or months

This can be a sign that they miss each other and don’t want to let go of the possibility to working things out and getting back together again.

However, it can also be a sign that they’re just enjoying being single and not having to deal with the commitment of a serious relationship anymore.

The good news though, is that if a guy wants his woman back in this time, it’s pretty easy for him to make it happen.

All it takes is the right approach and he can quickly and effortlessly reactivate her sexual and romantic feelings for him and get her back.

For example: Some of the ways he can do that are by…

When she experiences the new version of him, she won’t be able to stop herself from feeling attraction and respect for him again.

They can then get back together again and enjoy a new, improved relationship together.

5. After a break up, the dumper often won’t care about, or even want the dumpee’s loyalty 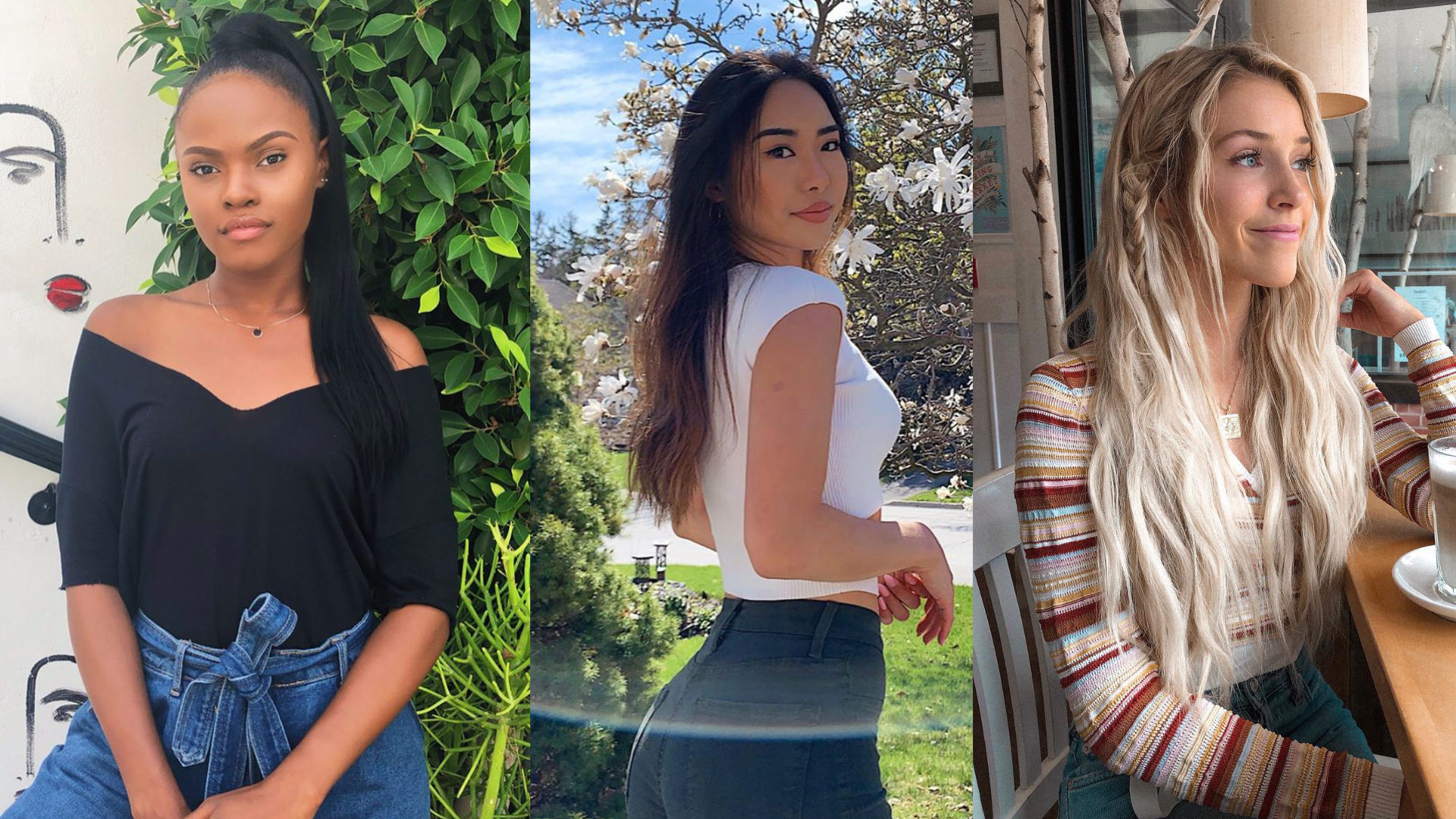 That’s mainly because the dumper no longer has feelings for her (or his) ex.

As a result, whatever he does becomes irrelevant to her, especially if he’s not actively doing anything to reactivate her feelings for him.

She will then focus on moving on as quickly as possible by hooking up with, dating and falling in love with a new man.

That’s why, if you want your ex back, you stand a better chance of making it happen if you stay in her life and use interactions with her to re-spark her feelings for you.

For example: The next time you talk to her, ask yourself:

When you begin to offer her the attraction experience she always wanted from you but didn’t get, she will naturally begin to view your loyalty to her in a more positive light.

She then becomes open to giving you another chance.

3 Mistakes to Avoid if You Want Her Back

1. Assuming that she will be impressed by how loyal you’re being, even though she has moved on

If your ex finds out that you’re staying single while she’s moving on, it’s highly unlikely that she will think, “Wow! He’s being so loyal to me. Maybe I underestimated his devotion to me. Is it possible that I made a mistake by dumping him after all?”

Instead, she may even perceive you in a more negative light and lose even more respect for you for not being able to find a new woman.

The truth is, a lot of guys don’t realize that most women feel attracted to and want a man who is desired by other women. Why?

It makes her feel that he must be valuable and worth having if other women want him, especially attractive, high quality women.

She then feels more open to talking to him over the phone and meeting up with him in person to see what happens (i.e. if he will be able to reactivate her feelings for him so they can get back together again).

So, if you want to get your ex back, you stand a much better chance of making it happen by showing her that you’re moving on and living a happy and fun-filled life without her, than if you stay single to prove to her that you’re the loyal one.

2. Assuming that women know about online quotes like that and live their life by them

Even if a woman does know about the quote and thinks that it’s true, she’s not going to want to get back with a guy that she isn’t attracted to and in love with.

What matters to her the most is how she feels when she thinks about her ex, or interacts with him (e.g. attracted, exited, happy, in love or annoyed, turned off, tense, stressed out).

So, the best approach is to forget about what some quote might say, and focus instead on using interactions with your ex to reactivate her sexual and romantic feelings for you.

You can do that by making her grin, giggle and feel like a cute girl in your presence.

You can tease her playfully so she feels turned on and excited again.

The more you reawaken her dormant feelings for you, the more drawn to you she will feel again

Yet, it won’t matter to her if you’ve stayed single.

The only thing that will matter is how she feels with you now and from now on.

3. Assuming that she will be impressed by how damaged you are as a result of the break up

Although it’s totally fine for you to feel hurt over the break up, letting your ex see it isn’t the best way to reactivate her feelings for you.

Most women are turned off by emotional weakness and hopelessness in a man.

So, if you want her to see you as a real man and feel renewed respect and attraction for you, you need to deal with your emotions like a man.

In other words, feel the emotions, but then get on with the solution to the problem.

Don’t get stuck feeling sad, lonely or lost without her.

Instead, get to a new emotional state of feeling confident, positive and hopeful.

Then interact with her, re-attract her and get her back.

My Ex is Indecisive