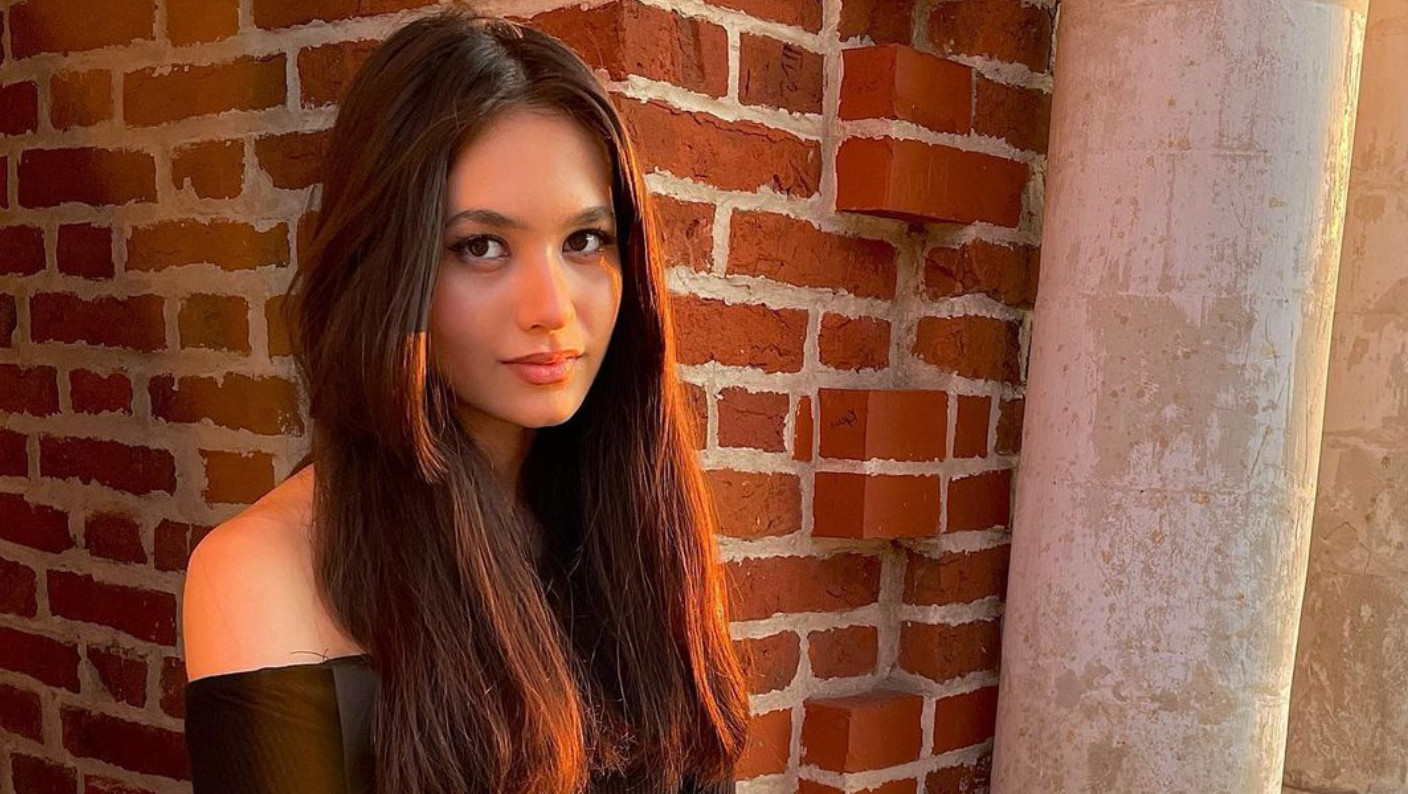 Feeling Ashamed After Being Dumped – 4 Reasons Why

Here are 4 common reasons why a man will feel that way, plus what to do to overcome the shame and get her back:

1. Many of his friends or family members are in happy relationships, but he can’t seem to hold one together

Sometimes, a guy will look at his friends and family members and see how happy they seem in their relationships and he worries that they are all going to negatively judge him, see him as a failure and talk behind his back now.

He might then begin to think things like, “I’m such a failure. Everyone else seems to be making it work with their woman except me. What is wrong with me? Why can’t I keep a relationship going? I bet everyone is laughing at me behind my back and wondering what kind of terrible boyfriend/husband I must be to get dumped.”

He may then start believing that there is in fact something wrong with him and that he should be ashamed for being dumped by his girl.

Getting broken up with is really not something to be ashamed of, because it happens to almost everyone.

In fact, according to one study of 2,000 adults, it was revealed that men will have an average of six relationships in their lifetime, while women will have five.

Another similar study showed that Americans are also more likely to go through a breakup about five times in their life, while people in the rest of the world have an average of two breakups.

Additionally, according to one calculation, 531,925 people around the world break up every day.

So, as you can see, getting dumped is not something unique or reserved only for terrible people.

It happens to everyone, often multiple times in their lifetime.

It may have already happened or will happen to some of your friends and family members.

The questions you need to ask yourself are:

Chances are pretty high that you answered “No,” to those questions.

So, why would they do that to you?

Isn’t it more likely that they will sympathize with you and try to help you get over your ex and move on?

The truth is, there’s nothing to be ashamed of.

The important thing is, what are you going to do now?

Are you going to sit around feeling sad, ashamed and compare yourself to your friends and family, or are you going to focus on getting your ex back if you want to, or find yourself another high quality woman to be with?

If you want to get your ex back, or move on, then you need to stop putting yourself down and take action.

Start by calling your ex on the phone and just focus on making her smile, laugh and feel happy and relaxed to be talking to you again so she opens up to seeing you in person.

Then, meet up with her and make sure that you make her feel sexual and romantic attraction for you.

The more you do that, the more her defenses come down and she opens back up to being your girl again.

2. He regrets some of the ways he behaved during the relationship

Sometimes a guy will behave in unattractive ways in his relationship with his woman, which can erode her feelings of love, respect and attraction for him.

For example: Some of the regrettable ways a guy might turn his woman off are…

Naturally, when a guy behaves in unattractive ways in a relationship with a woman and she dumps him as a result, he might end up feeling ashamed.

He may even think things like, “I can’t believe that guy was me. My behavior was so shameful. I’m so embarrassed!”

Everyone makes mistakes in relationships, not just you.

How you now recover from the mistake you made is what really counts.

In fact, for a lot of guys, getting broken up with by the woman they love, is just what they need to shock them into becoming an even better man than they were before.

A guy like that will look at being dumped is as an opportunity to take an honest look at his strengths and weakness and then focus on making some attractive changes and improvements to himself.

Then, in most cases, not only can he re-attract his ex woman if he wants to (i.e. because she doesn’t want to lose him now that he is the kind of man who takes action in life and uses a challenging situation to improve himself), but he can also easily attract other beautiful, high quality women.

Additionally, because he improves himself, he also gets ahead in other areas of his life as well (e.g. work, relationships with friends and family).

So, rather than feeling ashamed after being dumped, look at what happened and how you behaved or treated your ex, as an opportunity.

You now have the chance to become an even more awesome man than you were before the breakup.

When you look at it that way, you naturally stop feeling ashamed.

You also begin saying and doing the types of things that make you more attractive to women in general and your ex in particular.

You can then easily move on with a new woman if you want, or go ahead and re-attract your ex and get her back.

3. He was so in love with her and talked so highly of her to friends, family or coworkers, but now she’s gone

Quite often, a guy will get into a relationship with what he perceives as being the most beautiful, amazing woman he has ever dated.

As a result, he might find himself talking about her to all of his friends, family and coworkers and possibly even say things like, “She’s the one! I can feel that we’re perfect for each other and that we’re going to be together for life.”

So, when the relationship doesn’t work out, he ends up feeling ashamed because he is now going to have to explain what went wrong to them and may end up having to take some of the blame.

Essentially, he has to admit to everyone that certain aspects of his thinking, behavior and the way he treated her caused his perfect woman to feel unloved, unappreciated and like she wasn’t getting the attraction experience she really wanted, which caused her to dump him.

He then stands the risk of them disapproving of his behavior and approach and possibly asking things like, “I thought you said she was the one. How could you stuff up so badly that she dumped you? What the heck did you do?”

Even a ‘perfect’ relationship sometimes goes through a breakup.

However, that’s not something to be ashamed of.

Instead, you can use the breakup to quickly change your approach to attraction with your ex, so that you can get her back.

There’s just something about the fact that you and her have a history together, you used to feel great together, made mistakes that led to a breakup, leveled up and are now happier, more in love and more connected than ever before.

It’s a really wonderful thing to experience and many couples do it every year.

People break up and get back together all the time.

You can be one of the men who show his friends, family and coworkers that making some mistakes in a relationship doesn’t mean you have to lose your perfect woman and spend the rest of your life thinking “What if?”

Instead, you took quick action to adjust your approach to attraction with her, re-sparked her feelings of respect, attraction and love for you and successfully guided her back into a relationship.

When you see it from that perspective, it becomes clear that there’s nothing to be ashamed about.

In fact, your friends, family and coworkers will likely even be impressed when they see how well you handled the breakup and got your girl back.

So, focus on that.

4. He sees himself as a winner in life, but has failed miserably when it comes to the relationship with her

Sometimes a guy is very successful in most areas of his life (e.g. he’s making progress in his career, he’s popular with his friends, he’s accomplished in his chosen sport or hobby).

As a result, he generally doesn’t expect to fail at anything.

So, when he gets dumped by the woman he loves, he takes it pretty badly, because he’s not used to failing.

He then feels ashamed and possibly even like he’s a loser.

Yet, that’s not really the truth.

No one is perfect.

Everyone makes some mistakes and everyone fails at something sometimes.

That doesn’t make them a bad person or a failure.

It just means there is a specific area in their life that can be improved on.

So, if you got dumped by your woman, don’t label yourself as a failure because of it.

Instead, take action to get her back and enjoy a new and improved relationship with her.

How can you do that?

By staying in contact with her and using every interaction to re-spark her sexual and romantic feelings for you.

The more attracted you can make her feel when you interact with her, the more she will believe that getting back with you is something that she wants to do.

It will be about her following her heart and surrendering to the exciting feelings of sexual and romantic attraction.

Remember: You don’t have to be perfect in every way, in order for a woman (including an ex woman) to love you in a sexual and romantic way.

Instead, you just need to show her that you’re the kind of man who, even when you make mistakes, uses them to become a better man, rather than sit around feeling ashamed and putting yourself down.

So, don’t beat yourself up about what happened.

Just take action and get her back.

6 Conversation Mistakes to Avoid Making With Your Ex Girlfriend