How Can I Get My Wife to Love Me Again?

We all know that relationships don’t always run smoothly and that rocky patches are par for the course.

Yet, when a guy contacts The Modern Man for advice by asking, “How can I get my wife to love me again?” it’s usually gotten to a point where the problems that he’s now having in his marriage have become much more difficult to resolve than any other rough patches he’s found a way through before.

If a husband really wants to get his wife to truly love him again, he must begin by taking a long, hard look at himself and his marriage and from there figure out what has changed to cause his wife’s feelings for him to change.

To begin with, have a watch of this video by Dan Bacon (founder of The Modern Man) and creator of Make Her Love You For Life

Why Has Your Wife Fallen Out of Love With You? 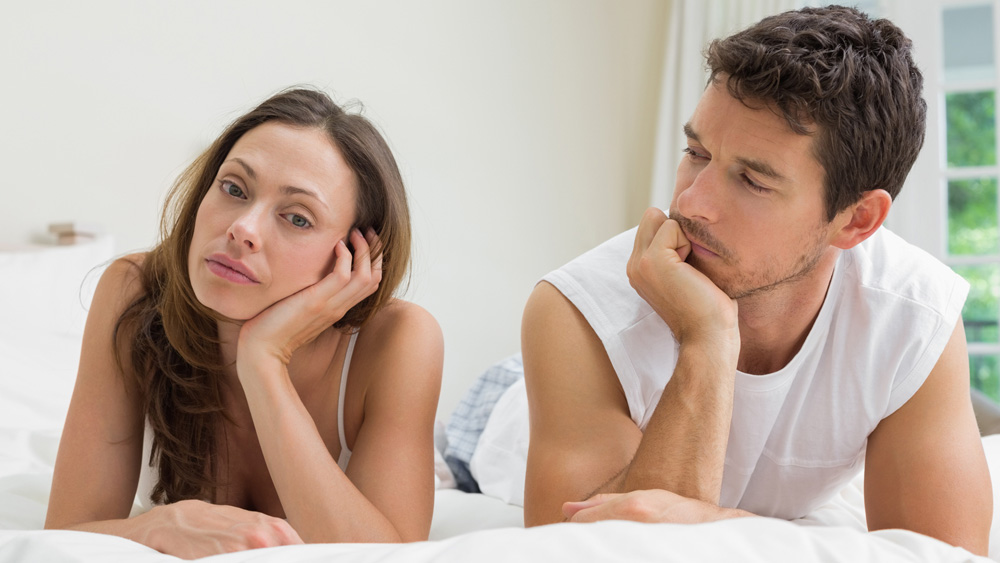 If you are asking, “How can I get my wife to love me again?” finding an answer comes down to figuring out what has happened to cause her to fall out of love with you in the first place.

At the time of getting married, she must have seen all (or at least a lot) of the qualities that she was looking for in a husband in you, so what has changed to cause her feelings to change?

Chances are high that something about your attitude or behavior in the marriage has led to your wife seeing you differently and therefore feeling differently about you.

For example: Is it possible that you’ve lost touch with your masculine charm and have slipped into being a bit of a softie around her?

Maybe you’ve become a bit too emotionally sensitive or you haven’t been able to control your jealousy in the relationship?

Maybe you end up taking her for granted and she lost respect for you?

As you may know, women feel the most amount of attraction for emotionally secure, loving, confident alpha males.

This type of alpha male has qualities that mark him out as a man who has what it takes to be a “provider and protector” in a relationship, as well as a lover.

He’s someone that she can look up to and respect, as well as the man that she can feel girly and sexy around.

You may have been that guy for her early on, but if you weren’t able to build on her feelings of love, respect and attraction for you over time, she would have placed less importance on the fact that your relationship and marriage was so good in the early days.

In the past, a woman had to stick with her husband for life, even if she was no longer happy or no longer in love with him.

It was shameful to get a divorce at back in 1900 for example, the divorce rate was less than 10% for most of the developed world.

Today’s women don’t have to stick with a marriage if they aren’t happy.

Unfortunately, they are surrounded by a culture that is okay with divorce and often even promotes it as a good solution to a problematic relationship.

After a divorce, all an ex-wife needs to do is open up Tinder or put a profile on Match.com or one of the thousands of other online dating sites and she will instantly have 100s, if not 1,000s of men complimenting her and trying to get her out on a date immediately.

To get your wife to love you again, you need to fix the issues and problems that you have been bringing into the marriage, rather than expecting her to accept you without any changes or improvements.

From now on, in any interaction you have with her, you need to focus on making her feel respect and attraction for you as a man.

You need to make sure that whatever you say and do around your wife and in your life from now on is actively triggering her feelings of respect and attraction for you as a man.

When you can do that, she will naturally drop her guard and begin to reconnect with the love that she has for you.

The mistake many husbands make is allowing their marriage to change their attitude to life.

It can be all too easy to slip into “lazy” patterns of behavior such as giving up on personal dreams and ambitions, choosing to hide behind their wife as an excuse for not continuing to push themselves to achieve their full potential in life.

This might lead to taking the “easy option” in the marriage by falling into the trap of thinking that a woman wants to be “in charge” and wants to “wear the pants” when it comes to making decisions on a daily basis.

This is not what a woman wants.

Sure, it’s the way marriages are popularly portrayed on TV and in the movies, but it’s not what real women living in the real world want.

In the real world, women are initially attracted to alpha males and they then remain attracted for life if the guy remains alpha and is able to deepen her feelings of love, respect and attraction over time.

If your attitude or behavior in the marriage leads to your wife seeing you as less alpha, she begins to lose respect for you as a man and feels less sexually attracted to you as a result.

Without feelings of sexual attraction, she then begins to fall out of love with you.

With all of the above in mind, the answer to the question of how to get your wife to fall in love with you again is to show her (via your attitude and actions) that you have what it takes to make her feel the way she wants to feel in your marriage again.

If you’re asking, “How can I get my wife to fall in love with me again?” the only effective answer is to identify the changes you need to make in yourself as a man to become the man she first fell in love with and then make those changes.

This is not necessarily going to be a “quick fix” but it’s the only way to get your wife to not only fall in love with you again, but also stay in love with you. With this said, the following “quick fix” approaches are mistakes that must be avoided:

Many husbands make the mistake of realizing there’s a problem in the marriage and then asking their wife to tell them what that problem is.

They’ll say something along the lines of, “What can I do to fix things; whatever it is you need I can do; just tell me what you want me to do differently and I’ll do it.”

The mistake they’re making is promising her that they can fix things when they clearly have no idea what needs fixing.

She wants her husband to be emotionally committed enough to her and their marriage to be able to work it out for himself. She wants him to confidently take the lead as the man so that she can relax into being a woman.

2. Attempting to “romance” her

All too often a husband will attempt to “romance” his wife into falling in love with him again by behaving in an overly romantic way.

This might mean being especially sweet and attentive around her or doing extra things for her.

Yet, the problem with this sort of approach is that while being “nice” and doing “nice” things is fine if you’re a confident, masculine, sexually attractive alpha male, it will do nothing to make her feel sexual attraction for you if she sees you as a weak, wimpy, lower ranking male.

3. Attempting to “buy” her love

Following on from the above, buying your wife extravagant presents or cute, fluffy tokens of affection, or treating her to expensive candlelit meals, will not change the way she is feeling about you.

She wants her husband to have the inner qualities it takes to make her feel deeply and madly in love.

4. Devoting even more time to her

Another common mistake is to think that spending more time together will bring you more “together” as a couple.

However, if your wife has fallen out of love with you because you have become insecure and needy in the marriage, behaving this way will only make things worse.

The same applies if she has fallen out of love with you because you have given up on your dreams and ambitions and settled for an “easy life.”

The man she fell in love with had personal drive and ambition; he had purpose. Your lack of purpose makes you a less attractive man.

Bringing the Love Back

All of the above “quick fix” approaches fail to address the fact that all relationships, marriages included, go through natural stages.

A wife doesn’t need her husband to regain the excitement of the “honeymoon” stage by whisking her off on a romantic holiday or attempting to paint over the real cracks in their relationship in any other way.

Instead, she wants him to be the man she fell in love with and she wants her love and respect for him to continue growing as he continues to be a man that she can rely on to be her “provider and protector” at each new stage of the marriage.