The truth is, you can never trust a woman to be 100% faithful and honest for life, but when you’re in a relationship you have to give her your full trust if you want it last.

Without trust, a relationship cannot grow and develop through the necessary stages to reach what I call, Blissful Love.

So, if you have been finding yourself saying, “My girlfriend is texting her ex boyfriend” and are worrying that she will leave you for him, then you need to calm down and trust in her attraction for you.

Of course, what she is doing isn’t the nicest thing, but you have to maintain your cool, otherwise you might make her feel more attracted to him than to you.

So, although it’s not your fault that she is texting her ex and making you question your trust in her, you have to maintain your cool.

Then, you need to work out if you have been turning her off and start making changes to your behavior and communication style, so she feels more attracted to you than to him.

Why is Your Girlfriend Texting Her Ex Boyfriend? 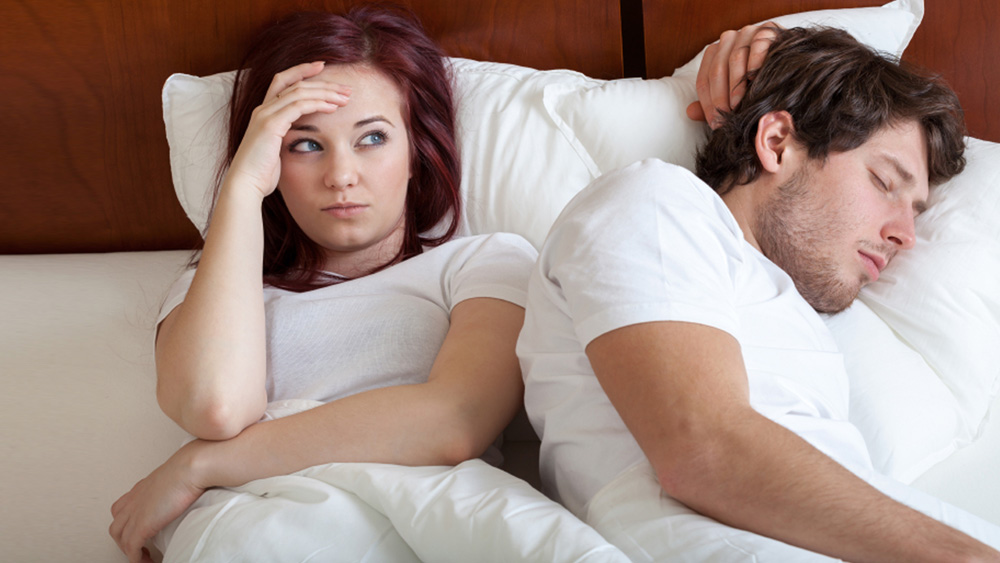 Before you jump to any conclusions about your girlfriend, you need to get clear on a few things first.

How you answer those questions will determine what you need to do.

Essentially, if she is just texting him to politely say hello back, then you need to control your jealousy and maintain belief in your attractiveness to her.

When she sees that you’re not threatened by a casual text exchange with her ex, she will actually feel a lot more respect and attraction for you, which a good thing.

However, if she is flirting with him via text and still misses him, then you have a problem to deal with because she is likely considering breaking up with you.

If you think she might be considering breaking up with you, make sure to watch the video above.

Sometimes, a woman will get into a rebound relationship with a guy who is the complete opposite of her ex boyfriend, to make herself feel better (e.g. He was mean to her, but you are nice. He was insecure, but you are confident).

Yet, rebound relationships don’t always last, especially if you are unable to offer her a full attraction experience (e.g. you’re a good guy, but she just doesn’t feel much of a spark with you).

So, if you are the “rebound guy” and she is still texting her ex, then your girlfriend probably has unresolved feelings for him.

She may still love him and want to be with him, so unless you can make her feel more attraction, respect and love than he does, she will naturally gravitate back to him.

Often a woman will break up with a guy not because he’s a terrible boyfriend that she would never get back with, but simply because he was displaying certain attitudes and behaviors that were putting her off.

This is also why many women will go straight into a new relationship after a break up – they are looking for a guy who will fill the gaps that were there in their past relationship.

For example: If a woman breaks up with her boyfriend because he was de-motivated and lacked goals and ambitions in his life, she is then more likely to date a guy who is ambitious and who is rising through the levels of life like a man should.

If you’re going to make your girlfriend forget her ex and fall deeply in love with you, you have to ask yourself what gaps are you filling for her that her ex boyfriend wasn’t doing.

Yet, you also have to ask yourself, what gaps does her ex boyfriend fill that you’re not filling?

Have you been actively making your girlfriend feel attracted to you, or have you been turning her off?

You Can Make Her Forget Her Ex Boyfriend

If you want your girlfriend to stop texting her ex boyfriend and fall deeply in love with you, you are going to have to make some changes.

Of course, some guys will ask, “She’s the one texting her ex boyfriend and breaking my trust, why should I be the one who changes?”

What you need to understand is that a woman will often date a guy who is not her ideal man, but who simply fills the gaps she felt were open in her previous relationship.

If your girlfriend is still texting her ex, quite clearly she’s not finding everything she’s looking for in a man with you.

So, if you want her to forget her ex and have a happy and lasting relationship with you, then you need to start giving her what she really wants when with a man.

To do that, you need to start becoming a stronger more well-rounded and complete version of who you are right now. This will not only make your girlfriend forget her ex and feel more respect, love and attraction for you as a man, it will also improve other areas of your life too.

For example: If you’re a really nice guy who always lets other people have their way in an attempt to be liked, by building your confidence you will not only be more attractive to your girlfriend, you will also be treated with more respect in social situations, in your work and career and with your family.

3 Ways to Begin Changing the Way She Feels

1. Identify the gaps in your relationship with your girlfriend

For example: Are you needy, clingy and insecure? Do you lack drive and ambition? Do you let her wear the pants in the relationship?

If so, you must begin doing the opposite so that she can feel the type of respect and attraction for you that is required to keep a relationship together.

2. Put in some effort to fix your issues and improve yourself

Whatever your issues are (e.g. you’re unable to control your jealousy, you are clingy, you lack purpose in life and are placing way too much importance on your girlfriend, etc), you need to sort that stuff out asap.

You can’t say to your girlfriend, “I promise that I will change” or “Tell me what you want to do and I will do it” to get her to change the way she feels about you.

Why? Most women don’t want to be a guy’s teacher on how to be a man. A woman wants you to sort that stuff out yourself and be the type of man that she needs you to be.

If you’re not willing to put in any effort to fix your issues and improve yourself, her ex-boyfriend is going to look like an increasingly attractive option to her.

3. Show her that you’re a better man than her ex boyfriend

When she can see that you are fast becoming the type of man that she always wanted you to be, she will begin to lose interest in texting her ex.

However, if you can’t make her feel that way and instead begin to turn her off by being overly jealous or insecure, she will becoming increasingly interested in the attraction that she feels for her ex.

All her ex has to do is be more confident than you to be more attractive than you.

So, don’t fall into the trap of becoming insecure about the texts. Instead, just remain calm and find out what the reason for the texts is.

If she is texting to be polite, then it’s fine, but if she’s flirting with him via text, you should tell her to stop and let her know that if she doesn’t, you are going to dump her.

If she doesn’t stop, dump her. 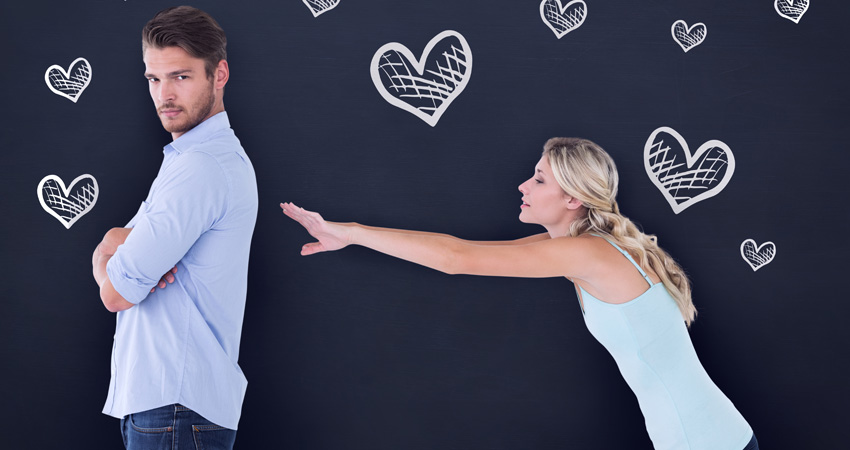 If you’ve been focussing on becoming a more attractive man, then she is going to regret losing you and she will try to get you back.

You Deserve to Be Happy

Right now you’re in a relationship that is making you feel insecure, unhappy and even stressed.

No matter what is going on with your girlfriend and her ex boyfriend, you deserve to be treated with respect and consideration.

This is why you have to ask yourself honestly, “Is she worth it?” and “Is she really the girl for me?”

If you had a few, really beautiful women fighting over you right now, would you still want to be with your girlfriend?

It doesn’t matter if you answer yes or no.

If you are willing to accept a woman who isn’t 100% devoted to you, what does that say about you?

If you are the type of boyfriend who has been deepening her love, respect and attraction over time in the relationship, then she needs to show you more respect and devotion.

If you put up with her lack of respect for you, it’s usually just going to make her feel less respect, attraction and love you for you.

So, right now, you have to decide what you’re going to do about her.

You can get your girlfriend to fall deeply in love with you and forget her ex-boyfriend, or you can attract another beautiful woman to replace her.

How Can I Get My Wife to Love Me Again?