Is it Okay to Let Your Girlfriend Have Guy Friends?

Over the years, we’ve received thousands of questions from guys about women and dating. A common question we get asked is: Is it okay to let your girlfriend have guy friends?

The answer it: It depends.

If your girlfriend is a woman of good character who is loyal and trustworthy, then okay. Having friends, both female and male, outside the relationship is quite normal and common for many couples.

However, if she has given you reason to doubt her loyalty, if in the past she has cheated on you or if she goes out often without you with these guy friends, there could be an underlying problem in your relationship.

Generally speaking, if a woman loves you, adores you and respects you as her man, she will prefer to spend most of her time with you than with other men; even if they’re “just friends.” 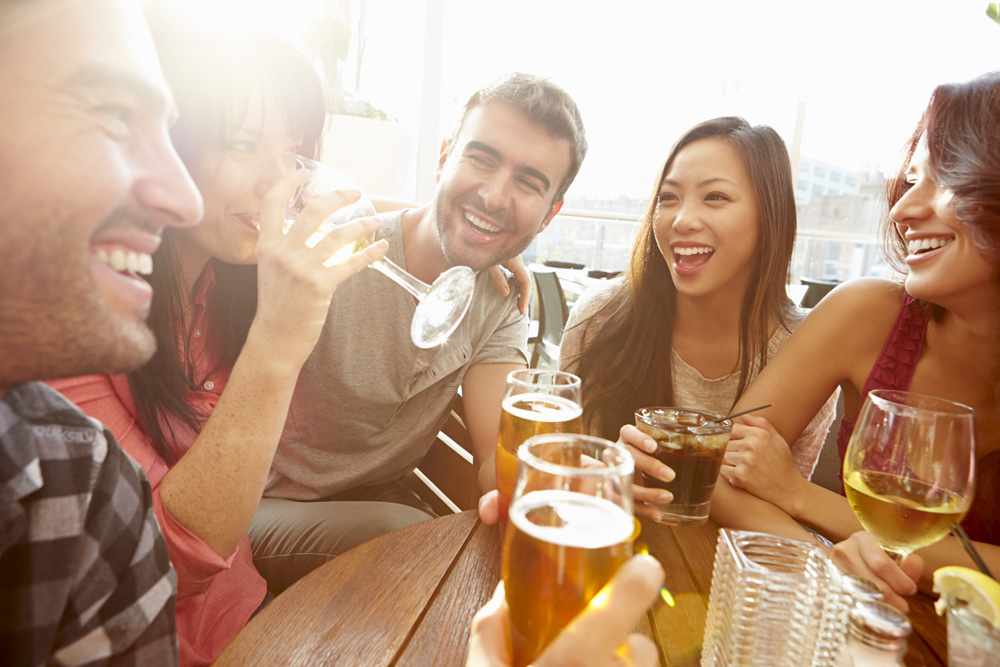 Of course that’s the simple answer. However, to best answer whether it is okay to let your girlfriend have guy friends, it’s important to look at where the question is coming from. Basically, when a guy is concerned about his girlfriend having guy friends, it usually boils down to 2 main reasons:

Finding Out What’s Really Going On in Your Relationship

If your girlfriend having male friends is bothering you enough to ask, “Is it okay to let your girlfriend have guy friends,” then you probably have cause for concern. Not because this means she’s going to cheat on you with them, but because you’re feeling insecure about it.

Essentially, being jealous and insecure in a relationship leads to negative behaviors, such as being needy and clingy, which can lead to problems in the relationship. The truth is, women don’t want to be stuck in a relationship with a clingy or needy guy. Why? Because this type of behavior can signal deeper underlying causes such as:

1. Making his girlfriend his purpose in life.

When a guy lacks purpose in life, he will often make the mistake of making his girlfriend his “be-all-and-end-all” so to speak. He will use the relationship to hide from the world instead of rising through the levels of life to reach his true potential as a man.

A common example of this is a guy who says, “My girlfriend is my entire life. I do everything just for her,” and who not only stops making goals for himself, but even stops hanging out with his friends or doing anything without her.

Yes, a woman wants to be with a man who loves and adores her, but she also wants to know that he has a plan for his life and his future (and hopefully her future with him).

If a guy uses his relationship to hide behind so that he doesn’t have to face up to life, she will feel turned off and will instinctively look to other guys (even in the form of guy friends) to experience what it feels like to be with a real man.

2. A lack of confidence about his value to her.

Guys who spend all their time worrying about every guy who talks to, or even looks at, their girlfriend because they’re afraid they will steal her away, only do so because they don’t believe they are as valuable to her as she is to them.

These guys usually feel “lucky” to have snagged her because in reality they’re not very confident in themselves and their ability to attract another woman if she dumps them.

Remember: Women are attracted to the strength in men and are turned off by weakness. So, if you are the type of guy who sees any other man (even her guy friends) as your competition, then it will actually turn her off you and will even push her towards perceiving these other guys as being more attractive to her than they really are.

She will begin to wonder if you’re really the alpha male she thought you were and she will begin looking at other guys as being better than you.

As I mentioned earlier, unless there’s a very good reason why a guy doesn’t trust his girlfriend around other guys (because she cheated on him), constantly being distrustful of her only highlights his lack of confidence in himself as a man who can give his woman what she needs to stay faithful to him.

You can never really trust a woman 100%. However, to have a healthy and successful relationship with a woman, you HAVE to give her that trust.

That doesn’t mean you are guaranteed that she won’t betray that trust and that you won’t end up feeling hurt and disappointed, but if you don’t give her your trust fully, you’ll end up falling into the trap of behaving like a weak, clingy insecure guy who lacks confidence.

All of which will end up destroying her attraction, love and respect for you as a man. And in the end – she WILL break your trust and dump you for the kind of man who doesn’t feel threatened by other guys because he knows he’s good enough for her.

Sometimes when a guy asks, “Is it okay to let your girlfriend have guy friends,” it’s because this is just one more thing in the relationship that is bothering him. If you’re concerned about your girlfriend’s guy friends, could it be that you noticed other signs that indicate she might want to break up with you?

Do any of these signs ring warning bells?

Answering yes to all or some of these questions could mean that your girlfriend is no longer feeling the way she wants to feel when she’s with you, so she is looking to other men (even guy friends) to make her feel good about herself.

Ultimately, it only matters if it is okay to let your girlfriend have guy friends if you don’t feel confident enough in yourself to maintain her attraction for you as her man.

If you feel that you could use some help overcoming your insecurities and building an even stronger and more loving and emotionally and sexually fulfilling relationship, we can help you. Our programs have already changed the lives of 1,000s of men from around the world and we are confident that they can help you too.

My Girlfriend is Trying to Make Me Jealous

My Girlfriend Said I Don’t Understand Her