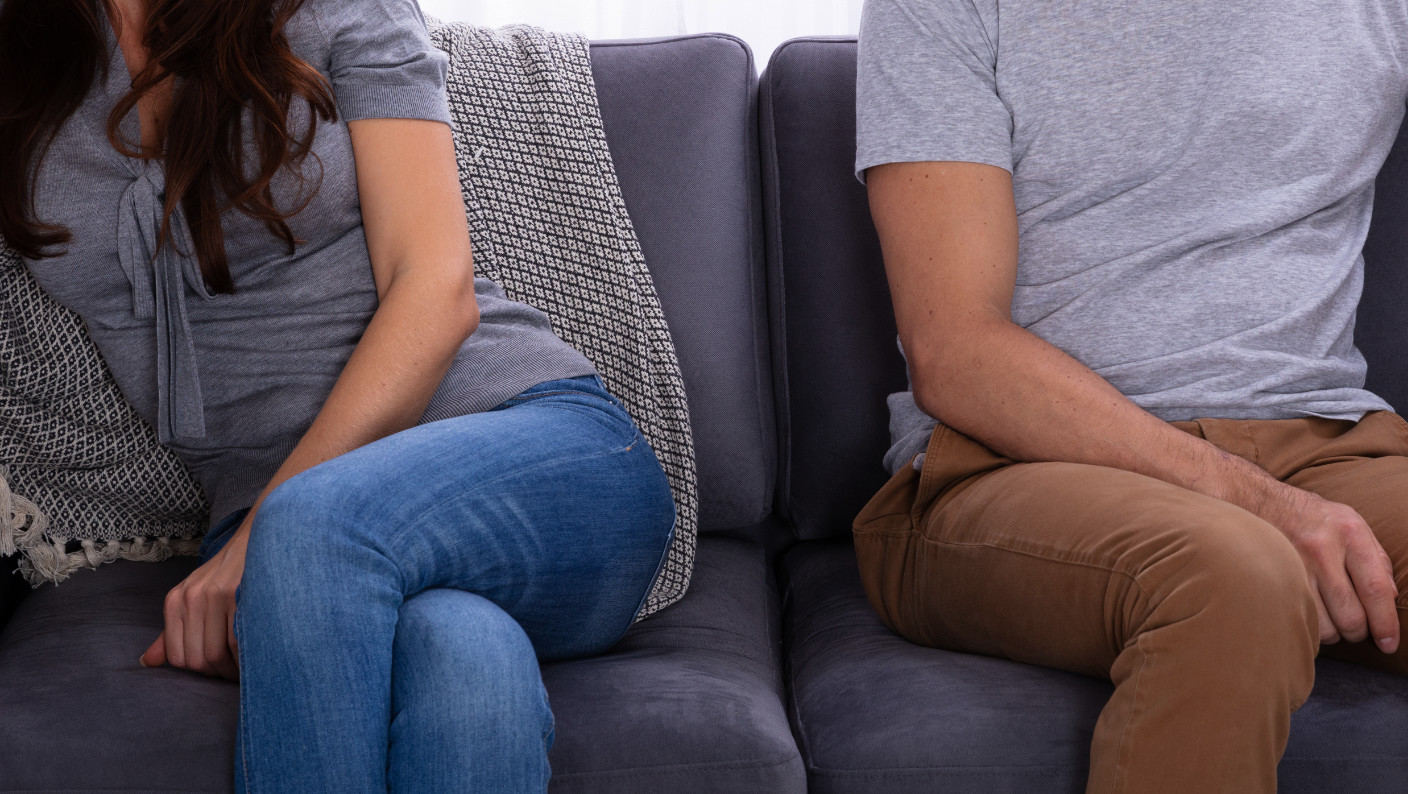 How to Get an Ex Back That You Still Live With

If you still live with your ex, you have the perfect opportunity to get her back by interacting with her often and re-attracting her.

Re-attracting an ex is the key to getting her back because it makes her feel drawn to you in a sexual and romantic way again.

By using that approach, rather than just being friendly or staying out of her way, you can literally turn things around in days, or at the latest 1-2 weeks and have her wanting to be back with you.

So, here are 3 things you can do to re-attract her and get her to change her mind about the break up:

Essentially, everything that you say or do around your ex is setting positive or negative chain reaction effects in the relationship.

Here’s an example of a negative chain reaction effect:

When you focus on setting off positive chain reaction effects, it’s almost a certainty that you will get back together.

She will realize that breaking up is just going to be pointless because she’s going to miss you and probably won’t be able to find a man who is able to make her feel the way you now do.

Another tip on how to get your ex back when you still live together, is to…

2. Flirt with her to build up sexual tension

Sexual tension happens when the desire for sex is there, but it’s not happening due to an obstacle of some kind.

With you and her, the obstacle is that you’re currently not back together yet.

So, when she is feeling sexually attracted to you, but can’t just walk over and kiss you and start having sex with you, sexual tension will build up inside of her so much that she will feel compelled to just give in to her desires and have sex with you again.

One of the many ways to build up sexual tension is via flirting.

Flirting is essentially where you behave as though you’re attracted to her, but only in a playful way, rather than being too serious about it all.

Flirt (verb): To behave as though you’re attracted to or trying to attract someone, but for amusement, rather than with serious intentions.

So, how can you flirt with an ex that you still live with?

Imagine that you and her are in the kitchen at the same time to make a cup of coffee.

In this case, it’s the morning.

Rather than just being quiet and staying out of her way, talk to her as though you are totally welcome and ‘allowed’ to flirt with her.

You can say one of the following (or your own variation), in a playful, easygoing tone of voice:

You’ve got to feel welcome to talk to her like that.

So many men make the mistake of thinking that they’re allowed to flirt with their ex, or it’s ‘inappropriate’ or it’s not their place or role anymore to do that.

Don’t be so serious!

Additionally, don’t be so worried about how she might react.

If you want her to feel attracted to you and for sexual tension to build up between you and her, then you have to have the balls to flirt with her.

If she senses that you’re afraid to flirt with her, then she will lose even more respect and attraction for you based on you being intimidated by her.

On the other hand, if she senses that even if she gives you a bad reaction (e.g. rolls her eyes, says that you and her aren’t getting back together, says you’re not funny, says she doesn’t like it), you are able remain confident and continue to feel free to flirt with her in a playful, non serious way, then she will feel a renewed sense of respect and attraction for you, even if she doesn’t admit it.

She will realize that you really are being the man and nothing she says or does, will knock you off balance.

Of course, each situation is different and sometimes a woman will admit what she is feeling, or say that she likes the change in her man.

For example: Sometimes a guy will start flirting with his ex girlfriend at home and they’ll immediately begin feeling a spark again, smiling and laughing a lot more around each other.

She will feel like getting back with him and will openly admit that she likes the changes in him, or may even say something like, “Why weren’t you like this before?”

Yet, in other cases, a man will be flirting with his wife of 20 years and she will be as cold as ice for the first few times he does it.

Eventually though, she will crack a smile and then open up to laughing and flirting back with him.

Before she knows it, she will be actively flirting with him and the spark will be back between them.

She will begin looking forward to her interactions with him and even planning how she’s going to flirt with him in advance (i.e. what she will say and do).

So, make sure that you are ready for whatever reaction she might give you initially and just know in advance, that it’s not wrong to flirt with an ex that you live with.

Remember what flirting actually is: It’s a playful display of interest for amusement/fun.

It’s not a serious thing.

Flirting is extremely powerful because the confidence, charisma, charm, humor, social intelligence and masculinity you display while flirting, automatically makes a woman feel attracted and drawn to you.

When she feels attracted to you, but you and her aren’t having sex yet because you’re still broken up, then sexual tension will build up inside of her.

She will start feeling drawn to the idea of hugging you, kissing you and having sex with you.

Before you know it, you and her will be hugging each other with love, kissing and having sex to reconcile the relationship.

3. Let her see that you aren’t chasing a relationship, but still find her attractive

When she feels attracted to you, but notices that you’re not chasing a relationship, hinting at it or trying to pressure her into it, there will be a space open there for her to be the one wanting it to happen.

Not many women will ever admit that because they don’t want a man to take it the wrong way (i.e. say to her, “I don’t really care about you. I could take you or leave you”).

She obviously doesn’t want to hear that because it’s disrespectful, unloving and doesn’t make her feel safe about a future with him.

Yet, what she does want to feel is an intense desire to be with you, impress you and maintain your interest, so she gets to keep you.

Unfortunately, a lot of men take that away from women by taking on the role of the one who is trying hard to impress her and maintain her interest, so he gets to keep her.

As a result, later on in a relationship, the woman will usually start to feel bored, take the man for granted and think about cheating or leaving because there’s no challenge for her.

There’s no desire to want to impress him because he will stick with her no matter what she does, how little effort she puts into looking for him or how much she disrespects him.

So, it’s important to know that about women.

It’s not something they will tell you, or that you need to discuss with her, but you should know it as a man.

In the case getting your ex back that you still live with, you need to start making her want the relationship more than you do.

Don’t say that you don’t care about a relationship, or don’t want it.

Instead, just avoid talking about the relationship and focus on making her feel attracted to you in new and exciting ways.

Build up sexual tension to the point where she can’t stop herself from wanting to hug, kiss and have sex with you.

Then, don’t push for, hint at or even ask about having a relationship, or getting back together.

Let her be the one thinking or asking you, “So, does this mean we are back together?”

Also, be prepared for her to say something like, “This doesn’t mean we are definitely getting back together” to maintain her position as the dumper (i.e. the one who broke up the relationship and is in the position of power as a result).

If she says something like that, you can say, “I know. We’re never getting back together and that’s fine” in a relaxed, easygoing tone of voice.

Let her see that her pretend lack of interest in the relationship hasn’t rattled you, or knocked you off balance.

Instead, it has left her feeling a little rejected because she is secretly feeling attracted to you again.

She then instantly realizes that she doesn’t want the relationship to be over, but probably won’t admit that to you right away.

So, from then on, just continue to flirt with her, remain confident and not push for a relationship, hint at it or even ask about it.

Just let her desire for a relationship build up to the point where she stops talking about her plans to move out, or asking you about your progress on moving out.

Instead, she becomes more open to being around you, flirting, discussing the future and acting like a normal couple once again.

Eventually, she will bring up a question like, “So, do you want to get back together or not?” and you can playfully say, “Absolutely not!” to make her feel attracted to your confidence and humor in that moment.

You can then smile, have a little laugh and say, “Well, I do love you, but if you want to remain broken up, then that’s how it is” and she will then start to feel compelled to stop the games and just get back with you.

She will realize that if she doesn’t get back with you and either of you move out, she’s going to regret it and want you back.

Additionally, if either of you move out and you end up dating and falling in love with a new woman, then she is going to feel like the one who has been dumped and left behind.

As a result, she will want to get the relationship back together while she still can.