How to Pick Up Women on Valentine’s Day

In this post, I’m going to give you some examples of what you can say to women on Valentine’s Day to start a conversation and get them attracted to you.

When you start conversations with women on Valentine’s Day, you have to remember that women want love too. 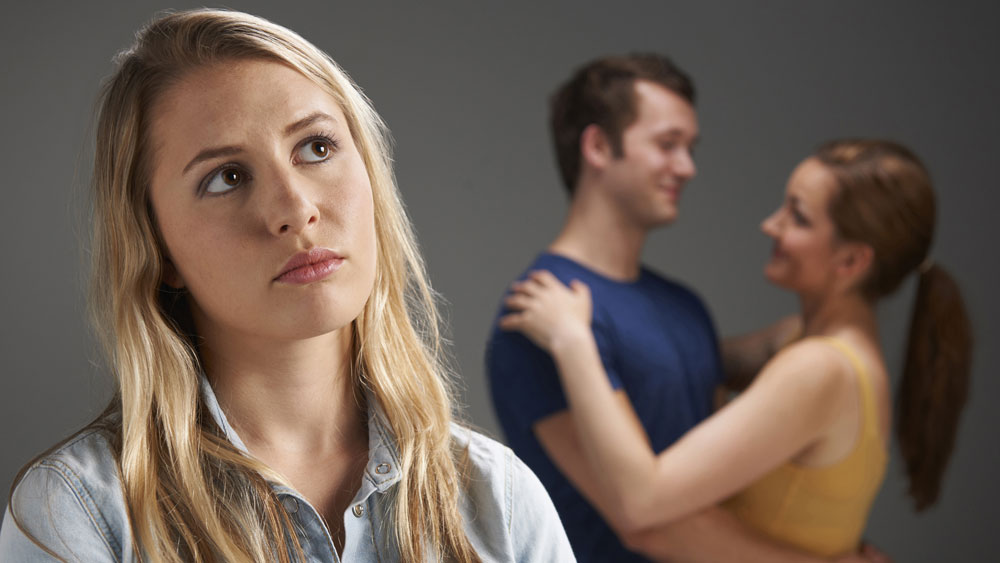 If a woman is single and all of her girlfriends have a boyfriend or husband and she’s on her own, she is going to be happy if a guy can walk up to her, start a conversation and make her smile and feel appreciated on Valentine’s Day.

She will appreciate it that a guy has helped her to not feel so lonely on the day of love and make her feel as though the world isn’t such a bad place after all.

Of course, don’t expect women to make it obvious that they want you to talk to them. Women don’t go around acting like they want to be approached on Valentine’s Day.

Most women walk through the world as though they’re not even interested in guys, but all you need to do to change that is start a conversation and make her smile.

So, here are some examples of how to do that… 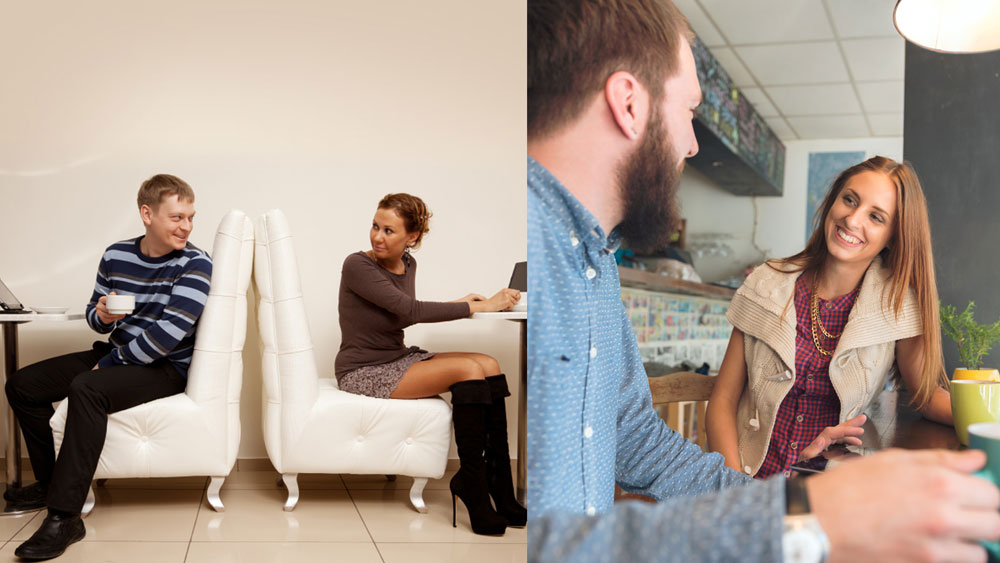 The first example of talking a woman on Valentine’s Day is in a cafe / coffee shop.

All you need to say is, “Hey, how’s your Valentine’s Day going? Has anyone asked you to be their Valentines yet?”

As long as you say that with a smile and an easy-going attitude, most women will smile and open up to you.

You can add on a flattering compliment like that about her having lots of guys wanting to be her Valentines. It’s most-likely going to make her smile and feel special.

If she is single, she’s going to love it.

If she doesn’t have a boyfriend or Valentines, she’s going to be open to you and you can then use your confidence and charisma to make her feel more attracted to you.

You can then get her phone number, add her to Facebook or social media, or continue talking to her and lead the interaction towards kissing and sex that day or night.

2. Two girls sitting on their own in a bar

The next example of approaching and picking up women on Valentine’s Day is in a bar, with two girls sitting on their own.

What you can say is, “Hey guys – which one of you bought me flowers for Valentine’s Day?”

Once again, as long as you say that in a confident, easy-going way, most women are going to smile and open up. They will see the question as being funny, interesting and charming and will just go along with it and start talking to you.

So, it’s just a matter of walking up and saying, “Hey – so which of you bought me flowers for Valentine’s Day?” and standing there, smiling and letting them feel your confidence and presence.

If you do that, you have made them feel some initial attraction to your confidence, sense of humor and presence. From there, you just need to build on that attraction and move the interaction forward.

3. A woman on her own in a bar environment 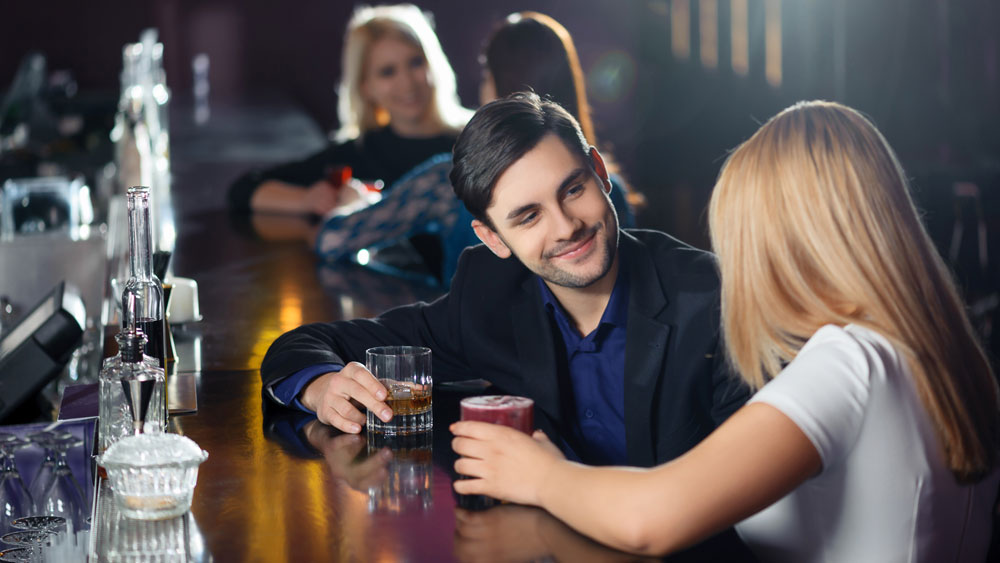 The next example is with a woman who is on her own in a bar environment.

For example: She is at the bar, ordering a drink and is on her own. Her friends may be off in the distance, but that doesn’t matter. As long as she’s on her own and you can approach and start a conversation, this Valentine’s Day conversation starter will work well for you.

Walk up to her and say, “Hey, has anyone asked you to be their Valentine’s yet?”

With a question like that, some women are going to feel the need to show to you to save face, so she might say “Yes” just so she can appear more valuable in your eyes.

A guy can then respond with, “Oh, damnit…I was going to ask you to be my Valentine’s so you can then buy me drinks and wine and dine me. Oh well” and turn it into something to laugh about together.

If she doesn’t have a Valentines, you can still use the same kind of response, but just change it up a little. If she says, “No one has asked me yet” you can say, “Okay great, then you can be my Valentines and buy me drinks and wine and dine me.”

She will almost certainly laugh and smile at that point, which means that you are making her feel attracted and open to interacting with you. 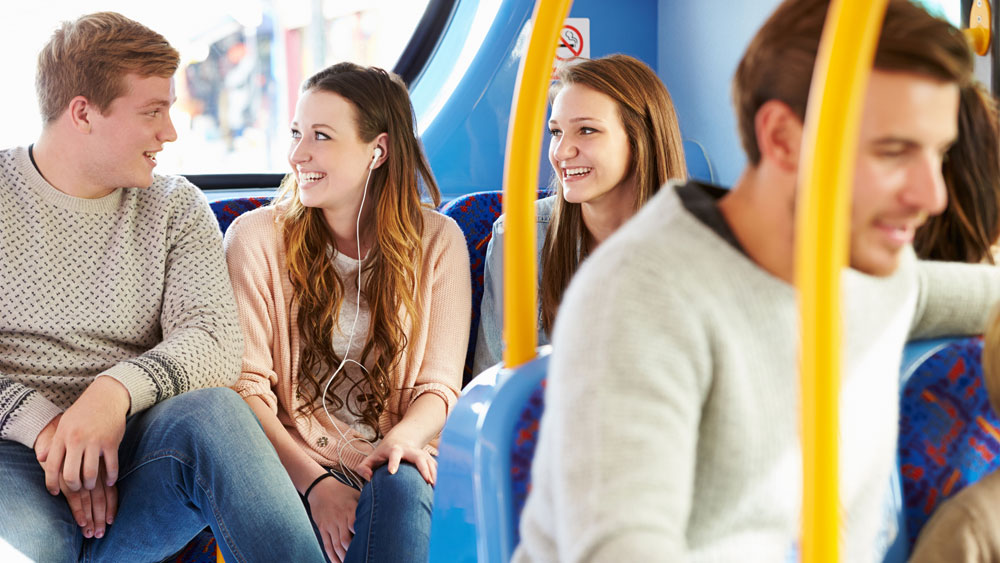 Another Valentine’s Day conversation starter is on public transport (e.g. a bus, train, tram or even a plane).

You can simply turn to a woman next to you and ask, “Hey, what did you buy me for Valentine’s Day?” and start a conversation like that.

Your confidence and the playful cheekiness of the question is going to make her smile. It will almost certainly bring her guard down and make her open her up to an interaction with you. 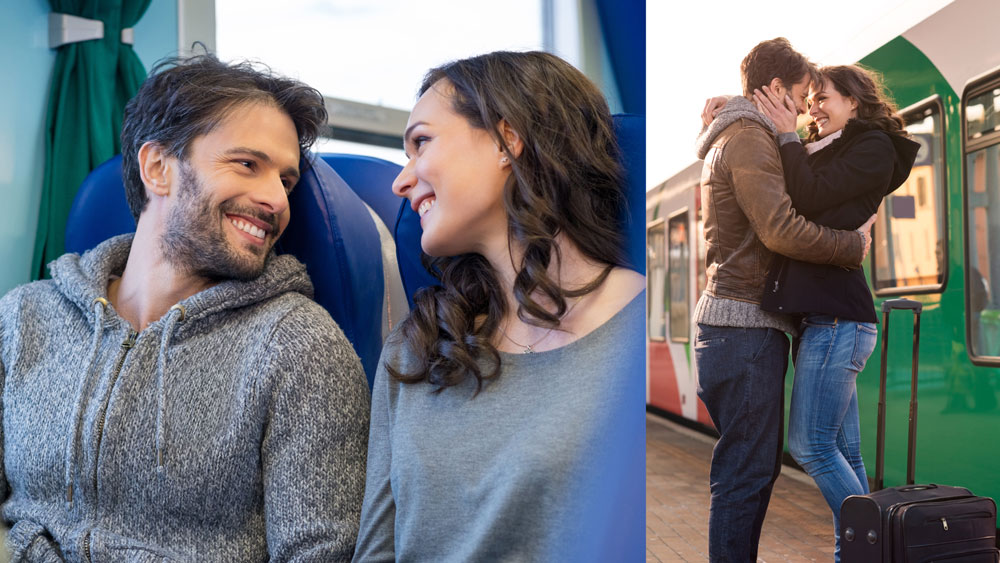 Once a woman opens up to an interaction, you can then start to make her feel attracted in other ways (e.g. by being confident, charismatic, charming, funny, etc).

5. A woman at work or university 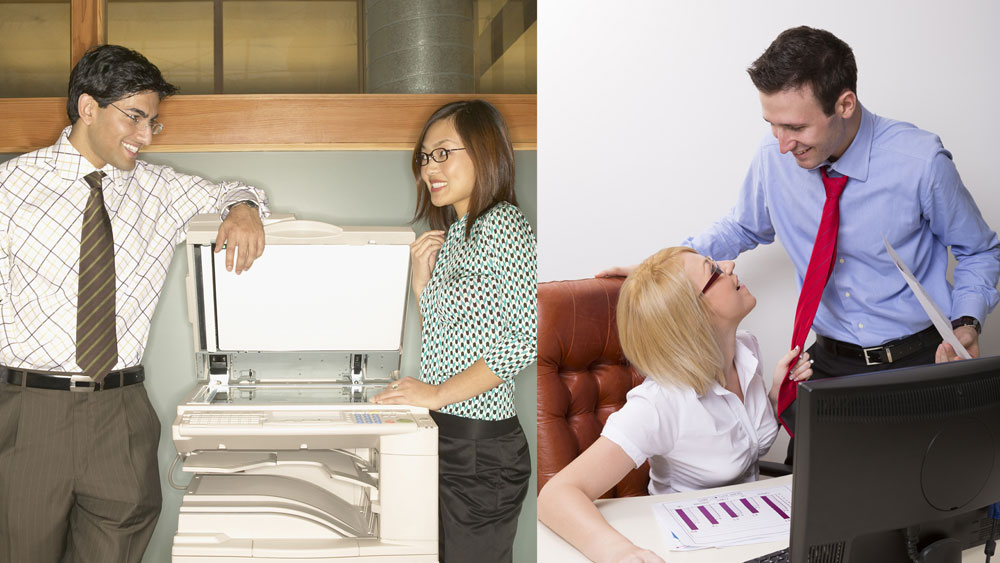 The final example is with a woman at work or at university.

So, say for example there is a woman at work or university that you have a crush on. You’ve been flirting with her and sense that she is interested in you too, but you just don’t know how to get the conversation to a point where you and her are talking about liking each other and potentially doing something outside of work.

In that case, what I’d recommend is walking into the office in the morning and saying (with a smile and easy-going attitude), “Hey, happy Valentine’s Day. Where are my flowers?”

Turn it into something to laugh about together. 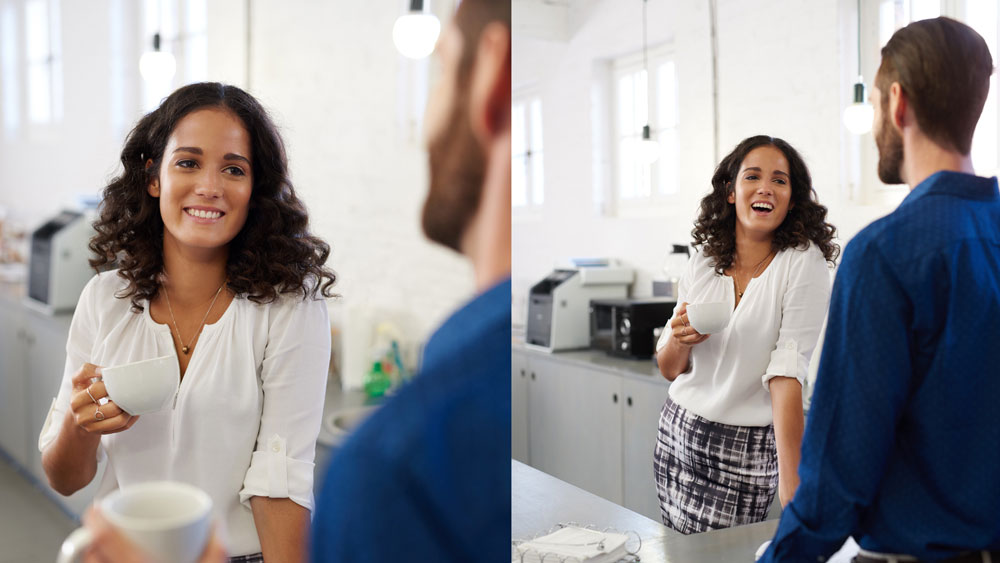 In response, she’s most likely going to smile, laugh and feel attracted to your confidence and sense of humor. She’s also going to feel happy and relieved that there is some sort of communication going on between you and her now about some kind of relationship, liking each other, etc.

BTW: If you need more help with exactly what to say and do to pick up women, I recommend that you read my ebook The Flow. You can download it instantly and start learning right away.

Picking Up Women on Valentine’s Day 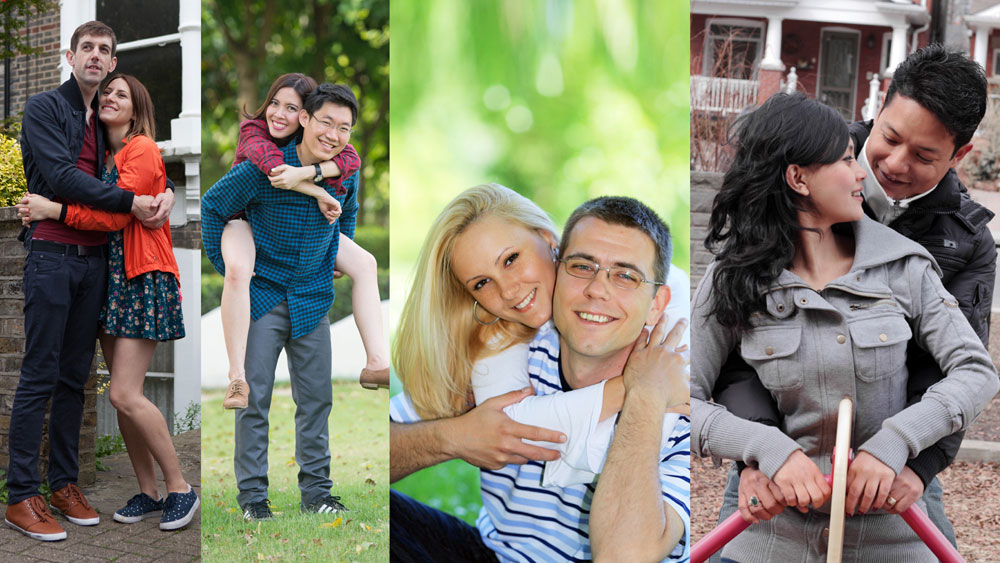 If you’re heading out for Valentine’s Day and you’re going to approach women, just remember that they want to be in love too.

When you start a conversation with a woman in a confident, easy-going and funny way, she will almost always open up and you can then attract her in other ways (e.g. being confident, charismatic, charming, making her laugh).

Once a woman is feeling a lot of attraction for you (this can take anywhere from 30 seconds to 30 minutes depending on the woman and the situation), you can then move the interaction forward to getting her phone number, adding her to Facebook or social media or moving the interaction towards kissing and sex.

Why am I Always Alone on Valentine’s Day? 5 Possible Reasons Why