How to Survive a Long-Distance Relationship

If you’re wondering how your long distance relationship is going to survive, the first thing you need to know is this…

She will wait for you, be faithful to you and yearn to see you, as long as you are continuing to trigger her feelings of love, respect and attraction for you. If you are doing that, then there is no reason for her to want to leave you and find a new guy.

Most women spend much of their lives trying to find a guy who can deepen their feelings of love, respect and attraction in a relationship and when they find it, they rarely let go.

How Long Have You and Her Been Together in Person?

We often get emails from guys who want to know how to survive a long-distance relationship and not lose their girl in the process.

Sometimes it’s because the woman they are in a relationship with is relocating temporarily through her work or going travelling for a few months but usually it’s because he’s been offered the job opportunity of a lifetime with the only downside being that it’ll mean moving to a different town or spending long periods of time overseas.

Whether or not a long-distance relationship can survive or not is down to how much both parties want it to survive, and a big part of that is going to come down to how long they’ve been together and how well-established the relationship is.

Generally speaking, relationships that are in their early days are unlikely to survive. When two people are still getting to know one another, putting distance between them inevitably leads to drifting apart because the emotional bond that’s needed to hold them together when they’re not physically together hasn’t had a chance to form.

However, the majority of guys who email us here at The Modern Man have been in their relationships long enough to know that it is a serious relationship that they want to keep alive, even though it’s now going to be a long-distance one.

Sometimes they are just about to relocate and the reality of what it’s going to mean in terms of their relationship is just beginning to hit home. Either way, the concerns guys have are generally always the same, and they are concerns that revolve around their own insecurities.

What If She Meets Someone Else?

When a guy’s main concern is that she might meet someone else, he needs to ask himself why. Is his gut instinct telling him that she will cheat, or is it just a case of him being insecure?

If you are in an established relationship and you both want to keep the relationship alive even though it’s going to become a long-distance one, why would she start looking for someone new the moment you’re gone?

Look at it this way, you’re still going to be the same guy she fell in love with and the guy she wanted to get into a relationship with even when you are hundreds of miles away from each other, right? Well, let’s just say that if you’re not, then that’s where you’re getting things wrong.

If you allow the change of circumstances to change you into someone else because it unleashes a truck-load of insecurities in you, you might not be the same guy she fell in love with any more. Women are attracted to confident men, men who are secure in themselves and in who they are, and men who have a relaxed, self-assured attitude to life as a consequence.

Women know that a man with these qualities is a man who has his pick of women so they work hard at chasing him down and securing his affections for themselves. If you become an insecure guy who questions her every move, and you become desperate in your need for constant reassurance from her, you’re in danger of losing her respect and killing the sexual attraction in the process.

What If She Cheats on Me? 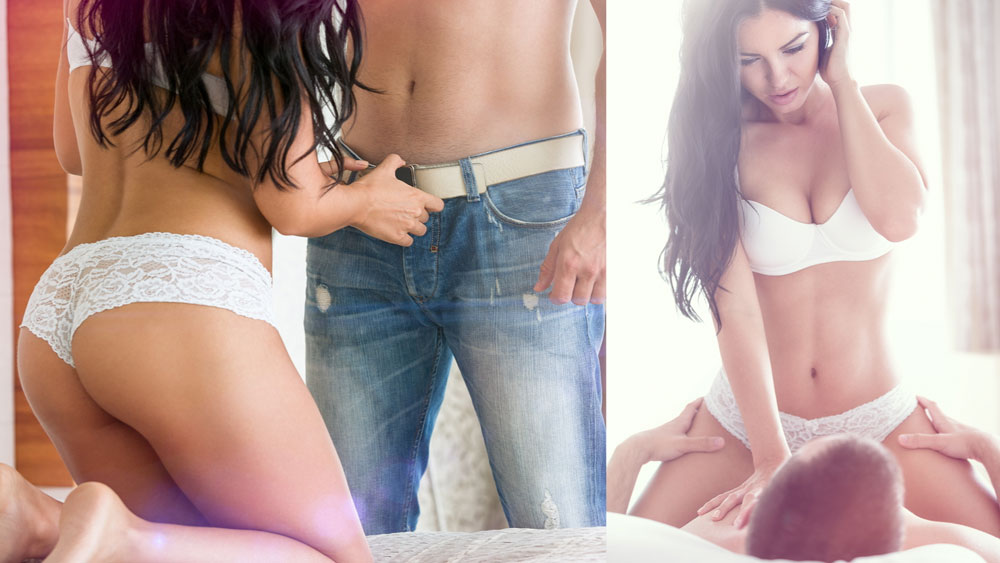 Feelings of insecurity coming from you will change the way she feels about you. The way you feel affects the way you think and the way you behave.

If you are consumed with feelings of doubt and feelings of jealousy every time you hear another man’s name mentioned, you are more than likely going to behave in an overly-possessive way. Your insecurities force her into “taking charge” in the relationship and she will feel under pressure to constantly reassure you and constantly bolster your flagging self-esteem.

If this is allowed to happen, you’re really getting it wrong, because she’s no longer able to feel like a woman in the relationship. In fact, she’s going to feel like a mother caring for a child and the all-important sexual spark that’s needed between a man and a woman is lost.

If she then meets a man who possesses all the character traits that first attracted her to you, she may well cheat on you because she will feel powerless to resist a man who reminds her of what it feels like to be a woman.

How Can I Make Sure That I Don’t Stuff Up the Relationship?

Getting it right comes down to not letting the change of circumstances in your relationship change the man you are, or change your masculine role in the relationship.

A temporary distance between you need not change the relationship dynamic if a successful dynamic already exists. When you are an emotionally stable man; a man with genuine self-confidence, a man with strong alpha male characteristics, and a man who is genuinely comfortable in his own skin, then you are a man who sparks an instinctive sexual attraction in your woman.

Sure, you’re going to miss each other and you’re going to have to figure out ways of keeping each other satisfied when you’re apart, but when you get it right, the emotional connection you have will make sure that sexual sparks are going to fly whenever you happen to get together physically.

My Girlfriend Had a Fling

My Girlfriend Nags Me All the Time