How to Deal With a Long-Distance Relationship: Golden Rules

If you’re wondering how to deal with a long-distance relationship, you may be:

Either way, there can be no denying that a long-distance relationship brings with it the potential to experience a different set of challenges than you might expect to have to deal with under normal circumstances.

So, how do you deal with it and are there any “golden rules” a guy should know about to help him make a go of a long-distance relationship? 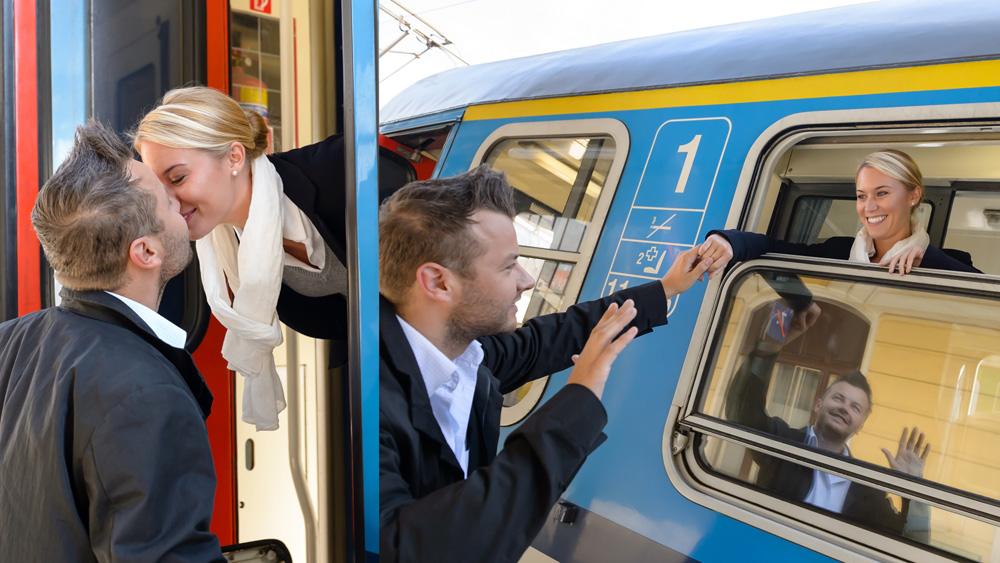 Each couple has to find their own way to suit their own particular circumstances because each long distance relationship is different.

However, there are some golden rules that really must be obeyed if a relationship is to stand any chance of survival once it becomes a long-distance one.

The first thing to be aware of is that unless a relationship is already fairly well established before it becomes a long-distance one, there’s very little chance of it surviving once there’s distance between you.

Couples who deal with it and manage to make their relationship work are couples who already have a strong emotional connection before there’s physical distance between them.

It’s having that connection that keeps them together when physical contact becomes limited, and without it, the lack of physical contact and the feelings of closeness it brings will inevitably lead to them drifting apart.

Assuming your relationship is already established, the BIG golden rule that must be obeyed as it becomes a long-distance one is to make sure you continue to be the man that she fell in love with in the first place.

If you change in a negative way and become less attractive as a man as a result, your relationship is doomed to failure whether there’s physical distance between you or not!

With this in mind, the “rules” are as follows:

This is one of the toughest challenges a guy has to deal with in a long-distance relationship.

Most guys even struggle to avoid jealousy when they are in a normal relationship with a woman (e.g. live together, see each other many times during the week) and it’s sometimes even more challenging when you’re long distance.

Let’s say you and your woman are hundreds of miles apart and talk to each other every day by phone.

All of a sudden, she happens to mention another guy’s name in conversation and you instantly feel jealous.

The name she mentioned is probably just someone from her work or someone connected to one of her friends, and under normal circumstances you probably wouldn’t even have noticed it being mentioned, but, and it’s a big but, because you’re hundreds of miles apart, you can’t help yourself from being consumed with jealousy at the thought of her being around another man.

This is not good!

Think about it for a moment, if you were in an ordinary relationship and you became jealous every time your girlfriend mentioned another guy’s name, how would she react?

Imagine how she’s going to feel about you if you begin to question her every move and make her feel “guilty” about speaking to other guys.

She’s going to see you as an insecure man and that’s not an attractive trait.

Women find it difficult to maintain feelings of respect and attraction for insecure guys, so you need to continue being the confident, secure guy she fell in love with if you want to make your relationship work.

Feelings of jealousy can lead to behaving in an overly-possessive way. In an ordinary relationship, this might mean being clingy and wanting to do everything together, and in a long-distance relationship it’s going to mean wanting her to limit what she does on her own so that you don’t have to feel jealous about her doing stuff that doesn’t include you.

This is not good!

In any relationship, whether it’s long-distance or not, being overly-possessive will eventually suffocate the life out of it.

Women are turned off by clingy, possessive behaviour.

A clingy man is a weak man in her eyes, and that’s not an attractive trait.

Sure, in the early days of a relationship it’s natural to want to spend every waking moment together, but in relationships that work, each individual has their own separate interests out with the relationship and that’s what gives them space to grow as people, allowing the relationship to grow stronger as a result.

Women don’t feel sexually attracted to weak, wimpy guys, so you need to continue being the strong, confident, and masculine guy she fell in love with if you want to make your relationship work.

Abiding by the golden rule of continuing to be the man that she fell in love with means making a conscious effort not to become less of a man (e.g. by slipping into the common pitfalls of jealousy or overly-possessive behaviour). Relationships that work have the ideal relationship dynamic, and the same principles can be applied even when the relationship becomes a long-distance one.

The bottom line is that a woman wants to be able to feel like a woman in her relationship, and this is why women fall in love with strong, confident, masculine men who have what it takes to make them feel feminine.

A man doesn’t need big muscles to be strong and masculine, all he needs to have is strong alpha male characteristics that naturally maintain the attraction and respect of a woman.

A man with genuine self-confidence, true masculinity, and an understanding of how to use his alpha male power is a man who knows how to lead the way in a relationship, even when physical contact is limited – and that’s how to deal with a long-distance relationship

My Girlfriend Said I’m Too Clingy