Why is it that some people are so positive, upbeat and always see the best in others and in life, while others are always negative and nothing ever seems to be right or can please them?

Ideally, we would all like to avoid negative people and would prefer to surround ourselves with people who are always happy and positive.

Yet, sometimes this just isn’t possible (e.g. at work, university, at family gatherings).

So, what do you do if you find yourself in a relationship with a negative woman?

How can you get her to change?

Well, part of getting her to change is by you leading the way to a different way of reacting to things that would normally make her be negative, get angry, feel stressed or throw a tantrum.

Watch this video for an example…

Although she is the one being negative, it’s actually up to you as the man to guide the relationship to a better dynamic.

That may seem unfair, but it’s just how relationships between men and women work.

If a man is unable to get his woman to be a good woman and instead allows her to become a negative, angry, bitter, annoying girlfriend, then she’s eventually going to get tired of being that way and blame it all on him anyway!

So, as a man, it’s always better to take control of a situation and make it work the way you want to.

If you can get her to be a good girlfriend to you, feel happy and be more positive, she will stick to you like glue because she needs your influence to be like that.

Are You Wondering if She is Worth the Effort? 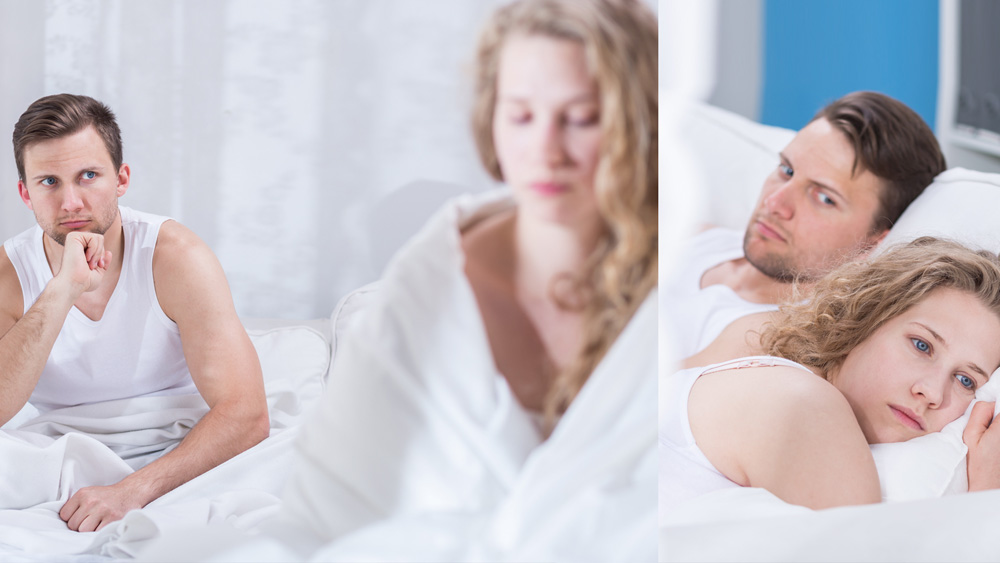 If you’re saying, “My girlfriend is always negative,” then you are probably feeling lost and confused about what you should do about her.

Part of you might be saying, “I really love my girlfriend and I want to help and support her. I don’t want to lose her over this” while the other part of you is saying, “Her negativity is starting to affect my life. I feel useless because I can’t help her…and her attitude is starting to make me feel negative too. Should I dump her, or keep putting up with this?”

That, of course, is a personal choice.

You have to do what makes you happy, but just remember: She will most likely be a much better girlfriend if you lead the way to a better relationship dynamic.

Women are very responsive to the leadership of a man, so if you can lead you and her to a happier, more positive way of being around each other, things will automatically start to improve in your relationship.

All of a sudden, she will feel happy about being a good girlfriend to you.

If other guys haven’t been able to make her behave in that way, she will respect you, feel attracted to you and love you so much more than she ever felt for them.

What Being Negative Says About a Person

Over time, I’ve learned that most people are good on the inside and have good intentions.

Yet, sometimes people just don’t get the right guidance they need while growing up, so they end up lacking in social and relationship skills.

For example: A woman might want to be positive and be a good girlfriend, but she just doesn’t know how to be that way and is so “stuck in her ways,” that she doesn’t really see any other way of being.

In some cases, a person is filled up with so many insecurities, or they’ve associated with the “wrong” people for too long, that they end up behaving in ways that go against their inner (good) nature.

With this in mind, when your girlfriend is being negative, it is possible that deep down what she really wants is to be liked, loved, understood and appreciated by you and by others.

My Girlfriend is Always Negative: How Can I Get Her to Stop?

Another thing that you can do is to address the issue of negativity with your girlfriend. Sometimes a person isn’t aware about how negative they are really being until someone objective points it out to them.

Remember it’s not about criticizing her and making her feel even worse about herself than she already does. If she feels understood and supported she may be open to seeing that her behavior is negative and that it’s also affecting you and your relationship.

If she opens up to you, you can then help her get professional help (if she’s depressed). Or, you can help her by being patient and supportive while she works at developing her social skills and improving her self esteem issues.

How can you get hurt to open up to you? Simply ask questions and listen. Don’t try to prove your point by attacking any mistakes she makes in her thinking. Simply let her speak and when you notice a mistake in her thinking, ask her if she thinks that thinking that way is the best way to approach things.

She may say that she is correct in that moment, but she will likely admit that she was wrong later on when she’s had time to think about it.

Sometimes People Are the Way They Are

On the other hand, if you talk to her about it and she denies it, or even accuses you of trying to make her feel bad about herself, or of being jealous of her, then maybe it’s time to ask yourself, “Why am I putting up with a negative girlfriend? What is stopping me from breaking up with her and finding myself a new, better, more positive woman than her?”

Sticking around a negative woman who doesn’t want to fix herself is also a reflection on you. You don’t have to break up with her if you don’t want to, but you should ask yourself what is attracting you to her and keeping you around?

Often guys will stay in a relationship with a woman who is negative, selfish, domineering or even abusive because they fear that if they dump her, they won’t be able to find anyone else. Either that or it’s convenient to stay with her because she’s paying half the rent and bills.

So, what is the case for you? Answer these questions to your self and you will probably work out why you are really sticking with her rather than dumping her to teach her a lesson and hopefully wake her up out of the negative state of mind that she’s been living in…

If you answered “Yes” to the second half of any of the above questions, then putting up with your negative girlfriend may stem from your own insecurities and lack of confidence around women in general.

As a man, you have to be able to attract women by choice, rather than taking whatever you can get. If you don’t have confidence in your ability to attract other quality women, you will often fall into the trap of putting up with crap from a unworthy woman when in a relationship.

It’s Up to You

You can sit around feeling helpless, saying, “My girlfriend is always negative,” and letting her pull you down into a negative state of being with her, or you can decide to take control of your life right now.

If you know that you can easily attract other beautiful women, then your decisions about the relationship will be made from a position of strength.

However, if you feel like you’d be lost without her, then it’s only natural that you will keep putting up with her negativity, rather than breaking up with her or at least threatening to break up with her to wake her up.

You are a good, loving man and you want to help her become more positive because you love her and you believe that she can break free from her negative way of being.

On the other hand, if you decide that your current girlfriend is bringing you down and is never going to change, will you have the confidence to break up with her? Do you have confidence in your ability to attract new, quality women?

How to Deal With a Long-Distance Relationship: Golden Rules