If you are saying, “My girlfriend said I’m insecure,” then today is a great opportunity for you to grow as a man.

You can let her accusation sit inside your head and make you feel even more insecure, or you can choose to take it as a piece of “constructive criticism” that will literally change your life and fix many of the problems in your relationship.

As a man, you have to make sure that you remain confident at all times about your attractiveness to your woman.

If you become insecure and then start behaving in jealous, controlling or needy ways, your girlfriend is guaranteed to feel turned off by you.

Women just can’t maintain a feeling of sexual attraction for a man who is emotionally weak.

So, even though your girlfriend may really like you and love you as a person, she is going to fall out of love with you if you continue being insecure.

According to the dictionary, insecurity is explained as follows:

Insecurity is one of those universal qualities that women find unattractive about a man, whether they are meeting him for the first time or in a relationship.

Even though some women might accept an insecure guy initially, almost all women are turned off by emotional weakness in men.

Regardless of whether she’s a mature woman or a young girl, a woman will be instinctively drawn to the strength in a man and repelled by any weakness.

It won’t matter if the guy is good looking, tall or making a lot of money – if he is insecure, a woman just won’t be able to maintain her feelings of respect and attraction for him.

If that goes on for too long, she will eventually fall out of love with him and potentially break up with him.

Do You Really Understand How to Attract Women?

It’s very easy for a woman to attract men for sex or a relationship.

In fact, all she really has to do is wear a short skirt to show off her legs, or a tight top to show off her boobs, put on some make up, do her hair and guys will be falling all over themselves to ask her out.

This is because men are mostly attracted to a woman’s physical appearance and they will often overlook a woman’s shortcomings, (e.g. if she’s not very intelligent or not very nice, loving or caring as a person), because of the intense attraction they feel for her physically.

On the other hand, for most women, the most important thing is how a man makes her feel.

When a man makes a woman feel turned on by his self confidence, masculinity, mental and emotional strength, social intelligence, humor, etc., most women will place less importance on the fact that he’s not a tall, male model with loads of money.

So, if you’re saying, “My girlfriend said I’m insecure,” you have to understand that somewhere along the line, you stopped behaving in the ways that initially attracted her to you. Rather than giving into feelings of emotional weakness (e.g. jealousy), you need to force yourself to be strong for her.

Why is Your Girlfriend Calling You Insecure? 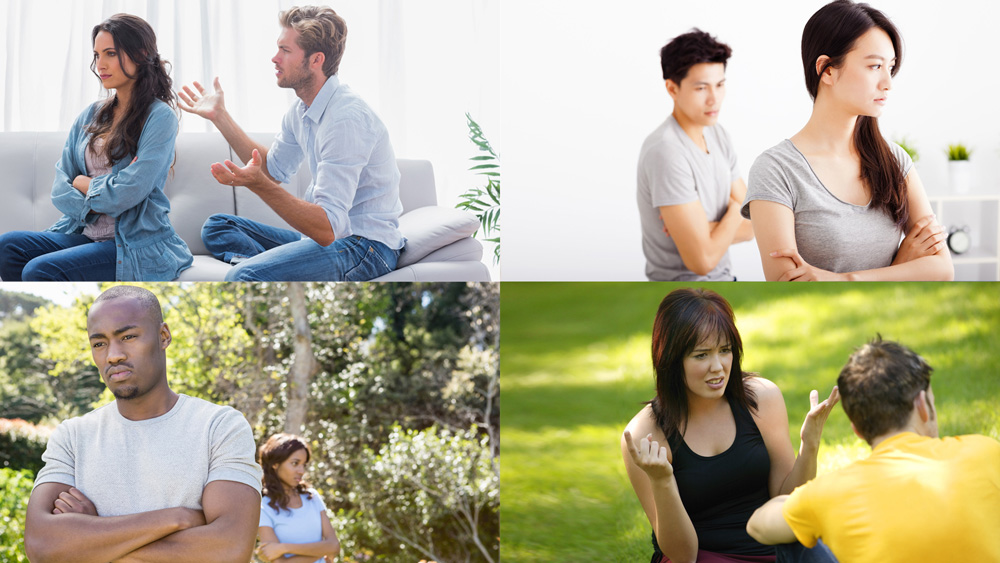 Some guys will say, “My girlfriend is making me feel insecure by the way that she behaves,” without realising where their insecurity really stems from and how to change it.

For example: For some guys, their insecurity is something that they’ve carried along with them since childhood and made worse over time by dwelling on it and attaching it to their deep sense of identity.

Whatever the case, because of certain experiences early on in life, he grew up believing that he’s not good enough and that no matter what he does in life, he’s destined to be hurt and disappointed by those he loves and counts on.

These are the type of guys who usually avoid approaching attractive women because they don’t feel worthy.

However, despite his insecurities and inability to attract women by choice, sometimes a guy gets lucky and scores himself a girlfriend.

Without really knowing how to approach and attract women on purpose, he somehow he manages to get a girl to begin a relationship.

Yet, once in the relationship, those nagging doubts that are stored deep in his mind begin to creep in.

The old negative voice in his head begin to say, “You’re not good enough for her” or “She’s beautiful and you are nothing…she will leave you soon” or “What’s a guy like you doing with an amazing girl like her? This isn’t going to last…she will fall for another guy soon” or, “You just got lucky, but she’ll soon realize that she can do better than you and she’ll dump you.”

Slowly, but surely, that little voice erodes any self belief he might have had and he starts doing things to “hold on to” his girlfriend.

1. He becomes needy or clingy.

A common reaction for the guy who thinks he got lucky with his girlfriend is that, once she’s in a relationship with him, he stops doing anything else with his life and sticks to her like glue.

He might stop hanging out with any friends that he had prior to the relationship and spend all of his time with her.

Yet, the more he alienates himself from people who were once in his life, the more he feels like he needs his girlfriend for his emotional security and sense of identity.

Other behaviors include texting her numerous times a day to remind her how much her loves and misses her, or making plans to be together every spare minute he gets.

If she tries to do anything without him, (e.g. hang out with her friends or pursue a hobby) he feels hurt and betrayed, which then often leads to arguments where she tells him that she’s tired of his insecurity.

Women are attracted to the strength in men, not the weakness, so the clingier and needier a guy behaves, the less attractive he becomes in her eyes.

So, a vicious cycle begins where his needy behavior becomes clinginess, which in turn causes his girlfriend to lose even more respect and attraction for him, resulting in him becoming even more needy and clingy.

2. He constantly needs reassurance about her feelings for him.

Another common sign of insecurity is when a guy constantly asks his girlfriend, “Do you still love me?” or “Have you ever thought about breaking up? or saying, “I don’t know if I could live without you. I would rather kill myself or die in an accident than be without you.”

Although he believes he’s being romantic and showing her how much he loves her, to her he’s simply highlighting his insecurity as a man in this strange, challenging world that we live in.

If he asks her insecure questions like that once or twice, she may just write it off as him having a bad day, but if he behaves like this ALL the time, she’ll start to feel turned off by him at a deep level.

She’ll start to ask herself, “Do I really want to be stuck with an insecure guy like this for the rest of my life?”

If she then sees her friends dating strong, confident, masculine men, she will begin feel jealous of what they have.

This will lead to her telling him that if he doesn’t stop being so insecure, she doesn’t know if she wants to be with him anymore.

Unfortunately, this doesn’t help an insecure guy feel better about himself or the relationship, so he will usually become even more insecure, making her lose even more respect and attraction for him.

3. He becomes jealous and possessive. 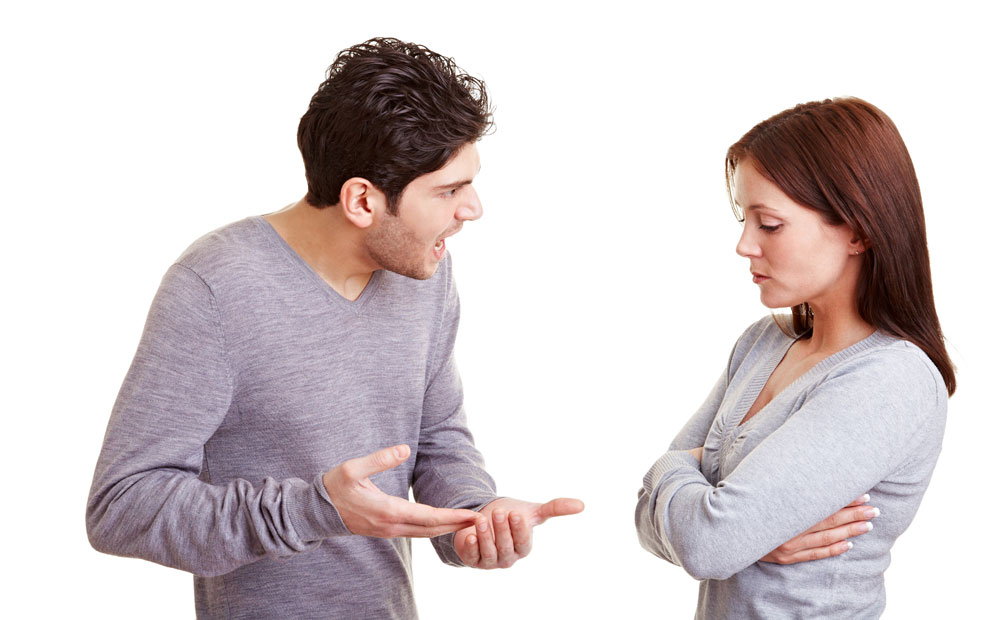 Obviously, when a guy feels lucky to get his girlfriend (rather than feeling like she is lucky to be with) and also believes that if she dumps him he will find it difficult to find a new woman, his behavior will reflect that belief.

Naturally, he will becomes jealous and possessive over her and have a hard time letting her do her own thing, have her own friends or have fun in a social environment without him.

Unfortunately, this behavior only makes her pull away from him even more, reinforcing his negative belief about himself and his ability to attract (and keep) a woman.

My Girlfriend Makes Me Angry