My Ex Won’t Take Me Back: 6 Reasons Why

Here are 6 of the most common reasons why a woman won’t take her ex boyfriend back after a breakup:

1. She knows that he wouldn’t be any different, so it would lead to another breakup

She knows that he wouldn’t be any different based on what she is sensing and feeling during interactions with him.

For example: She senses that he’s still very insecure, still doesn’t know how to be more manly in his behavior to make her feel girly and feminine, or still gives her way too much power over him during interactions.

So rather than having to go through the pain, frustration and emotional exhaustion of another breakup in the near future, she decides not to take him back.

Yet, she doesn’t want to answer that because he can then simply say, “Okay, I promise to change that” or, “Okay, just give me a chance and I’ll prove to you that I can be different.”

Alternatively, if she tells him something like, “Look, you’re just too timid in the bedroom” it could cause him to become insecure, put on an act of being more assertive, or he might become angry at her in the moment for saying that about him.

Likewise, he might also react badly or they could get into an argument if she said something like, “I do like you, but you’re just too nice. I don’t want a guy who is as nice as you. I want a guy who is good to me, but makes me feel the need to be good to him in return. I don’t feel that with you. I feel like I can treat you as badly as I want and you’ll just put up with it to stay with me.”

It’s often too difficult for a woman to talk about those things, so she doesn’t.

She just remains quiet about it, or says, “Sorry, but it’s over” to avoid having to explain herself, make him feel uncomfortable, get into an argument or have him promise to change.

It doesn’t feel fair to him, but from her perspective, she simply doesn’t want to risk wasting more of her youthful attractiveness on a guy who probably won’t ever understand what she really wants.

2. He has been pushing for a relationship before re-attracting her

In other words, he is sexually and romantically attracted to her, still in love with her and wants her to take him back.

Yet, she doesn’t feel the same way (i.e. she’s not attracted or in love) and he’s asking her to take him back.

So, it seems unfair to her.

After all, the thing that brings a man and a woman together into a sexual, boyfriend-girlfriend relationship is attraction.

Without attraction, it’s nothing but a friendship, if at all.

She doesn’t want a friend.

She wants to be attracted and in love with a man.

That is what makes a woman want to commit to a relationship.

So, when a guy tries to get his ex girlfriend (or even wife) to commit to him again prior to re-attracting her, she rejects him and wants to move on from the relationship.

He is then left wondering why his ex won’t take him back.

In some cases, a guy will assume that he has no chance anymore.

He does have a chance, if he re-attracts her.

How can he do that?

Here are some things you can do when interacting with her:

So, make sure that you re-attract your ex first.

Don’t go trying to get her to take you back without attraction.

It simply won’t feel fair to her, or like something she wants if she’s not feeling sparks of attraction.

On the other hand, when you make her feel new sparks of attraction, taking you back becomes something she wants to do because it is interesting, exciting, appealing and arousing for her.

As a result, it then becomes about her wanting to get back with you and you giving her that chance, which makes the whole process so much easier.

Another common reason why a woman won’t take her ex back, is…

3. She doesn’t feel as though he deserves another chance after what happened between them

Sometimes, a guy will have done something in a relationship that his woman feels is unforgivable (e.g. he took her for granted and made her feel unloved and unappreciated for too long, he cheated on her, he lied to her on a number of occasions, he became verbally abusive towards her, he was unsupportive of her dreams and goals that mean a lot to her, he got caught checking her phone and then began accusing her of cheating even though she wasn’t, he disrespected her family).

It can also be based on how he behaved leading up to, during or after the break up (e.g. he arrived at her house and started banging on her front door and demanding she come out and speak to him, which showed her a different side to him that she didn’t like).

Whatever the case, she currently doesn’t feel like he deserves another chance.

So, what should a guy do?

The best approach is to get her to forgive you for her own benefit.

Let her know that if she doesn’t forgive you, then she’ll go through life feeling angry and bitter about what happened with you and it will most likely cause problems with her future relationships.

For example: She might never be able to truly love again, she might develop trust issues, or become fearful of a breakup happening, which can result in her behaving in ways that cause the relationship to fall apart.

This is why she should forgive you for what happened to create a clean slate for herself.

When she does that, it suddenly then has a secret benefit for you.

She stops looking at you in such a negative way because she has forgiven your mistakes now.

She starts to look at you for who you are now, not who you were in the relationship.

If you then know how to make her feel sparks of attraction and love for you again, she will naturally feel drawn to the idea of giving you another chance.

4. She is interested in another guy and wants to be with him for now 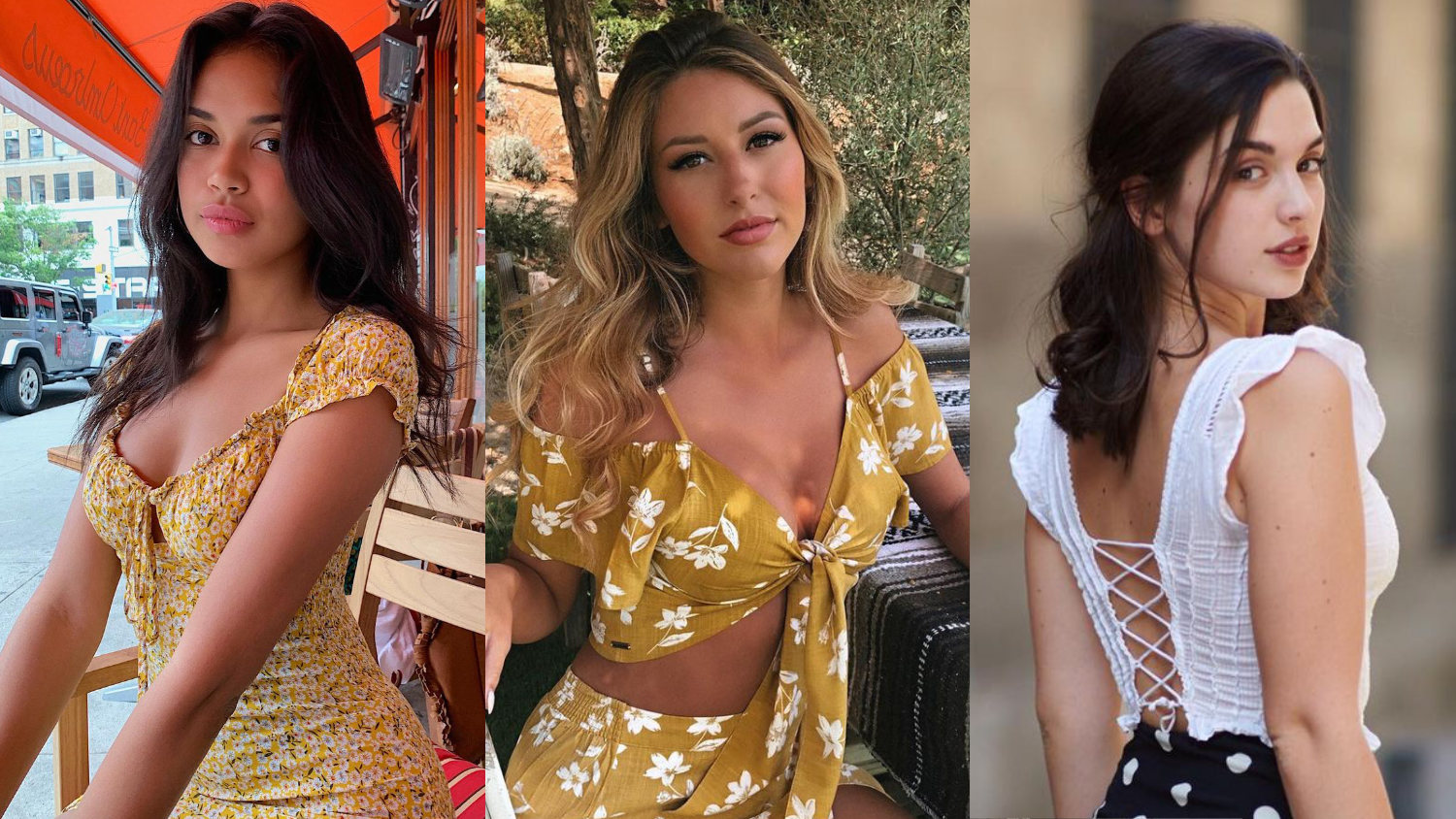 Sometimes a woman will already be interested in a new guy prior to breaking up with her boyfriend (or husband), but she simply won’t want to tell him about it.

She does that to hopefully avoid her ex:

Her ex is then left feeling confused and wondering why she won’t take him back.

Meanwhile, she is kissing, having sex and opening herself up to potentially falling in love with the new guy.

Don’t sit around waiting for her to give you approval to start the ex back process and get her back.

Interrupt her new relationship by preparing yourself to re-attract her and then contacting her, re-attracting her and getting her to meet up with you in person.

In person, make her feel even more attracted and then get to a hug, kiss and sex to make her reconnect with her feelings for you.

If you have honestly leveled up as a man since the break up (e.g. you are much more confident now, you are more manly in the way you touch her, talk to her and behave around her), she will naturally feel more attracted to you than she ever did before.

As a result, she will then begin to doubt her feelings for the new guy and want to be back with you.

Another common reason why a woman won’t take her ex back, is…

5. She is afraid that he only wants to get her back temporarily and then dump her

Sometimes a woman will fear that if she knows that her ex is a revengeful kind of guy, or if he was very angry when she broke up with him.

She will worry that if she gives him another chance, he’ll make her fall in love with him again and then dump her when he’s ready.

That way, he can walk away as the dumper and leave her behind feeling rejected, unwanted and discarded.

So, even if a woman secretly does want to take her ex back, she will usually be hesitant, or completely avoid taking him back if she suspects he wants revenge.

6. He waited too long to get her back

Some guys make the mistake of cutting off contact with an ex who dumped them and waiting for 30 or 60 days.

The guy hopes that she will come running back because he hasn’t contacted her.

Yet, in almost all cases, a woman simply moves on when an ex guy (that she dumped and is no longer attracted to) doesn’t contact her.

In other cases, a woman will perceive her ex’s lack of contact as immature, or as meaning that he doesn’t truly love her and isn’t ‘the one.’

Then, when he finally gets around to contacting her weeks or a couple of months later, he is shocked, confused and disappointed to find out that she’s doesn’t want to take him back.

Don’t make that mistake with your ex.

Get her back while you still can.

How to Get My Ex to Commit to a Serious Relationship: 9 Tips