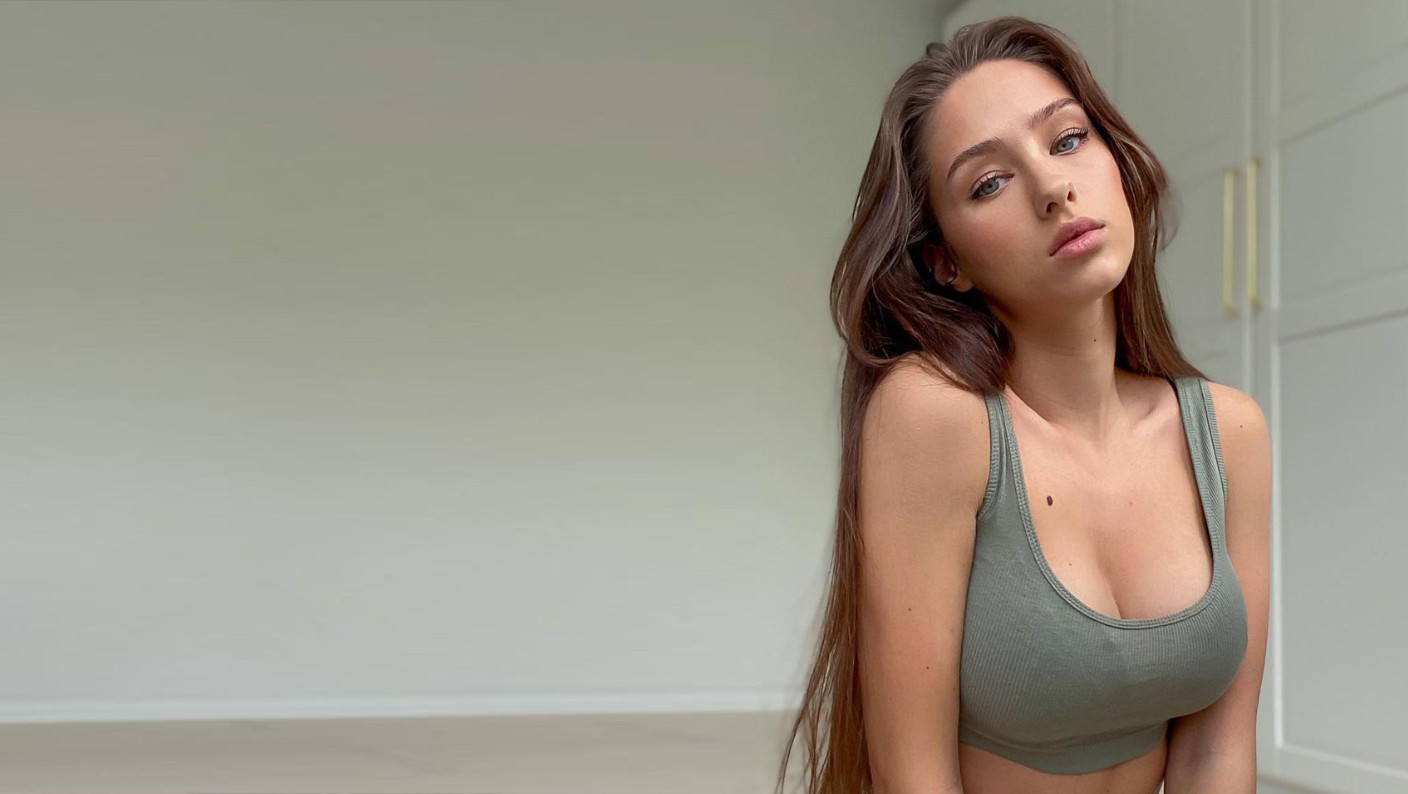 My Girlfriend Broke Up With Me On My Birthday. 4 Reasons Why

Here are 4 of the common reasons why a woman will break up with her boyfriend on his birthday, plus what to do to get her back:

1. She wanted to avoid acting like she was happy with you around other people when she wasn’t

Birthdays are usually a time of celebration where family and friends all gather around, to honor the person whose birthday it is and shower him or her with love, attention and meaningful gifts.

The atmosphere is generally fun-filled and light-hearted and everyone is smiling, laughing and happy.

Yet, if a woman has lost touch with her feelings for her guy and is likely planning to break up with him anyway, the idea of pretending that she’s still happy and in love with him in front of his friends and family is just too stressful.

So, rather than put herself through that, she might decide to break up with him on his birthday.

Additionally, a lot of women who break up with their guy on his birthday justify their decision by thinking things like, “At least if I break with him now rather than after his birthday, he will have lots of people around him to help him get through it. He won’t have to handle it alone so it will actually be better for him.”

Of course, if you’re the guy being broken up with on your birthday, you understandably might not see it that way or appreciate her gesture.

In fact, you may even consider it a very bitchy thing to do and you might also feel humiliated in front of your friends and family.

However, to begin with, realize that getting broken up with on your birthday is not the end of the world.

In fact, it’s quite a common thing.

Secondly, the issue you should be focusing on is that you got broken up with by the woman you love, not when it happened.

The bottom line is that somewhere along the way, your girlfriend stopped feeling respect, attraction and love for you, to the point where she decided to break up with you on your birthday because she couldn’t make herself pretend to care about you anymore.

So, the question you need to ask yourself now is: Are you going to accept the breakup and move on and find yourself another high quality woman to be with, or do you want to get your ex back?

If you want your ex back, you need to take action right away and begin re-attracting her.

When you re-spark her sexual and romantic feelings for you, she will automatically want to be your girl again.

Additionally, she will feel so bad for breaking up with you on your birthday that she will likely put in even more effort to be a good, loving, attentive woman to you to make it up to you and show you that she appreciates you forgiving her and giving her another chance.

So, start by calling her on the phone and sparking some of her feelings of respect and attraction for you.

Important: Don’t call her and whine about her breaking up with you on your birthday, because she will almost certainly become defensive and close herself off.

It will then be a lot more difficult for you to reactivate her feelings for you.

Instead, keep things light-hearted and relaxed by using humor to make her laugh, smile and bring down her guard.

Then when she’s open and happy to be talking to you again, get her to meet up with you in person.

When you meet up with her, get her to feel properly attracted to you again and guide her to a hug, kissing, sex and then back into a relationship with you.

2. She didn’t want to waste money buying you a present because she knew that she was planning on breaking up with you soon anyway

If a woman is planning to break up with a guy anyway, spending money on a gift for him might seem unnecessary to her.

Additionally, at this point, she just can’t be bothered to put in the effort required to buy him something nice.

Her reasons might be, if she buys him something special or thoughtful, she will just be leading him on and making him feel loved and appreciated by her, even though she doesn’t feel that way about him.

On the other hand, buying him a gift because she feels obligated to do it is both a waste of money (i.e. he likely won’t appreciate it or use it because it’s not something he really wants or values), as well as unnecessarily stressful for her.

So, rather than go through that, she may just decide to break up with him on his birthday and be done with it.

3. She hoped that you’d be able to deal with it better because you’d likely have friends and family around you at that time

Contrary to how it may seem to the man being dumped, most women who do break up with a guy on his birthday go through quite a lot of stress and worry about it.

On the one hand, a woman might feel certain that she doesn’t want to be in a relationship with him.

She will then close her heart off to him and decide that it’s time for her to move on without him.

However, at the same time, she doesn’t want to be a bitch to him.

Essentially, she knows that he’s going to take the break up badly and that it’s going to be difficult for him to cope.

As a result, as cruel as it might initially seem for her to dump him on his birthday, she may feel that it’s the best thing she can do to make the breakup as easy as possible for him.

She knows that he is guaranteed to be surrounded by friends and family on that day and they will do their best to help him handle it (e.g. distract him with laughter and jokes, get him drunk).

As a result, she’s hoping that he will be okay and that it won’t be too hard on him.

From her point of view, she’s trying to be as nice as possible about it.

Of course, from his point of view, all he can probably think is something along the lines of, “For the rest of my life I’ll always remember how my girlfriend broke up with me on my birthday.”

Although it sucks to get broken up with and even more so on your birthday, it doesn’t have to be something that makes you dread all future birthdays.

Instead, if you really want to, you can turn this event into an opportunity to level up and become an even more emotionally attractive man than you already are.

You can then move on and find yourself another beautiful, loving woman to get into a relationship with and enjoy many birthdays with her where she goes out of her way to spoil you and make you feel loved and appreciated.

Alternatively, you can re-attract your ex girlfriend (i.e. by changing your approach to attraction with her) and make her never want to leave you ever again.

4. She just couldn’t bring herself to be nice to you on your birthday, which made her realize that she wasn’t in love

In some cases, a woman’s feelings for her man have degraded so much over time that she can no longer stand being nice to him.

Instead, every time they’re together they always seem to get into crazy arguments and misunderstandings.

If she then notices that it’s his birthday and rather than want to make it a special day for him where she spoils him with gifts and attention, she instead doesn’t even want to be around him, she will almost certainly start questioning her feelings for him.

She may then think to herself something along the lines of, “I don’t even want to be nice to him on his birthday. That’s not how people in love with each other should feel. I guess I have to admit the truth to myself and that is: I don’t love, respect, or feel attracted to this man anymore. In fact, I don’t even want to be around him on his birthday. I know it seems harsh, but I can’t face being with him one day longer. I have to end it now!”

As a result, she decides to just break up with him, rather than pretend one more day that she cares for him when she doesn’t.

Although getting dumped on your birthday is a horrible experience, you can still turn it around and make your girlfriend fall back in love with you if you want to.

To do so, you will need to change your approach to attraction with her from now on, so she naturally starts to feel drawn to you again in a good way.

In other words, during interactions with her from now on you need to say and do that types of things that will reactivate her sexual and romantic feelings for you and make her think something along the lines of, “He seems so different to the guy I broke up with. All of a sudden I feel so good when I’m talking to him, something I haven’t felt in a long time. Maybe what we had isn’t fully over after all. Maybe we can work things out.”

When you start making her feel sexually attracted to you again, it then becomes harder for her to walk away from you for real and risk regretting it later on.

As a result, she opens back up to talking to you over the phone and seeing you in person more often to see how she feels.

Ex Wants to Be Friends. I Want More