What you say to women can easily change a conversation from being friendly to sexual.

Your words can be used as foreplay to switch a woman on and get her in the mood for kissing and sex with you.

In this post, I’m going to share 5 examples of sex conversation starters that you can use at each stage of the dating process.

1. When you meet her for the first time in person

After you have sparked a woman’s feelings of sexual attraction for you by displaying some of the personality traits, behaviors and inner qualities that women find attractive (e.g. confidence, charisma, humor, making her feel girly and feminine in comparison to your masculine vibe and conversation style), you can then begin to start sexual conversations.

You have to start off properly by making her feel attracted to you first, before you try to change the conversation from being friendly to sexual.

An example of a sex conversation starter once you’ve attracted a woman (which can take anywhere from a few seconds to a few minutes), is to say, “You’re sexy…I like you.”

Saying that to a woman steers the conversation to a more honest and authentic exchange between you and her, where there is no need for mind games anymore.

You’ve have made her feel sexually attracted and are now telling her that you find her sexy and like her.

So, it’s all out in the open now and there’s no need for either of you to act like you’re not sexually interested in each other.

If a woman feels attracted to you based on what you’ve said and done prior to saying, “You’re sexy…I like you,” then she will almost always begin flirting with you and showing more interest.

She will be excited that she has finally met a guy who not only makes her feel attracted, but also has the confidence to steer a conversation in a sexual direction, without feeling embarrassed or hesitant about it.

One of my favorite sex conversation starters to use in an initial interaction is to smile and say something like, “You’re a nice girl, but I see a naughty side somewhere in there too.”

The majority of women that you meet will hide their sexual side and pretend to be an innocent virgin type of woman.

When you smile and say something like, “You’re a nice girl, but I see a naughty side in there too” she will smile and feel excited that she has finally met a guy who understands what is really going on.

2. When you catch up for a date

Some guys make the mistake of putting way too much energy and effort into trying to impress a woman by being nice, gentlemanly and building up as much of a connection with her as they can.

There’s nothing wrong with being nice, gentlemanly or building a connection with a woman, but if you want the first (or second) date to lead to kissing and sex, you also have to create a strong sexual connection.

So, when a date is going well (i.e. you’ve made her feel attracted to you, you and her are laughing and having a good time), you can steer the conversation towards sex in a way that makes almost every woman crack up with laughter and then continue talking about the subject of you and her having sex.

This is something that has always worked for me…

I smile and say in a serious, but easy-going manner, “I’m just making it clear now that you’re not getting to have sex with me tonight. You will have to wine and dine me more than this to get anywhere with me. I’m not that easy.”

At that point, a woman will almost always laugh and say something like, “No, you have to wine and dine me more!” and try to take back that power position.

Women love it when a guy has the social intelligence and confidence to mess with the typical routine of a date to the point where he steps into the position of power.

On 99.9% of the dates that a woman has gone on, she will be in control of when a first kiss is allowed and when sex is going to happen, which is predictable and boring for her.

Women love a guy who is a challenge to win over because they are bored to death with the endless queue of guys who are willing to have sex and a relationship with her without her having to do anything to impress them other than look good.

3. When you’re relaxing on a sofa in or in a bed together

If you’re at a woman’s house or back at your place after a date and are wondering how to steer the conversation towards sex, you can either be direct about it or lead up to it in a more subtle way.

For example: If you want to be direct, you can say, “Come here, I want to kiss you” in a relaxed, confident manner and draw her close to you.

Then look her in the eyes and if she isn’t pulling away from you, simply move in for a kiss and it will happen.

Alternatively, if you feel as though she might not be ready for a kiss and you need to warm her up first, you can say, “Let’s give each other a massage.”

From then on both of you will feel more relaxed and sexual and you can either start kissing her at that point or say, “Let’s go to the bedroom” if you notice that she is really turned on and ready to go.

One of my favorite ways to initiate sex when relaxing on a sofa with a new woman is to simply say, “Come here” and get her to sit on my lap, facing me in the riding position.

She will most-likely be shy about getting on your lap and facing you, so you sometimes have to encourage her by beginning to lift her on to your lap.

Once she is on your lap, you give her the hug and then pull back so you are making eye contact for a second or two and then lean in for a kiss.

From there, sex happens on the sofa pretty much every time, but if she is shy about doing it there, just say, “Let’s go to bedroom” and she will go.

I’ve found that it is always better to initiate sex in that way, rather than trying to use a sex conversation starter (e.g. “Do you want to have sex?” or “What kind of things do you enjoy during sex?”) because most women just want you to have the confidence to make a move, rather than having to discuss it first.

4. When you talk to her on the phone in between dates 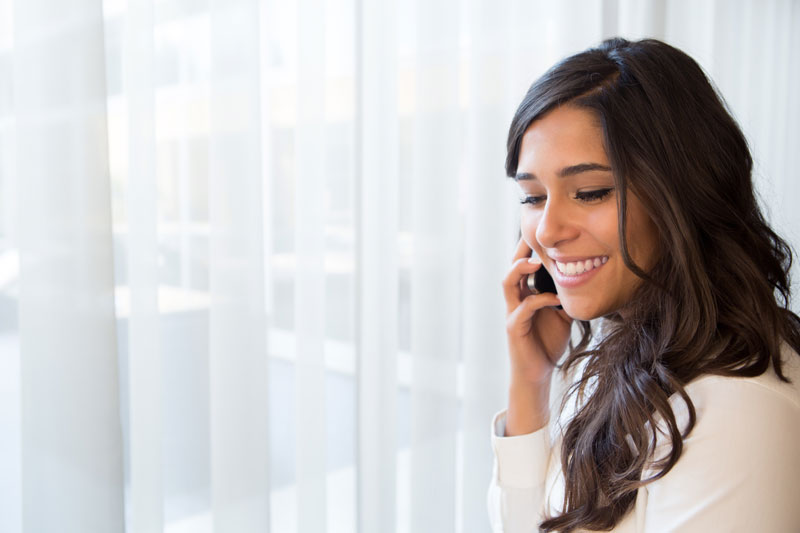 A sex conversation starter that you can use in this situation is to say something like, “You looked really sexy the last time we met. I couldn’t keep my eyes off your butt…it has the perfect shape.”

She will most-likely laugh at that point, but she will be excited that you were looking at her in that way.

The more confident you can make a woman feel about the attractiveness of her physical appearance to you, the easier she will escalate to sex with you and the more excited she will when having sex.

For example: If you tell her that you couldn’t keep your eyes off her butt, she will feel really excited when you’re giving it to her from behind or in the spoon position.

5. When you text her leading up to a second or third date 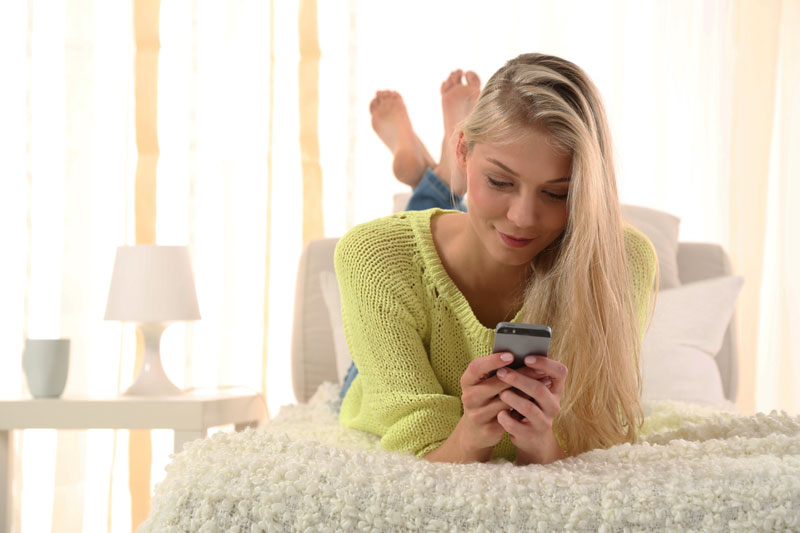 Women love the feeling of anticipation, which is essentially about the emotion of not knowing know what is going to happen.

Women love to go over different scenarios in their mind and imagine you leading up to a kiss or to sex with her in different ways and fantasizing over how good that will feel.

So, when you send her a SMS text (or Whatsapp message) leading up to a second or third date (not a first date!) with something like, “I’m looking forward to turning you on tonight” the woman will immediately go into fantasy mode.

She will imagine what’s going to happen and it will make her feel excited and turned on.

You will then most-likely get a reply with something like a winky smile 😉 or “OMG, I feel turned on” or “I can’t wait” or something along those kind of lines.

Getting Women in the Mood to Be With You Sexually

The most important part of getting a woman interested in being with you sexually is triggering her feelings of sexual attraction.

You can do that by the words that you use, but you can also do it by displaying certain personality traits, behaviors and inner qualities that naturally attract and arouse women.

For example: Confidence, charisma, masculinity (how you think, feel, behave, talk, take action) that makes her feel girly around you, humor, etc.

The better you get at displaying attractive traits, the more attractive you will be to women and the more they will want to have sex with you.

Why Do Women Hate Me? 5 Possible Reasons Why

Why Do Women Play Mind Games With Men?