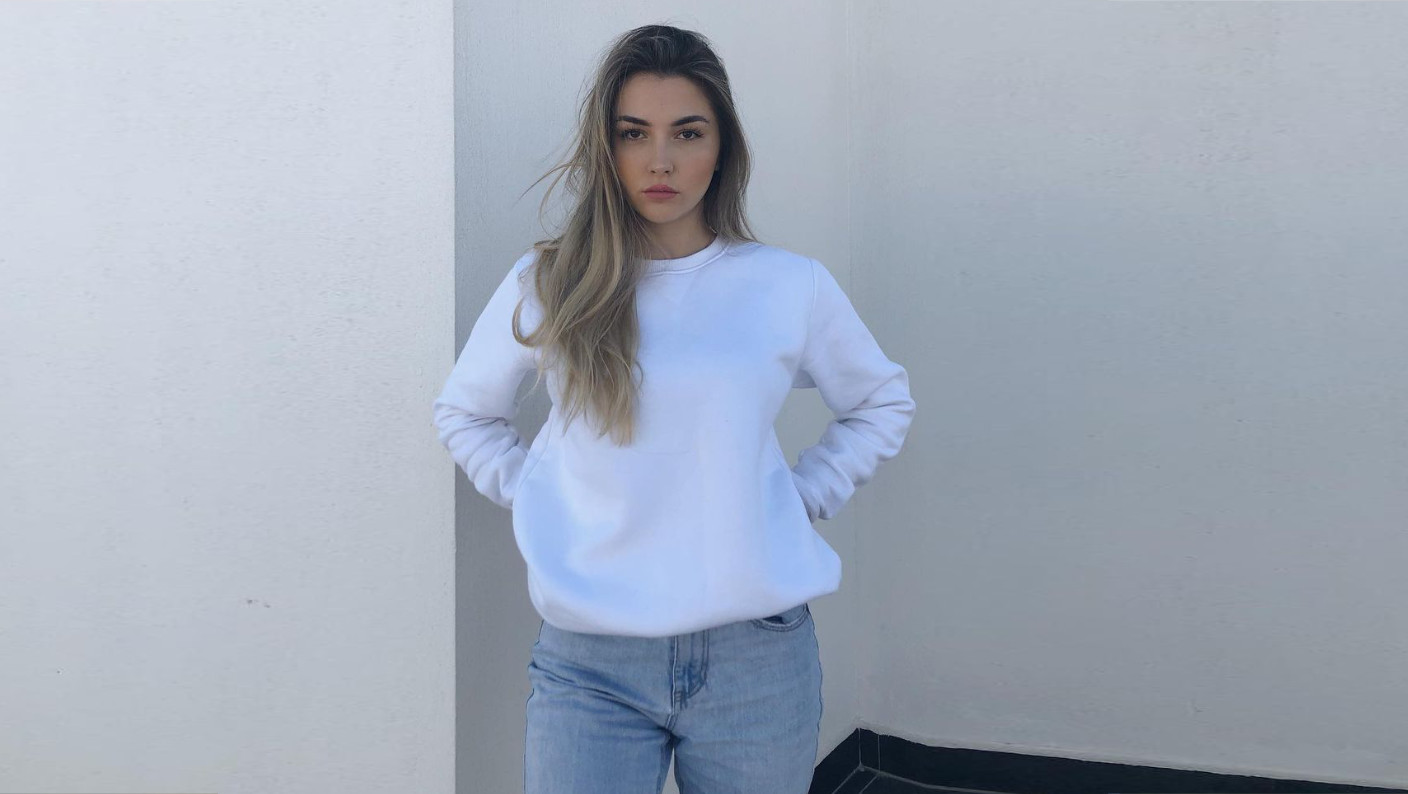 Should I Show Up at My Ex’s House? 11 Possible Reactions From Her if You Do

Many couples have gotten back together, due to the courage that a man had to show up to his ex girlfriend’s house and work things out.

Yet, it doesn’t always work out that way.

Here are 11 possible reactions that you might get from your ex if you show up at her house:

1. She is happy that you had the courage to come over and talk things through

If a woman breaks up with a guy, it doesn’t always mean that she’s not open to working things out with him.

So, in some cases, if an ex guy shows up at her house, she will not only see it as a sign that he’s man enough to take the lead and fix things between them, but he also cares enough to want to get her back.

If you think your ex will feel that way, then she will be pleased to see you.

Of course, she might not want to show you that she’s pleased to see you.

Instead, if she’s like a lot of women, she will act surprised and possibly a little disturbed and say, “What are you doing here?”

If she reacts in that way, don’t worry about it.

Just remain confident, relaxed and easygoing and let her know that you thought you’d pop by as a friend to say hi and see how she is doing.

If she secretly is happy to see you, she will likely invite you in for a coffee or a chat.

If she doesn’t invite you in, just remain confident and use some humor to break her out of her shell and help get rid of any awkward tension between you and her.

For example: You might laugh and say, “Well, don’t just leave me standing here. Invite me in for a cup of coffee” if you want to be assertive, in a loving, easygoing way.

Alternatively, just interact with her a little more, so she can pick up on the changes you’ve made since the break up (e.g. you’re much more confident now, are more manly in your behavior and conversation style, are able to flirt with her and create new sexual sparks between you and her and so on).

She will then begin to feel glad that you had the courage to come by because she will now be feeling a renewed sense of respect and attraction for you.

Then, if she still doesn’t seem to want to invite you in, you can say, “Alright, well I hope you’re doing well and if you want to say hi as a friend, don’t be afraid to send me a text or something. See ya later” and walk away.

She will then realize that her feelings for you are back and will begin to consider giving you another chance.

2. She is annoyed that you have turned up to her house uninvited

3. She closes up emotionally because she doesn’t want to show any sign that you are welcome to come in and chat

Say may worry that if she seems happy to see you, it could cause you to assume that you don’t really have to change or improve much to get her back, because she’s already interested.

4. She doesn’t open the door and tells you to go away

If that happens, the important thing is not to start begging, pleading or raising your voice to her and saying, “Give me a chance to talk to you! Don’t be like this.”

If you react in that way, she can perceive you as being desperate, or as not respecting her wants (i.e. she’s currently not attracted to you, or interested).

So, if she doesn’t open the door and says, “Go away” just say, “Okay” and walk away.

She will then see that you weren’t being desperate, or overly pushy and will begin to feel a bit guilty for being so hard on you.

She will then be more likely to respond to you, if you text her, or answer your call if you call her that night, or the next day.

In some cases, a woman might even text to say, “What do you want? Why did you come to my house?” as a way of starting an interaction with you. 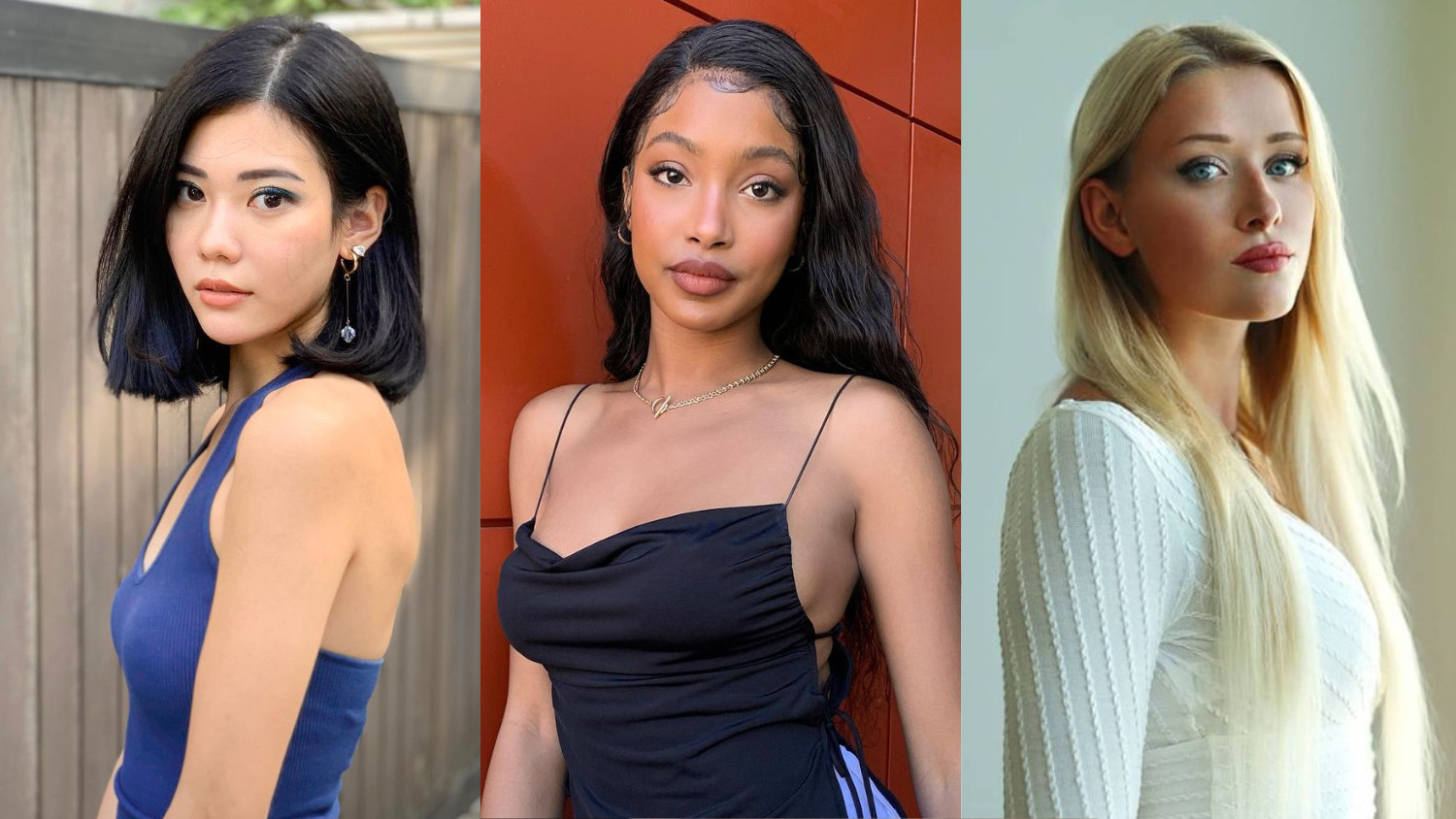 6. She is there with another guy and you and him end up getting into an argument, heated altercation or fight

If your ex is there with another guy, it’s best to not cause a scene, seem upset or lose confidence.

Just remain calm, confident and relaxed no matter what he or your ex says and then say goodbye in a confident manner.

If you end up getting into an argument, fight or altercation with him, or her over him being there, it can make her feel like you’re interfering in her independent life without you.

In other words, you’re getting in the way of her moving on and are behaving like you and her are together, when you’re not.

7. She pretends not to be home and waits for you to go away

She might also turn her phone off, or just not answer it if you call.

In a case like that, the best approach is to go away and then send her a text later on.

Say something like, “Hey, I hope you’re well. I stopped by to say hi as a friend today, but it seems like you weren’t home and you also weren’t answering your phone. I just have something quick I want to ask you, so I’ll give you a call in a couple of days and see if I can get hold of you. It’s nothing serious, so don’t worry.”

If she’s like most women she will likely be curious and text you to ask you what you want.

Whatever you do, don’t respond to her via text.

Instead, call her (audio or video call), so you can more easily re-attract her by letting her experience the new and improved you (e.g. you’re much more confident now, more manly in the way you speak, more able to flirt with her and create new sparks of attraction).

BTW: The ‘something quick’ you wanted to ask her, is to catch up as friends to say hi.

If she says no, just say that you are only asking for that and after meeting up, if she never wants to speak to you again, you promise to never contact her ever again.

That way, she is much more likely to agree to the meet up, in order to get rid of you.

However, at the meet up, you will re-attract her and reawaken her feelings, so she then won’t want to get rid of you.

She will feel drawn to you in new and exciting ways, based on the improvements you’ve made since the breakup and how you can now make her feel.

On the other hand, another possible reaction if you show up at your ex’s house is…

8. She threatens to call the police if you don’t go away

A woman might overreact and say that, but not mean, or mean it because her ex has done other things that have caused her to feel annoyed or threatened and she has now had enough.

So, him showing up at her house can scare her and result in her threatening to call the police.

In a case like that, it’s best to just accept her decision and walk away.

Of course, that doesn’t mean you have to give up on getting her back.

If you want her back, you need to use a different approach that is not threatening, annoying or unattractive to her.

9. She has family or friends there who tell you to leave her alone

If the breakup was hard on her, or if she seems upset by you showing up at her house, her family or friends will naturally want to protect her by telling you to leave.

It’s important not to create a scene and convince her and her friends and family that breaking up with you was the right decision.

So, just walk away and use a different approach to getting her back, which doesn’t involve showing up uninvited (e.g. at her work, places she goes) and scaring her away even further.

10. She has family or friends there who encourage her to go outside and talk to you

Your ex might be struggling to get over you and be regretting her decision to break up.

As a result, she might regularly talk about you, the relationship and how she’s feeling with her family or friends.

If they know that she misses you and that there’s a chance the two of you could work things out, they might encourage her to talk to you.

11. She opens the door, but says that she doesn’t want to talk to you, or there’s nothing more to discuss

In most cases, a woman won’t make it easy for an ex to get her back immediately.

What makes her want you back is when you attract her in new and exciting ways as you interact with her, so she realizes that her feelings aren’t dead.

She then feels compelled to open up and talk to you further.

On the other hand, if you show up and just have a friendly, neutral or nice conversation, she will almost certainly want to reject you and continue moving on.

So, don’t just show up at her house without first preparing to re-attract her.