There are several reasons why you would be texting your ex girlfriend, but the most likely reason is usually because you still have feelings for her and you want to get back together with her.

Other reasons may include:

However, the main reason will usually be because you want her back, and you’re not sure how to go about contacting her to see if she’ll be willing to give you another chance.

Getting Your Ex Girlfriend Back is Easier Than You Think

Has there ever been a time in the past where you hated a person and felt that you would never want to be friends with them? Yet, when they changed their behavior and communication style towards you, you discovered that your feelings towards them also changed and you ended up becoming friends.

This is actually quite natural and it happens to a lot of people at some point in their life.

In the same way, when you change the way you’ve been communicating with your ex, and you begin saying and doing things that make her feel respect and attraction for you again, she will naturally start feeling differently too.

At the moment, your ex girlfriend may not feel like she wants to be with you, but her emotions definitely can change.

However, how quickly that is going to happen depends on how quickly you can make her feel renewed respect and attraction for you as a man, and that all depends on how you go about approaching her and making her feel open to the idea of being with you again.

What Texting Your Ex Girlfriend Can and Cannot Do 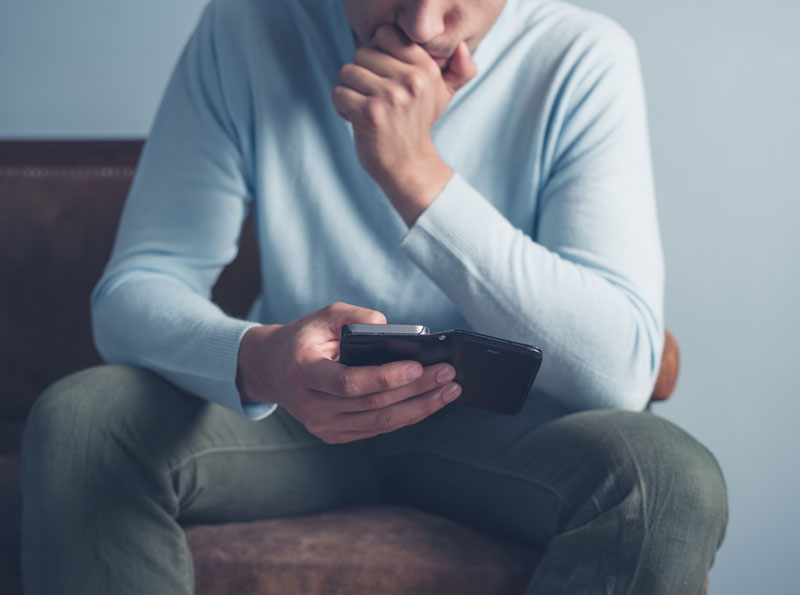 If you’re considering texting your ex girlfriend, don’t do anything until you’re clear on what texting can and cannot do for you.

Can I text my ex girlfriend to get her back?

The simple answer is “No.”

One of the main reasons is because she can’t see you or hear your voice, so, she has to guess at the reason why you’re really texting her and the emotional state you’re really in.

For example: Supposing one of the reasons that caused a man and a woman to break up was because he was being clingy and needy in the relationship, if then he sends her a text message, how do you think she will react?

She’s naturally going to assume that he’s just being clingy and needy all over again.

Even if all he’s saying in his message is, “Hi. I just wanted to see how you’re doing,” because she can’t see his behavior and body language, and because she can’t hear the tonality of his voice, in most cases, she’s likely going to be thinking, “Oh! Here we go again. My ex is just being his clingy, needy self. Why can’t he just leave me alone?”

The fact is, a text message cannot bring across to her that he has changed, and that she will actually be doing herself a favor by getting back together with him.

When reading a text message, your ex girlfriend cannot see what emotional state you’re in. So, depending on how badly things ended between you and her, she will be thinking a range of things ranging from a neutral, “Oh, it’s my ex. I wonder what he wants?” to a more negative, “Oh, it’s him! I wish he’d leave me alone,” or “Why does he keep texting me, can’t he just get the message that it’s over between us and just move on with his life?”

In the same way, texting your ex girlfriend will do nothing to change the way she perceived you and felt about you when the two of you broke up, because she’ll just assume that you’re simply saying what you think she wants you to say.

She’ll conclude that, because she can’t see you, you can say anything, because she will not be able to determine whether you’re actually being sincere or if you’re just putting on an act to get her back.

So, if you want to text your ex girlfriend, do it only as a way of getting her to talk to you on the phone.

When talking to her on the phone, not only can you make her feel understood by apologizing for your part in the break up, she’ll also have the opportunity to hear your confidence and experience the changes you’ve made to yourself since the break up, in the way that you’re talking to her.

Just because you can’t text an ex girlfriend back, it doesn’t mean ignoring her is a better option.

Although you might have read somewhere that using the No Contact Rule is a good way to make an ex girlfriend realize that she simply can’t live without you in her life, in most cases, this plan backfires.

When a woman has broken up with a guy and then doesn’t hear from him for a long period of time, rather than sit around pining for him, she has the opportunity to get on with her life.

In many cases, a woman who has been “ignored” by her ex is usually dating and having sex with other guys by the time he gets around to contacting her again to see if she wants to get back together with him.

Of course, the “No Contact Rule” does work sometimes. However, if a woman does contact her ex and discovers that he still has the same issues and problems that lead to their break up in the first place, then she isn’t going to be interested in getting back together with him.

In most cases, when a woman calls an ex after he’s been ignoring her for a long time, it’s because she wants to check if he’s moved on, or if he’s still missing her and lonely without her.

If, when she calls he then says something like, “Oh, I’m so glad you called. I’ve been missing you so much! Can we please work things out? Can you give me another chance?” she’ll know that his silence was all an act, and she will feel good about having moved on with her life.

What you need to know, is that you don’t have to use “tricks” to get your ex girlfriend back. You can actively make her feel differently about being with you again right away.

Should I apologize to her via text?

The truth is, an apology is always best when you are face-to-face with the other person.

Typing, “I’m sorry. I’ll change, I promise. Just give me another chance,” is easy, but it doesn’t mean you mean it, and for the same reasons mentioned above, because she cannot see your body language or hear your tonality, chances are she simply won’t believe you’re being sincere.

Additionally, most relationships don’t break up because of something only one person did. So, unless a guy cheated, apologizing over and over again without fully understanding what caused his ex girlfriend to break up with him, only puts him in a weakened position with her; which most women find unattractive.

If your ex girlfriend cannot respect you and look up to you, she won’t be able to feel sexually attracted to you, and without respect and attraction she won’t be interested in getting back together again.

Only Text Her to Arrange a Meet Up

As tempting as the idea might sound to you, texting your ex girlfriend to resolve the issues in your relationship is not the best way to go about making her feel a renewed sense or respect and attraction for you.

Rather than waste time texting back and forth and still end up getting nowhere, just get her on the phone where you can re-spark her feelings of attraction for you and get her to agree to a meet up.

Until your ex girlfriend can feel respect and attraction for you as a man, she will be happy staying in the realm of “ex.”

On the other hand, if when you talk to her she can sense that you have changed (because she can hear it in your voice), she will be willing to meet up with you to see for herself if her instincts about you are right.

Then when you meet in person, you can make her feel attracted to you in new and exciting ways, like by being more confident and charming, by making her laugh, by showing her that you’ve got focus and direction in your life, etc.

When she sees for herself that you have the qualities she is looking for in a man, she will naturally feel drawn to you and that’s where things will change between you and her for the better.

So, if you’re still thinking that the best way you can get your ex girlfriend back is via text; stop doing that. Just pick up the phone and call her.

Winning Back Your Ex: What You Need to Say and Do

My Wife Left Me For Another Man