What a woman really wants to do when she’s in a relationship with a man is to be a good girl for him.

Some women start off being that good girl for a man when the man and woman first begin dating (e.g. she’s nice, sweet and affectionate and attentive towards him).

Yet, somewhere along the line, the good girl switch flicks off and she turns into a bit of a bitch, or she starts becoming very moody and withdraws her affection. She loses interest in having sex.

She throws tantrums and seems to want to get everything her way. 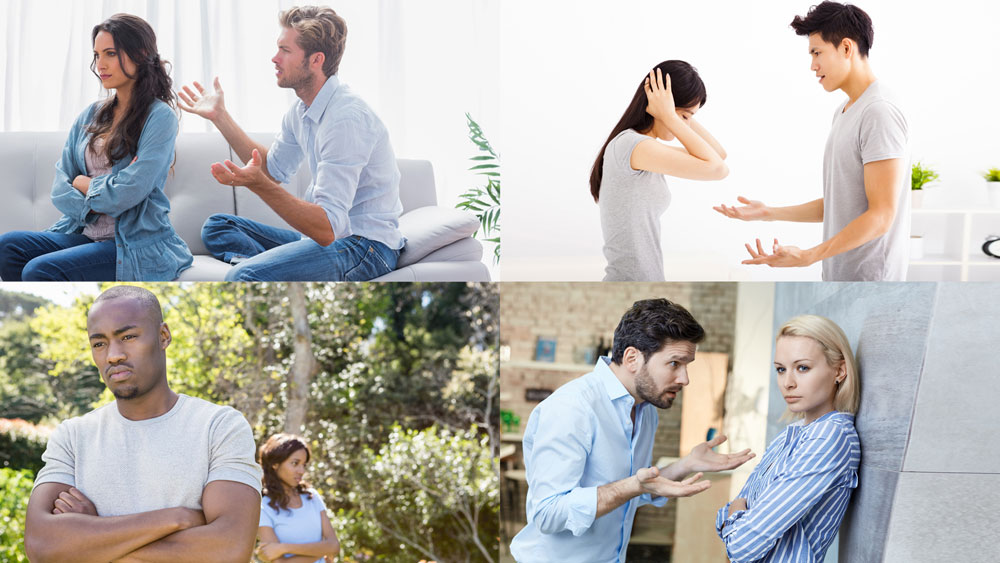 The thing is though, she doesn’t actually want that to happen.

What she wants is to be a good girl for her man.

She wants to be able to cuddle into his arm and look at him with loving eyes and be sweet and affectionate towards him.

She wants to have the relationship dynamic where she enjoys getting down on her knees and sucking him off.

She enjoys asking something like, “Honey, do you want a coffee?” and she goes and makes a coffee for him and brings it back like a good girl.

He then gives her a spank on the butt and she sits next to him on the couch and cuddles into him.

She wants to be a good girl for him.

Yet, you won’t often get women going around admitting that in public.

These days, a lot of women are embarrassed about wanting to be girly and feminine.

There are so many so-called strong women being role models in the media and saying that you’ve got to be strong, be like a man and essentially telling her not to be girly and feminine.

Yet, when you look at women who are the happiest in their relationship with a man, what’s their behavior like?

She cuddles into his arms, she looks at him with loving eyes and she’s a good girl to him.

She treats him well, she enjoys being affectionate with him and she enjoys doing nice things for him.

That’s what a woman really wants.

A woman is at her happiest in a relationship when she’s with a man who flicks that good girl switch on and keeps it on.

For example: He becomes insecure, gives her too much power, can’t handle her tests of his confidence or he just doesn’t know how to maintain her respect and attraction for him, so the good girl switch goes off.

She turns into what he might refer to as a bitch, a pain in the butt, a moody woman, an annoying woman, a woman who is treating him badly.

Yet, what he doesn’t realize is that she doesn’t actually want to be doing that.

She wants him to bring out that good girl side of her and she’s waiting for him to do that.

If he doesn’t do it, she’s disappointed.

She’s in a relationship with a man who she’s treating badly and she doesn’t really respect and feel attracted to anymore.

She doesn’t have that feeling where she wants to be good to him.

Yet, that feeling is gone.

She doesn’t want it to be gone, but it’s gone because that good girl switch has been flicked off.

If a woman is in a relationship with a man who is not bringing her good side out, she will eventually start to want to leave the relationship.

She might cheat on him and then dump him, or just break up with him and try to find a new guy.

Yet, what often happens for women is that they find a new guy and he’s able to bring that good girl side of her out at the start, but then he loses his way.

He basically makes the same mistakes as the other guy!

This is one of the reasons why rebound relationships fail so often.

What happens is that a woman breaks up with a guy who isn’t bringing that good girl side of her out and she gets into a new relationship and the guy brings that side of her out, but then he starts becoming insecure.

She then starts to change and she becomes a little bit bitchy or moody or selfish or demanding.

If the guy doesn’t know how to flick her good girl switch back on, she just gets worse and the relationship gets worse, then they break up.

The thing is, women don’t actually want that to happen.

A woman doesn’t want to have to go through break up after break up and have to tell her family and friends, “Yeah. I’m single again,” and be one of those women who can’t get a relationship to work.

She doesn’t want to be one of those women who are unlucky in love.

She wants a man who makes her feel like she wants to be a good woman for him.

He flicks that switch on in her mind and she actually gets pleasure and happiness out of being a good woman for him. It actually makes her happy to be good to him.

That is what most women really want.

I say most women, not all. Most women want to be a good woman for their man.

It actually makes them happy when the man is able to flick that good girl switch in her mind and she gets pleasure out of being a good woman for him.

When you see couples where the woman is cuddling into the man’s arm and she’s looking at him, she loves him and is attentive towards him and affectionate, you’ll realize that the guy is doing it right.

He has flicked that switch in his woman’s mind and he’s kept it on.

Yet, when you see a guy in a relationship with a woman and she’s being bitchy and selfish towards him, she’s not affectionate, she expects so much from him and gives so little, you’ll see that good girl switch has been flicked off and she’s unhappy. 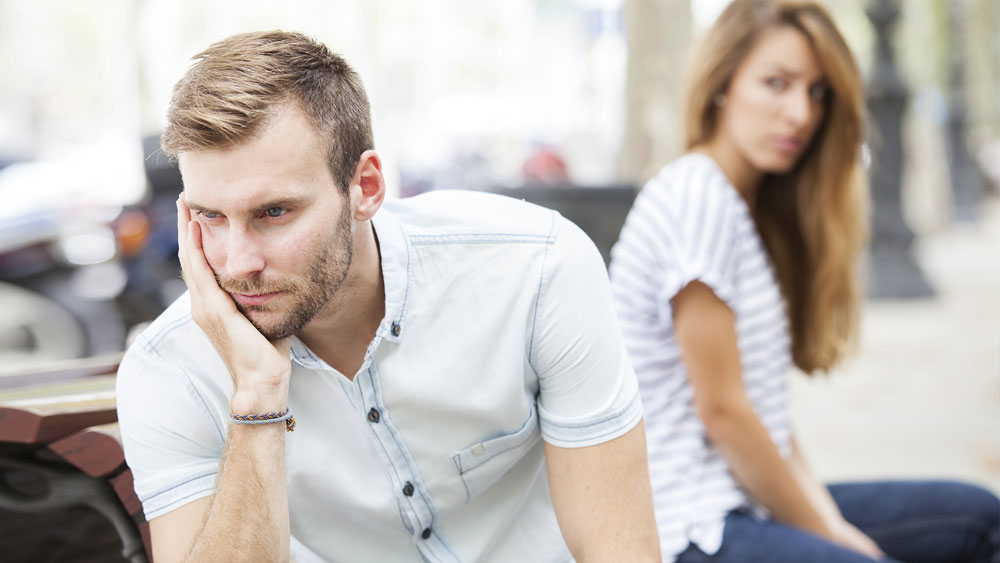 She doesn’t actually want to be like that and if he doesn’t flick that good girl switch back on, he’s headed for getting cheated on, broken up with, or divorced.

Then she goes and tries to find herself another guy.

Often, she’s unlucky. She finds another guy who’s able to make her feel like that at the start, but then he screws it up and she turns into the woman who isn’t affectionate anymore, who’s being a pain in the butt, who’s being moody all the time and essentially wants everything her way otherwise, she throws a tantrum or threatens to break up with him. 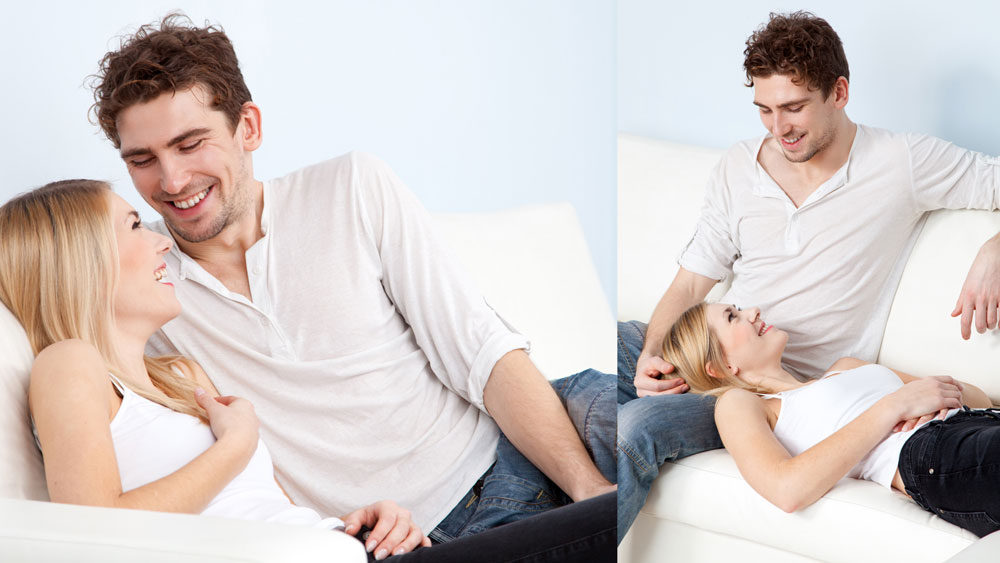 I hope you’ve enjoyed this video and article.

If you’d like to learn more, I recommend that you watch or listen to my program, Make Her Love You for Life.

When you watch or listen to the program, you’ll learn exactly what to say and do to make your woman respect you, feel sexually attracted to you and be totally in love with you for life.

When you use the techniques from Make Her Love You for Life, a woman is affectionate, she’s nice to you and it makes her happy to do good things for you.

You flick that good girl switch on in her mind and she only wants to be with you.

Nothing makes her happier than being in love with you, being good to you and enjoying her life with you.

What you need to understand is that women actually want it that way!

A woman wants a man to bring that good girl side of her out.

That makes her happy and it makes you happy.

The Fear of Losing Your Woman