How to Tell if a Woman is Attracted to You

Even if a woman is very attracted to you, she will almost always wait for you to make the first move.

Rather than saying that she likes you, asking you out or attempting to kiss you, she will give you signs that she is attracted and hope that you have the confidence to do something about it. 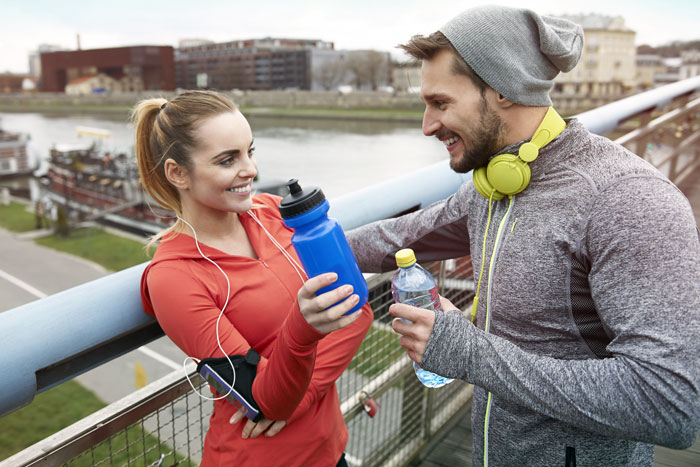 To a woman, these are pretty obvious signals that show her attraction and interest in you, but for a guy who isn’t very sure of himself around women, he will either not notice the signals or misinterpret them as her just being friendly or playful.

As a man, you need to accept your role as the one who has to make a move. It’s not a woman’s role to have to lead you as a man. If you don’t have the confidence to lead the way when you meet a woman you like, then most women will simply walk away from the opportunity.

Watch this video to understand why many women would rather miss out on being with you, rather than have to lead you…

Whatever you do, just don’t ever expect that a woman will suddenly want to “be your man” and guide you through a sexual courtship and into a relationship with her.

A woman wants to meet a guy who has the confidence to take on that role for her. That way, she can relax into your masculine direction and feel as though she is being swept off her feet by a masculine man.

When a woman is attracted to a guy who isn’t making a move, she will usually give him all sorts of signals in the hope that he will get the message and take a risk to move things forward between them.

Do you know how to make a woman feel so much attraction for you that she starts giving you obvious signals of interest? Watch this video to find out… 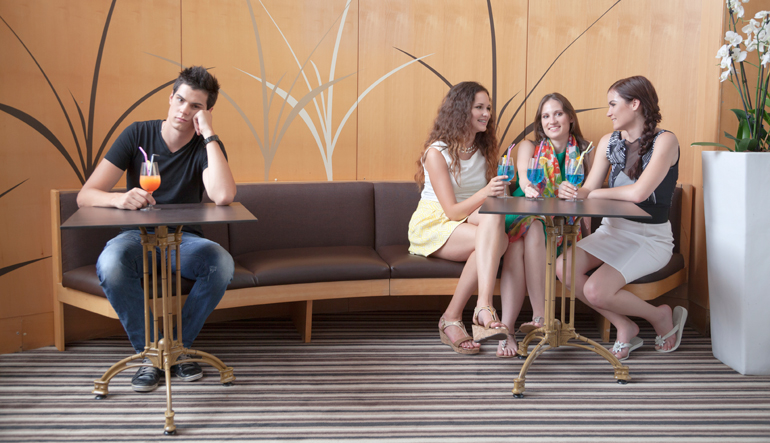 Imagine that you’re at a bar right now and you suddenly see a beautiful woman who you’d love to meet.

She’s sitting nearby you with her girlfriend and you notice that she keeps looking over at you. The next time she looks your way, you quickly turn around and make eye contact with her. She smiles and then looks away immediately.

You say to yourself, “She keeps looking over…and she smiled. Does that mean she likes me? Maybe she’s just in a good mood. What if I approach and she says that she has a boyfriend?”

So, you decide not to approach her because you’re not 100% absolutely sure that she’s actually attracted to you or interested in meeting you. After all, she’s beautiful, so you might also be thinking to yourself, “Why would a woman like her be interested in a guy like me anyway?”

If you’ve ever had an experience similar to that, don’t worry – it’s very common.

Most men make the mistake of thinking way too much about approaching women, instead of actually approaching and then triggering her feelings of attraction.

If you’re not sure whether or not a woman is attracted to you, then simply start an interaction with her and trigger her feelings of attraction for you. She will then be attracted. Don’t sit around wondering if she is attracted enough yet; just get in front of her and make her attracted to you.

If She Feels Your Confidence, She Will Feel Attracted to You

The number one thing that women are attracted to in a man is his confidence.

When a guy walks over to talk a woman, the best way for her to find out if he is truly confident is to be a bit challenging to talk to. She will play hard to get and not contribute much to the conversation to see how he reacts.

If she notices that he squirms and becomes nervous and anxious under the pressure, she knows that he lacks the all important self-confidence that she is looking for in a man. However, if he remains calm, confident and easy-going, she will naturally feel attraction for his confidence and open herself up to the situation.

Most guys around the world see a woman’s initial challenging behavior as a rejection, so they walk away with their tail between their legs, so to speak.

Yet, if the guy had just waited a bit longer to give her a chance to feel his confidence, she would have opened herself up and shown the easy-going and down to earth side of herself that she usually only shows to men whom she’s attracted to.

One of the best ways to deal with women who are playing hard to get, is to be a bit of a challenge yourself. Here’s why…

Being a challenge isn’t about putting on an act. Instead, it’s about having real standards about what you will and will not accept in a woman.

The way that I approach it is that I make a woman feel intense attraction for me and I then only allow her to have a chance to be with me if she plays her cards right. If she doesn’t think, behave and act in the ways I like, I simply begin to lose interest and she then tries to adapt and change in the moment to suit me.

If She’s Attracted, Begin to Develop a Unique Connection With Her

Sometimes, you can have sex with a new woman you’ve met purely on mutual attraction, but in most cases, a woman will also require that you and her actually share a connection first.

Many guys feel as though they can go to the gym and pump up their muscles or wear a nice shirt and cologne to attract women and then “the job is done.” The woman will see his big muscles or say, “Wow, nice shirt” and then they’ll fall in love and live happily ever after.

It sounds comical that guys would think that way, but a lot of guys actually go out to meet women and believe that a woman will like them over superficial things such as his hairstyle, shirt, cologne or muscles.

What women are really attracted to in a man is his confidence, social intelligence and masculinity. If you display those traits to women, they can’t help but feel a natural attraction for you.

Once a woman is attracted, you then need to develop a real connection with her and then escalate to kissing, sex and guide her into a relationship. It’s very easy to do as long as you start out by making the woman feel a lot of attraction for you in the beginning.

Even if a woman is attracted to you and is enjoying an amazing connection with you, she will almost always still wait for you to make a move.

To get to the next level and begin a relationship or to have sex with a woman, you must believe in yourself and show her that you’re confident enough to get her phone number, set up a time to meet, escalate things to sex or begin a dating relationship.

When a woman is attracted and interested in you, she will rarely reject your advances to move things forward to another level. Don’t sit around wondering if you should make a move. Just remember to be the man and confidently guide both you and her to the next level.

How to Be a Real Man

Finding Your Life Purpose and Making it Happen