After learning of The Modern Man through the grapevine, Channel Nine’s A Current Affair called with a challenge: Give three guys a crash on approaching women, live on camera. The catch? The Modern Man would only have ONE hour to coach the brave volunteers. Challenge accepted! After only one hour of coaching from Dan, Ben and Stu at a local restaurant, the guys began approaching women at a nearby nightclub.

Dan Bacon (lead dating coach and spokesperson for The Modern Man) appeared on The Morning Show on Channel 7, Australia. He spoke about how many modern men are afraid to approach women because they have seen women (in movies and on TV) reject and humiliate the men who approach them. In many Hollywood “comedy” movies, there will be a loveable loser type of character who gets slapped for approaching a woman or showing interest in her. If he happens to look at her cleavage, she will usually tip a drink over his head or say, “My eyes are up here!” in an angry way. After this sort of behavior from women over and over again on TV and in movies, many men begin to believe that women will behave that way in real life.

What many men don’t realize is that the meanbehavior of women on TV is for entertainment purposes, not education purposes. Many guys assume that women don’t want to be approached, will get offended easily if the guy doesn’t stick to polite conversation or will loudly embarrass him in front of everyone if steps out of line. Part of The Modern Man’s mission is to help show men that women are actually nice, loving and respectful to men who deserve that respect.

Dan, Ben and Stu from The Modern Man appeared on Singles TV to chat about the modern dating scene. They also spent 1-hour coaching a shy guy named Brent, before he tried out his new conversation skills on women at a nearby bar.

The “Good News Week” discussed the results of a survey carried out by The Modern Man. The survey, which included more than 42,000 men from over 20 countries, found that men felt that women didn’t like being approached in bars or clubs.

Dan was contacted and asked to give his opinion on a new dating survey, which suggested that women prefer bad boys. While Dan agreed that bad boys do attract women, he disagreed with the recommendations of the study, which suggested that to be successful with women, men needed to be deceitful and selfish like a bad boy.

After hearing about how The Modern Man had been coaching men to success with women, reporter Stuart Sherwin wanted to see what all the fuss was about. Stuart was initially a little skeptical and asked if he could speak to a recent client who had been coached by us. The client (who used a different name for the article) happily agreed to a phone interview with Stuart. Click on the button above to view the article and find out what Stuart uncovered. 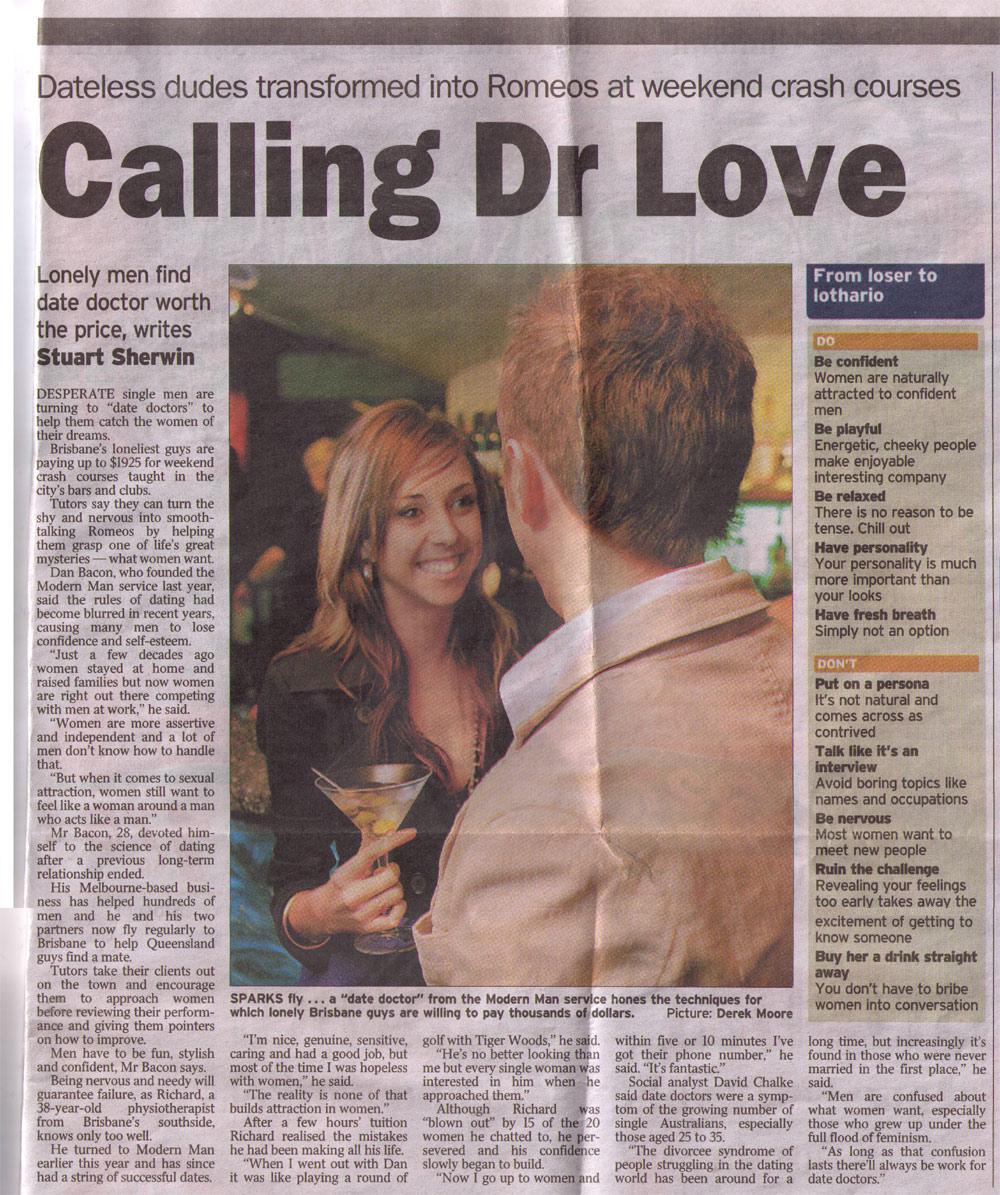 Dan Bacon in the Courier Mail

Dan provided tips and advice for the readers of Penthouse magazine. 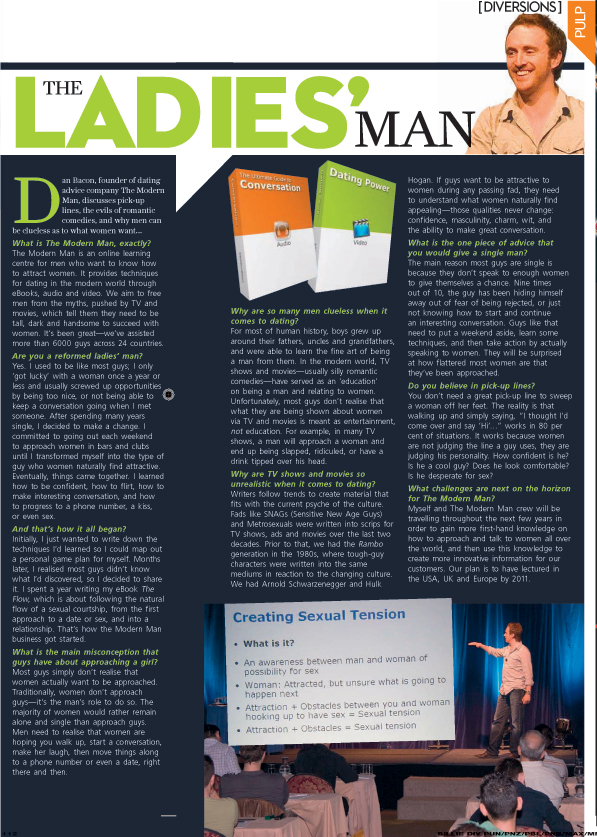 In this article, Dan Bacon was interviewed by Laura Stead from Image Magazine. When she met with Dan in person, Laura asked why men were finding it so hard to meet and attract women these days. 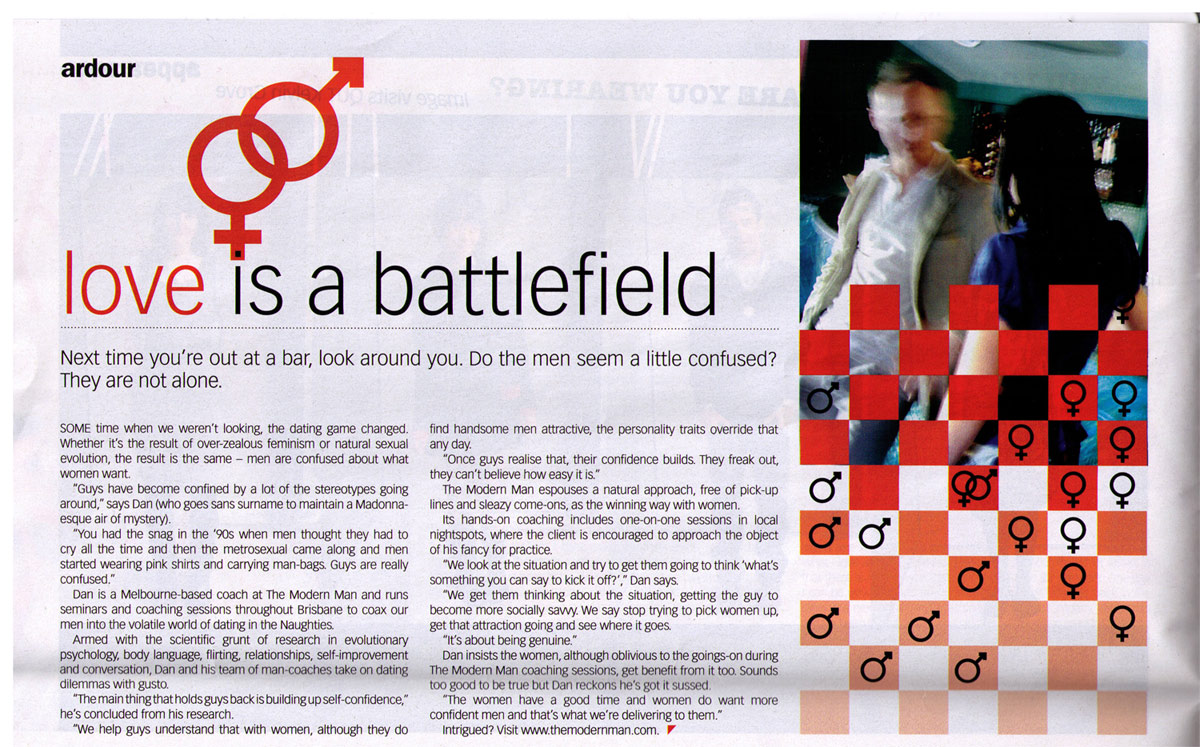 Dan provided tips and advice for the readers of Jetstar’s in-flight magazine. 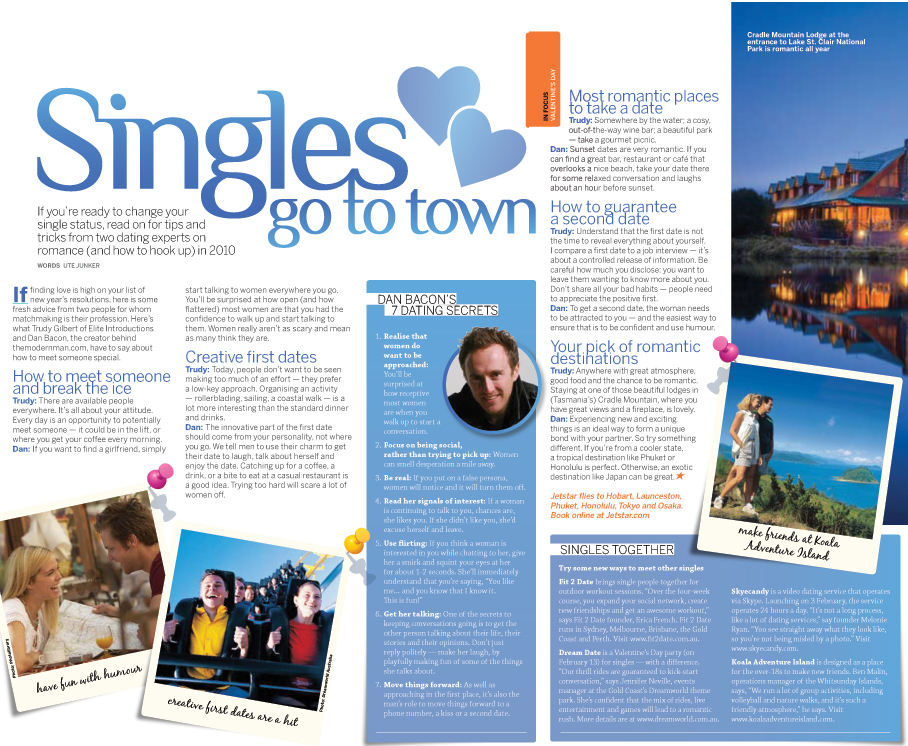