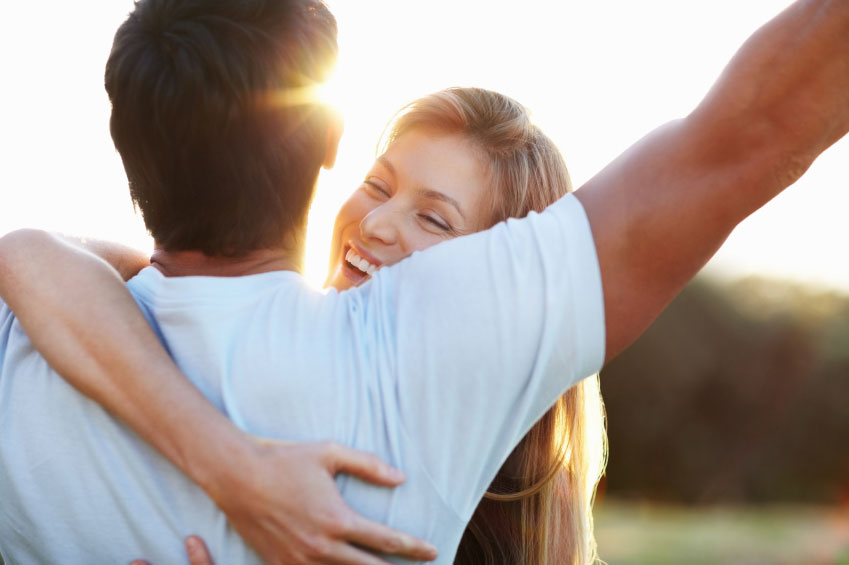 How to Know if Your Ex Wants You Back

How can you know for sure if your ex wants you back?

You can’t know for sure, but you should use any signal that she gives to then feel confident enough to text her and then call her to and arrange a time to catch up.

If your ex isn’t giving you any signals, don’t waste time hoping that she suddenly shows interest.

Instead, focus on making her want you back by beginning to say and do the types of things that will make her experience a renewed sense of respect and attraction for you.

A woman won’t always make it obvious when she wants her ex guy back, especially when she’s unsure whether or not she should move on and find another guy.

In most cases, a woman will simply wait to see if her ex can do what it takes to get her to forgive him and want to be with him again.

In some cases, a woman will come right out and say that she wants to get back together. However, that obviously hasn’t happened for you otherwise you wouldn’t be reading this article right now.

Regardless of how bad you may think your break up was and how difficult it might seem to get her back, I want to know a very important fact about modern relationships…

In Today’s World, it is Normal For Couples to Get Back Together After a Break Up

Based on many changes that have occurred to our society in the last 30 years, it has become normal for couples to get back together after a break up or series of break ups.

A lot of this has to do with the ease of communication (e.g. via phone, text, e-mail, Facebook, etc) and that it’s no longer shameful to have many relationships throughout life, before settling down.

A lot of guys who seek help for getting an ex back feel as though they have truly messed up and will never be able to get their ex back.

Yet, the fact is that relationships get back together all the time all over the world. It’s so common in today’s world that about 80% of couples will go through a break up of some sort throughout their relationship.

Some couples will break up and get back together several times, before eventually deciding to call it quits. However, if the guy just knew what he should say and do, he would get another chance with her.

You can make your ex want you back even if she has currently moved on or is thinking about moving on. You just need to start making her feel SOME attraction for you again.

Getting another chance usually begins with a few simple sparks of attraction and I know this from successfully helping 100s of guys to get their ex back.

Have you made any of these mistakes so far in your attempts to know if your ex wants you back?

1. Writing a letter or long e-mail to proclaim your undying love

When leaving phone messages doesn’t prompt his ex to call back, a guy will sometimes decide to pour his heart out via e-mail or letter. He wants her to realize how much he misses her and how much he wants her to take him back.

At the time, it seems like the right thing to do because he feels as though if she only knew how much he cared, she would want to give it another go. Yet, that isn’t how love and relationships work.

The long e-mail or letter doesn’t change the fact that she broke up with you for many reasons.

She knows that no matter what you say, the issues that caused her to end the relationship are still there. If you haven’t fixed those issues and shown her that you’ve truly changed, then a letter proclaiming your undying won’t have much or any effect.

When getting an ex back, saying that you WILL change is never enough. You actually have to fix your issues, improve yourself and actually make the necessary changes. In some cases, a woman will take a guy back before he’s made any changes, but she will then dump him again when she realizes her mistake.

To get her back, she has to be able to look at your behavior and listen to how you communicate with her and see that you really have changed.

Anything less than that will result in a poor success rate at getting an ex back. To ensure that you get another chance, you must fix any issues you have (e.g. insecurity, lack of purpose in life, jealousy, etc) and really improve yourself.

When a guy sends a big letter to an ex, he will often say that his life isn’t worth living without her. At the time, he feels as though it is a good move because she will feel guilty and take pity on him. Yet, it doesn’t work. Why?

A sexual, romantic relationship between a man and a woman cannot be run on pity. Some women may take pity for a little while, but it will not last for long and she will dump him again when she realizes that he hasn’t even changed.

Additionally, telling her that you are nothing without her is usually a great reason for a woman to want to move on. Women want to be with a guy who is rising through the levels of life and reaching for his true potential, not sitting around wasting time and hiding from his potential behind the safety blanket of their relationship.

2. Sending her loads of text messages, e-mails or Facebook messages

It’s understandable that most guys react to being broken up with by constantly contacting their ex girlfriend (wife or fiance).

All of sudden, he loses the woman he loves and he has access to reach out and tell her how he feels. In some cases, the woman is the mother of his children or they own a house together.

So, don’t feel bad if you’ve made the mistake (yes, it’s a big mistake) of constantly contacting her and asking for a second chance. It’s fine to contact her, but it’s how you do it that counts.

The point of sending any text to your ex girlfriend, wife or fiance should be to get her ON THE PHONE. Do not engage in back and forth texts with an ex and expect that it will get her back. Why? Texts can be easily ignored and can also be perceived in the wrong way.

When talking to you on the phone, she can hear your tone of voice and ask questions if she doesn’t understand what you mean.

However, via text, she will have to guess at what tone of voice you have (she will usually look at it in a negative way, especially if she currently doesn’t like you very much) and guess at what you really mean.

So, don’t waste your time or her time sending loads of messages. The only purpose of sending any message to an ex should be to get her on the phone. From there, you need to arrange a time to meet up with her.

If you want specific instructions on what to send to her via text, what to say on the phone and what to do at the meet up to get another chance, I recommend that you watch Get Your Ex Back: Super System.

Asking her friends if they know if your ex wants you back is okay if you all have a great relationship. However, if you aren’t close with her friends or if her friends were happy that you and your ex broke up, then it will usually be a bad idea.

If she has spoken about you in a bad light to her friends, it will be just another reason for her to roll her eyes and say, “See…that’s why I broke up with him. He’s sneaky and tries to get me to call him by bugging you guys.”

When getting an ex back, most of it comes down to what you say and do around her. If you can get that right, getting her back will be a smooth process. However, if you attempt to wing it and just say whatever comes to mind, you will likely stuff it up.

It doesn’t matter how intelligent or “cool” a guy is; when it comes to getting an ex back, he will usually make most or all of the classic mistakes and end up pushing her further away.

4. Waiting too long to make a move

If your ex gives you ANY signs that she wants you back, I strongly recommend that you take action and get her back.

You have to contact her, meet up with her and reconcile the relationship.

Don’t sit around wasting time and wondering whether or not she really wants you back, or is just messing with you.

Make her want you back by interacting with her and making her feel SOMETHING for you again.

All it usually takes is a small spark of attraction or a smile and laugh and woman will drop her guard and become open to interacting with her ex again. The guy then needs to have the confidence to call her and get her to meet up with him.

If your ex wanted you back right now, she might not have the confidence to contact you and tell you.

Sometimes, a woman will feel as though she might look weak for wanting you back, so she will simply move on unless you do something to get the relationship back together.

If you want to get your ex back, you have to start making her feel SOMETHING for you whenever you interact with her via text, on the phone or in person. You then need to be confident to lead the way, even if she doesn’t seem very keen to meet up with you or get back together.

Women like the man to be the leader of a sexual courtship and relationship and if you don’t have the confidence or knowledge to lead her back into a relationship, most women will simply move on.

Are you willing to do what it takes to get her back? Do you know how to spark her attraction for you again?

My Wife Left Me: How Do I Get Her Back?

How to Get Her Back