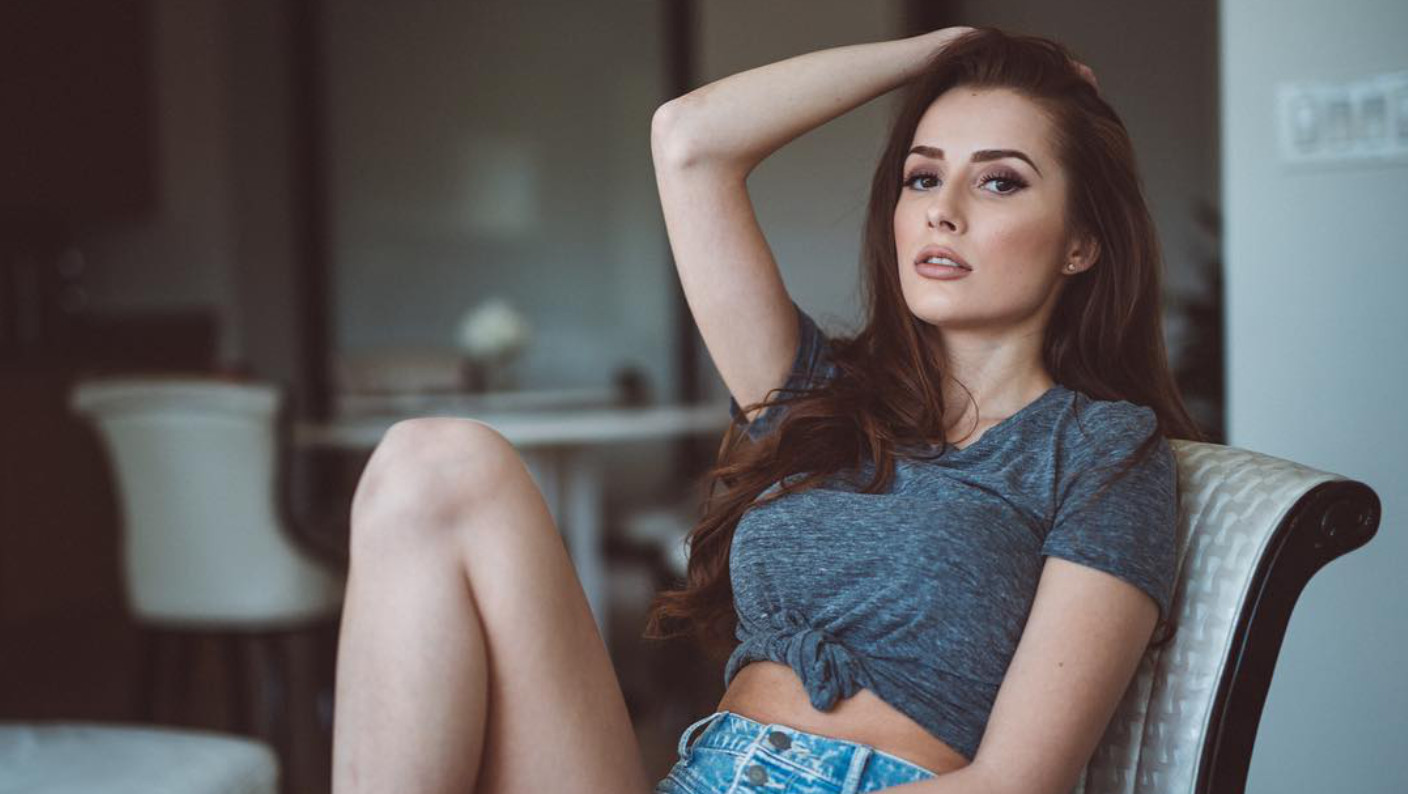 Many couples call off an engagement after an argument, or issue that comes up in the relationship.

Yet, it doesn’t always have to mean that it’s over forever.

In many cases, couples are able to reconcile and get back on track to a happy engagement, marriage and life together.

So, here are 11 tips to help you get your ex back after a cancelled engagement:

1. Understand what has been missing from the attraction experience for her

Most women want to be with a good man who is confident and believes in himself no matter how she behaves.

A man who chooses her and makes her feel feminine, girly and desired, but who also motivates her to be a good, loving woman to him, because if she isn’t he can easily replace her.

That is the kind of wholesome attraction experience that most women want in a relationship.

Yet, in most cases, what a woman ends up experiencing is the opposite of that.

For example: She might initially get a guy who appears confident, but over time, the insecurities he’s been suppressing come to the surface and he becomes needy, clingy, jealous or controlling.

Alternatively, he starts off being the more dominant one in the relationship and then gradually takes a back seat and lets her make the decisions and handle the responsibilities.

From his point of view he’s trying to make her happy (i.e. if she gets what she wants then she will be happy).

Yet, that’s not the kind of relationship dynamic that motivates a woman to respect her man.

So, if you want to get back together after calling off your engagement, you need to understand what aspect of the attraction experience was missing with your ex fiancé.

If you’re not sure how to figure that out, ask yourself…

Was my relationship missing any of the following?

If you can’t offer her the kind of attraction experience she wants in a relationship, she simply won’t feel compelled to commit to a marriage or even a relationship with you.

2. Get your life back into balance

Many women will call off an engagement with a guy who doesn’t have his life in order.

That can be different things for each couple.

For example: Some things that indicate a man’s life is out of balance can be…

Most women will only want to commit to a ready made man, or a man who can continue becoming a better man (without the need for her help, support or guidance).

So, if a guy doesn’t have his life together, he’s not going to appeal to a woman in the long term.

She might really love him and even agree to marry him, but it will eventually dawn on her that she doesn’t want to take on the responsibility for his development as a man.

3. Improve your ability to communicate effectively with her

For example: Imagine your ex disagrees with something you say or do.

Ineffective communication in a situation like that would be…

On the other hand, effective communication in a situation like that would be…

4. Know that there will be people in her life who are for and against you

Inevitably, certain friends and family members will be against you, because in their mind you already hurt her once, so what stops you from doing it again.

So, even if she’s open to interacting with you again to see what happens, it’s likely those people will actively be discouraging her from following through on that.

That can make her feel pressured to remain broken up, especially if the people who are against you are important to her (e.g. her parents, siblings or best friend).

So, you may have to overcome that.

However, not by putting your ex fiancé in the difficult position where she has to choose between them or you.

Instead, you just need to focus on re-attracting her and creating a new, happier relationship dynamic (e.g. you make her feel loved, appreciated and cherished, but also motivate her to be a good, adoring woman to you).

If her friends and family really love her they will naturally want the best for her.

So, when they see that you are now a new man and make her feel happy in a deeper, more enduring way, they will automatically stop being so resistant towards you.

Yes, some might still be cold and distant, but if you continue creating the kind of relationship that makes her happy, most people will eventually thaw and accept you again.

5. Prepare yourself for the possibility that she may play hard to get initially, even if she is interested

Some reasons why an ex fiancé might do that are because…

6. Understand that marriage isn’t just about loving each other

Marriage only works in the long run if the relationship functions properly and the couple grows and becomes stronger, closer and more committed to each other over time.

Feelings of love can temporarily increase and decrease.

For example: Love will increase when…

On the other hand, love will decrease when a man and a woman feel misunderstood, unheard or like the relationship is stuck, without the promise of a better future together.

In some cases, the love can feel like it’s gone (e.g. when a couple stops communicating, focuses more on the negatives than on the positives in the relationship).

So, if a relationship doesn’t have a solid foundation (i.e. the things that increase love) just loving the other person won’t be enough to keep it together.

Eventually, it will break apart (i.e. break up, separate, or divorce).

7. Quickly level up your ability to attract her and bring the love back

Leveling up your ability to attract her means…

Leveling up in ways that are important to her automatically gets a woman’s attention.

It makes her realize that her feelings for you aren’t dead and if she permanently walks away now, she could end up regretting it years down the line, if she couldn’t find a good enough man to settle down with and marry.

Important: Leveling up doesn’t have to take many weeks or months.

In fact, it’s a mistake to wait longer than a week to get that done and reach out to your ex fiancé.

8. Reach out to her and re-attract her

You can break the ice with her initially by sending a confident, charismatic text.

However, from there it’s important to get her on a call (audio or video) so you can begin re-sparking her sexual and romantic feelings again.

Remember: Hiding behind texts results in so many guys losing out on getting an ex girlfriend or fiancé back, because she gets bored with the endless and pointless texting back and forth.

She either stops responding or even blocks him, or she continues texting, but focuses on moving on behind his back with someone else.

So, getting to a phone call is very important.

From there, use some playful, flirty humor to make her feel attracted and think, “He sounds so different now. Maybe it wouldn’t be that bad to give him a chance,” so she wants to see you in person again.

9. Let her sense that you’re not pushing her to make any decisions

A woman will close up immediately, if she senses that you’re trying to get her to agree to a reconciliation.

The reason is she doesn’t want to be pressured into making a decision to commit to a relationship again, especially if she’s feeling little to no attraction or love for you at the moment.

Remember: Getting back into a relationship is the last step of the ex back process, not the first.

The first step is re-attraction.

You have to make her want to give you another chance for her own reasons (i.e. she feels a renewed spark of attraction).

It can’t be about you trying to get her back by pressuring her to make a decision about the relationship.

10. Allow the love to begin flowing between you and her again

The way that it works is…

When the love stops flowing, she doesn’t want to be with you anymore.

It’s pretty simple if you understand how it works.

However, the important thing to get clear on is that you as the man are the one who is in control of that flow.

So, if you want to get back together again with your fiancé, you need to make her feel sexually and romantically attracted to you again.

When you do, she naturally begins to feel like she loves you or at least can love you if she allows herself to open back up to the idea.

Then, getting back with her is a natural and easy process.

11. Reignite the physical side of your relationship, without seeking commitment from her yet

If you follow the steps outlined above, it’s very likely that your ex fiancé will start to drop her guard and open back up to you again.

You can then take things to the next level by initiating a hug, kiss and then hooking up with her sexually (after you’ve fully re-sparked her feelings of course).

When things get physical, you might be tempted to say, “That was amazing. So, we’re back together as a couple, right?”

In some cases, a woman will say, “Yes” and getting back together will happen automatically.

Yet, in other cases, asking her a question like that will cause her to play hard to get.

That can lead to hurt feelings, misunderstandings or you becoming desperate and possibly accusing her of leading you on.

That can instantly ruin the fragile feelings you’ve been rebuilding inside of her and turn her off again.

So, don’t make the mistake of pushing your ex fiancé into making a commitment right away.

If you really want her to give you another chance, just continue making her feel sexually and romantically attracted during interactions with her.

She will then likely be the one hinting at a relationship again, because it feels like the right thing for her to do.