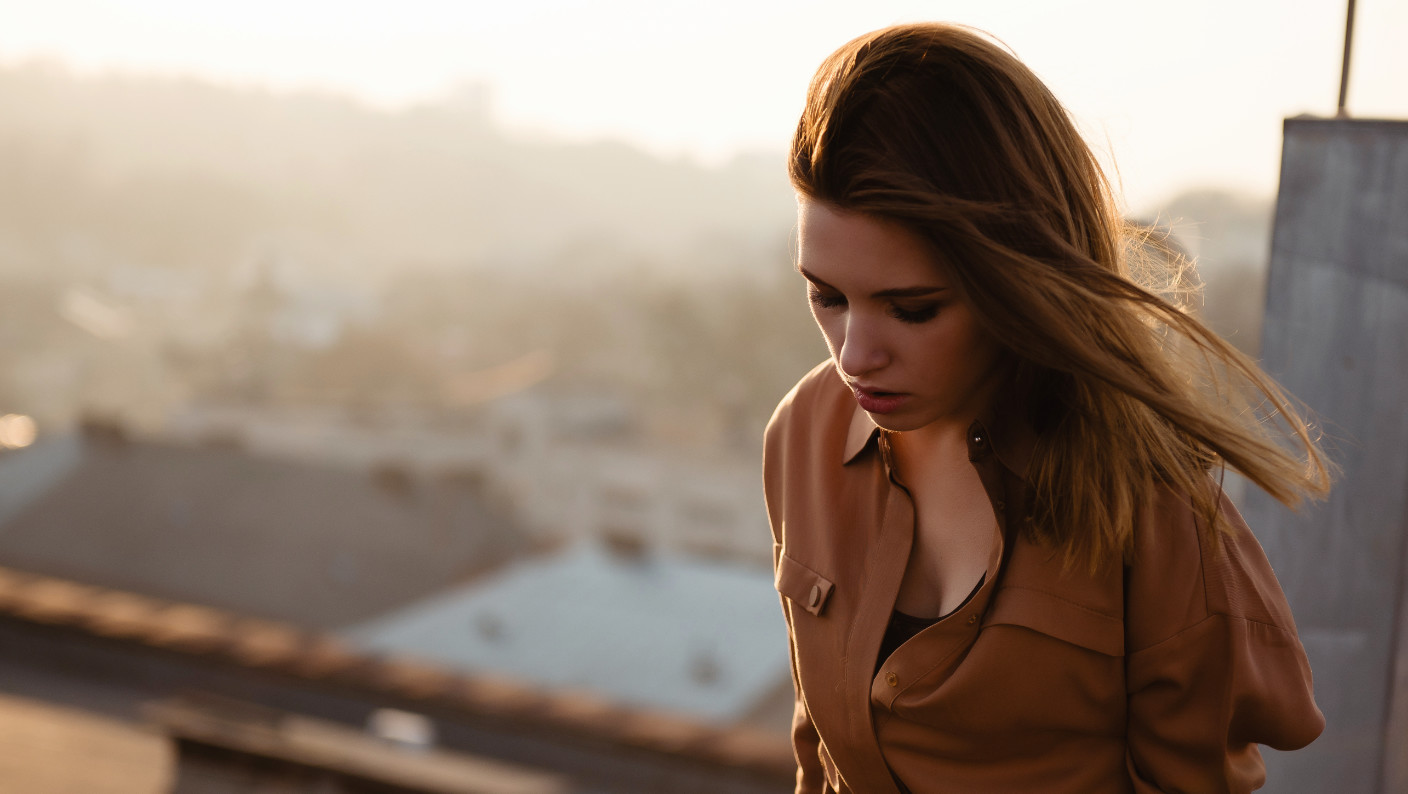 Does My Ex Feel Sorry For Me?

She might, but if she does, it’s not actually the best approach to get her back.

1. Feeling sorry for an ex man doesn’t make a woman want to be with him and stay with him, unless she is attracted to him

If a woman is very attracted to a guy, he can make a whole bunch of mistakes (e.g. appear sad, lost and a bit lonely without her) and she will often make an exception and get back with him.

She does it for herself because she is very attracted to him, not because he’s making the mistake of appearing emotionally weak, lost or lonely without her.

In all other circumstances though, making a woman pity you just doesn’t work and should be avoided at all costs.

In fact, using pity to try to keep a relationship together before a break up, or to get it back together after a break up isn’t the right strategy to use.

If your ex girlfriend had been crying and was feeling sad and depressed, would you instinctively want to have sex with her, or comfort her?

If you’re like most guys, your natural protector instincts will kick in and you’ll want to take care of her, console her, comfort her and make her feel better.

You probably wouldn’t be turned on by her depression and want to have sex with her due to feeling sorry for her, right?

What does make you want to have sex with her is a completely different thing altogether (i.e. her femininity, her radiance as a woman, her girly ways, her body, her cute expressions).

Likewise, if your ex looks at you as being a sad, lonely guy who is struggling to cope with the break up, she’s not going to feel attracted to you and want you back because of that.

Unless she is very attracted to you and is hoping to get you back, she’s not going to suddenly think, “I have to get back with him, so I can take care of him and make him feel better” because you seem sad, hurt, lost or dejected after the break up.

Instead, she will feel turned off by your inability to handle the curveball that life has thrown at you (i.e. the woman you love has broken up with you).

What you’ve got to understand is that women are attracted to the emotional strengths (e.g. confidence, self-esteem, self-assurance, assertiveness, courage) in men and turned off by emotional weaknesses (e.g. insecurity, low self-esteem, self-doubt, timidness, fear).

So, if you want your ex to feel a real, magnetic desire to get back with you, make sure that she doesn’t feel sorry for you and instead, looks up to you and respects you based on your emotional strength.

2. Feeling sorry for an ex can make a woman feel like the relationship would be too much of an emotional burden for her

If a guy behaves in ways that make his girlfriend feel more like his mother, or big sister where she essentially has to say, “It’s okay sweetie, everything is going to be okay. I’m here for you. I know things have been tough and you’re struggling to cope, but I’m going to make everything better for you. Don’t you worry about a thing anymore; I’ve got this,” then she will lose respect and attraction for him (for being so boyish or needy) and as a result, won’t feel much or any desire to want to keep a relationship going.

Being with him will feel like too much of a burden to her, because she is the one who needs to take care of him emotionally, which isn’t what a woman wants.

A woman wants to feel as though her man is emotionally strong and as a result, he is her ‘rock’ as women call it.

Essentially, that means she can always rely on him to be the strong one in the relationship and allow her to be the girl, rather than having to be such a strong, brave and fearless woman to make him feel safe.

Women don’t go around explaining this to men, but it’s just how they feel.

Women want to be with a woman who can make them feel protected, due to him being emotionally strong no matter what happens to him, them or in the world around them.

So, if your ex feels sorry for you, it’s not something that is going to make her feel like rushing back to you.

Instead, she might think, “Why should I waste my time with a guy who can’t take care of himself emotionally? He’s just so needy. I know that I can find a man who isn’t like that. I don’t have to settle for an emotional wimp. I deserve a real man.”

If she begins to have those type of thoughts, she will naturally open herself up to fating other men and trying to find herself a man who doesn’t need a pat on the head from mommy, so to speak.

This is why, it’s absolutely essential that you get your emotions under control right now and begin displaying confidence, emotional strength and emotional independence to her.

Emotional independence is about being confident, happy, secure and forward moving in life with or without her support, reassurance or presence.

On the other hand, emotional dependence is about needing her in order to feel confident, happy, secure and forward moving in life.

If your ex gets the sense that you’re emotionally dependent on her (i.e. needy), then you will feel more like a burden than a benefit to her life and as a result, she want to keep pushing you away.

There’s nothing wrong with feeling sad, dejected or even a bit lonely without your ex.

However, if you want to re-attract your ex so she wants to get back into a relationship with her, do not show her how sad, dejected, lost or lonely you are without her.

3. If she meets a new man who is confident and has high self-esteem, he will seem so much more attractive than an ex she feels sorry for

As a result, she will feel the desire to be with him sexually, or to get into a relationship with him.

He will become her new crush, or new love.

On the other hand, feeling sorry for an ex guy only makes a woman feel like patting him on the back like a lost child and saying, “There there, it’ll be okay. You’ll find someone else one day,” rather than wanting to be his girl.

It’s just not attractive for a woman to look down on a man as needing her help to feel happy, confident or whole again.

Women are naturally attracted to men who are happy, confident, fulfilled and forward moving in life, regardless of whether a woman is there by his side or not.

So, if you’ve been trying to make your ex pity you, or if you’ve been hoping that she’ll feel sorry for you and then give you another chance based on that, you need to stop using that strategy right away because it almost certainly won’t work.

Instead, use a strategy that has the highest potential to make her feel drawn to you and want you again.

That being, interact with her and make her experience new, appealing and exciting feelings of respect, attraction and love for you.

That is what makes her want you back.

You always have to remember that women want to be with men that they feel respect, attraction and love for and ask yourself, “Am I making my ex feel that way about me now?”

If you’re not, you need to start making her feel that way, so she can start feeling drawn to you again and want you back.

4. Pity isn’t the fundamental ingredient upon which a lifetime relationship is based

Pity is an emotion that comes with a burden for the other person (i.e. they feel as though they need to take care of, or show empathy towards the person they pity).

A woman will do that temporarily if she truly loves a man, but it’s not something she can sustain because it’s simply not what her attraction for a man is based on.

If a guy does create a relationship dynamic based on making her pity or guilt she will end up resenting him.

She will then become cold and unloving towards him, until she eventually decides that she doesn’t care how difficult it will be for him to cope without her and dumps him.

In the case of getting an ex back, if a woman doesn’t feel much attraction or love for ex guy, then she’s not going to drawn to the idea of having to deal with the burden of ‘taking care of’ a guy that she feels pity for.

Instead, she will see the relationship as being too difficult, or too much work and will naturally want to close herself off to it.

At the same time, she will begin opening herself up to new, sexual and relationships experiences with men who don’t need her emotional support and just want to have fun.

So, if you want her back, make sure that she is NOT feeling sorry for you and instead, is feeling a lot of respect for the new and improved you.

Make her feel like she has got something to lose now, if she doesn’t get back with you.