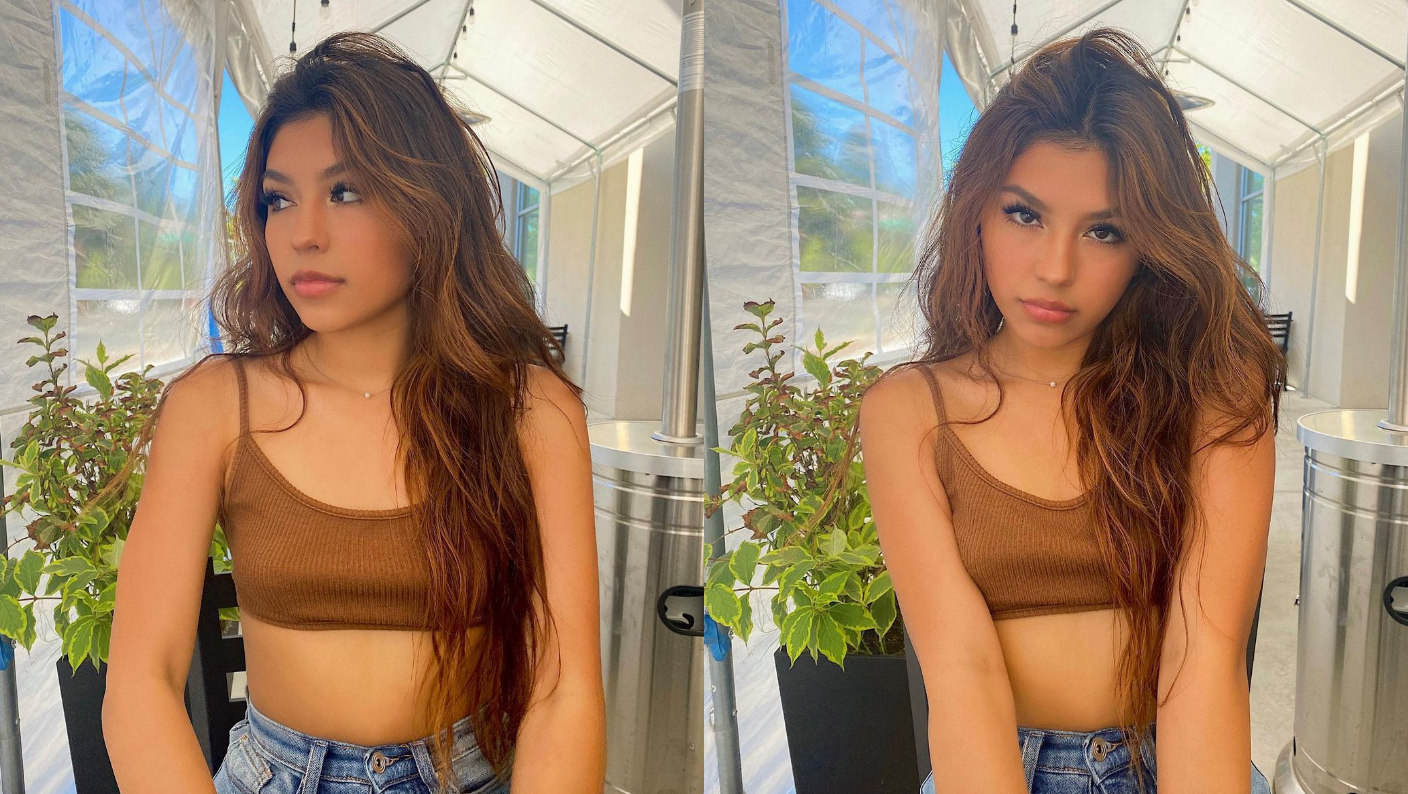 Here are 6 possible reasons why your ex gets defensive when you question her:

1. She doesn’t want to admit that she cheated, or planned to be with a new guy right after breaking up with you

To be ready to move on after a breakup, a woman will sometimes either cheat on her boyfriend, or line up a new guy who will become her boyfriend when the relationship ends.

That way, she can move on right away and not be available to her ex.

Of course, a woman usually won’t want to admit that when questioned, because it could anger her ex boyfriend, or reveal that she is an untrustworthy woman who betrayed him.

She may then feel the need to give him another chance, so she can feel better about herself, or he might use it to call her all sorts of names (e.g. slut) and make himself feel a bit better.

So, to avoid all that, she becomes defensive when questioned, to hopefully discourage him from asking more questions.

She just wants him to continue seeing her as being perfect, or innocent and possibly even blame himself for the breakup, rather than him realizing that she isn’t as loyal and faultless as he thought she was.

She can then enjoy life with her new man and still have her ex thinking of her in a good way.

Another possible reason why your ex girlfriend gets defensive if you ask her questions, is…

2. She doesn’t feel obligated to answer questions from you now

Since you and her are no longer boyfriend and girlfriend, she feels as though she doesn’t need to explain herself to you anymore.

As far as she’s concerned, you are now two individuals living separate lives and you have no authority or claim over her.

So, when you ask questions, she becomes defensive to show you that you no longer have any power over her.

She may think things like, “It’s none of his business what I’m doing and who I’m doing it with. We’re broken up and I don’t have to tell him anything.”

3. You’ve been trying to talk your way back into a relationship with her, rather than re-attracting her and seducing her sexually

Sometimes, a guy will ask his ex a lot of questions, to hopefully discuss his way back into a relationship.

For example: He might ask what she thinks he can improve, so he could be a better boyfriend for her, or so she could change her mind about the breakup and give him another chance.

From his point of view, he’s being honest, thoughtful and considerate and doing what he imagines she wants from him (i.e. showing her how dedicated he is to getting her back).

Basically, it’s all about his wants and his desires and his need for her help to accomplish them.

However, she doesn’t feel the way he does.

She disconnected from her feelings of respect, attraction and love for him in order to break up with him.

She wants to get away from him now, so she doesn’t care what he wants, or his need for her to help him get the relationship back together.

As a result, she gets defensive and closes up.

So, if you want your ex back, don’t worry about asking her questions.

Do the one thing that will make her want you back: Re-attract her.

Only when she feels attracted to you again, will she then begin to want you (sexually and romantically) for her own reasons.

If all of your questions are about getting what you want (i.e. to stop feeling rejected, to make her love you again, to be with her again), then she won’t want to help you with it.

So, just focus on making her have sexual and romantic feelings and she will naturally feel drawn to you again.

When she has sexual and romantic feelings for you, it is then easy to seduce her into having sex, or getting back together as a couple.

Another possible reason for her defensive behavior…

4. You used to be controlling and jealous in the relationship and she’s tired of feeling smothered by you and your needs

For example: When a woman gets off a phone call, or stops chatting with someone via text, her boyfriend always asks things like, “Who was that?” or, “Why was he or she calling you?” or, “What were you chatting about?”

There’s nothing wrong with a guy asking questions like those if they’re not asked out of jealousy or insecurity.

Yet, when a man questions his girlfriend due to his insecurities (i.e. he’s worried that she will like another guy), it will usually lead to arguments, disagreements and feelings of resentment and bitterness.

She will feel as though he is trying to control her and can’t trust her, which then makes her see him as insecure and desperate.

If his behavior continues, it will slowly ruin her feelings of respect, attraction and love for him and make her want to end the relationship.

So, if a guy like that is asking his ex girlfriend questions after being dumped (e.g. “Are you seeing anyone else now?” or, “Where were you this weekend?” or, “What took you so long to answer your phone/my text message?”), she will assume that nothing has changed about him.

As a result, she will naturally become defensive and say things like, “It’s none of your business” or, “I don’t owe you an explanation so stop asking me these questions” or, “Don’t ask me that.”

5. She is abusing the power she now seems to have over you

If your ex gets defensive and is possibly even rude and nasty towards you and you do nothing about it, she will start to sense your desperation and neediness for her.

As a result, she will feel like she has power over you (i.e. because you want her back and are willing to put up with pretty much any behavior she dishes out, just so you can interact with her).

Yet, here’s the thing though…

If you hand your power over to a woman and let her get away with being disrespectful or rude towards you, she won’t be able to respect you.

If a woman can’t respect you, she won’t be able to feel sexually attracted to you and without those two emotions in place, being in a relationship with you will not be something that appeals to her romantically.

So, don’t give your ex power over you by letting her get away with becoming defensive every time you ask her a simple question.

Instead, turn her defensiveness into an opportunity to spark some of her sexual and romantic feelings for you.

For example: The next time you ask her something and she gets defensive, you can laugh say (in a playful, but confident tone of voice) something along the lines of, “Oh, I get it. You don’t want to answer me because you secretly miss me and want me back.”

She will likely respond with something like, “No way!” or, “No, I don’t want you back.”

At which point you can reply with, “Prove it then. Answer my questions without getting defensive and then I’ll believe that you don’t miss me. I bet you can’t do it,” and have a bit of laugh with her about that.

Remember: The important thing is that you use her defensiveness as an opportunity to create attraction, by reclaiming the position of leadership or dominance.

If you take control of the situation in a confident, manly and emotionally mature way (i.e. you are playful, not angry and aggressive), she will naturally start to feel surges of respect and attraction for you again.

When that happens, she will open up to interacting with you further, to see if you really are man enough for her now, or if standing up to her in that way was just a coincidence, or a fake act of bravado.

When she sees that you really are much more manly and confident now, she will naturally feel respect and attraction for you.

You can then build up her feelings on the phone, in person and get her back that day, or within days.

On the other hand, if you continue to let your ex get away with bad behavior every time you ask her a question, she’s going to carry on feeling more powerful than you.

As a result, the idea of giving you another chance won’t appeal to her because she’s won’t be feeling attracted to you.

6. She has told you so many lies that she can’t remember them

Sometimes, a woman will lie to her ex about so many things that she gets confused about what she told him from one day to the next.

So, to prevent him from discovering her lies, she gets defensive and angry when questioned, in the hope that he gives up and stops asking.

As a result, she can also protect herself from getting into a potentially difficult situation (e.g. some guys feel very angry and become aggressive or violent if they discover that a girlfriend has been lying to them about many things).

Do you think that your ex girlfriend has told you too many lies and can’t keep up, so is now being defensive?

Alternatively, is she being defensive because she’s sick and tired of you feeling like you have ownership over her, even though the relationship has ended?

Alternatively, have you been giving her a false sense of superiority or power over you since the breakup, because you clearly seem to be the only one (out of you and her) to be struggling with the breakup?

Whatever the case is for you, just know that there is a way to get her back.

If you want her back, you’ve got to make her feel it.

She has to feel the kind of respect and attraction that will make her feel compelled to give you and her another chance.

You can do that, but you won’t achieve it by continuing to ask her questions.