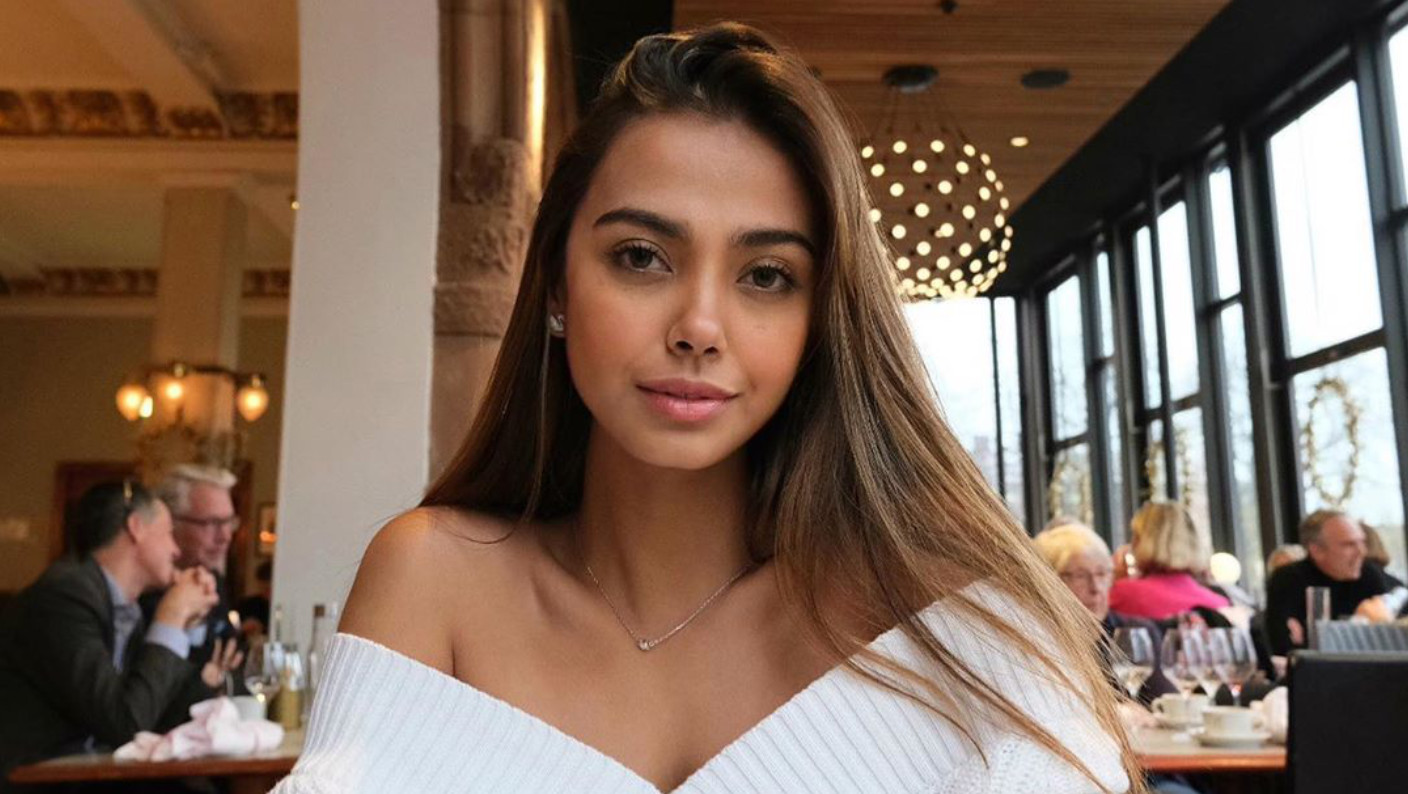 Get Her Back After She Lost Interest

Here are 5 tips to make her want you back again:

1. Identify the main missing pieces of the attraction experience that caused her to lose interest

The attraction experience in your relationship is the overall feeling a woman gets based on your approach to attraction.

In other words, your approach to attraction either makes her want you more or less over time.

If you approach it in a way that makes her want you more, then she doesn’t leave.

If you approach it in a way that makes her want you less, then she will eventually cheat on you or dump you.

So, are you aware of what REALLY caused her to lose interest and feel turned off by you in the relationship to the point where she broke up with you?

There are many subtle things that turn women off or on and if you want to be successful in a relationship (or with getting your ex back), you need to understand them.

If you don’t ever understand how women feel attracted and what turns them off, you will never know what you’re doing and will always be at the mercy of her (i.e. hoping that she doesn’t suddenly break up with you).

On the other hand, when you know how to maintain and build on a woman’s attraction in a relationship, she will never leave.

She will know how difficult it will be to find another man who understands what you do and as a result, is able to make her feel so madly in love after so long.

Likewise, when you understand what to adjust and then interact with your ex and let her experience the new you, she will immediately begin to realize that a relationship with you would feel completely different now.

As a result, she will naturally drop her guard and begin opening herself back up to the idea of being with you again.

Another tip to regain her interest in you is…

2. Understand that what you think of yourself will directly affect how she perceives you

Your thoughts about you and your chances of getting her back are very important.

For example: A guy who doubts himself around his ex girlfriend, will often think something like, “I don’t deserve her after the way I treated her” or, “There’s nothing I can do to change her mind about breaking up with me because she has lost interest in me” or, “She said it’s over and that she doesn’t have feelings for me anymore, so I guess I need to accept that. I can never change how she feels and get her back.”

To him, the situation will feel hopeless and he will feel like he has no chance.

As a result, he will naturally feel dejected and sad about the situation.

If he interacts with his ex, she will easily pick up on that because women are hard-wired to assess a man’s emotional strength.

It’s one of their natural talents, which pretty much every woman masters as she goes through life and has experiences with men.

If a guy doubts himself, she will see it in his body language, hear it in the tonality of his voice and pick up on it based on what he says and how he says it.

This is why, it’s very important that you gain control of your thoughts by quickly getting to the point where you are 100% confident about your chances of re-attracting her.

Don’t have any doubt at all that you can re-attract her.

Know that you can and then do it, rather than placing yourself in the friend zone with her, or worse, thinking that you’re not even worthy of being her friend now.

You can make her feel attracted to you again and you can get her back.

Then, do it and you and her will be back together within days or 1-2 weeks at the most.

3. Don’t try to get her to commit to a relationship right away

So many guys get rejected by an ex girlfriend (or wife) by focusing on trying to get her to agree to a relationship, rather than allowing the relationship to naturally get back together as a result of hooking up and beginning to see each other again.

When a guy is immediately pushing for a relationship (i.e. to get back together as boyfriend and girlfriend, or husband and wife), the woman will say no, or ask for more time to think about it, if she isn’t fully re-attracted and is still unsure.

Then, if she’s not feeling much attraction and isn’t missing him after telling him to give her time to think about it, she will let him know that she’s sticking to her decision to remain broken up and will wish him all the best.

I’ve seen that happen in so many ex back cases, so don’t make the mistake of pushing for a relationship right away.

Instead, just focus on rebuilding her feelings of respect, attraction and love for you (e.g. by making her laugh and smile and feel good when she interacts with you, changing your approach to attraction so she feels as though you’ve understood what caused her to lose interest in you in the first place, making her feel like a feminine woman in your presence rather than like a neutral friend, flirting with her to build up sexual tension that she wants to release via kissing and sex with you).

The more attracted she feels, the more open she will be to hooking up, hanging out, seeing each other and assessing how she feels.

If she feels good being back with you, then you will have gotten her back.

If she doesn’t, then a break up will happen again.

So, make sure that you prepare yourself and are ready to properly re-attract her.

4. Don’t try too hard to impress her

Sometimes a guy will try to impress his ex woman being extra nice and sweet towards her, putting up with any bad treatment she dishes out to him or even helping her out financially.

He hopes that if he shows her how dependable and totally devoted he is, she will be impressed and want to give him another chance because of that.

Yet, when a guy uses that approach, a woman will usually just take advantage of him temporarily (e.g. allow him to help her financially, use his continued interest in her to feel good about herself while she secretly moves on behind his back) and then eventually tell him that she wants him to stop contacting her and leave her alone.

Alternatively, a guy might try to impress his ex by pretending that he has loads of options with other women, even though it isn’t true.

She then says, “If you’re so popular with women, why don’t you date one of them? Why are you contacting me? Are you trying to show off? I don’t care. I’m dating new guys, so let’s just not talk to each other anymore. I’m moving on and you should too.”

Let her see that you are interested in getting back together if it happens, but at the same time, you feel confident, happy and are making progress in life with or without her.

When she notices that you don’t need her back, but are open to it if it happens, she will naturally begin to look at you in a more positive light (i.e. you’re not needy, you have been able to bounce back from the break up and get on with life without her, you are going to be a lot more attractive to other women now based on your improved emotional strength and maturity).

As a result, she will begin to wonder whether or not things really need to be over between you and her, which can lead her to being much more willing to catch up in person if you suggest it.

5. When you get back together, make sure that it’s a completely new relationship dynamic

The relationship dynamic (i.e. who is the more dominant one, how much love, respect and attraction flows between the couple, the settings they have about who does what, how they relate to each other, the expectations they have, the way the relationship operates) will determine whether or not the relationship will feel good for both you and her.

So, if you get back with her and aren’t able to create a new, more enjoyable and effective relationship dynamic, a break up will almost certainly happen again.

To put it into perspective for you, here are some examples of a relationship dynamic that is out of sync:

So, when you get her back, make sure that you are ready to create a new relationship dynamic that causes her to fall more and more in love with you over time.

It’s not difficult to do because you’re going to be using an approach to the relationship that causes a dynamic anyway.

It’s simply about approaching the relationship in a way that creates a dynamic, which causes her to feel more respect, attraction and love for you as the days, weeks, months and years go by.

When you do that, she simply won’t ever want to break up with you again.

She will know how difficult it is to find that kind of relationship dynamic and also won’t want to leave you because she will be in love with you.

Women simply don’t want to break up with a guy that they are in love with and want to be with.

Of course, first you have to get her back and then you can establish the new relationship dynamic…

What to Say to My Girlfriend Before Starting No Contact

How to Get Your Ex Girlfriend to Trust You Again