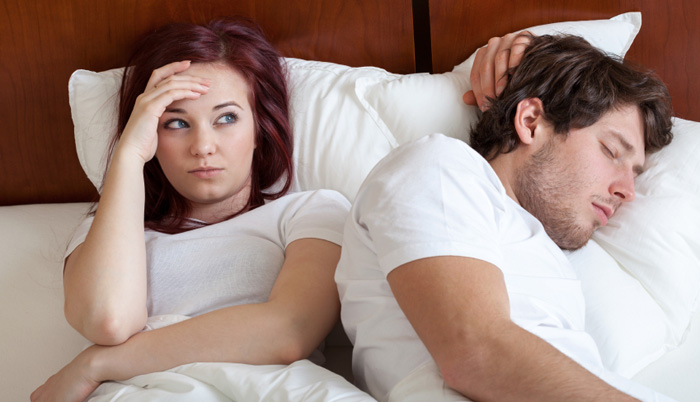 Get Your Ex Back: The 3 Stages She Went Through Before Breaking Up With You

One of the secrets to getting your ex back is to understand the process that she went through, before breaking up with you.

She went through three, basic stages:

1. She lost respect for you as a man

A woman will lose respect for a man if, for example, he is very bossy around her at home, but then when he’s around other people he changes his behavior.

All of a sudden, he is Mr. Innocent and is nice, he is respectful and possibly even submissive around her (i.e. he lets her boss him around a bit) or others, especially alpha males.

When she notices that he is submissive or nice and respectful in front of others, but bossy or domineering at home, she will begin to lose respect for him.

Another reason why a woman will lose respect for a man is when he regularly whines or complains about life and seeks pity from her.

Instead of being a man about it and accepting that life comes with the good and bad, the easy and the difficult, he becomes emotional when life gets a bit challenging.

The woman then ends up feeling stronger than him, mentally and emotionally.

She may even feel like more of the ‘man’ in the situation, or like a mother figure to him, which is not what women want.

She will then lose respect for him because he’s not really a man in her eyes.

He might be in a man’s body, but he still has the mind of a boy, which is not what makes a woman feel respect for a guy.

Another time that a woman will lose respect for a man is when he hides from his true potential in life, especially behind her and the relationship.

For example: He doesn’t have much purpose in life.

He has dreams about what he really wants to do, but he’s not really going after it because he’s afraid of failure, rejection or challenge.

He then hides behind her and the relationship instead of taking on bigger things in life and becoming a bigger and better man.

If you flip that around, this is one of reasons why a woman will maintain her respect for a man.

For example: If you’re the sort of guy who has purpose in life and you’re rising through the levels of life to reach for your true potential as a man, it is very admirable and will gain and maintain the respect of women and other people.

As a man, you’ve got to go after what you really want in life with determination, passion and unrelenting confidence in yourself.

Another example of a woman losing respect for her man is where a man doesn’t follow through on his promises.

If you haven’t followed through on your promises because of emotional or mental weakness, it causes a woman to lose respect for you as a man.

Of course, there are times when you make a promise to a woman where it’s impossible to follow through because of unforeseen circumstances and that’s okay.

However, when is possible to follow through on your promise, but you don’t because of laziness, fear or weakness, a woman will lose respect for you.

Essentially, women respect men who are strong enough to stick by their word, even when things get challenging.

If you crumble when life gets tough, it doesn’t make a women feel safe to be around you.

2. She lost attraction for you

In the first stage, she lost respect for you and when that happens, a woman will begin to pull back her love and affection to test how the man will respond.

When a woman begins to withdraw her affection and interest and instead became a bit bitchy, annoying or cold towards you, how you respond to that will either cause to her to lose more respect and attraction for you or rekindle it and get the spark back.

In most cases, a guy won’t understand the woman’s sudden change in behavior and will instead respond in ways that cause her to lose attraction for him. Such as:

When a woman begins to sense that desperation and a lack of confidence in her man, she then loses attraction for him.

Confidence is fundamental to a woman’s sexual attraction for a man.

When you’re out there meeting women for the first time or 10 years into a relationship, it’s the same thing – women feel attraction to the man’s confidence.

Confidence is the most important thing that you need to have as a man, if you want to be successful with women.

It’s always essential and absolutely necessary to maintaining a woman’s feelings of attraction for you.

Insecurity doesn’t turn women on or give them the feeling of safety that they get when with a confident man.

A man’s insecurity doesn’t make a woman feel like being feminine; it makes them feel like they have to be masculine and take care of the guy.

A man’s lack of confidence makes a woman feel like she is stronger than him, which is not attractive to women at a fundamental level.

3. She then started to fall out of love with you

When a woman gets to a point where she doesn’t respect her guy, she doesn’t feel much attraction for him, she then starts to wonder, “Hang on…what am I doing in a relationship with him? Is this love? Is this what it’s supposed to feel like?”

When she begins to question her feelings for him and realizes that she doesn’t respect him and doesn’t feel attraction for him, her commitment to the idea of being with him starts to fade away.

She then begins to open herself up to either her career/studies or to other men.

She wants to get the feeling of love, happiness and fulfilment from other areas of life.

Emotionally, she begins to disconnect from him because she realizes that she can’t get what she’s looking for (emotionally) with him.

To get your ex back, you’ve actually got to get her to go through that process again.

Thankfully, when you follow that process properly, it’s only natural that the woman will want to give the relationship another chance.

Advice to Get Your Ex Back

5 Things That Every Guy Must Do When Getting an Ex Girlfriend, Fiancé or Wife Back