How to Be Smooth With the Ladies

Being smooth with the ladies essentially means that you’re able to attract women, charm them and make them feel lucky to be talking to you, kissing you, having sex with you and being in a relationship with you.

Do you have that ability? Watch this video to find out…

The opposite of being smooth with the ladies is trying too hard to be liked, acting like a nice guy who isn’t interested in sex and giving women the impression that you would feel so grateful if they would just give you a chance. 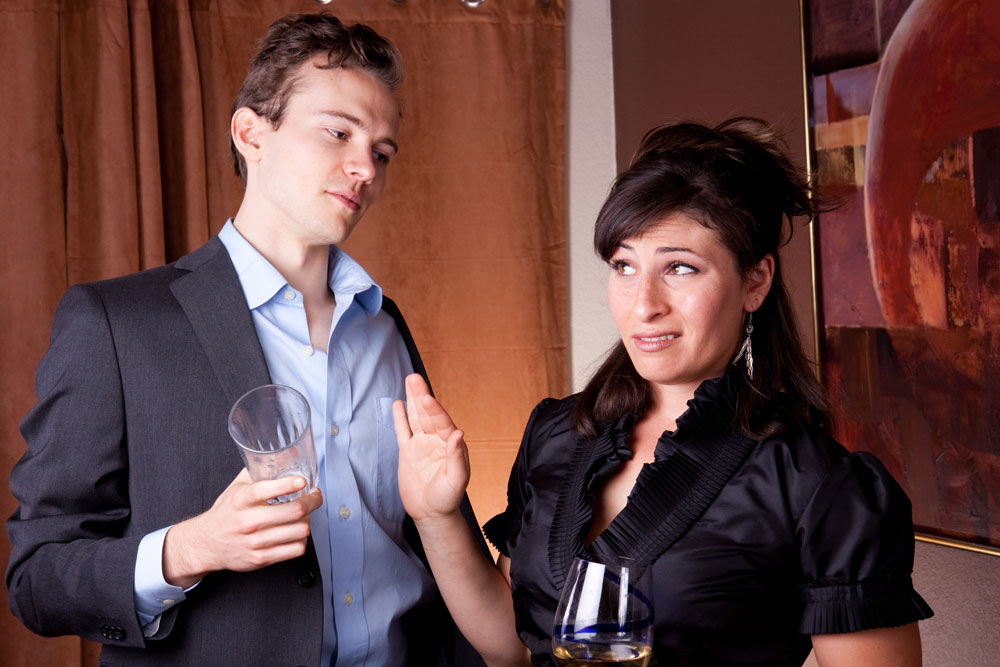 A lot of guys don’t realize that women really do like guys who are smooth with the ladies, because women rarely admit it and if they are asked directly, they will deny it.

However, some brave women are open about it, including Taylor Swift in her song, “Blank Space” where she sings the lyrics, “Cause you know I love the players…and you love the game.”

If an interviewer were to ask Swift if she liked players, she would most likely deny it on camera because it’s not something that a woman wants to openly admit. Putting it in a song allows her to simply brush it off as a lyric or say that it means something else entirely.

Some guys want to know how to be smooth with the ladies because they want to be like the James Bond types that women seem to jump into bed with the moment they set eyes on them.

Bond simply says a charming line to the very attractive woman and she melts and subtly suggests that she is now open to having sex with him. It’s quick and to the point and seems to work every time for him.

Yet, it doesn’t work that way in real life because most beautiful women aren’t that easy to seduce. They usually require a bit more than a charming pick up line before they decide to have sex with a guy.
If you want to know how to be smooth with the ladies, you have to get your head out of the fantasy land of Hollywood movies and focus on the real world.

In real life, women do feel sexually attracted to guys who are charming, confident and charismatic, but they don’t always make it easy. Most women will test a guy’s confidence by behaving as though they aren’t interested in him, because they want to see whether he is putting on an act of being a James Bond like character, or if he is actually that cool.

You can be smooth like Bond, but don’t try to achieve that by copying his lines, wearing the same types of clothes and trying to fool women into thinking that you’re as smooth as 007 himself.

If you don’t have true, unwavering confidence in your attractiveness to women, they will simply throw you off your game by playing hard to get, acting uninterested or challenging your identity throughout the interaction.

Truly, the best way to be smooth with the ladies is to simply focus on being yourself, while also displaying the personality traits and behaviors that naturally attract women (e.g. confidence, charm, masculine vibe, charisma, humor, etc).

As you will see from the video above, pretty much any guy can be smooth with the ladies as long as he is able to trigger women’s feelings of sexual attraction.

You don’t have to look like a James Bond type character to be considered smooth. All you need to be able to do is attract women, charm them and make them feel lucky to be talking to you, kissing you, having sex with you and being in a relationship with you.

Women will naturally feel lucky to be getting a chance with you when you are able to trigger their attraction for traits that most guys simply do not possess (e.g. charisma, sexually attractive masculine vibe, sassy humor, etc). 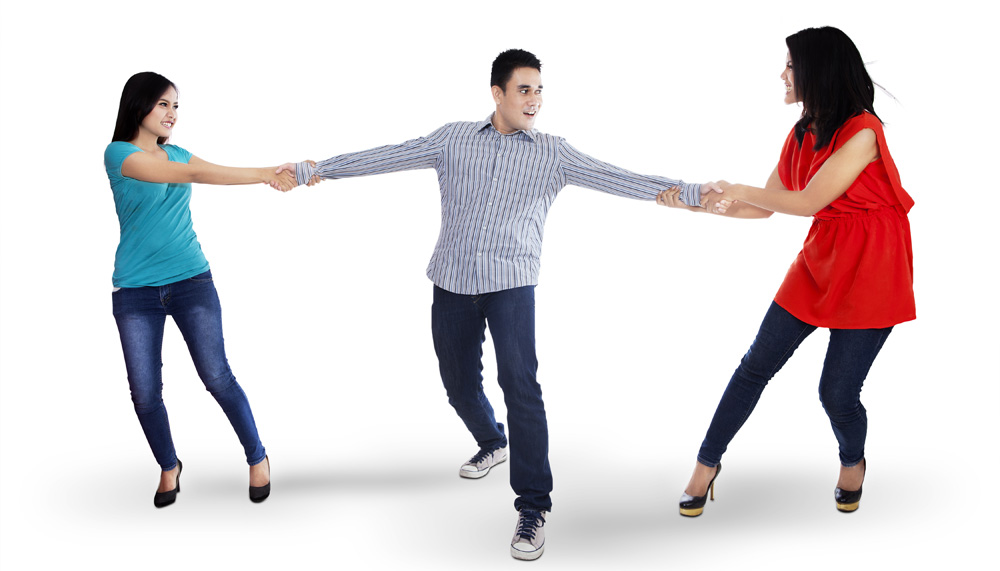 You don’t have to look like a movie star to have that effect on women. Yes, some women will only accept a guy who looks like a Bond character from the movies, but most women are much more flexible about what they find attractive in men.

What Most Men Assume About Women

Most men assume that women want a perfectly good looking man with loads of money, the best fashion sense and an athletic body.

If you asked women to list off things that they want in a man, they would almost certainly begin to mention those things.

Yet, if you look at the types of men that women actually have sex with, date and marry, almost all of them are not rich and are simply working a normal job. These men have a fairly average or even below average appearance at times, come in all sorts of body shapes and are of different races and nationalities.

Despite that real version of reality, most men assume that women are only interested in the superficial and material things about men.

Yet, the truth is that most women are more attracted and interested in men for things that cannot be seen (e.g. confidence, alpha male mindset, charisma, deep understanding of what women really want to feel when interacting with a man, etc).

Yes, it is true that some women are very superficial and will only accept a guy who has all the superficial traits (e.g. looks, money, height, muscles, fashion, etc).

However, the truth is that most women are not that shallow and are much more flexible and open-minded about what they are willing to find attractive about a man.

People who don’t have expert knowledge or any real understanding of what women really look for in a man will tell you that it’s all about looking good, smelling good, wearing the latest designer labels, and building a muscular physique. Not only is there opinion misleading and the cause of unnecessary insecurities for men, it’s just plain wrong.

Most women are not going to be truly interested in a guy unless he has the alpha male qualities that make a woman feel like a woman. In other words, his alpha male mindset, vibe, behavior, attitude and actions makes a woman feel feminine and girly around him.

If a guy suppresses the natural, alpha male within himself because he’s trying to be politically correct or “nice” to women, he will deny women the experience of feeling girly and feminine around him and thus, he will never be smooth with the ladies.

Ultimately, pretty much all women yearn to be with a man who knows how to take the lead in a relationship, which then allows her to relax into being her natural feminine self.

Modern women very often need to supress their femininity in order to get ahead in their careers, and in a world of “equal rights” they often have to take on a tough persona in order to compete alongside men in the workplace.

It’s for this reason that modern women desperately want to find an alpha male who will allow them to relax into being feminine and feel safe enough to let their “tough” guard down.

Women do want a man who has what it takes to make them go weak at the knees, but it’s not a guy’s outer appearance that will do this for them; it’s his inner qualities and the man he is on the inside.

They will go through life trying really hard to be “liked” by women, never truly understanding how other guys seem to get women so easily, even though those guys aren’t trying to be liked.

He will notice that some guys seem to not even care if a woman likes them or not…and that makes the woman chase him and try to impress him. Why do women do that? Why do women like guys who are a challenge?

As you will discover from the video above, you can get women chasing after you, trying to impress you and hoping to get a chance with you, simply by understanding the reality that women live in.

If you think, behave and act like pretty much every other guy (i.e. you feel attracted to a woman based on her physical appearance and are immediately interested in having sex or a relationship with her, even though she hasn’t done anything else to impress you other than look good), then you will always encounter women who play hard to get with you, say that they would prefer to be “just friends” or tell you that they aren’t looking for a relationship right now.

A guy who knows how to be smooth with the ladies is a guy who approaches women and gives them the type of experience that they need to feel really interested. He understands that pretty much every other guy disregards the reality that women live in and simply wants women to like him for being nice and hopefully give him a chance.

When you can be the guy who understands where women are coming from and then gives them the kind of experience they want, you will immediately become a guy who is smooth with the ladies.

Women will have the “twinkle in their eyes” when interacting with you and other guys won’t know what is going on. Guys will assume that it must be because you’re better looking than them, richer than them or have a huge penis inside your pants, but you will know the real secret to your success with the ladies…

Why is it So Hard to Find a Girlfriend?

Should Men Shave Their Pubic Hair?