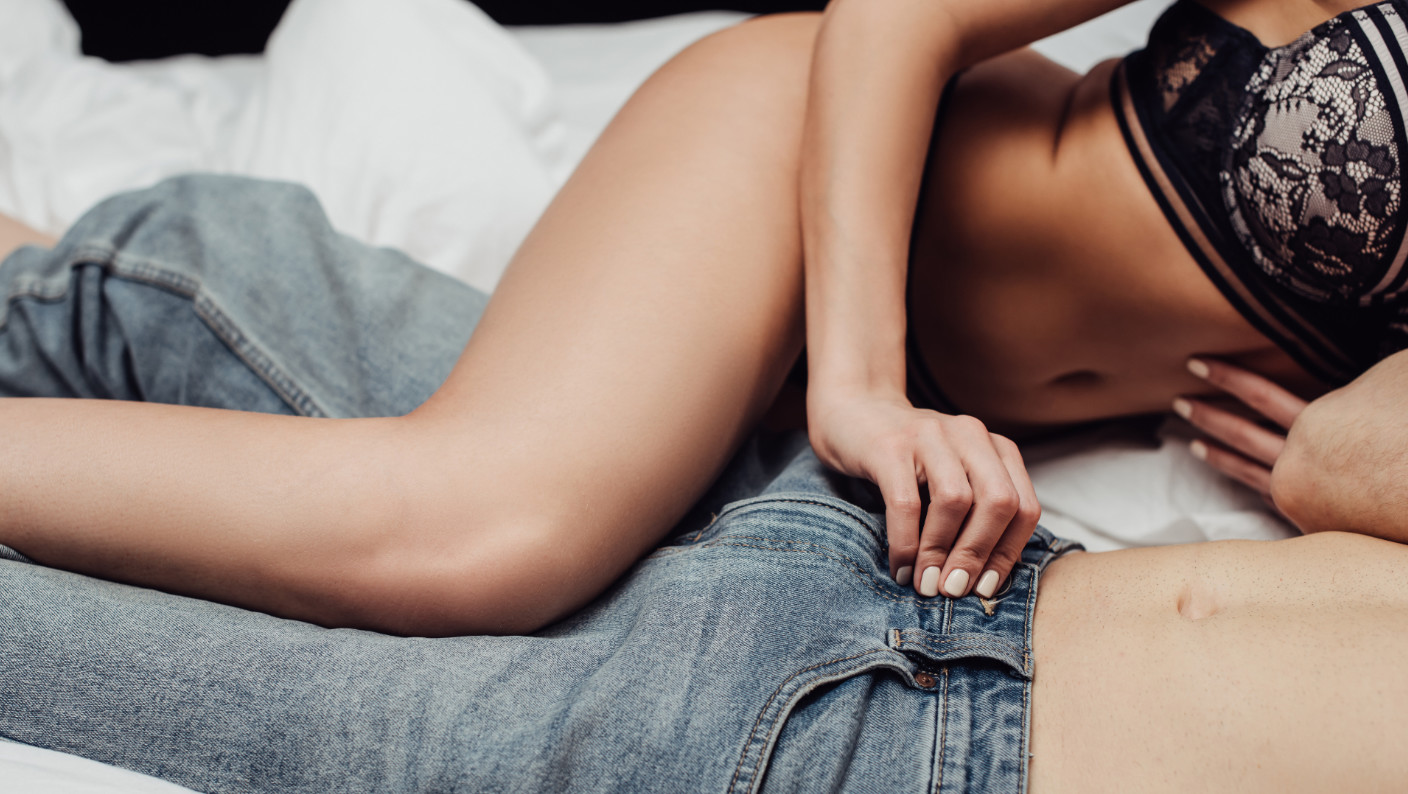 One of the easiest ways to get laid or get a girlfriend, is to get a woman to pick you up.

This is what I call a Reverse Pickup.

Essentially, it’s about switching roles with a woman, because in most cases, when a man meets a woman that he finds attractive, he starts showing a lot of interest in her.

She notices that and then feels like she is in the position to decide whether or not he is going to get a chance with her.

To get a woman to try to pick you up, you essentially need to do two things.

1. You make her feel very attracted to you as you interact with her.

This can be as a result of you displaying confidence, emotional masculinity, or emotional manliness using flirting or humor and making her feel girly in comparison to your masculine approach to the interaction.

2. Make her feel like she needs to pass your tests in order to get a chance with you.

This is what a lot of women do to men (i.e. make a man feel like he’ll need to pass her tests, in order to get a chance with her). 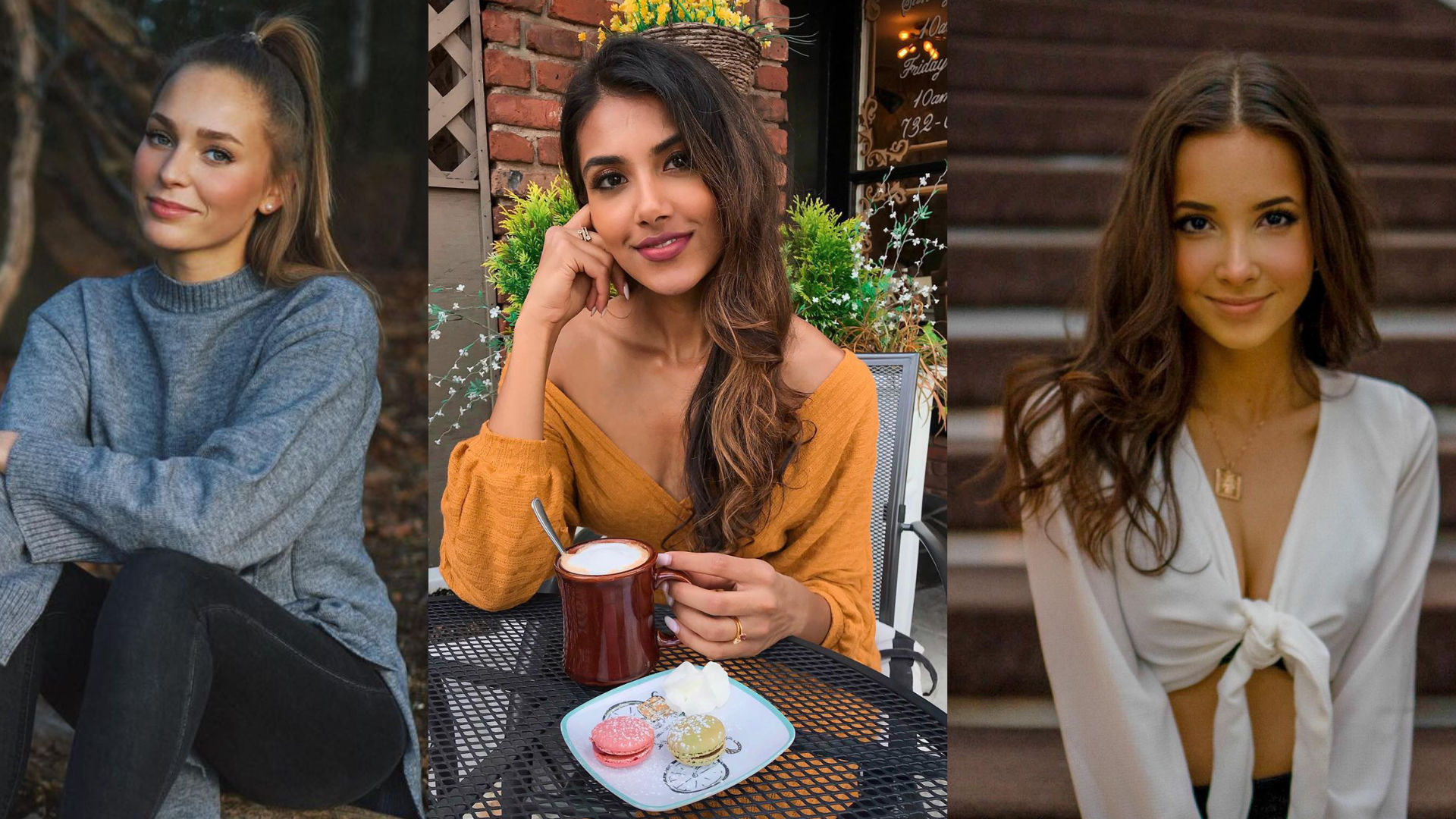 When a woman meets a man and notices that he seems interested and attracted to her, she will usually test his confidence by pretending to lose interest in talking to him, or she will stop contributing a lot to the conversation to see how he reacts.

Is he going to lose confidence and become insecure?

Is he going to start trying really hard to impress her because she seems to be losing interest, or is he a confident guy?

Does he have what I call independent confidence, where he feels confident around people regardless of how they are behaving?

Alternatively, does he have dependent confidence, where he can only feel confident if people are being nice, friendly and supportive towards him?

If a man has dependent confidence, where he can only feel confident if she is being nice towards him being friendly and supportive, then what she is essentially going to get is a boyfriend who needs her to take care of him emotionally.

She’ll have to be supportive, pat him on the back and always reassure him of her interest, otherwise he will become insecure. 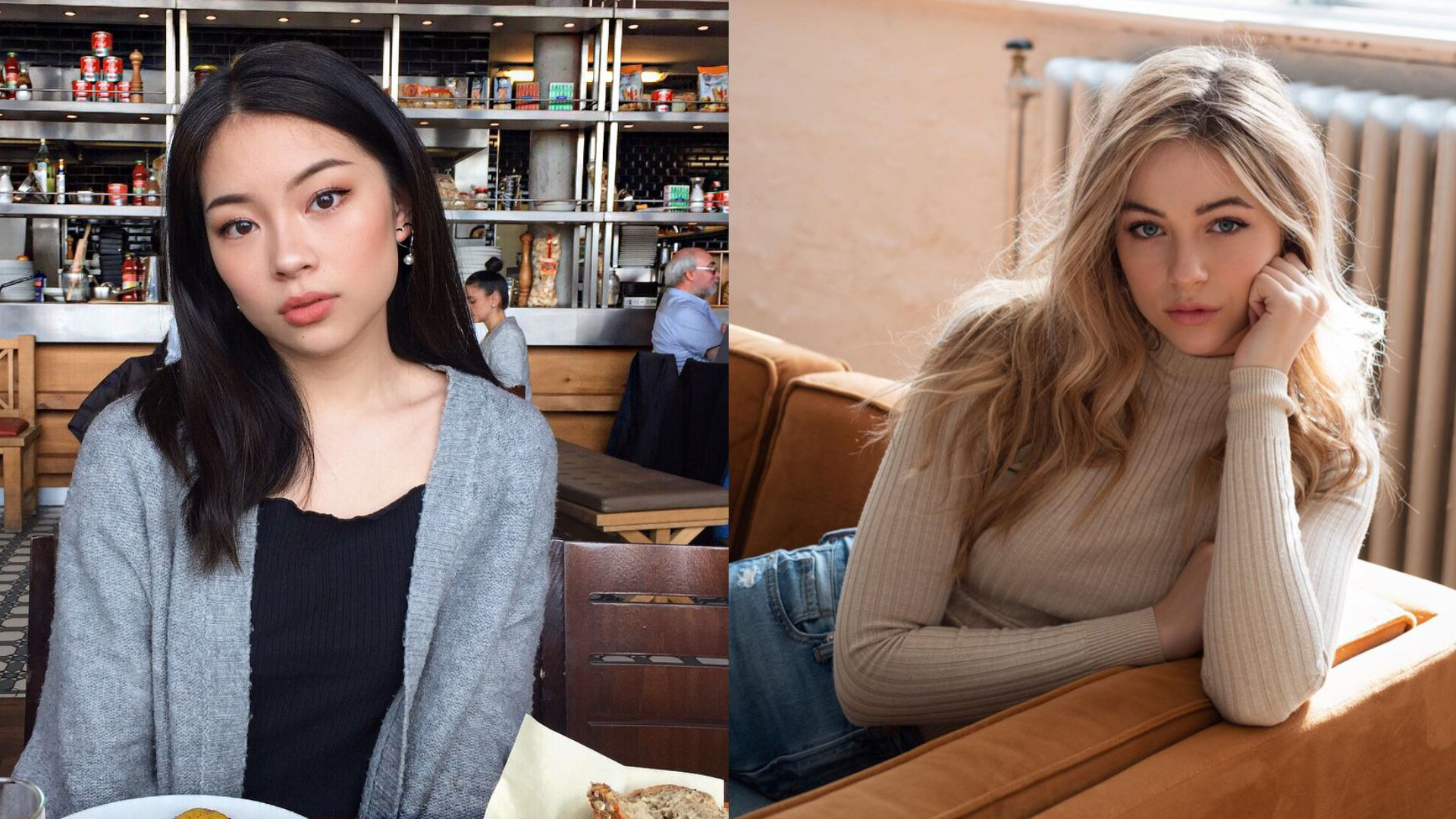 As a result, she doesn’t feel like she can look up to him, follow him as the leader, feel safe and protected by him and so on.

She feels like the more dominant one, or like a mother or big sister figure in his life, which is not sexually attractive.

Another type of test that a woman will do when she notices that a guy is interested in her, is that she will test his level of interest.

Is he truly interested in her, or is he just wanting to hook up with her, or show off to his friends, or make himself feel good by making her feel attracted and then walking away and not doing anything about it?

A woman will test a guy’s interest level by pulling back some of her interest.

If she stops contributing a lot to the conversation and doesn’t show him a lot of interest, is he then going to lose interest, or is he going to continue interacting with her, making her feel attracted, connecting with her and trying to get something going between him and her because he’s truly interested in her?

Women use those sorts of tests on men all the time.

It’s not as if women are being evil by doing that, or doing something wrong/

Instead, the tests help a woman find herself a confident guy and find a guy who is actually interested in her.

Now, in terms of you testing a woman, it’s a little bit different.

You are not testing to see if she’s confident enough, so you can follow her, look up to her and feel safe and protected by her.

Instead, you test her in a different way.

Essentially, what you do is you make her feel attracted to you by displaying confidence, emotional masculinity, flirting with her and so on, so she’s feeling attracted and interested in you.

Then, you give her the sense that she has to pass your tests in order to get a chance with you.

She has to be good enough for you.

You could actually lose interest in her at any moment, if you discover that she isn’t the type of girl that you like. 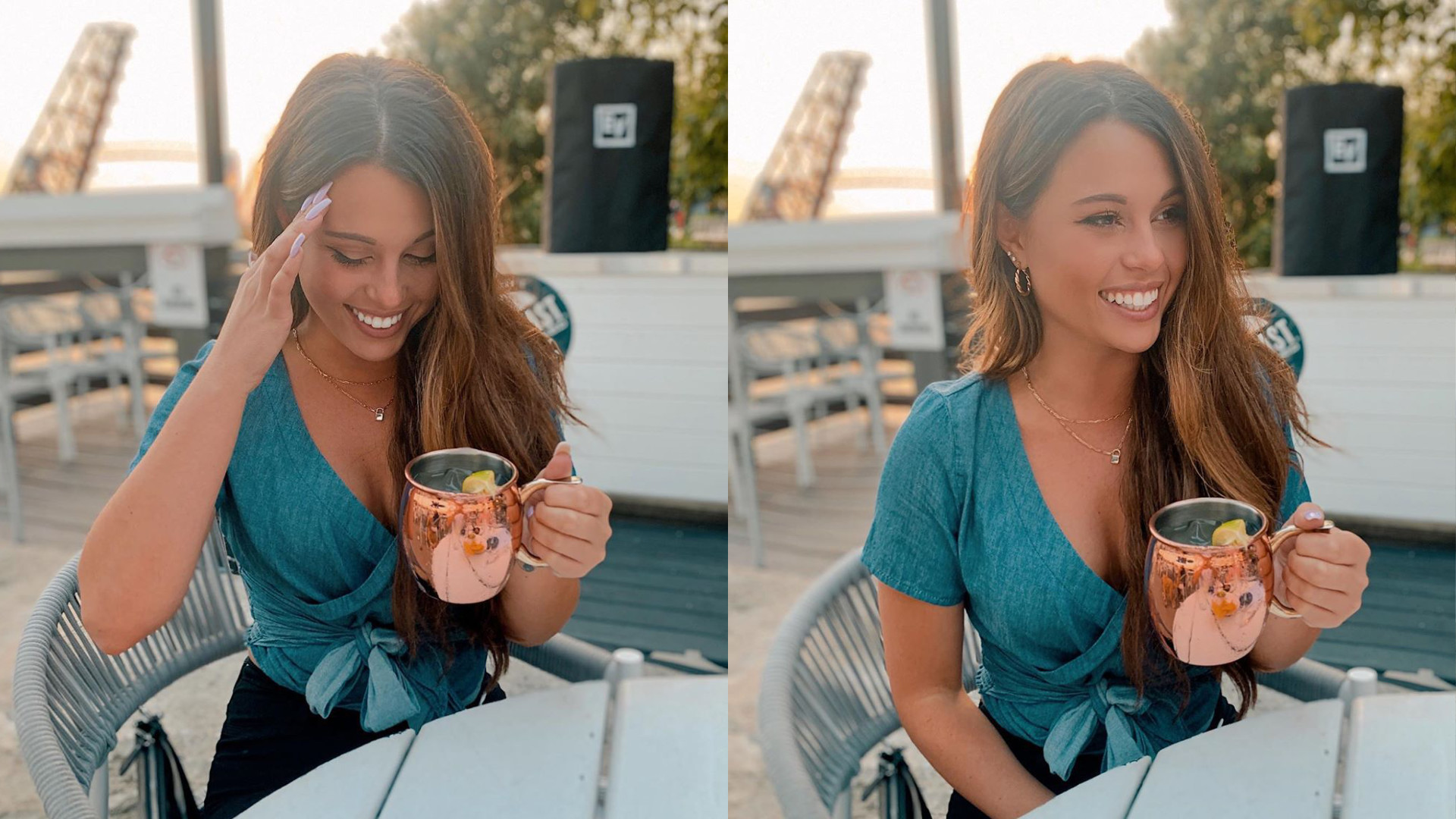 Since she’s feeling attracted to you already and now is feeling the need to hopefully be accepted by you, it causes her to want to turn on her charms and try to get you to really like her.

As a result, you end up being in the position where you are essentially giving her a chance with you.

Now, one thing I want to point out with getting women to pick you up, is a mistake that a lot of guys make.

That is, a guy assumes that if he simply shows women that he doesn’t care, or that he could take them or leave them, then they’ll try to pick him up.

Yet, that approach doesn’t work.

If a woman doesn’t feel attracted to a guy, doesn’t feel a spark with him and she notices that he doesn’t care about her or any women and is just doing his own thing, it may make the woman feel a bit curious as to why, but in almost all cases, she’s not going to chase after him just because he’s not showing any interest.

What makes the woman feel compelled and willing to want to pick you up is attraction.

You have to attract her as you interact with her.

Only then will she actually care that you seem to be subtly judging her.

You seem to be the sort of guy that could lose interest in her if she isn’t cool enough, intelligent enough, pretty enough, this enough, or that enough.

Since she is feeling attracted to you, she doesn’t want to feel rejected by you.

So, she then tries to turn on her charms and get you to like her enough to want to be with her sexually or romantically.

As a result of trying harder to get you to like her, she finds herself in an unusual position.

That being, she’s trying to pick you up.

This makes her feel excited that she’s finally met a guy who is a challenge and whom she really likes.

She doesn’t want to walk away feeling rejected by you, so in almost all cases, she will then show you even more interest to make it clear that she likes you.

You then simply let her have a chance with you (i.e. complete the reverse pickup).

To be clear, to create a reverse pickup, you need to make her feel very attracted to you during an interaction and make her feel like she needs to pass your tests to get a chance with you.

Your tests are essentially about whether or not she’s good enough for a guy like you.

You don’t tell her that, though.

You just let her sense it based on how are behaving and reacting to her.

Think about how women make you sense that about them.

They don’t have to say it.

You sense it based on her body language, reactions and how she’s talking to you.

So, simply do it to women and reverse the pickup.

The reality is that when a woman is feeling attracted to you and also gets the sense that she hasn’t fully won you over yet, she will then want to turn on her charms.

For example: She will flirt with you, show more obvious interest, touch you, compliment you more and so on to make you really want her.

You are then in the position of power and simply let her have a chance with you.

Each Woman Will React a Little Differently, So You Need to Be Confident and Trust in the Process

One final point that I want to make for you in this video regarding getting a woman to pick you up, is that not all women react in the same way.

Sometimes you’ll meet a woman, use the attraction techniques on her and she will show you loads of interest and make it really obvious that she wants to hook up with you.

Whereas if you use the same techniques on another woman, she’ll be feeling very attracted to you, but won’t make it super obvious because she doesn’t want to come across as being desperate or too keen.

With women like that, you just need to continue making her feel attracted, show some interest in her, but also let her sense that you could lose interest in her if she doesn’t pass your tests, or doesn’t live up to what you actually want in a woman.

Don’t tell her that; just let her sense it based on your body language, how you interact with her, the kind things you say and so on.

Finally, don’t feel bad about doing it because women do it to men.

As a result, women are usually in the position of power in dating scene, where they get to decide whether or not a guy gets a chance with them.

Reversing a pickup is simply about switching roles and putting yourself in the position of power.

Best of all, it’s actually what women want you to do.

Women yearn to meet a guy who makes them feel crazy in love and full of lust and desire.

You can literally make women feel that way by simply reversing the pickup.

It’s much more enjoyable for you and the woman, so don’t feel bad about doing it.

If you liked what you’ve been learning in this video and are interested in learning about more of my techniques that make women want you, then I recommend that you read my eBook, The Flow, or listen to the audiobook version, The Flow on Audio.

You will learn many ways to spark a woman’s attraction for you, connect with her and make her want to pick you up, go on a date with you, kiss you, or have sex with you.

Instead, they just feel very happy, turned on and excited when around you.

You then let the woman have a chance with you.

What Happened to Dan Bacon?