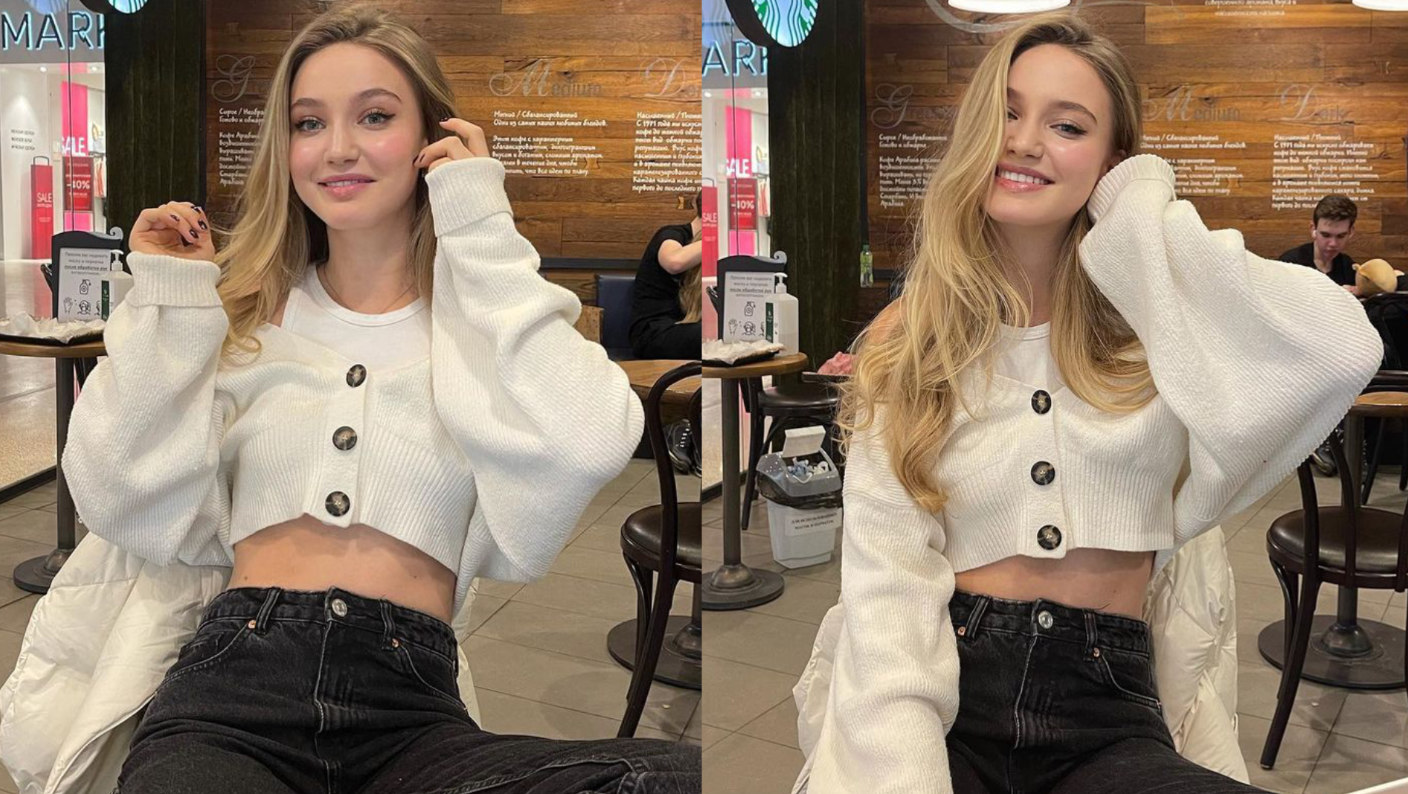 Pausing during a conversation with a woman makes her feel attracted to you.

She feels attracted to your confidence and to the fact that you’re not rushing to speak to hopefully impress her.

Additionally, when a woman is happy to wait for your new next words in a conversation, she instinctively begins to realize that she is willing to do what you want, which is a turn on for her.

In some cases, she may then begin to imagine herself doing what you want her to do sexually, which turns her on even more.

You don’t need to pause all the time when talking to a woman, but it’s something to add in.

It adds some mystery to the conversation.

It adds a different type of attraction that she will rarely experience with other men.

So, here is the first example…

1. She asks you what you’ve been up to lately

“Well, I’ve been going to the gym lately and…as you may be able to tell…I haven’t made much progress.” 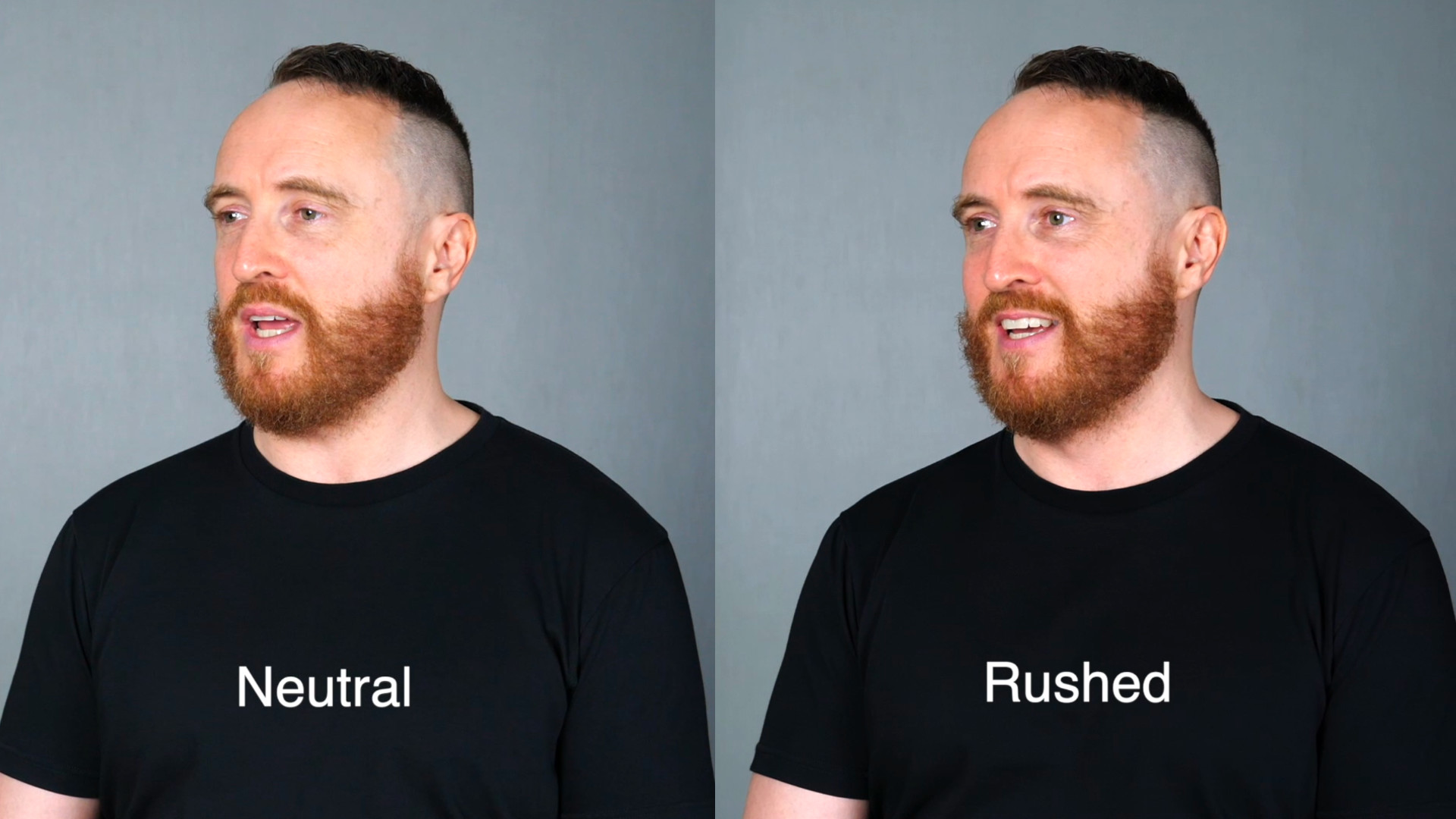 Now compare that to saying it in a neutral way or in a rushed way.

(Some guys talk fast due to anxiety, or worrying that the woman will lose interest in talking to him if he doesn’t say it fast enough).

“Well, I’ve been going to the gym lately and as you may be able to tell, I haven’t made much progress.” (Said in a fast, rushed manner in the video).

I look the same physically, but the vibe that I’m giving off, the signals that I’m sending to a woman are completely different based on how I’m talking to her.

“Well, I’ve been going to the gym lately…and…as you may be able to tell…I haven’t made much progress.”

Pausing is a great way to display confidence during an interaction. 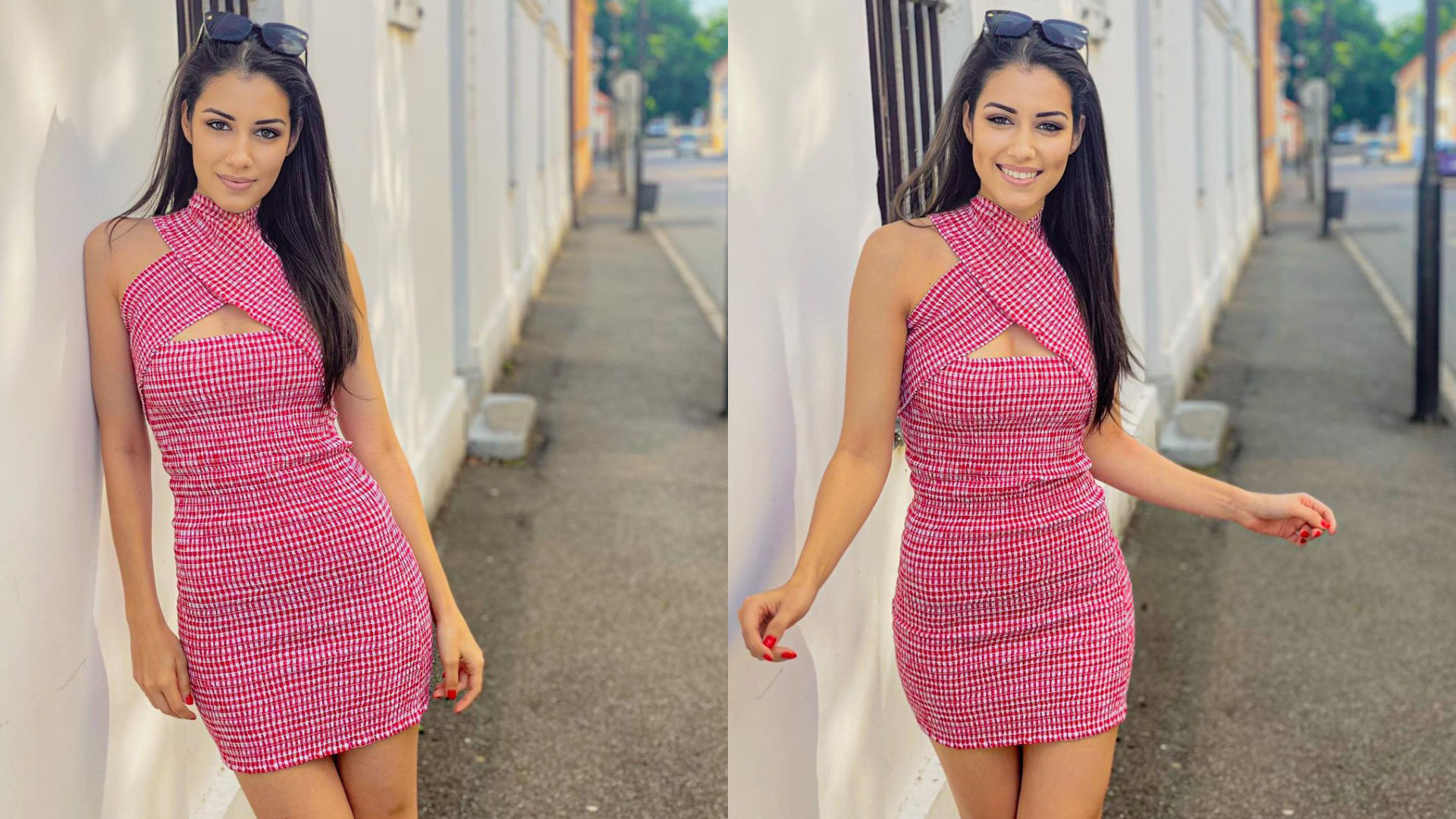 It’s also a great way to display masculinity and as a result, the woman feels more feminine and girly around you.

She doesn’t feel like you and her are just neutral friends, or you are basically the same in terms of dominance. 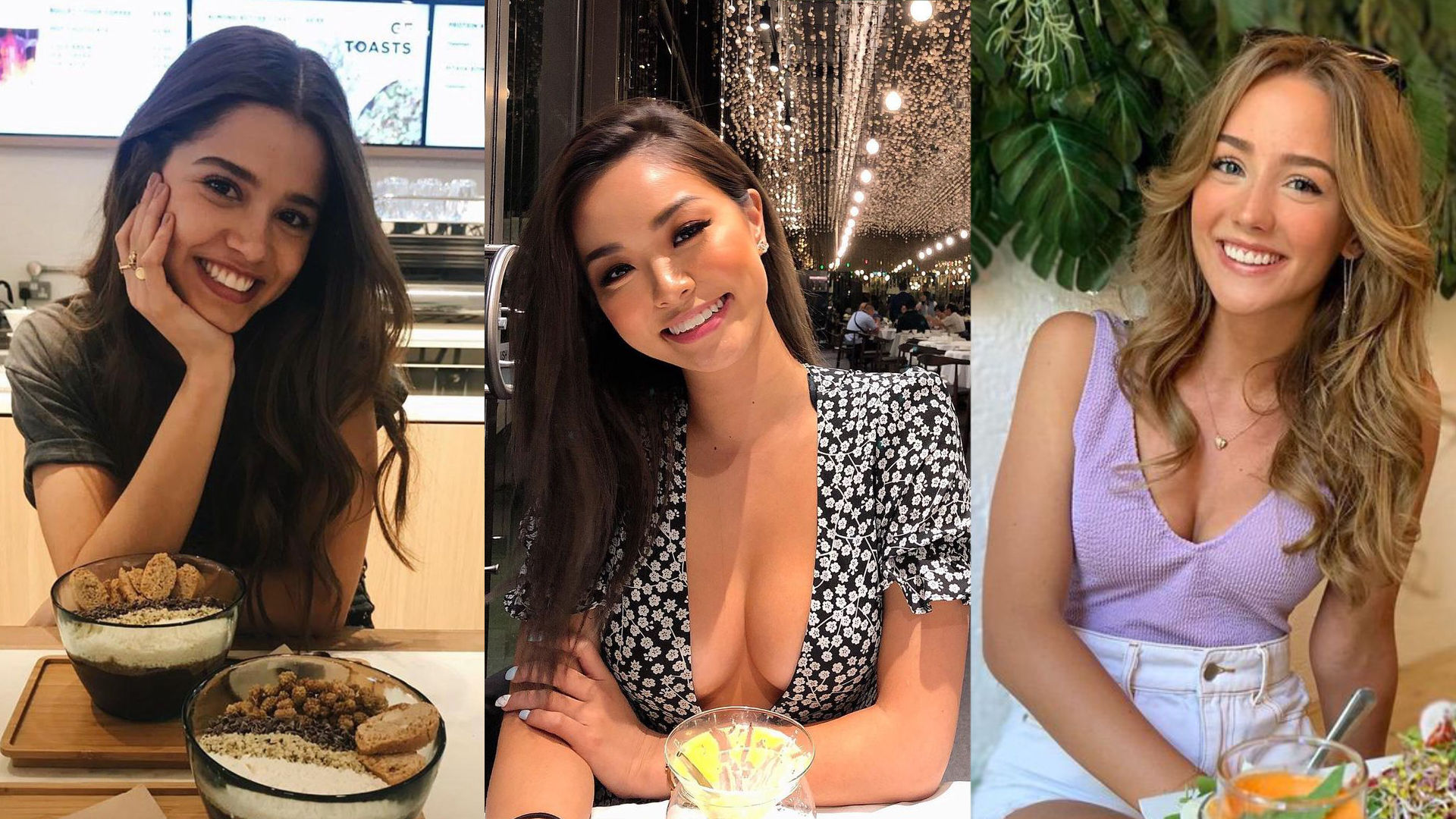 When you’re one of the guys who have the confidence and courage to speak in a manly way, you will see that women find you very attractive.

2. She’s an accountant and she’s blonde

“Well, that breaks the stereotype. Aren’t blondes usually ditzy? How the heck do you have a brain and blonde hair at the same time? Doesn’t make sense.”

You’re only messing around and playing with the stereotype that blondes are dumb and blondes are ditzy and so on.

3. She asks if you’ve watched any good movies lately 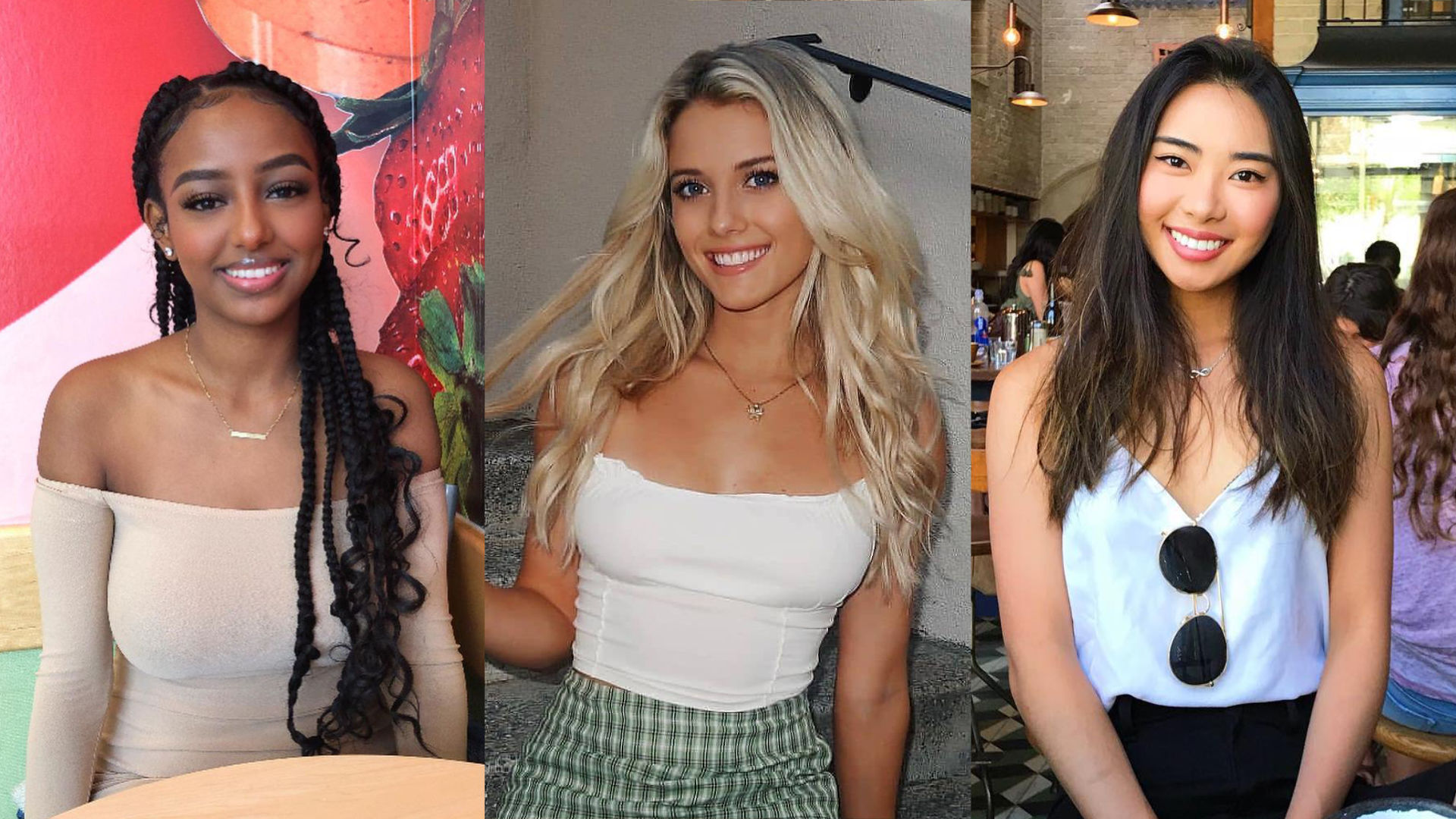 “Well, the answer to that would, unfortunately, be no. I really like movies, but I haven’t seen any good ones lately. How about you?”

Now, there’s nothing wrong with saying that without the pauses, but the pauses add effect and make the woman feel attracted to your confidence and manliness.

Compare that to a guy who says it fast because he’s worried about her losing interest midway through what he’s saying.

“Well, the answer to that would, unfortunately, be no. I really like movies, but I haven’t seen any good ones lately. How about you?”

Compared to, “Well, the answer to that would, unfortunately, be no. I really like movies, but I haven’t seen any good ones lately. How about you?”

It’s the subtle signals that you send to women that make all the difference in terms of their attraction for you.

When you get the subtle stuff right, attracting women is easy.

4. She asks if you have a girlfriend

You can answer that question in many different ways.

You can just say yes or no, or ask her why she’s asking you and so on.

However, you can also use it as an opportunity to make her feel attracted by pausing and also using some humor.

So, she asks you if you have a girlfriend.

“Yes, but she only comes over on Wednesdays and Fridays, so you can come over any other night. It’s fine.”

Now that’s going to be funny to the woman because it’s usually the man who takes a woman out; a man who asks a woman out.

In this case, you have the confidence to suggest that she’s asking if you have a girlfriend or not because she wants to take you out.

You are turning it into something that you and her can laugh about and you’re also making her feel like she’s trying to impress you.

You can then say something like this, “Yeah, right. I’ve seen the way you have been looking at me. It’s so obvious.”

Alternatively, to her suggesting that the guy has to take the girl out, you can jokingly say, “Alright, well, I’ll take you out, but you are picking me up and dropping me off and you are paying.”

Obviously, you’re only joking and will pick her up or meet her there.

However, the fact that you have the confidence and courage to pause and play with her a little during a conversation is very attractive to women.

It signals to her that you’re not afraid of her and you aren’t worried about her losing interest, if you don’t answer all of her questions quickly and in the most straightforward manner possible.

It also makes her feel like she needs to impress you to maintain your interest.

You’re not like 99% of guys who will do anything to be with her.

You do like her, but you’re not desperate and she’s going to be a lucky girl if she gets a chance with you.

She knows it and you know it.

If you don’t know it, you should start believing it because women want you to believe in yourself.

Women are attracted to confidence and turned off by insecurity.

So, believe in yourself and talk to women in a way that makes them feel attracted.

When you do that, you will see that pretty women feel attracted to you in ways that you may never have experienced before, or have only rarely experienced in life.

Not Knowing Causes You to Feel Insecure and Fearful. Knowing Creates Confidence and Courage

One final point that I want to make for you in this video, is that a lot of guys fear talking to women that they find attractive because they don’t actually know how to create sparks of attraction when interacting with a woman.

So, a guy will try to talk to a woman that he finds attractive and he’ll be friendly and nice.

He’ll try to get along with her and in almost all cases, there won’t be sparks flying back and forth between him and her.

He may feel attracted to her, but she won’t really feel much based on just the neutral, friendly, nice approach that he’s using.

In almost all cases, he could attract her and she would even want to get into a relationship with him, if he could just create sparks of attraction inside of her.

When you make women feel sparks of attraction for you during a conversation, they begin to look at you differently.

You may not be her usual physical type or what she thought she would go for, but based on the sparks of attraction that you’re making her feel, she then really begins to like you and even how you look.

She likes the whole package of you, which is why you’ll often see guys who have pretty girlfriends and you may think, “How did he get her? What am I doing wrong that that guy is doing right? What does he have that I don’t?”

Some guys assume that the guy must be rich, but in almost all cases, the guy is just a normal, everyday guy.

It’s a very small percentage of the population who are millionaires and billionaires.

Most guys are just getting by.

Most guys are just paying bills.

Most guys are just working in ordinary jobs, or trying to get somewhere in their job and they’re not hugely successful.

Yet, they have a pretty girlfriend because you can make women feel attracted to you as you talk to them.

By the way, if you learned something interesting from this video and you are one of the guys who struggle to keep conversations going and keep them interesting when talking to women, then I have two recommendations for you.

The first recommendation is The Flow.

That is my eBook which is also available on audio.

When you read The Flow or listen to The Flow on Audio, you will learn exactly what to say and do to go from hello to sex with a woman that you find attractive.

If you want to get loads more examples of how to start conversations and how to keep conversations going and keep them interesting when talking to a woman, then I recommend that you listen to The Ultimate Guide to Conversation.

It includes 72 Conversation Starters, loads of examples of what to say to keep conversations going and keep them interesting, how to flirt with women and use humor during conversation and so on.

After listening to The Ultimate Guide to Conversation, you’ll never run out of things to say ever again.

By the way, you can also get The Flow and The Ultimate Guide to Conversation in a discount pack.