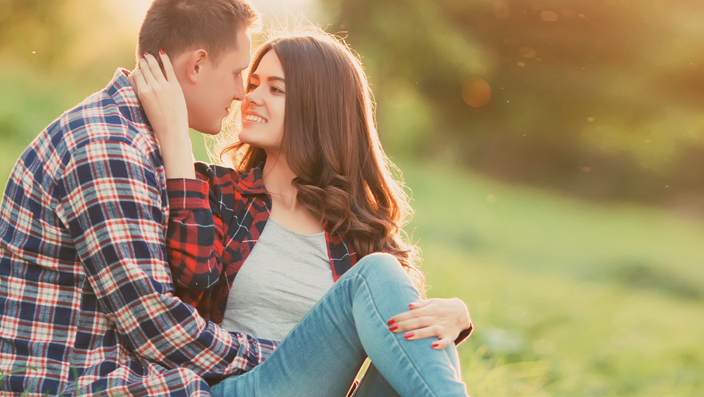 How to Get Your Relationship Back to the Way it Was

How can you get a relationship back to how it was at the start, when you and her were falling in love and you really wanted to be with each other?

You couldn’t keep your hands off each other, you loved spending time with each other and you looked at each other in a positive light.

You had good thoughts about each other.

You behaved well around each other.

You wanted to treat each other well and as a result, you and her had a really good time together.

Well, one school of thought is that a couple should go back and do what they used to do when they were falling in love, whether that be going to the movies, having dinner, going to a certain park, going to the beach, hanging out with friends and so on. 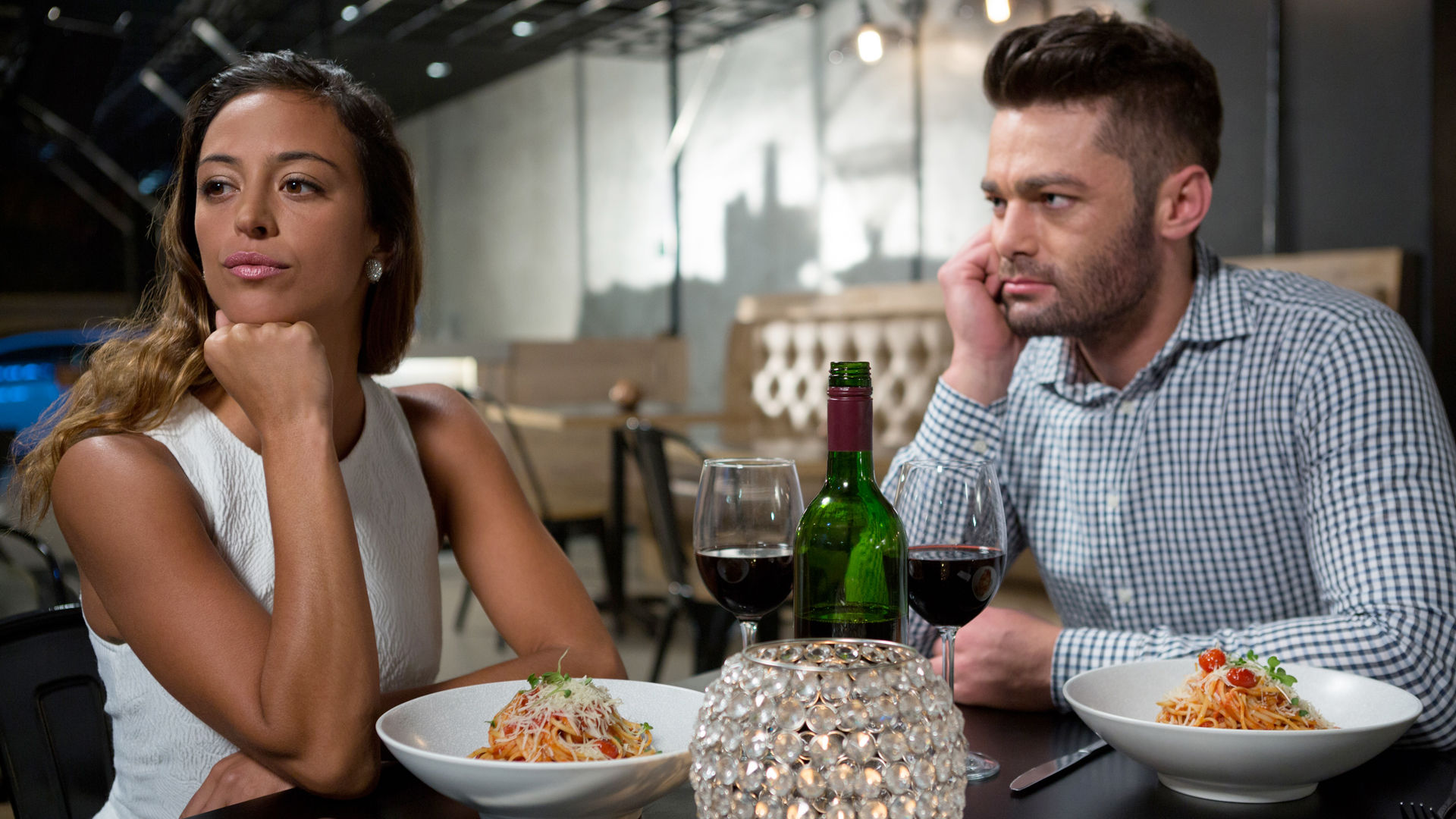 For example: Many couples end up doing the same thing over and over again for years and even decades, so they’re already doing what they did at the start of their relationship.

As a result, that’s not going to make things go back to the way they were at the start because they’re already doing it.

Their relationship isn’t fun anymore, they’re not feeling like they’re in love and they are going and doing the things that they used to do together.

I say “may” because sometimes a couple will start doing the things that they used to do at the start, but then will realize that it doesn’t feel the way it used to.

When they used to go to a dinner and a movie, it felt great.

They were in love.

They looked at each other in a positive light.

They had a good time together.

Let’s go and get the car parked.

Now, let’s go and get a ticket.

We’ll go to the movies now and we’ll get some popcorn and some Coke or whatever.

We’ll sit down and we’ll watch the movie and after the movie, talk about the movie a little bit, go home, go to sleep, no sex, good night.

So, if a couple is trying to get their relationship back to the way it used to be and they go and watch a movie and have some dinner, it isn’t necessarily going to make things go back to the way they used to be.

Going somewhere and doing something with your woman isn’t the point.

This is where a lot of guys go wrong.

A guy tries to get things back to the way that they used to be by being a bit more flirtatious, touching her more, hugging her, trying to give her a kiss, trying to be a bit more playful and she doesn’t immediately get on board with that.

She’s in the habit of being moody and disrespectful towards him so she keeps doing that.

At that point, some men will just give up and think that the spark is dead, she doesn’t think of him in that way anymore and there’s nothing that he can do about it.

He might feel resentful and say that he’s trying to make the relationship work and she’s not even willing to make an effort.

She is just being moody and disrespectful and he’s very annoyed by that.

Another guy might see his woman’s reluctance to be affectionate and loving as meaning that he has to try harder so he will try harder and harder to impress her.

He will buy her things, he will try to suck up to her and he will hope that she will eventually see how good of a man he is and how much he deserves her to treat him better.

Yet, those approaches don’t work.

Instead, what you need to understand is that sometimes it takes a little bit of time for a person to change.

For example: When your woman wants you to change something, even though you want to do it, sometimes you’ll make a mistake.

Sometimes you’ll slip into your old patterns of behavior and do the thing that she doesn’t want you to do anymore.

Instead, it just takes a bit of time to change a habit or behavior.

Now, that doesn’t mean that you should wait months or years for her to eventually change.

Instead, you can make her feel motivated to change very quickly and be more loving and affectionate towards you and really enjoy that side of herself.

For example: If a couple went back to a particular park or a beach that they used to like going to and the man is in the habit of not initiating affection with this woman because he is afraid of getting rejected by her, or he is annoyed at how she keeps rejecting him, then he needs to break that pattern of behavior.

He needs to have the confidence, the courage and the masculinity to be the stronger one in that moment, to let her see that he’s not afraid to initiate affection with her.

Let her see that he doesn’t back down and become insecure, annoyed or even angry when she doesn’t immediately warm up to him.

What happens then, is that a woman naturally feels respect and attraction for her man’s confidence, courage and masculinity in that moment.

It literally triggers her feelings of sexual attraction and respect for him.

When that happens, she starts to reconnect with the love that she used to feel for him and in that moment, the relationship begins to go back to the way it was at the start.

If you’d like to learn my most powerful techniques for making a woman feel increasingly respectful, attracted and in love with you in a relationship or a marriage, I recommend that you watch or listen to my program, Make Her Love You For Life.

What you’ll learn in this program will completely transform your relationship with her.

You will see a totally new side of her where she is so much more affectionate, loving, caring and enjoyable to be around.

An important thing to point out here is that Make Her Love You For Life is for a relationship or a marriage that is still together, but is no longer happy.

The respect, attraction and love isn’t there anymore and the couple is experiencing problems as a result.

If you’re in a situation where your girlfriend has broken up with you, or you and your wife have separated or divorced, then the program for you is Get Your Ex Back Super System.

This is my tested, proven to work method for getting a woman back after a break-up, separation or divorce.

I thoroughly tested this step-by-step method by helping over 100 phone-coaching clients to get their ex girlfriend or ex wife back and then I recorded the program.

So, when you watch the program, you will find that it resonates with you.

You will realize that you’ve been making a lot of the mistakes that I point out in the program and you will learn the right way to do things from now on, so she feels a renewed sense of respect, attraction and love for you and wants to get back with you.

So, if you’ve already broken-up, separated or divorced, the program for you is Get Your Ex Back Super System.

If you’re still in the relationship or a marriage, but you’re having problems with her, the program for you is Make Her Love You For Life.

One final point that I want to make for you in this video is that a relationship will always change over time, but a truly happy relationship is where the love, respect and attraction deepens over time rather than fading away.

You’ve seen those couples who fall more and more in love with each other as the years and decades go on.

That is what’s possible.

You really can experience that with your woman, even if you and her have gotten to a point where the spark has died, the fun isn’t there anymore and you just don’t feel like you are in love with each other anymore.

You can literally turn things around and create a new relationship dynamic that gets better and better over time.

How to Maintain a Woman’s Attraction in a Relationship