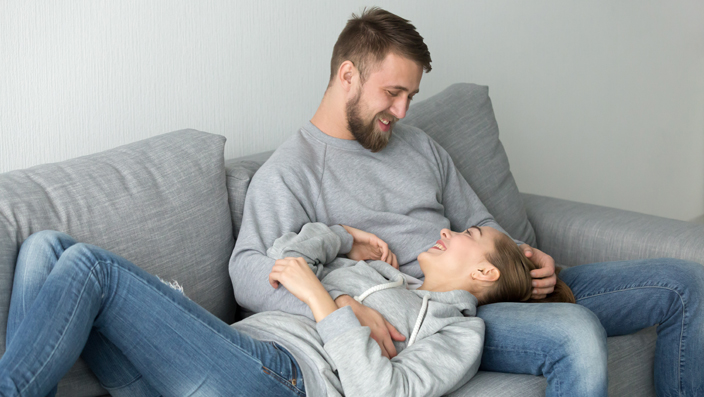 How to Stop Getting Angry at Your Girlfriend or Wife

If you tend to get angry at your girlfriend or wife fairly often, one of the main reasons why will be that you’re expecting her to be more like you.

In other words, be consistent, be logical, makes sense, don’t create any drama, be straightforward and so on.

Yet, that’s just not going to happen because she’s a woman and she’s going to want to behave like a woman.

In fact, when a man behaves like a man and lets his woman behave like a woman, they will naturally feel sexually attracted to each other.

It’s when a man expects his woman to be more like a man that the sexual attraction between them begins to fade away.

So, if you want to enjoy a happy, attracted and in love relationship with your woman, you have to allow her to be a woman and at times, that’s going to mean she behaves in ways that you wouldn’t behave and that you might think silly, or are childish and so on.

So, what’s an example?

Well, imagine that a man is sitting on the sofa with his woman on a Saturday evening.

Yet, that’s not an effective approach to use in a relationship with a woman.

You don’t need to drag yourself into unnecessary drama with a woman.

You just don’t need to create that type of stress for yourself.

There are better ways to handle it.

Then, because he didn’t react in an angry way and was able to maintain control of his emotions, she is then going to feel like the one who has messed up.

She’s going to feel like she was being a bit of a pain in the butt in that situation.

So, then 15 minutes, 30 minutes or maybe even an hour later, she might say something like, “Well, what movies are on?”

He can then continue to maintain control of his emotions, check what movies are on and talk about it and they can go watch a movie and enjoy themselves that night.

As a result of using that approach, he didn’t need to waste loads of energy and stress out getting into arguments with her and create divisions between him and her.

That is not an effective approach to use in a relationship with a woman.

You don’t need to drag yourself into unnecessary drama with a woman.

One of the other reasons, in addition to not wasting your energy on that sort of stuff is that, if you create drama with a woman based on those sort of things, she will almost certainly end up making it out to be your fault because you will end up becoming angry.

She will end up saying that you’re being ridiculous, you’re scaring her or whatever and it will end up being your fault.

So, don’t play the angry game and the drama game with a woman.

The best approach is to maintain control of your emotions and interact with her in ways that make her respect you, make her treat you better, make her behave better.

As a man, you need to be prepared for that.

You need to be prepared for the fact that she’s not going to be consistent and straightforward like a man.

If you allow her to behave like a woman and have those little moments where she isn’t being consistent and you don’t get angry, then she’s going to feel so much more respect, attraction and love for you.

As a result, she’ll naturally feel the motivation to be a good girl for you.

She’ll want to be on her best behavior or be on better behavior and get better and better for you over time.

She won’t want to continue being a pain in the butt when you interact with her in ways that let her realize that it’s her fault, rather than you getting angry, getting into a huge argument and her making it out to be your fault.

If you’d like to learn more, I recommend that you watch or listen to my program, Make Her Love You For Life.

When you watch or listen to the program, you will learn techniques that take the stress out of being in a relationship with a woman.

You will learn how to bring out the best in her, how to make her treat you with more respect, be more attracted to you, be more loving and be a good girl for you.

As a result, you and her can get on with enjoying your relationship together and not having to waste time and energy getting into stressful arguments that don’t need to happen in the first place.

One final point that I want to make for you in this video, is to point out the fact that sometimes a woman will say something that she doesn’t mean just to test how you’ll react.

For example: A woman will say that she doesn’t like movies and they’re boring, even though she likes going to movies and she enjoys eating some popcorn and kicking back with her boyfriend or husband.

One of the reasons why a woman will do that is based on her instinctive need to feel safe with a man.

She wants to be able to see that you can handle yourself emotionally, you don’t lose control of your emotions and get rattled by things based on what other people are saying and doing.

You are an emotionally independent man and you can handle yourself in social situations.

You’re the sort of man that other men naturally respect because you have your stuff together.

When you’re in a situation socially, people can see that you don’t get rattled by what they’re saying or doing.

You are in control of your emotions.

As a result, people respect you more and as a result of that, your woman feels safer with you.

So, one of the most important roles that a woman plays in a man’s life when in a relationship is to make him emotionally stronger.

If her man is unable to handle her challenges and tests and loses control of his emotions all the time and gets angry or sulks and whines and complains, then she will know that he isn’t yet strong enough for a woman like her.

He doesn’t have the emotional strength that she wants in a man to feel safe.

Yet, when a man can handle his woman’s tests and doesn’t lose control of his emotions and get angry or whine and complain and sulk, then she can look up to him and respect him.

She naturally feels a deep respect, attraction and love for him.

As a result, she feels motivated to be a good woman for him.

Her tests start to decrease because she knows that he is man enough for her and her good behavior begins to increase.

Over time, she becomes a better and better woman for him and as a result both him and her are happier together.

So, if you’ve been getting angry with your girlfriend or wife, then just understand that there are other ways to approach the situation.

You don’t have to waste energy and time getting into pointless arguments with a woman who will end up making it out to be your fault anyway.

There are better ways to approach it.

The best approach to take is to maintain control of your emotions and interact with her in a way that brings out the best in her.

Get her to be a better woman for you.