How to Talk to People in a Waiting Room

As long as you have a confident, relaxed and easy-going attitude, you can meet and talk with women anywhere (e.g. in a bar, a sports game, a coffee shop, at the mall and even in a waiting room).

However, this doesn’t mean that a guy should just walk up to women in waiting rooms and openly hit on them in the same way that he would in a bar or a nightclub.

Each place or environment that you can meet a woman in has a specific protocol that a guy needs to be aware of if he wants to get positive results. Knowing how to talk to people in a waiting room is important because it is very different to how you would talk to someone in a nightclub or at the mall. 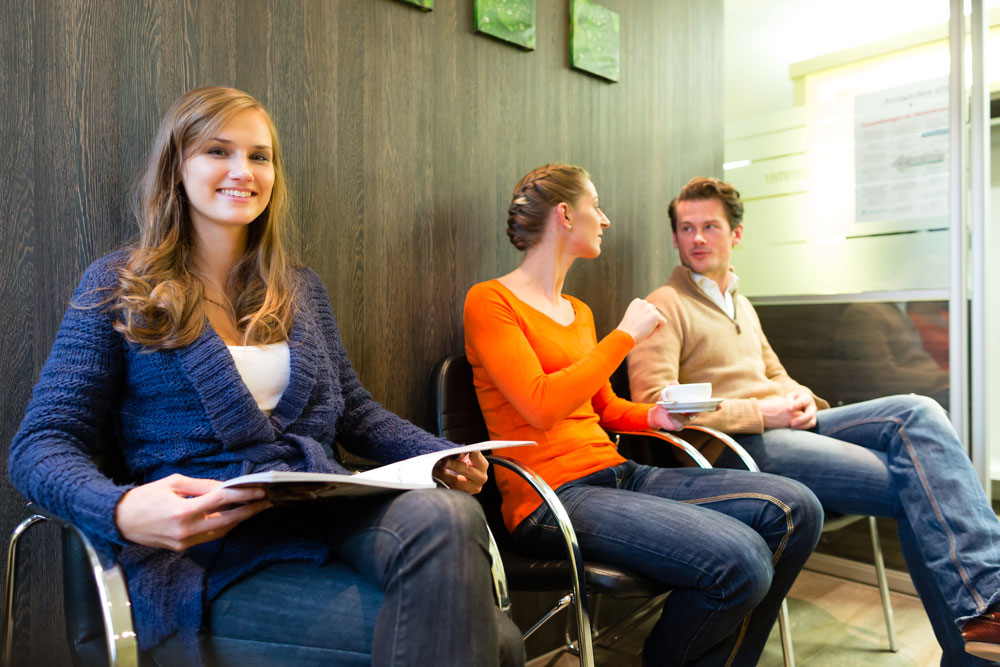 For example: If a guy is in a dentist’s waiting room and notices an attractive woman, the best approach to use it to be confident, easy going and add in some humor.

You: Hey…how you doing?
Her: Oh, hi…fine thanks.
You: I’m a bit scared…I’m getting all of my teeth out today.
Her: Really? Oh my god…really?
You: [Smile and say] Yep, I’m taking them all out…I’m going to start a new trend – the No Teeth Trend.
Her: [Most-likely smiling or laughing].
You: Just kidding…I’m here for a normal check up…I like my teeth and I’m keep them all. How about you? You getting all your teeth out?

At that point, the woman will be smiling or laughing and will happy to have a chat with you. Your easy-going attitude and humor will have lightened the mood and created a private connection between you and her. 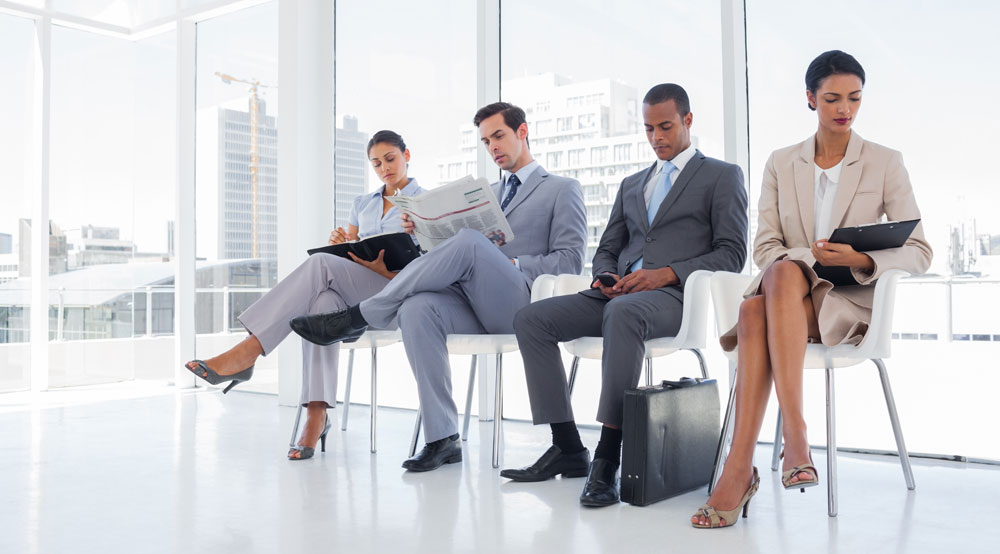 Sometimes it is necessary to be professional and not joke around too much with people in meeting rooms. However, for the most part, there’s no reason to be overly serious.

Most people are afraid to talk and be normal in waiting rooms because they simply copy what everyone else is doing (i.e. feeling afraid to do say anything because it’s so quiet and everyone will hear). However, this does not mean that women are not open to being approached in certain types of waiting rooms (e.g. dentist’s waiting room).

If you do it right (i.e. be confident, easy-going and add in some humor), you can easily walk away with a woman’s phone number after meeting her briefly in a waiting room. However, do it wrong and it will probably feel awkward for both of you.

Some of the mistakes that guys make when trying to talk to women in a waiting room include:

Every location where a guy can meet a woman is different and so should be the approach.

A woman in a waiting room is often there on serious business, a guy’s approach and conversation style should match and reflect this.

2. Behaving in an unattractive way.

If a guy tries to approach a woman in a waiting room while behaving in a hesitant, insecure, anxious and nervous way, he is setting himself up for failure.

Women are naturally attracted to guys who behave in a masculine way (e.g. they have a masculine vibe, relaxed confidence, are present in the moment rather than being all up in their head, etc) and any perceived weakness (e.g. insecurity, nervousness, etc) will not be attractive to her; especially in a waiting room where time is limited and first impressions have to be made quickly and convincingly.

If a guy manages to get as far as striking up a conversation with a woman in a waiting room, his lack of conversation skills, and his inability to engage her and to create attraction between them, means that his efforts have been wasted. A good conversation is the surest way to get a woman to drop her guard and open up about herself.

However, if a guy resorts to an interview style conversation with an endless list of questions, or else he talks all about himself and his reasons for being in the waiting room (his ingrown toenail, his legal problems, or his double impacted wisdom teeth), he can be sure that he will leave there without her telephone number.

A guy who lacks social intelligence does not know how to engage people in a comfortable, easy-going way when in different social environments.

For example: If a guy is too upbeat and talks either too loudly or too softly in the waiting room, this can cause a woman to close up because he is making the situation feel unnecessarily weird and uncomfortable.

Most women aren’t very socially confident, even though they go around acting like they are. So, most of the woman that a guy approaches to talks to in a waiting room will initially uncomfortable.

However, is able to make her relax and enjoy the interaction, she will be impressed that he has the social intelligence to be able to make a conversation in a quiet waiting room feel comfortable.

5. Embarrassing her in front of others.

If the guy is too obvious in his attraction for her and flirts outrageously with her in front of everyone, he can make her feel embarrassed in front of the other people in the waiting room. Inappropriate flirting and body language such as becoming too familiar too soon, especially in front of other people, will get him rejected outright.

If the guy tries to approach a woman by being too nice, trying to be agreeable over everything and acts like he believes that she is better than him and that he does not deserve her, she will sense this and she will remain aloof.

If a guy is too nice he will not create an opening for attraction because she can easily misinterpret his intentions and just assume that he’s a friendly guy, and she will go about her business without paying any attention to him.

Attracting Women is a Lot Easier Than You Might Think

Attracting women that you meet in different environments, such as waiting rooms, is a lot easier than you might think. Most guys don’t realize how easy women are to pick up because they make classic mistakes, which then cause the woman to reject them. However, when you use the right approach, it really is very simple, easy and natural to pick up random women that you meet.

With our program, 21 Great Ways to Get a Girlfriend, you will learn how to approach and pick up women in 21 different environments. You will know what to say and do to get a woman eagerly giving you her phone number or adding you to Facebook and wanting to go on a date with you.

When you use the right techniques, picking up women is a lot easier than you might be able to imagine right now. Being able to approach, attract and pick up women is one of the easiest, most exciting and most rewarding things that a guy can ever learn how to do.