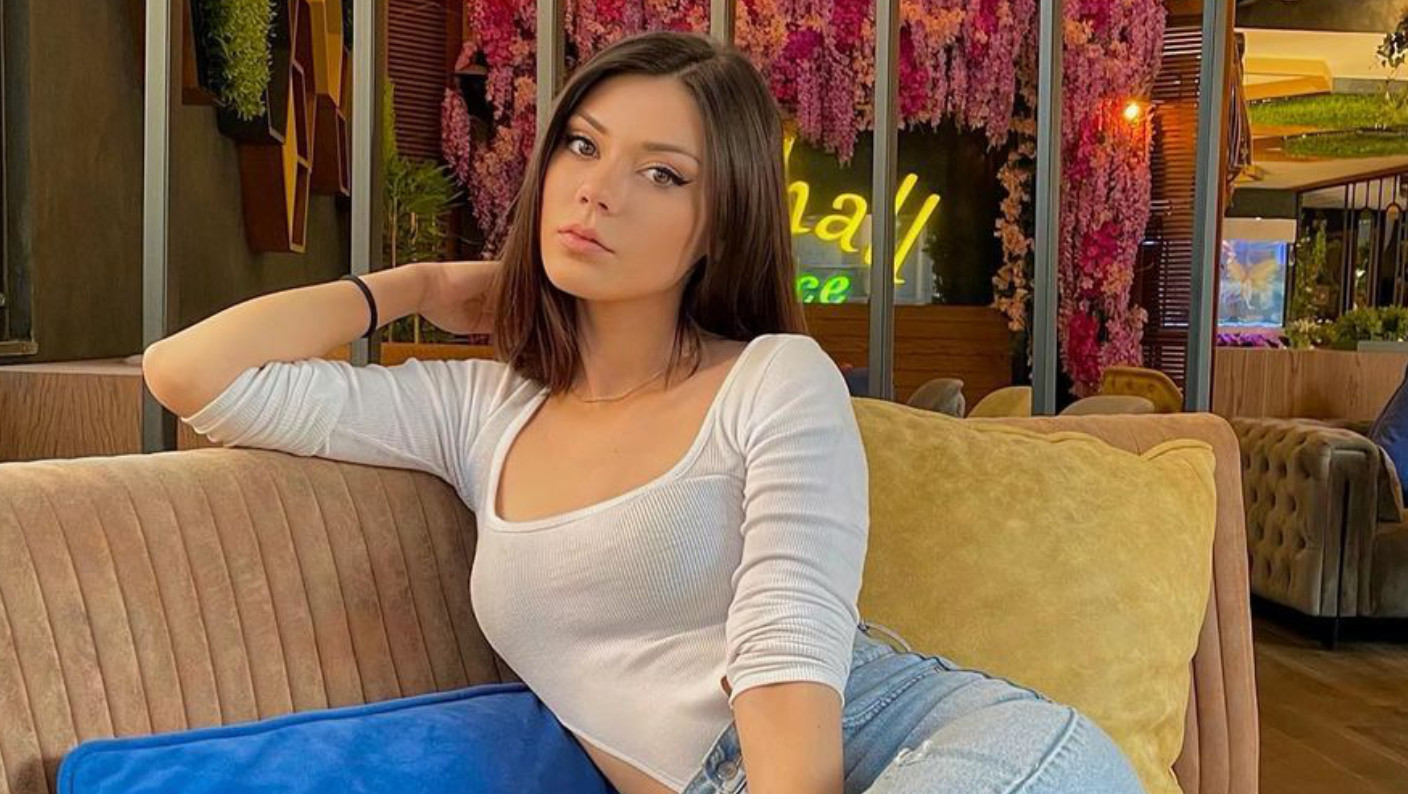 Here are 8 different ways to make your ex want you again:

1. Focus on the 5 main things that would make her want you again

Some of the things that will make her feel renewed respect for you are:

The more respect you make her feel, the more she will open back up to you.

A woman’s attraction can be created or sparked and brought back to life, based on how you think, talk, behave, feel and act around her.

For example: Here are some of the ways you can create new feelings of attraction in your ex and make her want you again…

3. Reconnecting with her feelings of love

That happens naturally without any effort on your part when a woman is feeling respect and attraction for you.

4. Sensing that a relationship would feel even better than before

Based on your approach to her, she can sense that you are now able to create a more ideal relationship dynamic (i.e. you treat her well and make her feel loved and appreciated but also motivate her to be a good woman back to you), which will result in her being happy with you rather than miserable.

5. Realizing that she could lose this better version of you

You have leveled up and are now a better version of yourself.

So, when you interact with her from now on and she notices that you have become the kind of man she always wanted (and that other women want), it motivates her to get back together, rather than risk losing you.

2. Get clear on the subtle things about your approach to her that turned her off

In most cases, a man knows some of the bigger reasons why his ex broke up with him (e.g. they’re having financial problems, she doesn’t like his friends, she wants to settle down and he doesn’t or vice versa, they keep getting into fights).

Yet, there are also many, more subtle things that turn a woman off that she rarely tells her man about.

For example: Some of the subtle things that can turn a woman off and cause her to break up with her man are…

These are just a few examples and may or may not apply to your relationship with your ex.

The important thing is to understand why she was really turned off by you, so you can then make the right changes that have the most impact on her.

3. Attract her via social media before contacting her

To do that you need to make sure that you delete any recent photos of you on your own, of your pet/house/car, or memes with depressing themes.

Replace anything that can be interpreted as you being lonely or sad with photos of you having fun with other people, looking confident, happy and content.

Important: Your photos must be recent (i.e. since the breakup) and of you with other people, smiling and looking happy.

Forget the sunsets, your coffee, your plate of food at the new restaurant, or even of you by yourself, no matter how good you think you look.

Regardless of how good you look in a selfie, or how great the sunset or tasty the food, it simply won’t have the desired effect (i.e. sparking her curiosity and making her want to interact with you) if you’re on your own.

Some women will actually ignore an ex if he seems lonely, lost or sad without her.

Then, even if none of those things are true, she believes she’s better off without him and continues moving on.

On the other hand, a lot of women feel attracted to men who do the opposite (i.e. are happy and enjoying life without her).

So, make sure that you focus on genuinely having fun with other people and then posting photos of those good times, so she can see them if she happens to look after you contact her.

4. Make her realize that you are a better option than her risking more time dating other guys

Dating isn’t always easy for both men and women.

According to some studies, 60% of unmarried relationships break up within 2 months and 70% end within 1 year.

So, a woman will almost always prefer to get back with an ex that she already knows, than to start over with a completely different guy, spend months getting to know him and then end up breaking up anyway.

However, she won’t get back with her ex, if she’s not convinced that he’s a better option compared to finding a new man.

In the case of your ex, it’s up to you to show her that you are (a better option).

Not by telling her, but by showing her via your actions, behavior and the way you look and respond to her.

Let her see that you’ve leveled up as a man and can now offer her a completely different relationship experience.

Change how she feels about the old you by letting her experience the new you.

When you change and improve on the things that caused her to lose touch with her feelings of sexual attraction and romantic love for you (e.g. you’re no longer the clingy, needy guy she fell out of love with, you’re more assertive and emotionally masculine), her feelings for you will also change.

It happens naturally and automatically, even if she doesn’t want it to or if she tries to fight it or hide it.

5. Make sure that you only want her back, but don’t need her back

It may sound the same, but it isn’t.

Wanting her back means that you still love her and would like to experience the true power of new love in a relationship with her again.

On the other hand, needing her implies that you’re unable to cope with the emotional pain of being without her.

You can’t move forward with your life because you’re lonely and sad and the future seems hopeless without her.

Unfortunately, neediness is a huge turn off for most women.

It isn’t romantic to them and doesn’t make them feel flattered.

That only happens in the movies or in romantic stories.

In the real world, neediness in a man implies that a woman will have to take on the responsibility of supporting him emotionally and making him feel worthy, happy and full of self-esteem.

If a woman has to do that, she feels like his mother or teacher.

So, if you want to make your ex want you again, focus on getting to the point where you truly believe that you don’t need her to feel happy and enjoy your life.

You can’t pretend that you’re happy though.

You have to genuinely feel happy, content and emotionally fulfilled without her.

If you try to fake it, she will sense it via your body language, or by what you say and she will remain closed off.

6. Call her and if she doesn’t answer, send her a confident voice text

Texting may be easier and more convenient, but a call or voice text is much more effective in getting a favorable response from an ex woman.

It’s a lot more honest than a bunch of words on a screen.

A call or voice message doesn’t allow a guy to hide any feelings of insecurity or neediness he may be feeling.

Likewise, he can’t fake being confident, relaxed or at ease.

Instead, it’s right there in the tone of his voice.

Another reason why hearing a guy’s voice is so much more effective in attracting a woman is because it takes a lot more courage to talk to her than it does to hide behind typed words.

Courage, confidence and emotional strength are all qualities that are instinctively attractive to women.

In many cases, a spark can immediately happen on a call or because of how a guy sounds in voice texts.

On the other hand, the negative consequences of typed texts are:

So, at the very least, use voice texts to open the lines of communication with your ex.

Then transition to a phone call.

She will already have heard your voice in the voice text, sensed your confidence and that you’re not being needy and as a result, will be a lot more open and curious to talk to you.

7. Take control of the situation and lead the way, rather than relying on her to do it

Sometimes a woman will be missing her ex, but be afraid to contact him because she is worried he might reject her (e.g. because she broke up with him initially, he’s not interested anymore, he’s moved on and has a new girl already).

So she forces herself to move on, even though there’s a good chance she would get back together with him if he made a move.

Likewise, a guy might re-attract his ex-on a call or in person, but then just wait for clear, obvious signs from her that she is interested in getting back together again.

In almost all cases, he won’t get them.

Regardless of how attracted she feels, or how much she wants to reconcile, a woman will usually wait for the man to take the lead and guide them both back into a relationship.

If he doesn’t, she will often prefer to force herself to get over him and move on with a new man, than make a move and risk being rejected or ending up in a relationship with a timid man who doesn’t have the balls to go after what he wants in life.

So, don’t be that type of man.

Be courageous and emotionally masculine enough to lead the way and get the relationship with your ex back together again.

8. Follow a proven plan, rather than just doing whatever comes to mind

Many of the things a guy will try to get an ex back just won’t work.

Most of those things come from a place of insecurity, desperation, or a lack of awareness of what attracts women.

For example: Some ineffective things a guy might do to try and get his ex to want him again are…

Of course, in most cases, these things don’t work, so he gives up on the chance of getting his ex back.

There is a proven plan you can follow that will help you make your ex want you again sooner than you may have thought possible.

So, stop wasting time and start doing the things that will get her back today.

How to Manipulate Your Ex Girlfriend to Get Back With You