If you want to know what makes a woman like a man, the answer is very simple:

A woman will like a man when he can trigger her feelings of respect and sexual attraction for him.

When a guy displays the types of personality traits and behaviors that women feel attracted to, women naturally like him and feel drawn to him.

Most guys automatically assume that because they like a woman based on whether she’s physically attractive or not, women like men based for the same reason.

For guys, liking a woman is easy.

If she is pretty, wears sexy clothes or has a nice body, then most guys will like her and feel attracted to her regardless of whether she is intelligent, interesting or even a nice person.

However, almost all women like men for other reasons than looks.

Of course, before a woman has a chance to interact with a guy in person, she will look at his appearance and judge him on that, but regardless of whether she thinks he’s hot or plain, if he can make her feel the way she wants to feel when she’s interacting with him, she will like him and feel attracted to him.

For example: A woman might notice a guy and think, “He’s really not my type,” but when he approaches her and makes her feel a lot of attraction to his personality (e.g. his confidence, masculine vibe, his ability to make her laugh), her feelings for him also change.

That is how a woman’s attraction really works.

Rather than dwell on all the reasons why he’s not her physical type, most women (not all) will look at him in in a more positive light and will even come to like the way he looks.

For example: If a guy is bald, has a big nose or is overweight, most women will go from feeling turned off by his look to saying, “He’s cute…I like him…I don’t usually find bald guys sexy, but he is different.”

Of course, there are some women who only like men because of their looks, money and status, but the majority of women have what is called an Open Type.

Essentially this means that most women are open to dating many different types of guys, as long as the guy can make her feel attracted by his behavior, personality and inner qualities (e.g. confidence, charisma, self-esteem, humor).

Have You Been Making Excuses About Why Women Don’t Like You? 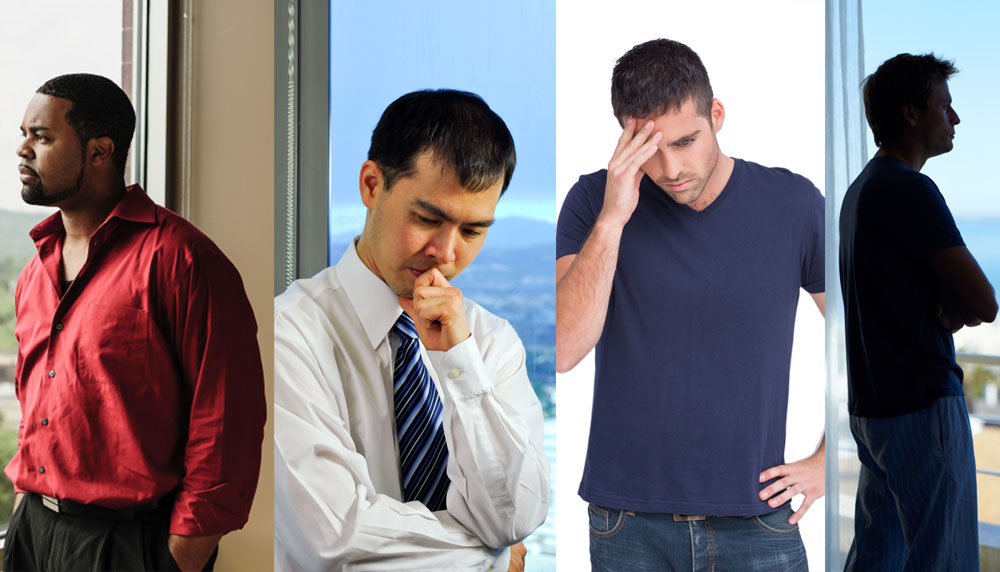 Some guys who don’t understand attraction get angry about how women keep rejecting them and don’t ever seem to be interested, even though the guy is a good guy and has good intentions.

If he gets really angry about it, he might become irrational and believe that he needs to look like a male model, have loads of money, a huge dick and live like rock star before women will like him.

Guys like that go through life making excuses like, “I’m just not good looking enough…that’s why women don’t like me,” or “Women are just after money and status and since I don’t have either, they don’t like me. Bitches!”

Yet, that’s just the irrational confusion of millions of guys who don’t even understand how a woman’s attraction for a man really works.

When you make a woman feel attracted to you in many different ways during an interaction (e.g. you turn her on by being confident, you make her laugh, you make her feel sexy in your presence, you make her feel girly in comparison to your masculinity), she starts to look at what you might perceive as being something negative about you (e.g. you’re too short, you have a big nose, your eyes are too close together, etc) and she begins to see them as something about you that is unique and sexy to her.

By making her feel attracted to you in other ways, she begins to like you for who you are on the inside.

Not all women are like that, but most are, so if you have ever wondered, “What makes a woman like a man?” you need to understand that women can be attracted to men for all sorts of reasons.

You don’t have to look like a perfect male model and have loads of money and a huge dick to be attractive to women.

You just have to be able to attract women your personality, behavior and inner qualities.

When you do that, women will instantly warm up to you and then begin to fall for you within the first minute or two of a conversation.

You might think that you aren’t worthy of a woman like that because you don’t look like a model or aren’t a rich megastar, but she thinks otherwise.

She likes you because you make her feel attracted in many different ways when you interact with her.

On the other hand, if a guy is good looking, but is nervous, insecure, puts on a persona (e.g. pretends to be nicer than he really is), his good looks will fade in her eyes.

In fact, when a guy doesn’t know how to make a woman feel attraction for him while interacting with her, no matter how good looking he is, she will begin to look for reasons why she doesn’t like him.

That’s why you will often see plain looking or below average looking guys with hot girlfriends or wives, and good-looking guys who are single (not by choice) or with unattractive women.

It’s easy for a guy to get a woman to like him as a friend, but that is not the same as feeling attracted to him and wanting to have a sexual relationship with him.

There’s nothing wrong with being nice to a woman in a friendly way, but that’s not enough to make her feel sexually attracted to you.

When a guy doesn’t know how to make a woman feel attracted to him, he will hope that if he is super nice to her and treats her like a princess, she will realize how sweet he is and then give him a chance to be with her.

If a woman doesn’t feel a lot of sexual attraction for a guy, she may like him and even enjoy his company, but if he then tries to make a move on her, or tells her how much he likes her, she will rebuff him by saying something like:

When a woman doesn’t feel a lot of sexual attraction for a guy she’s not going to want to be with him in a sexual relationship.

Yes, she will like him as a person, but that’s not enough of a reason for a woman to want to begin a sexual, loving relationship with him.

If you want to make women like you and want to be in a sexual relationship with you, the first thing you need to focus on is sparking her feelings of sexual attraction for you.

Sexual attraction comes first and then everything else will follow on naturally and easily after that.

If you’re not actively making a woman feel sexually attracted to you when you approach her, then it won’t matter if she likes you or not because as soon as another guy comes along who can instantly trigger her feelings of sexual attraction, she will leave you for him in a heartbeat.

Making a woman feel attracted to you is a very easy thing to do.

In fact, when you improve your ability to attract women, you will realize that you’ve been worrying about the wrong things (i.e. how to get a woman to like you enough to give you a chance, how to convince women to like you, etc) for a long time.

You don’t have to be good looking, rich or have a perfect body to attract women.

When you attract women by displaying the personality traits, behaviors and inner qualities that naturally attract women, then you are set for life with women.

So don’t waste another day worrying about how you can make women like you and focus instead on making them feel attracted to you.

When you focus on attraction, everything will naturally fall into place and you will enjoy your choice of women like you always should have.

What Do Women Think About Bald Men?

What Does it Mean When a Woman Stares at You?